A vacationing family looking for something interesting to do decided upon one of our Guided Nature Tours. Specifically it was decided the Alpine Garden tour on Mt Washington would be a fun option, but the chosen day, Monday, was so rainy thanks to the storm named Henri, the tour would have been un-fun and even dangerous. Sure, we could have changed the objective to Lonesome Lake or another, but we prefer delivering the goods and since it was decided the weather would make a considerable turn for the better waiting just one day, we opted to do just that. If we can be flexible, we do try to make such accommodations.

The regular for this sort of thing was unavailable but Redline Guide Mike Cherim took the lead and introduced them to the boreal, krummholz, and alpine zones, and shared some of what he knows about that incredible mountain and the peaks surrounding it, trying all the while to capitalize on teachable moments. Since this was a half day tour, the only reasonable way to get to that elevation and cover the required miles was to use the Auto Road, driving up. One car, the guest’s vehicle, was positioned at the summit while Mike’s Jeep was left at the Cow Pasture where Huntington Ravine Trail and the road meet.

Transportation in position and at the ready, they descended the Huntington Ravine Trail as far as the large cairn marking the top of the ravine, from which they jumped onto the Alpine Garden Trail heading south. They followed that until reaching the Lion Head Trail. From there they went east for a little bit so as to gain a better vantage point of the ravine before doubling back and heading west toward the upper Lion Head/Tuckerman Ravine Trail junction just past the so-called “Split Rock” (the real Split Rock lives on Boott Spur Trail).

With the family’s permission, Mike took a considerable amount of video footage with the plan to document the hike in a final production. And that’s what he did creating this short movie. In this movie, it should be noted that Mike runs into the groom (and his daughter) from a prior wedding on Cathedral Ledge — it’s a small world sometimes. Please enjoy!

Great job one and all! Thank you for adventuring with Redline Guiding. 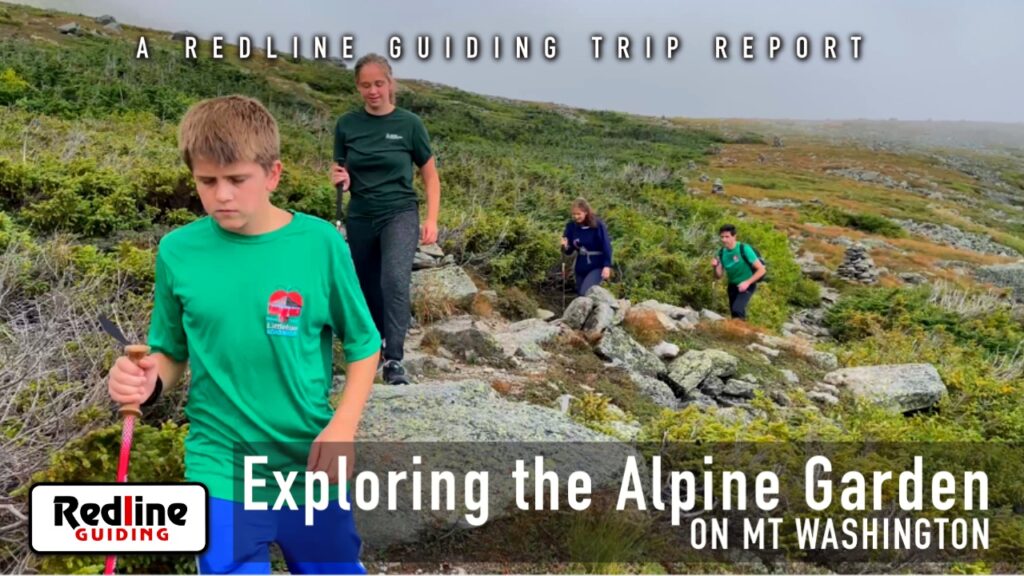