Two mountains — two 4000-footers — hiked by two people, each on two legs. The only singularity was that it was done in one day. And from this single day we received two reports. One from our guest noting they had a great day — awesome — and that it was a nice hike, and that the weather and views were perfect. The other report was from Redline Guide Pat Ferland who led this single returning guest.

Pat went into slightly more detail offering that the team met at 7AM at the Mt Kinsman Trail trailhead. He added that they had dry conditions for the first three miles before encountering a “monorail” (on which they used light traction for the descent). After reaching the Kinsman Ridge Trail they went for the north mountain, then continued on after a short break to tag the south summit before retracing their steps. On the way over they witnessed an F-16 USAF fighter jet doing a fly-by. The south south summit was stunning, sunny, great views. Nice, as Pat’s photos will show. 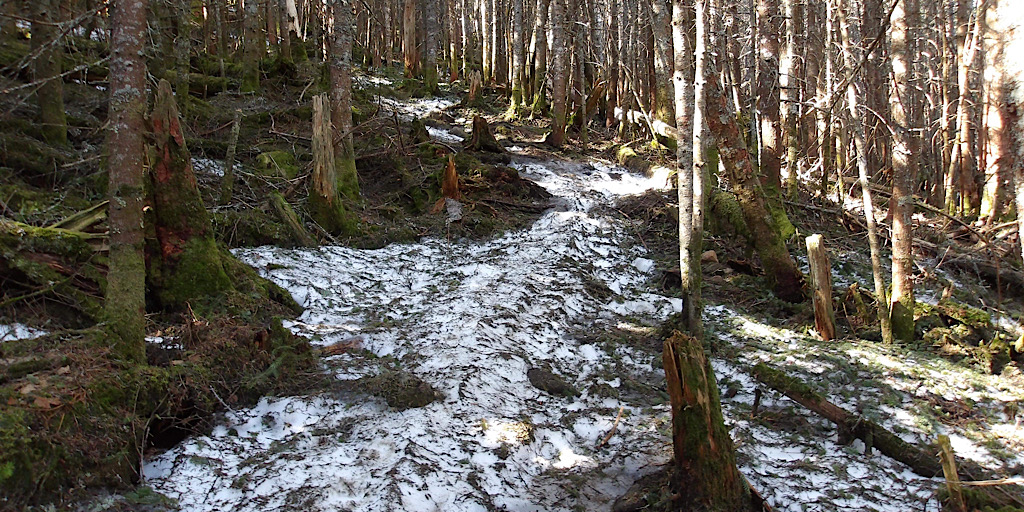 The team encounters a snowy “monorail.” 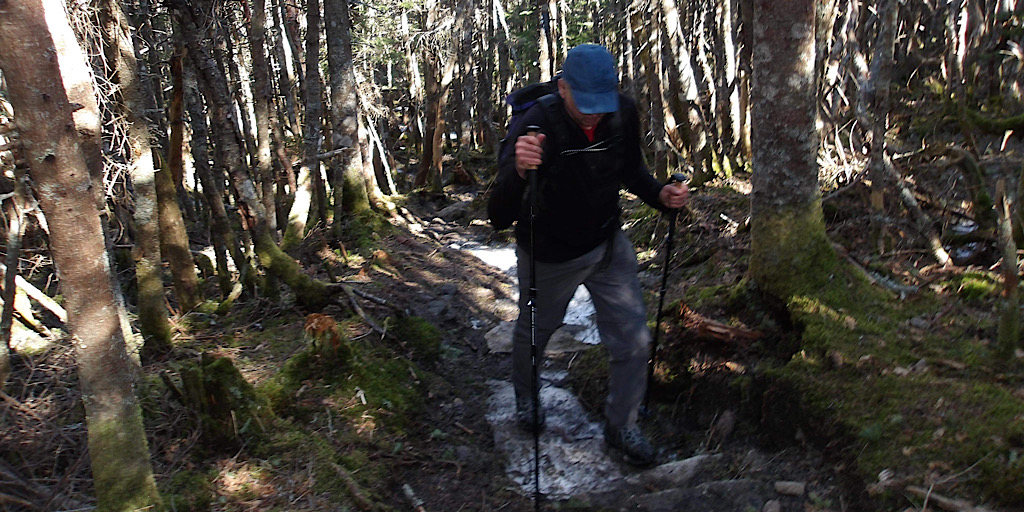 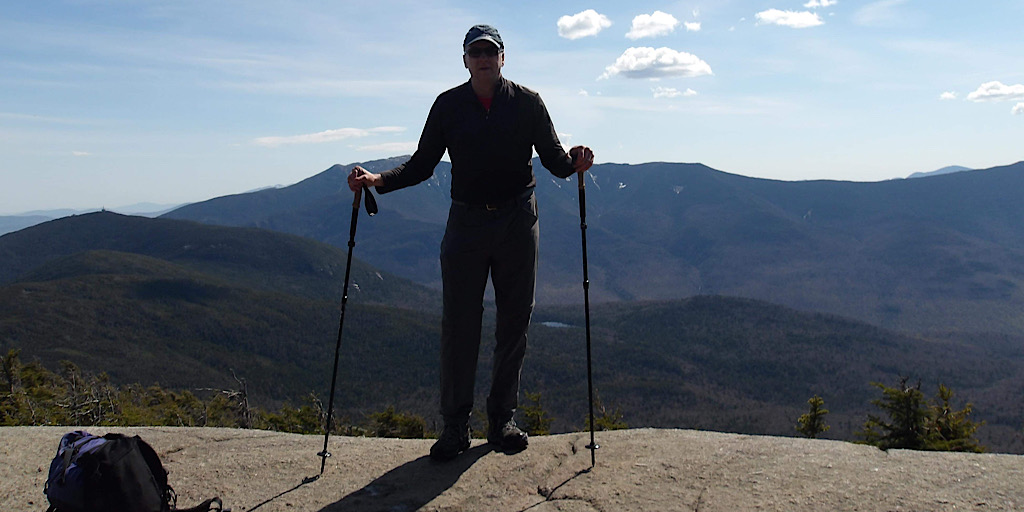 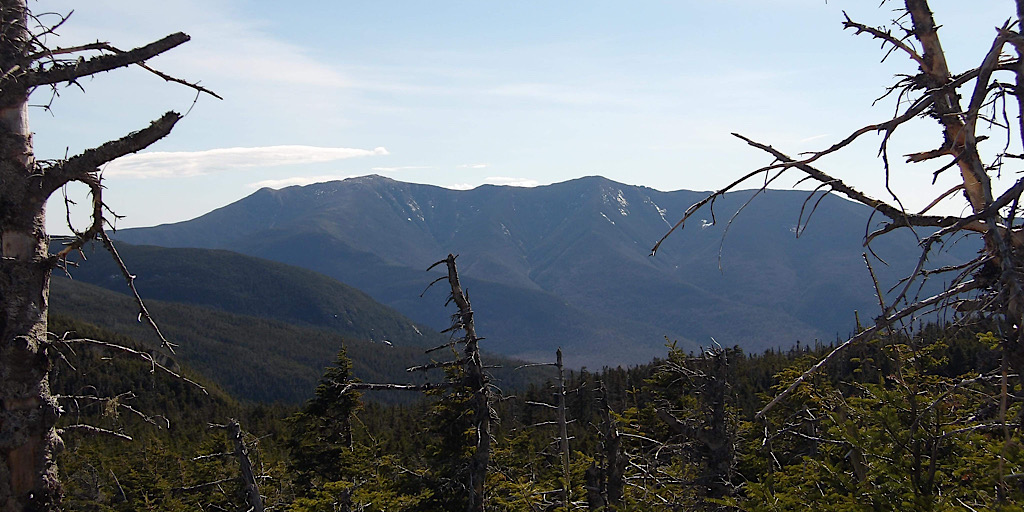 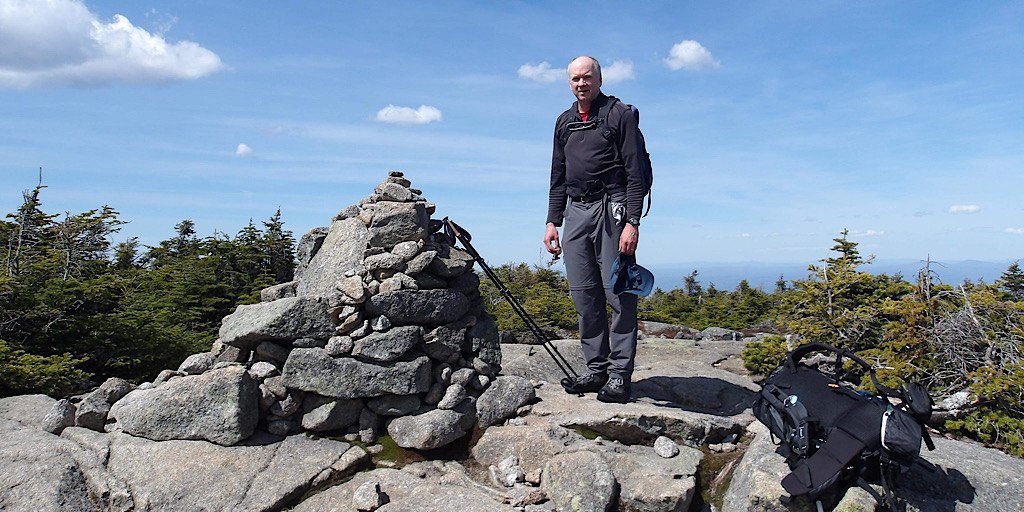 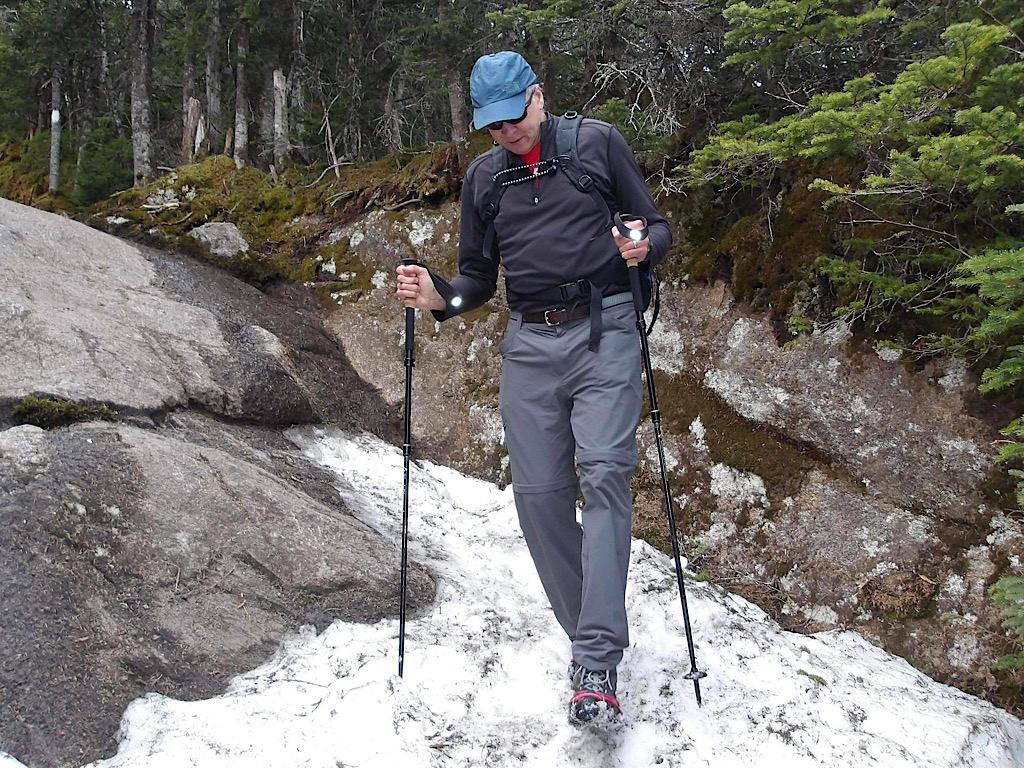 Spiked up, the team makes its descent.

Great job one and all. Thanks for again adventuring with Redline Guiding.