Skiing from the Line

About half way up Hillman’s Highway in Tuckerman Ravine, Redline Guide Pat Ferland and his team of four backcountry skiers decided they would ski down from that point. That is where they would draw the line. Hiking up to that point they encountered soft, skiable snow. After that point, however, they found “boiler plate” conditions — meaning the snow above was rock hard, almost like ice, and not really very much fun or even safe to ski. So, after making their way in and up, they skied fine conditions out. The team stopped at the Hermit Lakes (Hojo’s) — just as they had on the way in so Pat could speak with the USFS Snow Rangers who monitor avalanche and other conditions on the mountain.

The weather was wintery and interesting as the clouds ebbed and flowed like the tide sometimes sending the team into the gnar. After a late lunch at Hojo’s the team continued skiing their way out on the John Sherburne Ski Trail — the “Sherbie.” They were only able to descend as far as crossover seven, at which point they got back onto the Tuckerman Ravine hiking trail to continue their descent on foot.

All in all, it was not a bad day of skiing. Our guest confirmed this, they had a great time. They also thought we all did a great job. Good communication. We love to hear that stuff. The team did great up there, Pat reported. He also grabbed a few photos. Additional photos and video clips were provided courtesy of our guest. Thank you.

Good lead, Pat, and good job, Team. Thanks for choosing Redline Guiding as your partner in adventure. 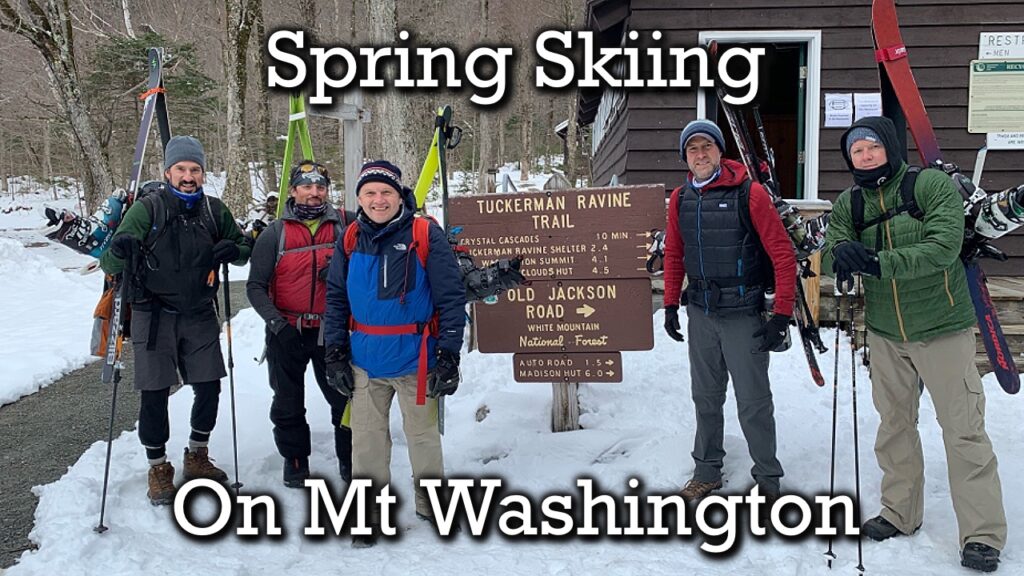