Our guest was fairly new to winter hiking and really wanted to get on a 4000-footer that would take him into the alpine zone. An indoctrination of sorts. He wanted a true winter hiking experience. The real deal. So days before his trip, hanging with his friends, checking out the forecast, he couldn’t help but feel a sense of disappointment in the way-too-stellar weather forecast. Technically this would be a spring hike, but our guest really wanted a taste of winter weather.

Fortunately his disappointment didn’t last. While the skies were blue and views did in fact reach toward infinity, the alpine winds blew intensely, the temperatures felt cold in these exposed areas, and on their way to Eisenhower (4780′) from Pierce (4310′), breaking through drifts with snowshoes — something our guest had never done before — the sense of winter was strong. Our guest was delighted.

On lead for this trip was Redline Guide Howard Aronson, and he offered some photos and his own summary:

It was a glorious day right from the start. Not a cloud in the sky and no one around to speak of. We hiked up the Crawford Path from the Highland Center and enjoyed the beautiful snow lined trail. We both wore our snowshoes, which turned out to be the smart thing to do as we would later learn. When we got up to the junction and began our detour to Mt Pierce, the winds started to pick up but we didn’t mind, the views were distractingly spectacular. It’s something indescribable that you’d have to be there to fully appreciate. We decided we would go over to Mt Eisenhower. The trail was pretty broken out but there were some spots where it had drifted in and the snow was a little deep. That’s why we were glad we had the snowshoes. […] The views were likewise spectacular on Eisenhower, and although the winds were probably blowing about 25 to 30 mph, we had a great great time. All in all it was an amazing day, and our guest very pleased. He will definitely be back with us to do more. —Howard 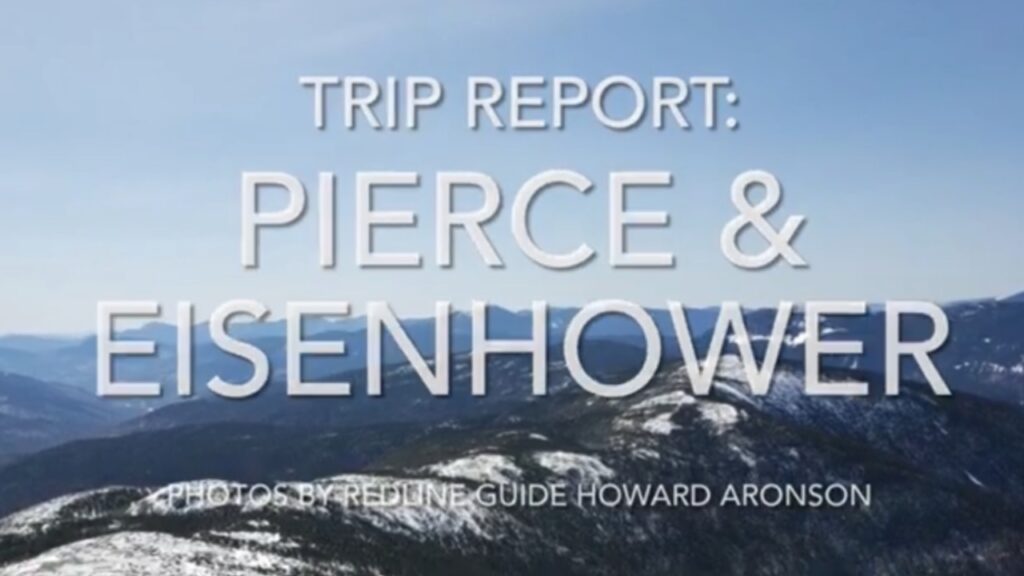