The 6288′ Mt Washington summit can often be a hard won prize, even for the very fit. With a previous winter attempt under their belts already, these guests had some unfinished business. At the time they were lacking the right gear and know-how, but they sought to have us help them change that. Everything was a go, but this was back in 2020… and boom, Covid hit, moving that suddenly elusive summit even further away from these gentlemen. But finally, fast-forward to a year later, and the deed is done. One day of training, putting them in the right gear, and add a few hours of heavy lifting on day two put them on the top of the Northeast. It was fine weather day, but in a way only the mountains can give — cold winds nearly cancelling the blue skies and brilliant sunshine. Epic. The west side was selected to avoid the insane east side crowds.

On lead for the day of training and the tour up the Rock Pile was Redline Guide Pat Ferland. He offered the following:

We had A great day on Mount Washington going up via the Ammo Trail. It was chilly in the morning and as we broke treeline we walked into the wind. We took a break at the Lakes the Clouds hut then continued up to the Mt Washington summit. This we did in really strong winds, despite blue skies. We then turned around and retreated the same way that we came up. We decided on skipping Mt Monroe and descended the Ammo Trail back to the Cog (Marshfield) Station —Pat

Good work, Pat, and to our team, great job! Thanks for choosing Redline Guiding. 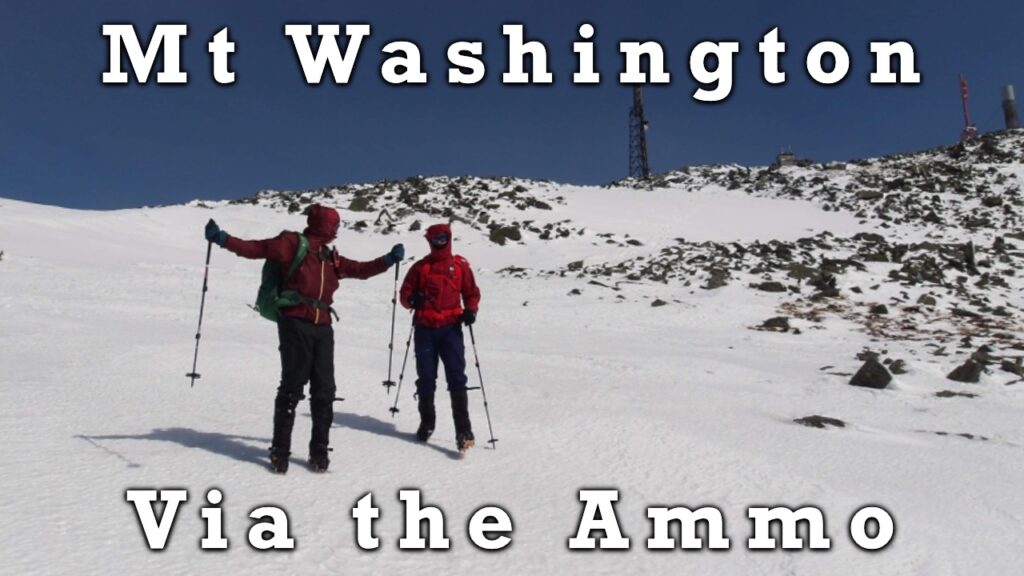