Every year around the holidays we suggest people buy a gift certificate; give the gift of adventure, we say. And some do just that. One fellow we know tells his family to take care of his guided hikes and they do. Between Christmas and his birthday — which is the day this was posted (happy belated) — our guest received a handful of certificates. This year he decided to use them to take two hikes with us. First was a re-attempt of Mt Washington, which this time he… well, we’ll let Redline Guides Ryan McGuire and Mike Maciel tell the rest.

WORDS FROM RYAN… Second time was a charm. A year ago our guest came to Redline Guiding looking to climb Mt. Washington. While we didn’t quite make it, last time turning around at the Alpine Garden, this trip was a different story. At almost 72 and the recipient of a new aortic valve he still worked hard for it but was feeling much better than a year ago. Luckily we were blessed with a beautiful day to stand on top of Mt. Washington for his first time ever in any season. –Ryan McGuire

WORDS FROM MIKE M… After our guest’s big day on Wednesday, we had originally planned to give him a day off and then to head to Cabot on Friday. After checking in on him Thursday though, it seemed like another big day might not make sense. So we adjusted the plan and decided to take him to North and Middle Sugarloaf. The ledges were beautiful, and we ate lunch on North Sugarloaf basking in the beauty of Washington and the rest of the ridge out on the horizon. –Mike Maciel

The guides also took some photos/videos with which we made a couple of short movies:

Great job. Team. And congratulations to our guest who clearly has heart! 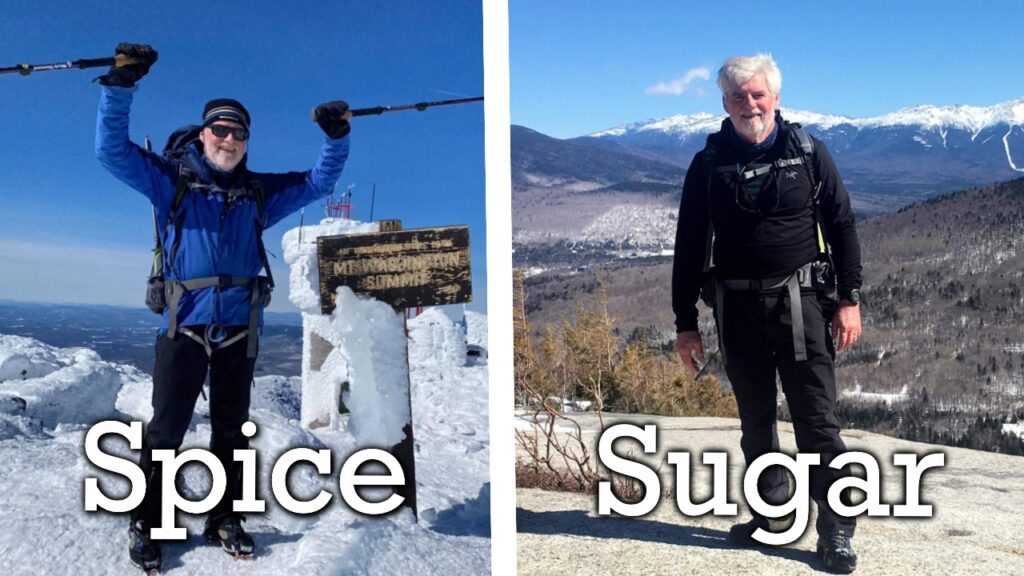