Our returning guest had attempted the 6288′ Mt Washington years ago — back in 1986 — ascending the mountain via the notorious Huntington Ravine Trail with some friends. She made it that day, but she was quite shaken by the experience, at least as much as she was exhilarated. Unfortunately, having gotten a ride down the mountain that day, that trial by fire didn’t officially count as a summit. She wrote an asterisk revealing the incomplete attempt next to that mountain and shelved it for a while. A long while.

Fast forward to 2018 and another attempt was made, a creative route this time going by way of Caps Ridge Trail up Mt Jefferson on a wet day. That try ended with a fall resulting in injuries. One more almost-attempt was made earlier this fall. “Almost-attempt” because she drove up here to solo the mountain, but then had resevations and ended up doing a couple of other 4000-footers instead.

Thus, Mount Washington was still bearing that asterisk. She noted this on Facebook and Redline Guide Ryan Mcguire commented that we could help. After a little consideration, she took him up on the idea and booked. She decided: “I need a guide. I need Ryan.” It was apparently a good call. The mountain got climbed via Lion Head with Ryan’s encouragement and her daughter’s company… and that asterisk is gone. Replaced by a date: 11/10/2020. A date known for some stunningly nice weather. 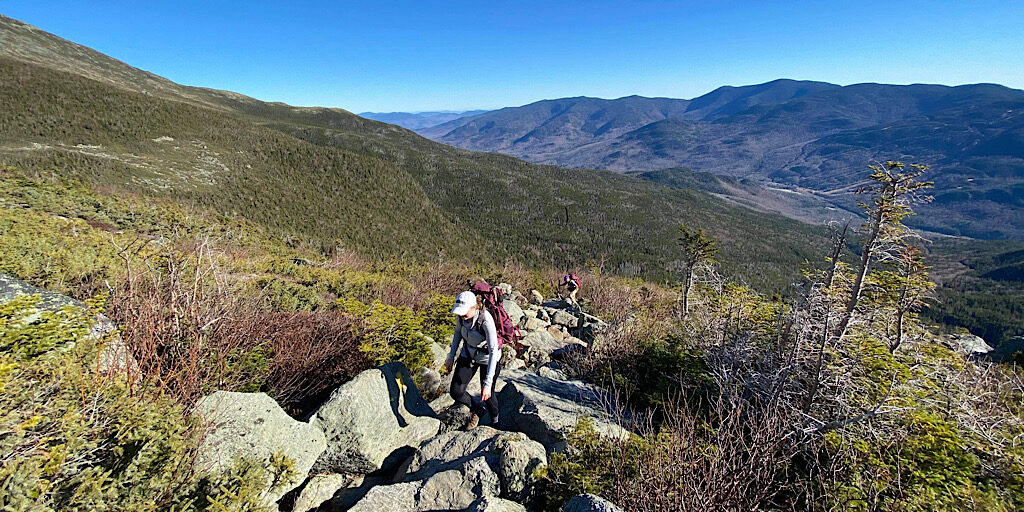 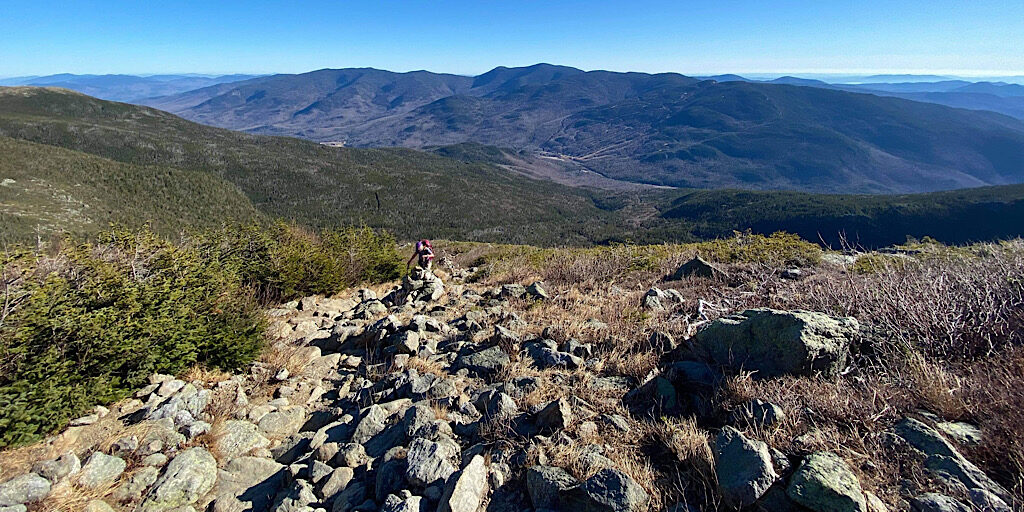 Making their way toward Lion Head. 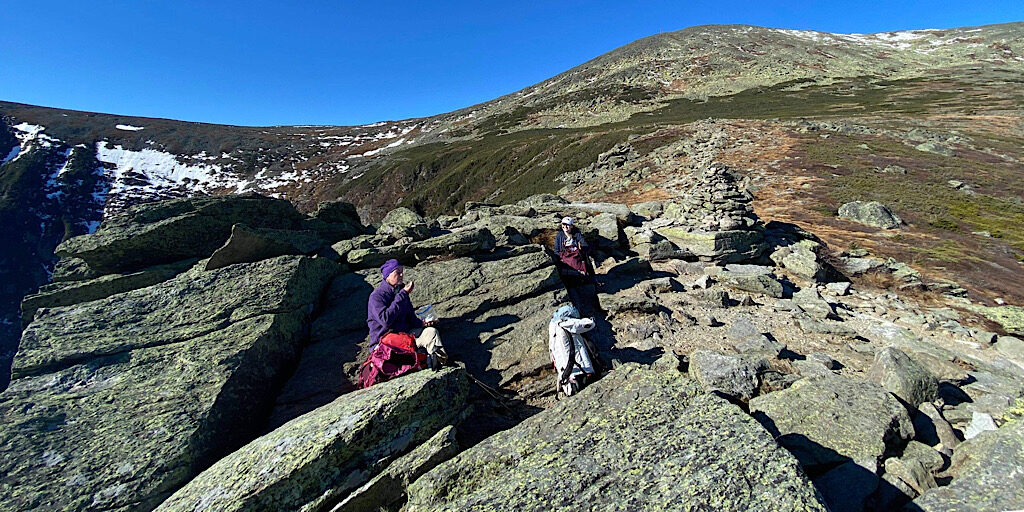 Still a ways to go, but look at it out. Wow. 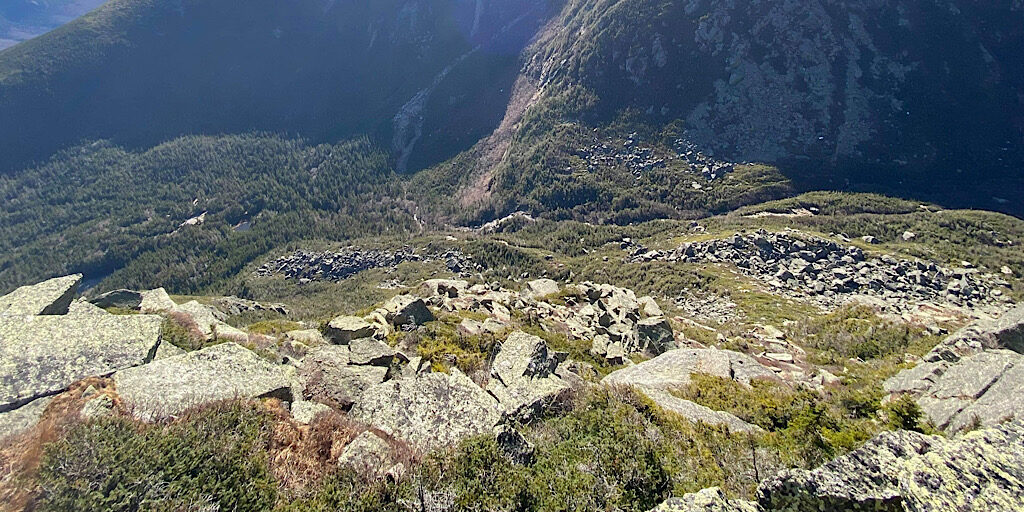 Looking down into the “Little Headwall” part of Tuckerman Ravine. 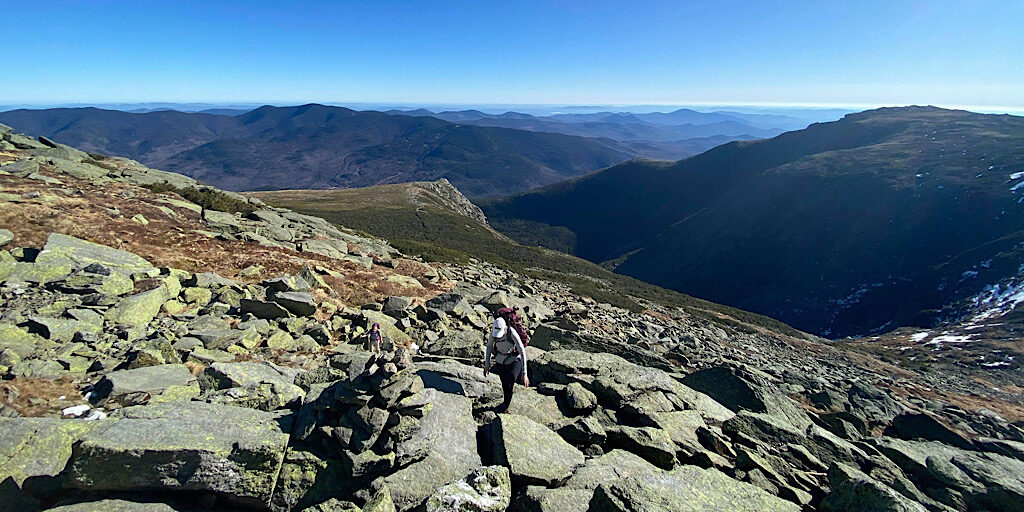 They will ascend the “cone” next. 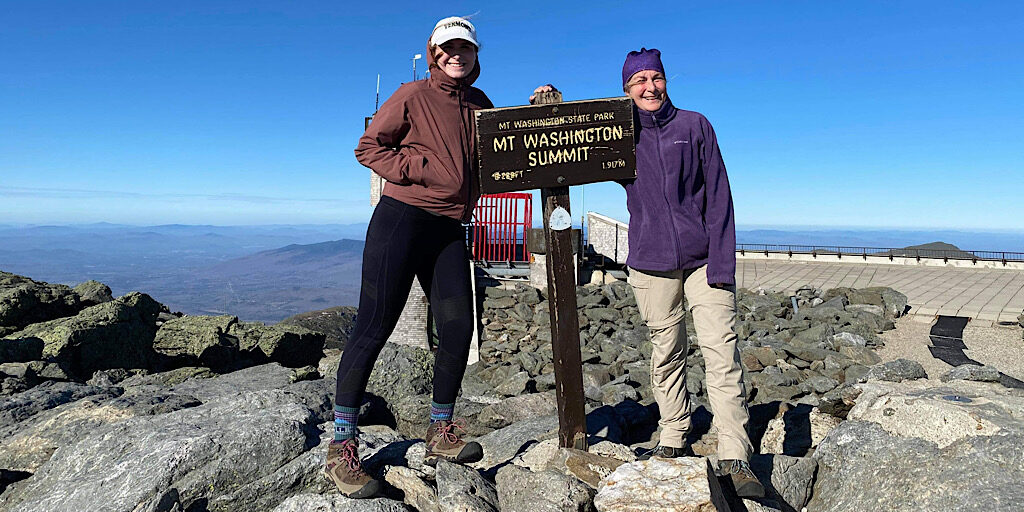 Good lead, Ryan. And to our guest and her daughter, nicely done! Thanks for adventuring with Redline Guiding.