It wasn’t possible to tell from the Mt Washington Valley due to a cloud shroud, but there was a dusting of early October snow on Mt Washington. Unsurprising consider the mountain’s weather record — yet it’s still a bit of a shocker. It surprised yesterday’s guests a bit, that’s for sure. It can be crazy up there, we know. The day delivered big in terms of varied weather. Some folks come up hoping for a nice day, and that’s what this team was hoping for, while others come hoping to be awed by bad weather. As a compromise they had a little bit of everything, so to speak. Nonetheless, they got done what they set out to do, though with a slight twist.

The plan was to ascend the Ammonoosuc Ravine Trail, meet up with Crawford Path on the ridge, then take it the 6288′ summit of Mt Washington. Then on the way down, they were originally going to take Jewell Trail, but they ended up going down by the tracks. The footing is a lot better on the Cog railway easement and this trip’s leader, Redline Guide Ryan Mcguire, based on observations, decided that would be the best way to go avoiding the jumbled talus in the upper alpine portion of Jewell and around Mt Clay. Probably a good call — it’s really tough walking up there. Crawford Path is well-graded, but this area is less refined. 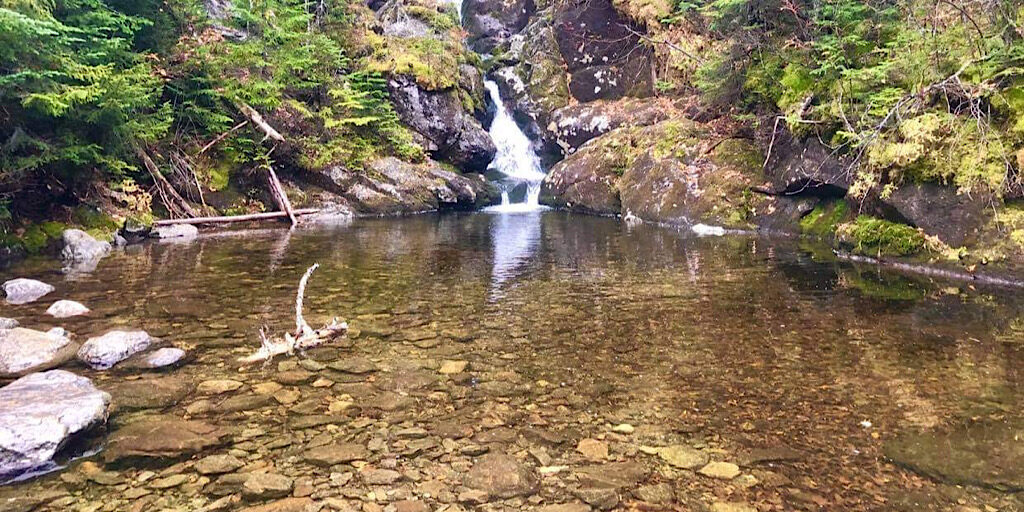 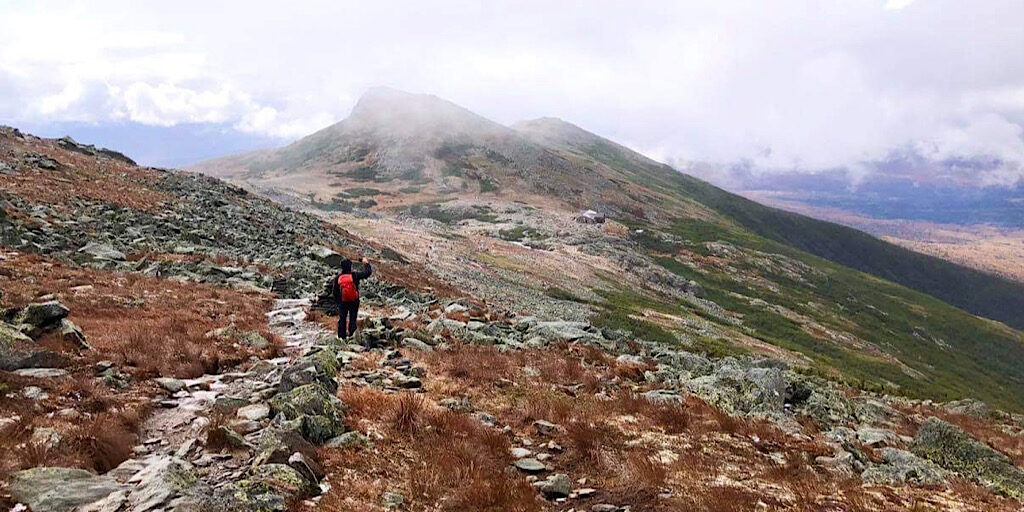 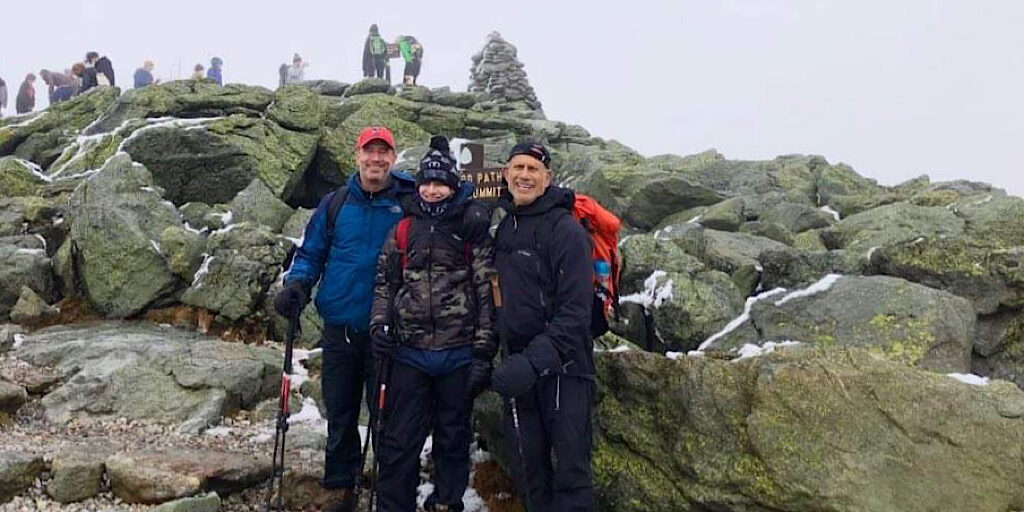 Facilities are still open so there were crowds of non-hikers who had arrived by car and train. 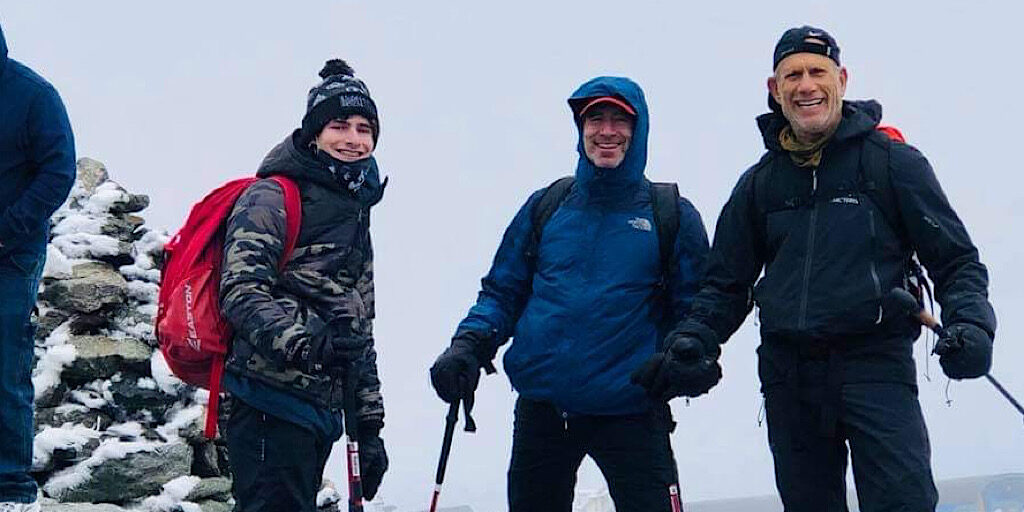 Summit cairn visible. They didn’t want to wait in line for the sign photo. 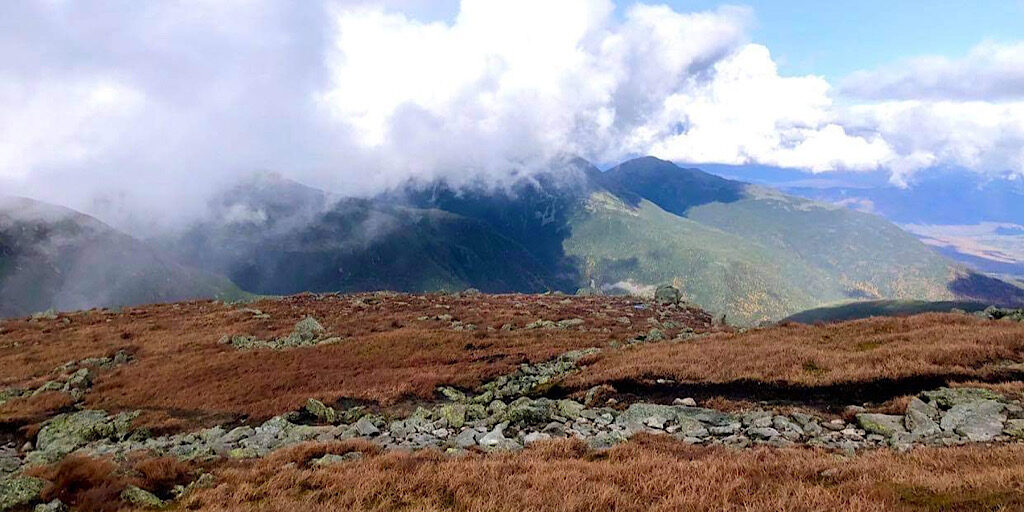 They get some views of the Northern Presidentials. 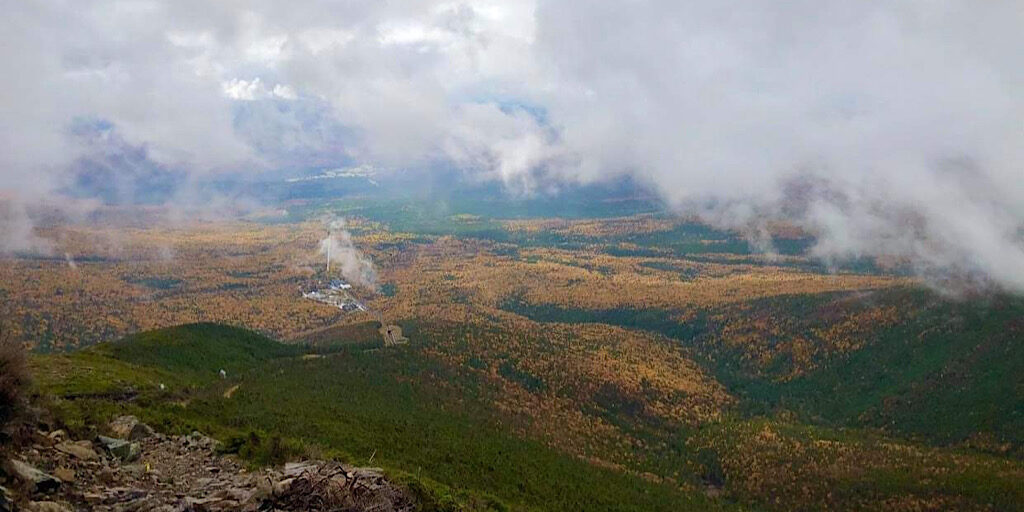 The team begins their descent.

Good job, Ryan. And to the team, congratulations on your Mt Washington summit! Thanks for choosing Redline Guiding.