A many-time returning guest who has been seeking our companionship for a few years now as he whittles away at his New England Hundred Highest (NEHH) peaks has done it again. This time it was in Vermont. He crossed the 3839′ Mendon Peak off his list, specifically. This leaves him at 95 out of 100. Five left to go, all in Maine now. (Stay tuned for more.) In the meantime, enjoy the photos from this trip led by Redline Guide Ken Hodges. There aren’t many, but that is because of the weather. As Ken put it, it started raining as soon as they stepped out of their cars, continued raining pretty much non-stop the entire time, then finally stopped only after getting back in their vehicles at day’s end. Despite the weather, though, the team had a good hike. No views, but good conversation made up for it as they figured out their way via herd paths and easy bushwhacks. Anyway, let’s face it, hiking is just plain fun. Even on a rainy day. 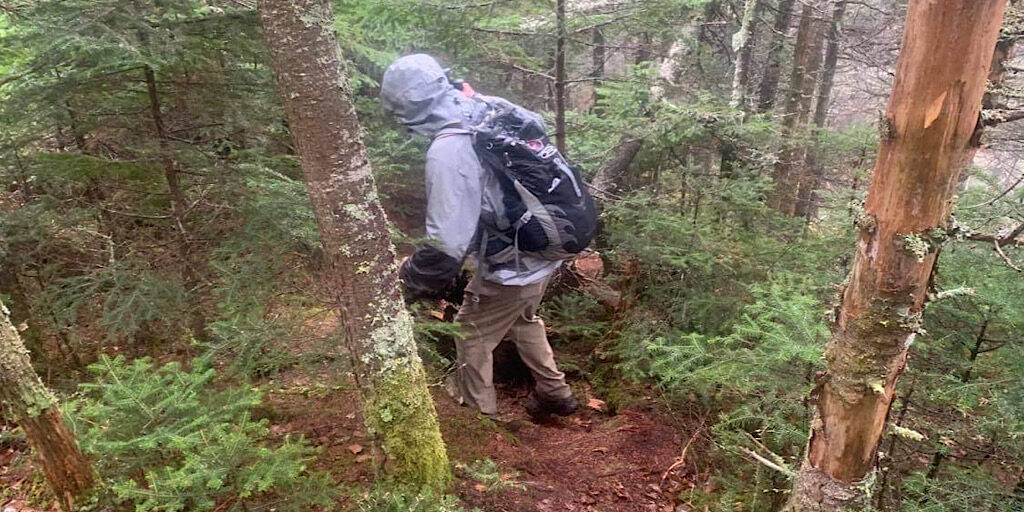 Icky is a technical term. 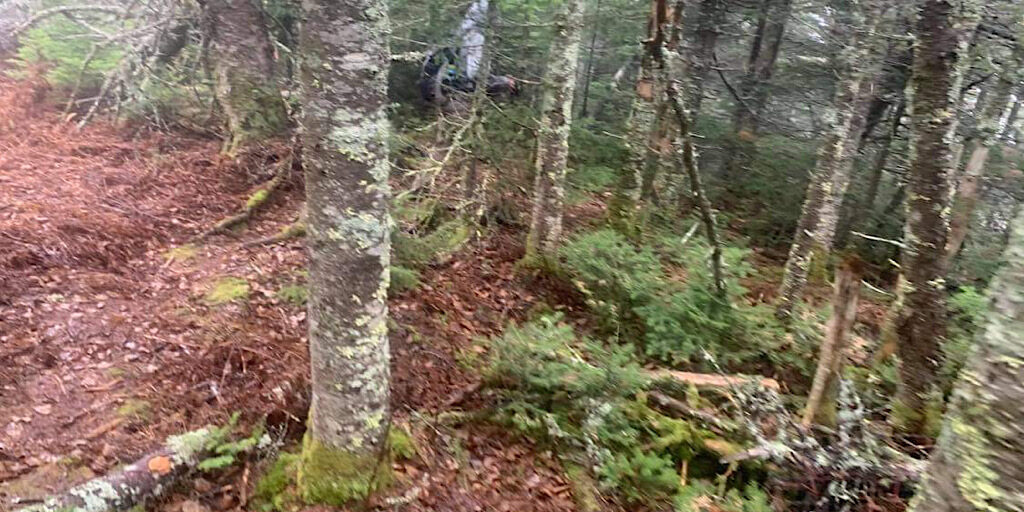 Part of the bushwhack segment. 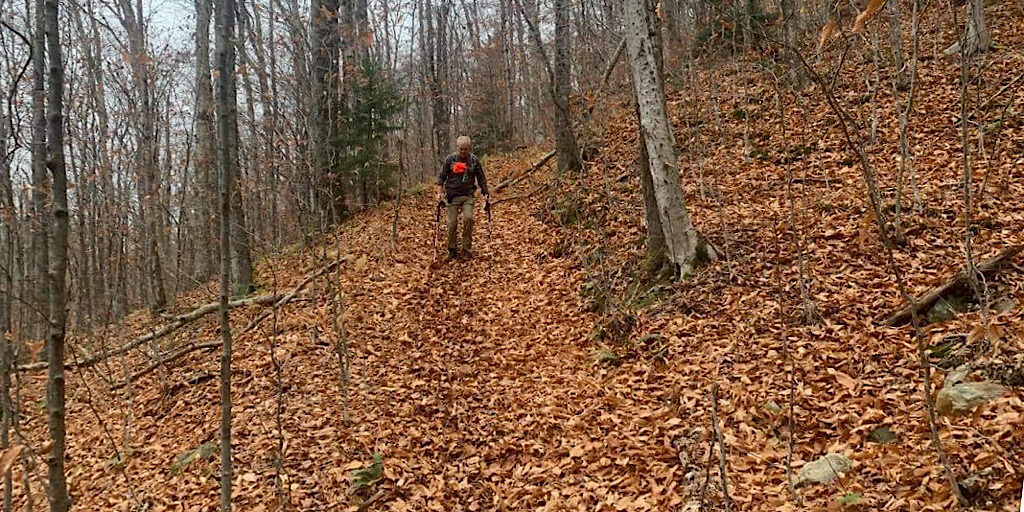 The rain slows at times but never really ends. 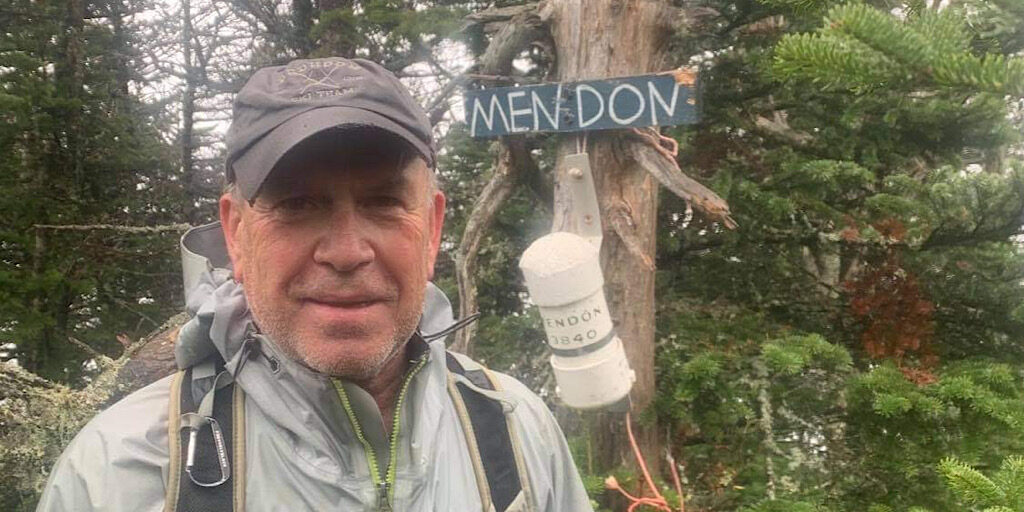 Good job, Ken, and to our guest, great work… and as always, thank you for adventuring with Redline Guiding.