Jewell Up, Cog Down

This isn’t the first time we’ve done this: guided a one-way trip up the infamous Mt Washington. And, honestly, it’s a grand idea if you’re not counting mountains for some peak bagging list and don’t need to follow rules which would prohibit such activities. You hike up the mountain with a guide, then grab the Cog Railroad train for a ride down the mountain gaining both experiences while saving your knees some wear and tear. That’s what a couple of guests just did with us. They were guided up the Jewell Trail as that is the less scary of the two trails that leave the Cog base. Leading them up there was Redline Guide Howard Aronson.

[Our guests] had an awesome time climbing to the summit ofMount Washington via the Jewell Trail. We had lots of laughs, great discussions about some of the hikes that we’ve done and took some awesome photos. They were tired, but very excited when we reached the summit. We took some photos at the summit sign then went into the visitor center to have some lunch. They then departed via the Cog Railroad. I hiked back down the Jewell Trail. It was an awesome day for our guests. I’m positive they will be back to use us again. —Howard

Check out these photos: 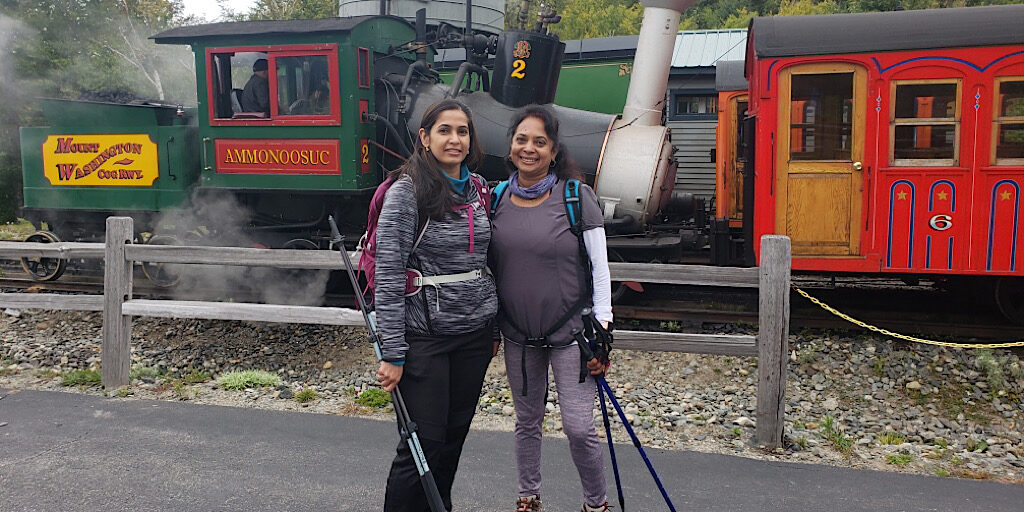 In a few hours they will be taking the contraption behind them down the mountain. For now it’s time to hike. 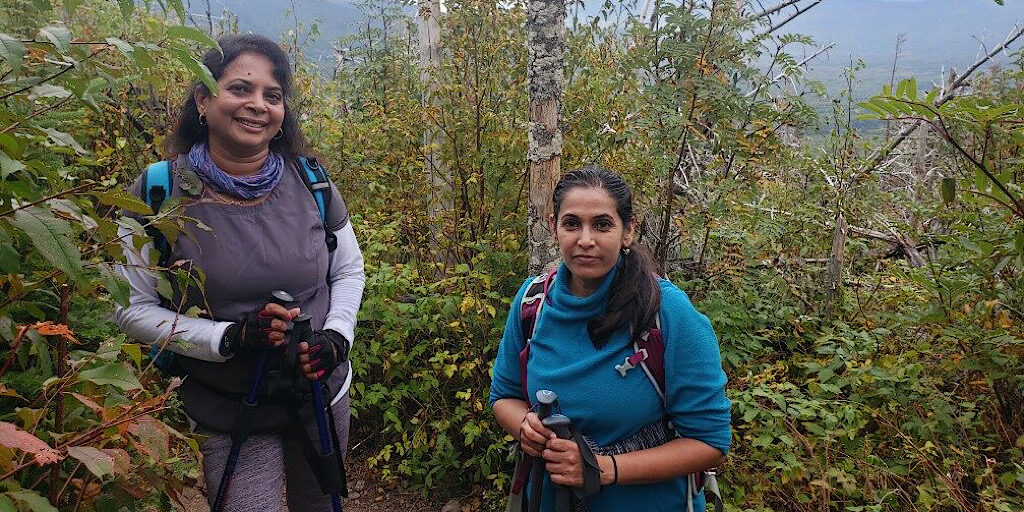 They are starting to get some limited views as they climb higher, but they are also entering the clouds. 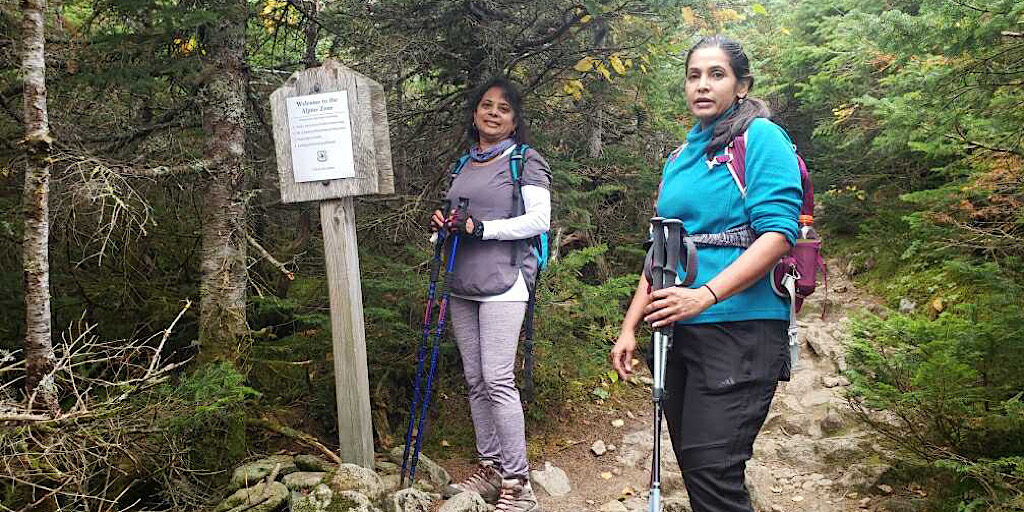 The team enters the alpine zone. This is where having a guide is a good idea. 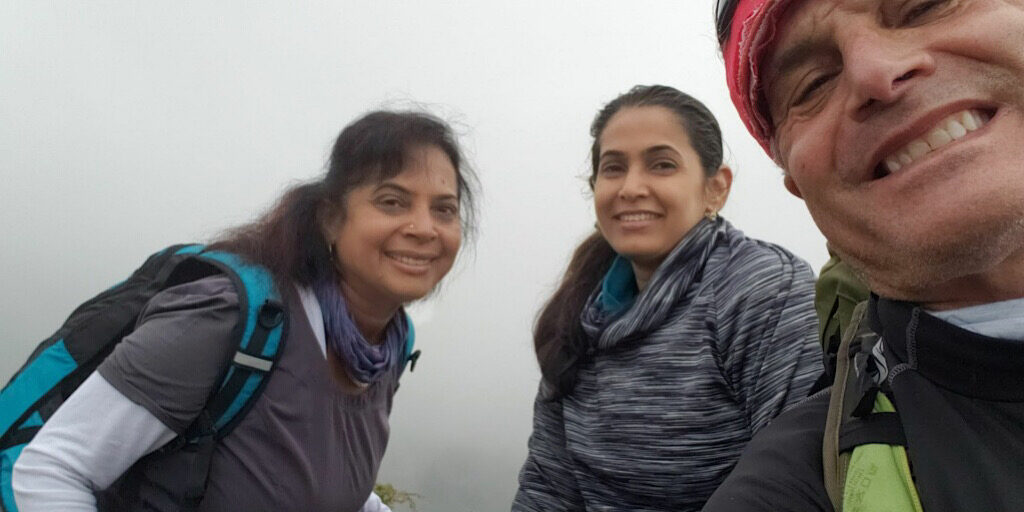 The views today will be limited, but the limited sight lines provide other benefits. Not seeing the summit ahead, for example. 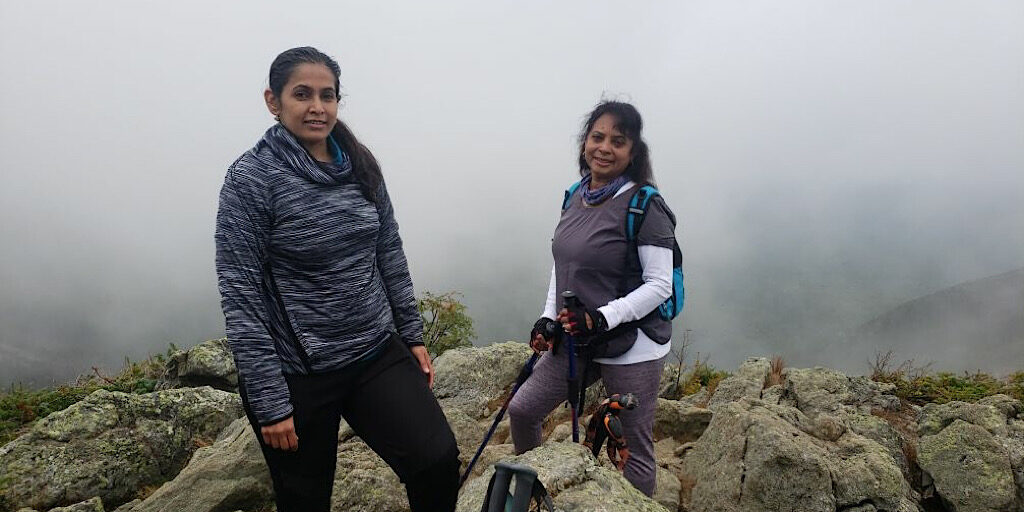 This is mountain weather. 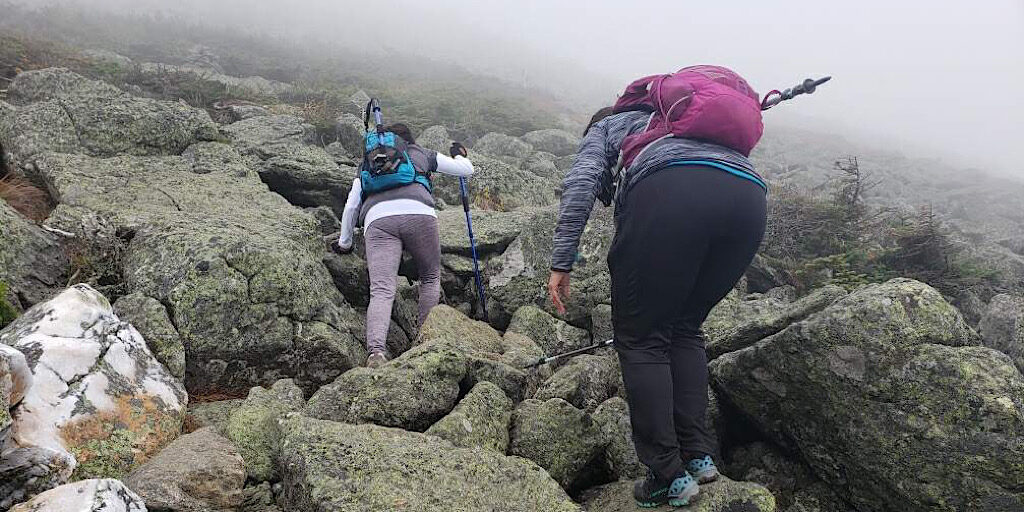 The trails here are tough. 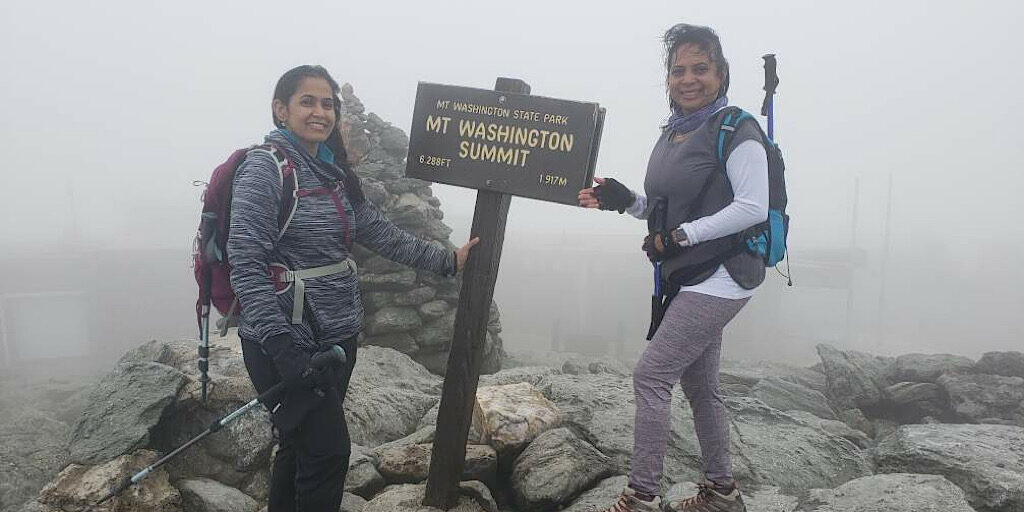 It’s a hard-earned rewarded, but it feels so good. 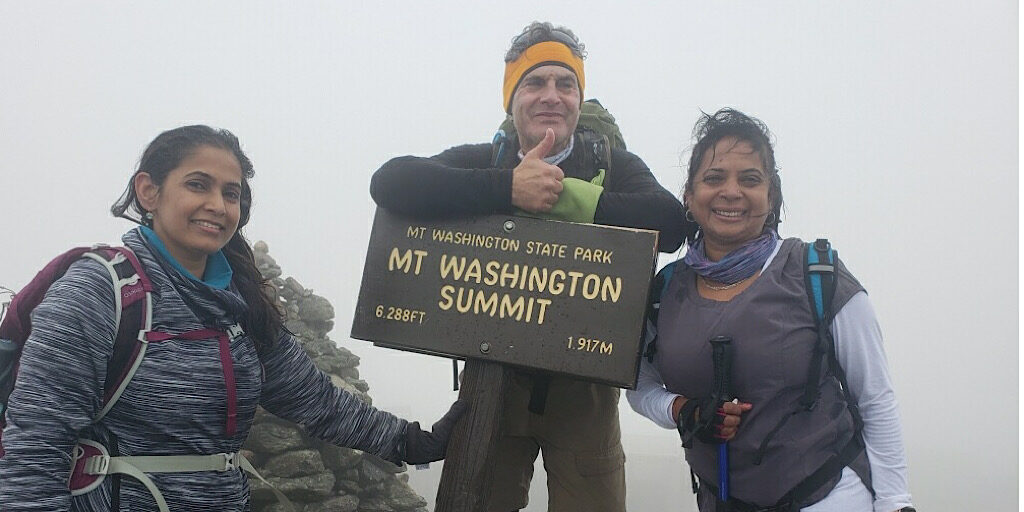 Good lead, Howard. And to our guests, well done on your Mt Washington ascent.