We are in the Great North Woods in the middle of nowhere between Maine and Canada, and we are not lost

That’s what we do in Maine, that is. Helping folks with their “New England Hundred Highest” (NEHH) peaks or helping them tackle the great Mt Katahdin or other Baxter peaks. Of course, guests from out of the area are required to quarantine for 14 days or to have a current Covid-19 test. We advocate for the latter for reasons of practicality. Redline Guide Ken Hodges just got back from a tour up in the Rangely area with a many-time returning guest working on the “Rangely Six Pack” (the six NEHH-qualifiers in that area). On this trip, two mountains were on the menu. The first, Elephant (3772′), isn’t actually part of the Six Pack, per se, but it was needed and is on the way. The second was Boundary Peak (3855′) which sits right on the Canadian Border. This they accessed via the newly re-opened Porter Brook Road. But this was after trying to access it via a route up-and-over Whitecap (3806′ — another of the Six Pack) that Ken had completed ten years ago. This year not so much. They tried, but with the logging going on up there the route was just too gnarly due to the ground conditions and logging slash. When returning from this attempt, instead of re-climbing White Cap, Ken suggested they contour around the mountain. This saved them a little effort. Along the way Ken heard: “We are in the Great North Woods in the middle of nowhere between Maine and Canada, and we are not lost.” Being it was said with some level of awe, he couldn’t help but smile. 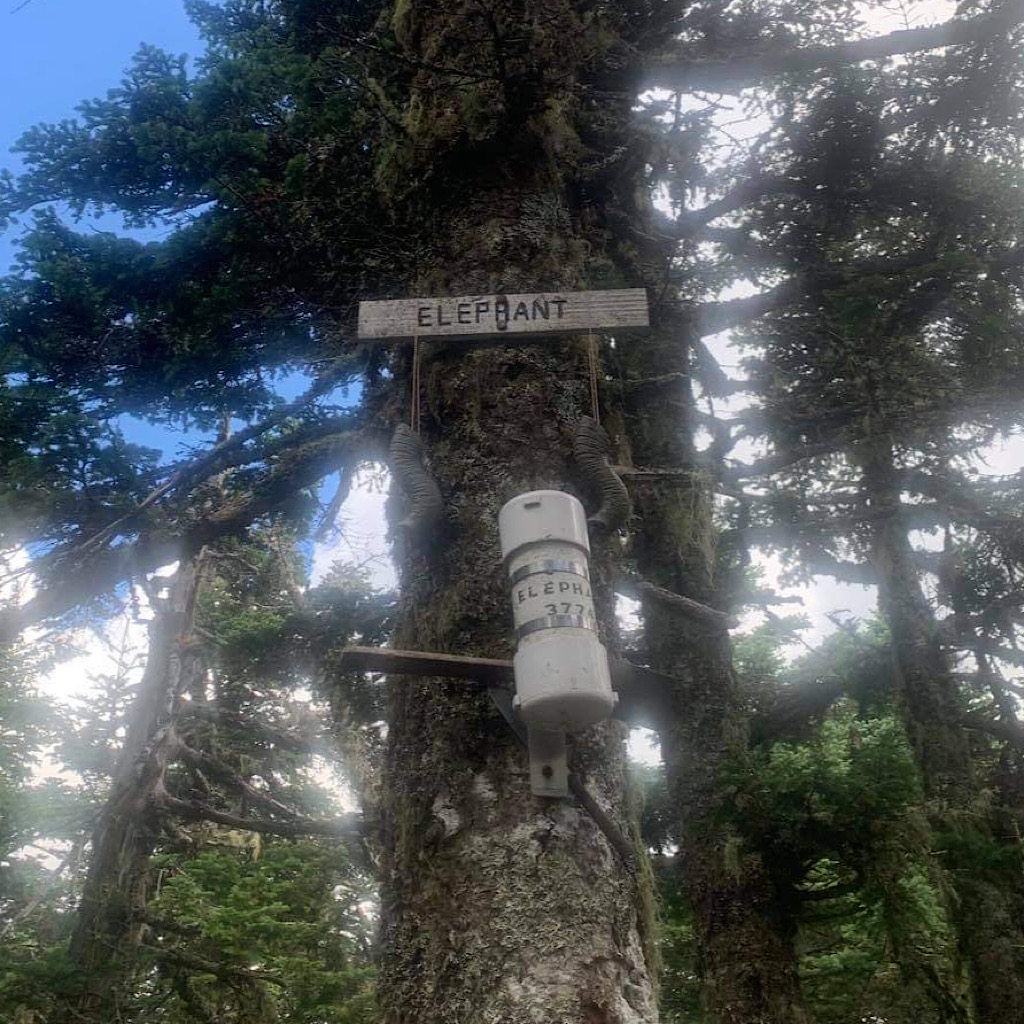 The Elephant was apparently a humid beast. 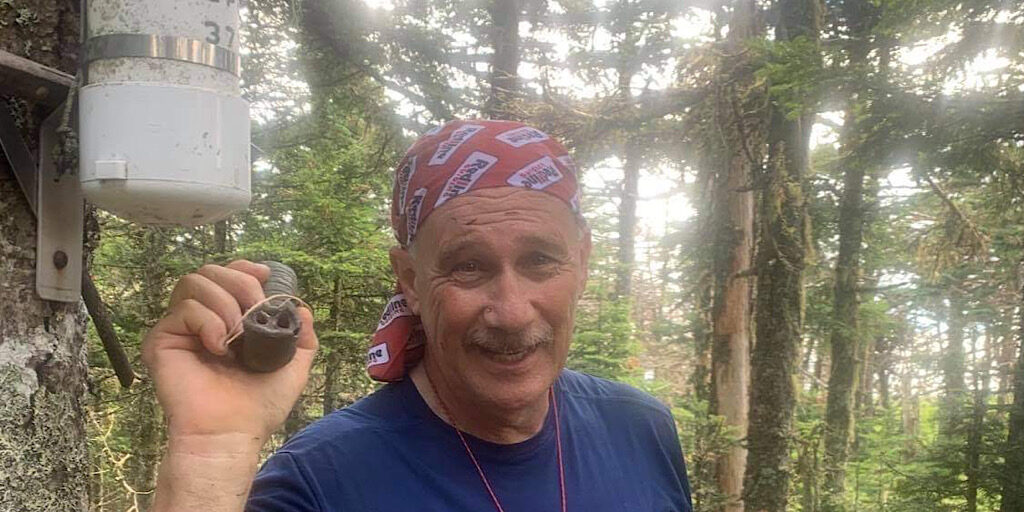 He did NOT put that nasty thing on his nose. 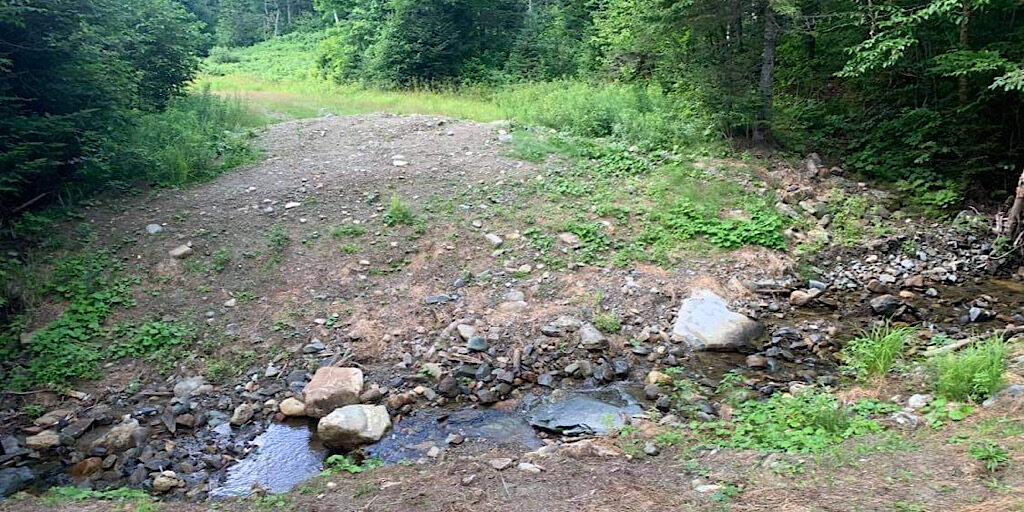 Getting there is half the battle. 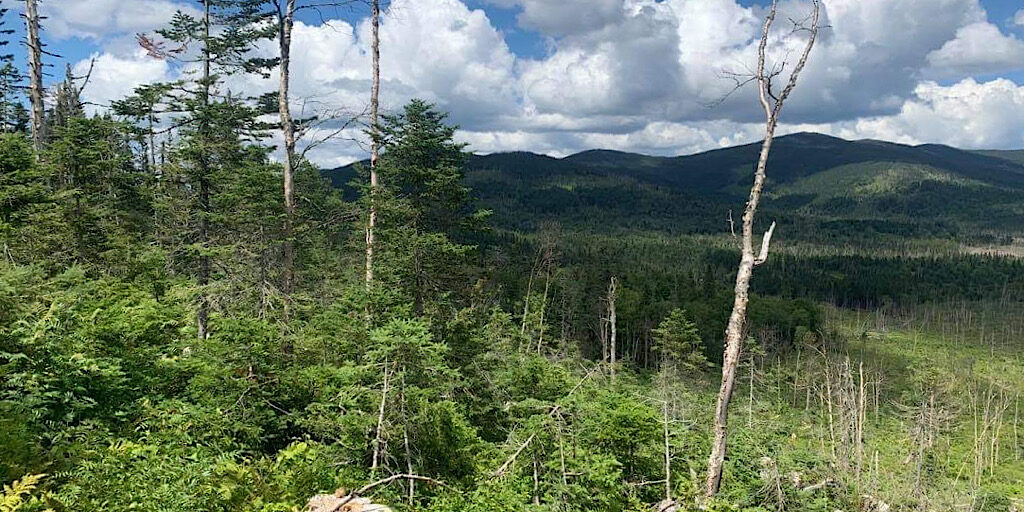 This is such an untamed area. 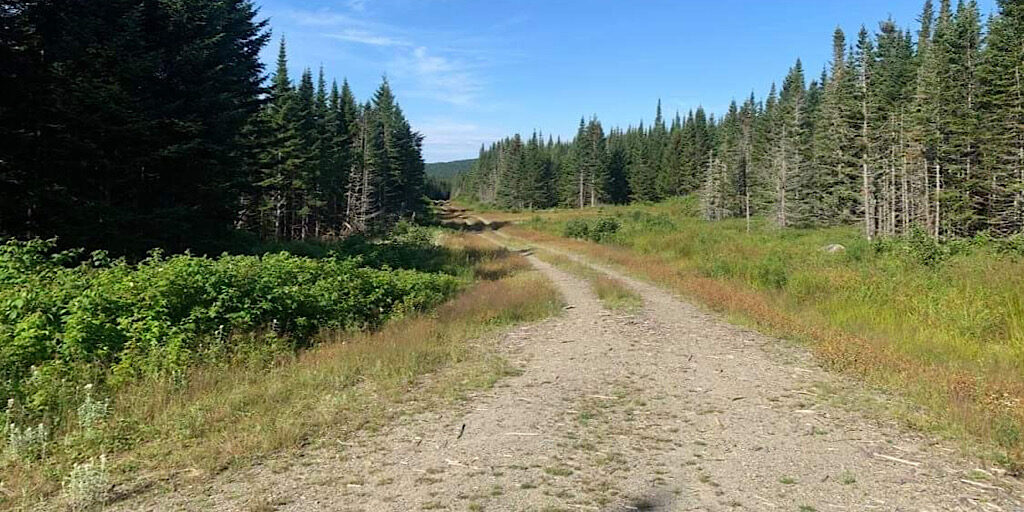 Finally, we reached the middle of nowhere, here on Porter Brook Road. 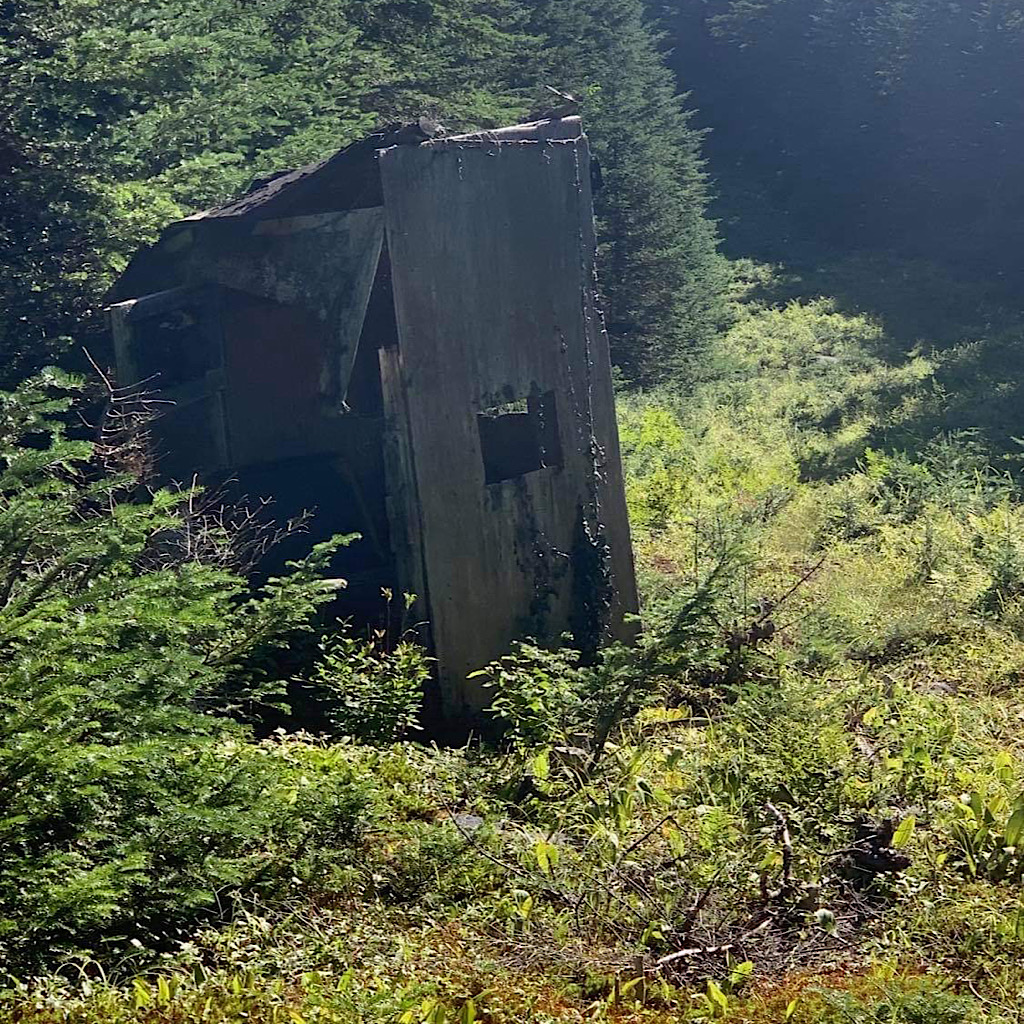 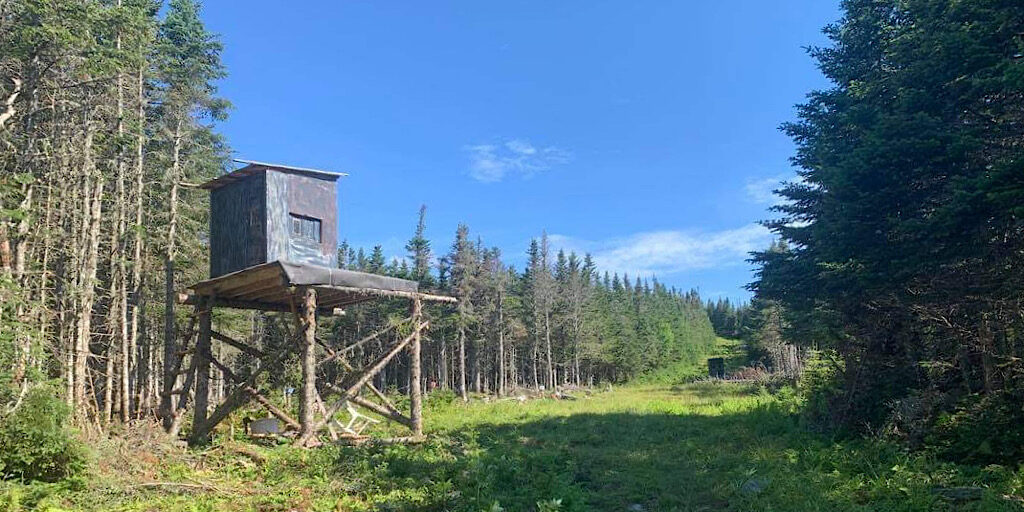 Wonder why the moose love this place, despite the hunters? 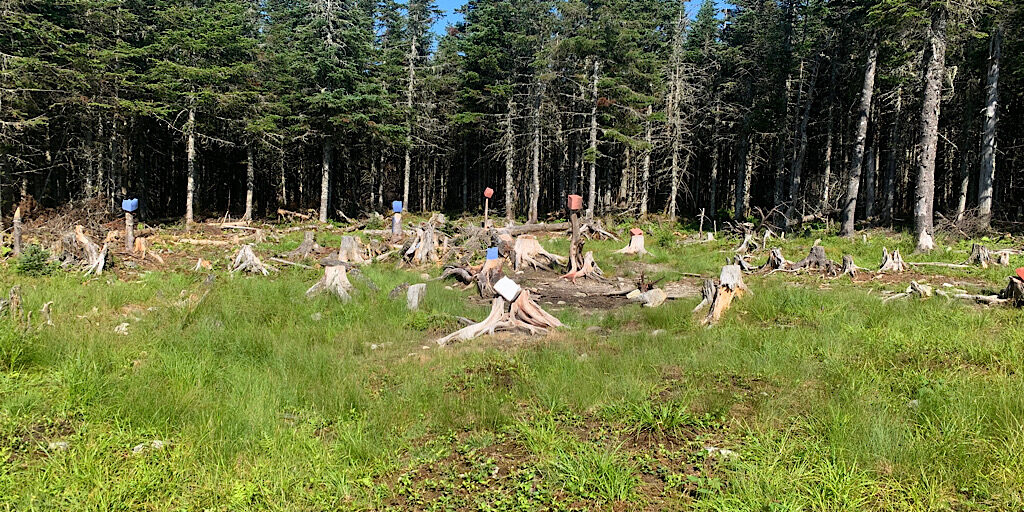 Mmmm, the taste of salt. 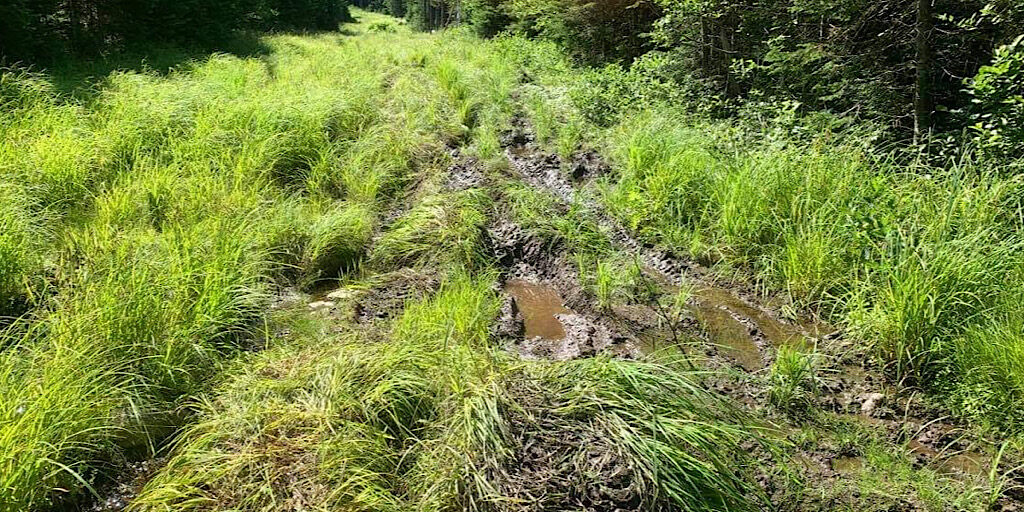 This way to the infamous Dennison Bog. 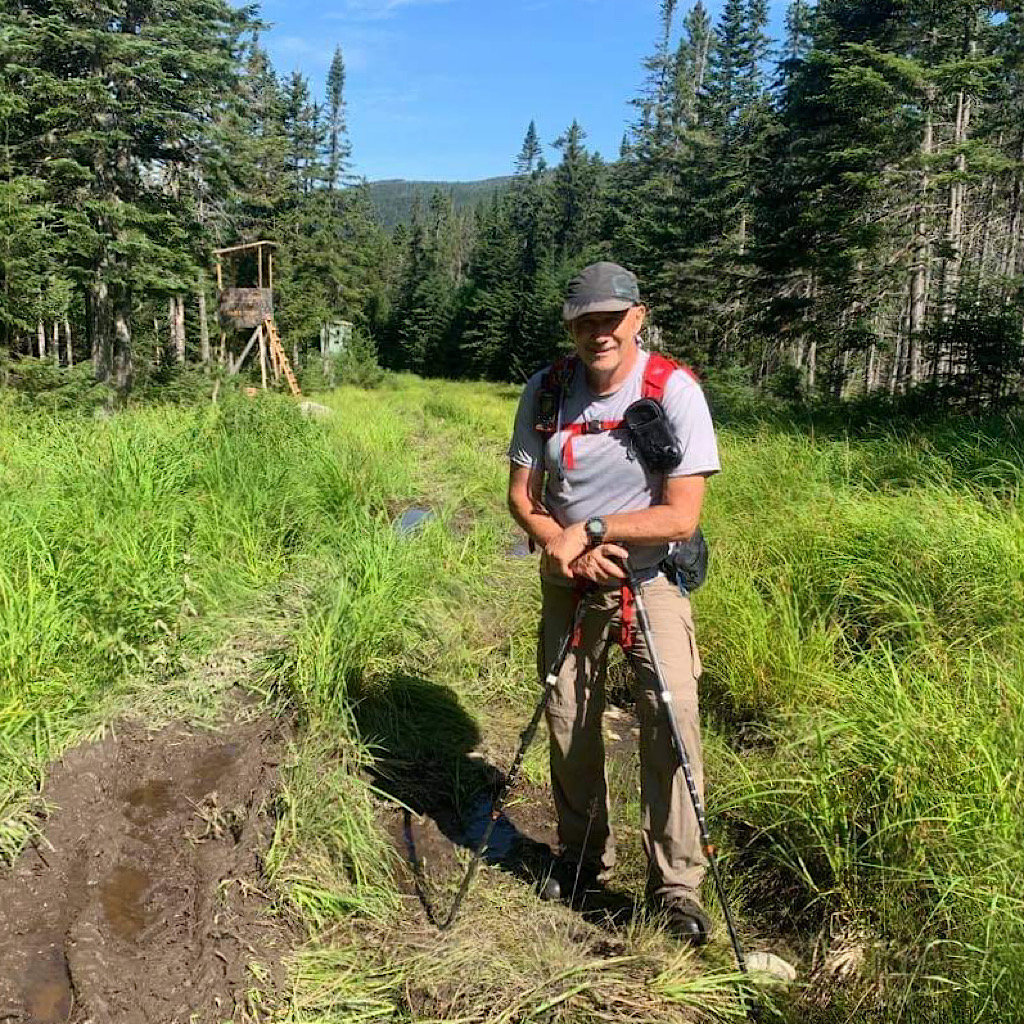 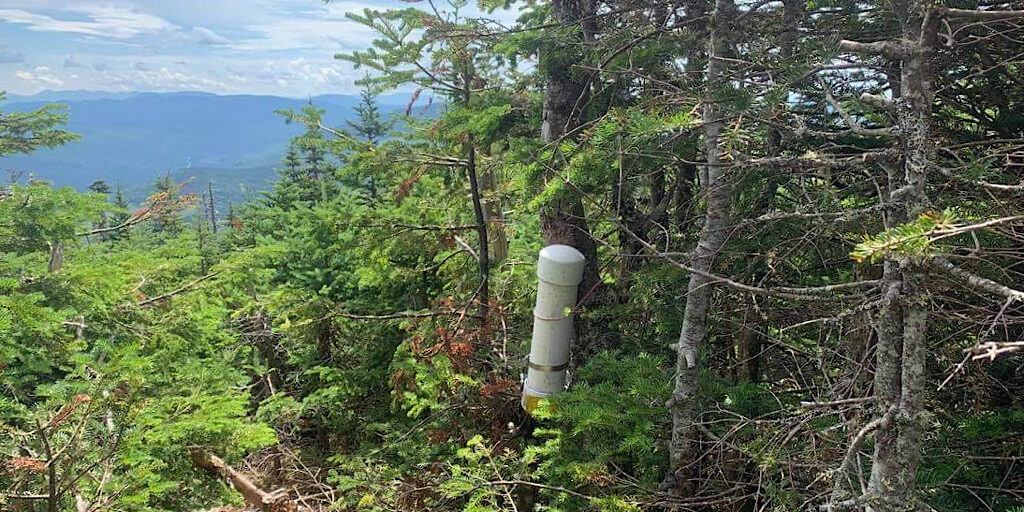 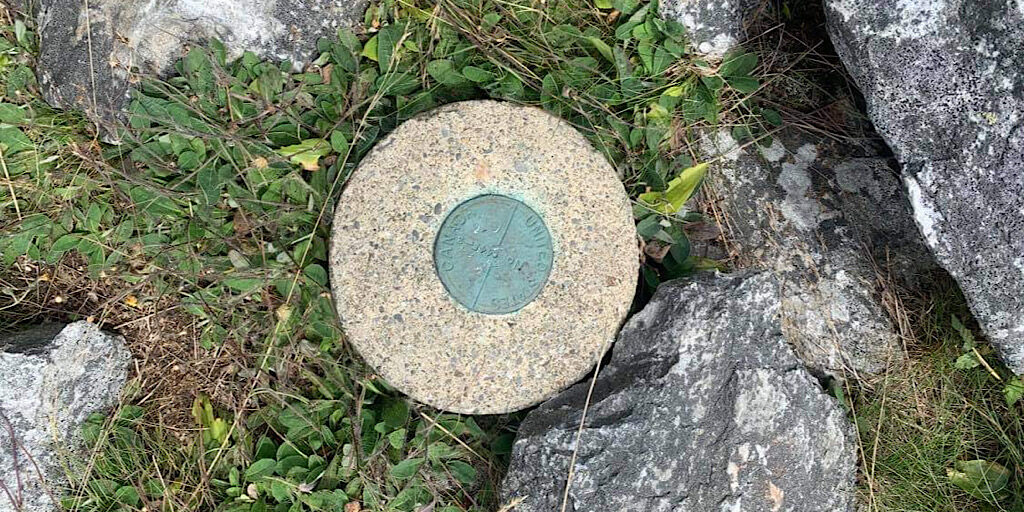 The Canadian border (and geographical high point of Boundary Peak). 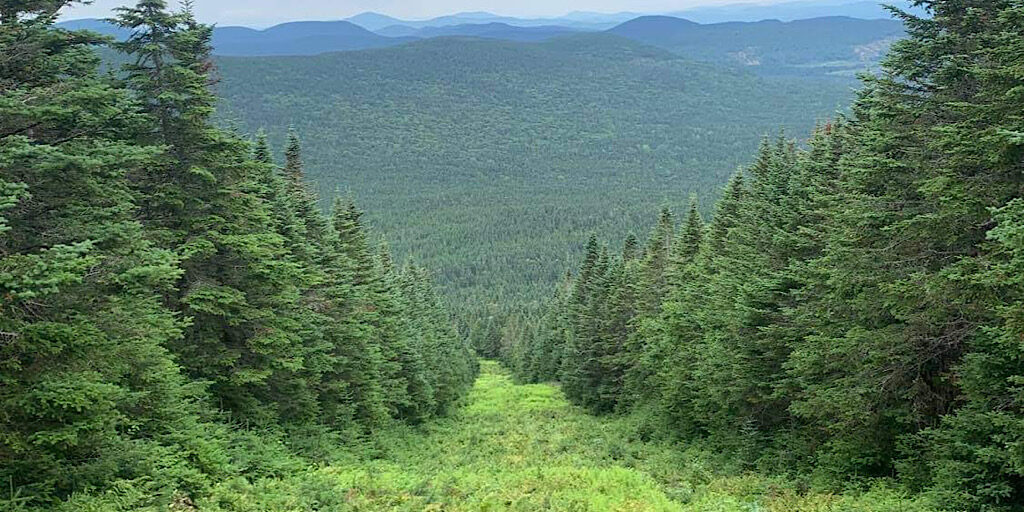 The swath. Animals love it and so do we.

Great lead, Ken, and to our guest, well done. Thanks for again choosing Redline Guiding.