Sometimes there’s no way we can keep up with trip reports. Just too much going on. We’re not complaining at all, but we are having to consolidate the weekend’s activities into a single post. So, without further ado, here we go:

Redline Guide Mike Cherim taught one student Wilderness Navigation helping him prepare for the oral boards on his NHF&G guide exam. Were we able to help him navigate those particular waters? Well, we hope so. 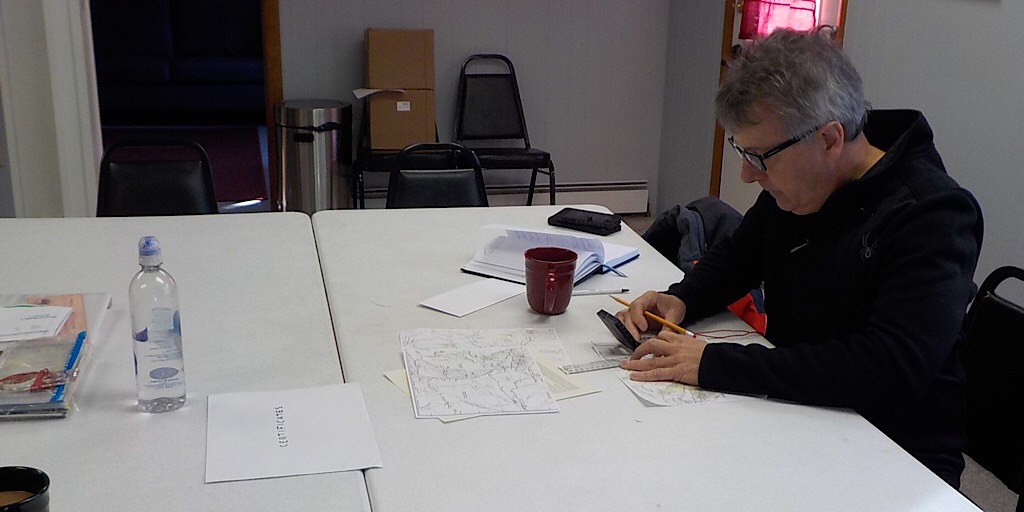 This custom course was geared towards a specific goal.

Friday: Frostnippy on Adams and Madison

While Mike was teaching Redline Guide Ken Hodges was pulling out all the stops helping a returning gusts work on his GRID (all 48, every month) taking on and summiting Mts Adams and Madison — now with fourteen peaks to go! On the day they did this they noted a calmer-air window and took it. It was very, very cold… frost nip cold (-11 at the trailhead), but they got it done. 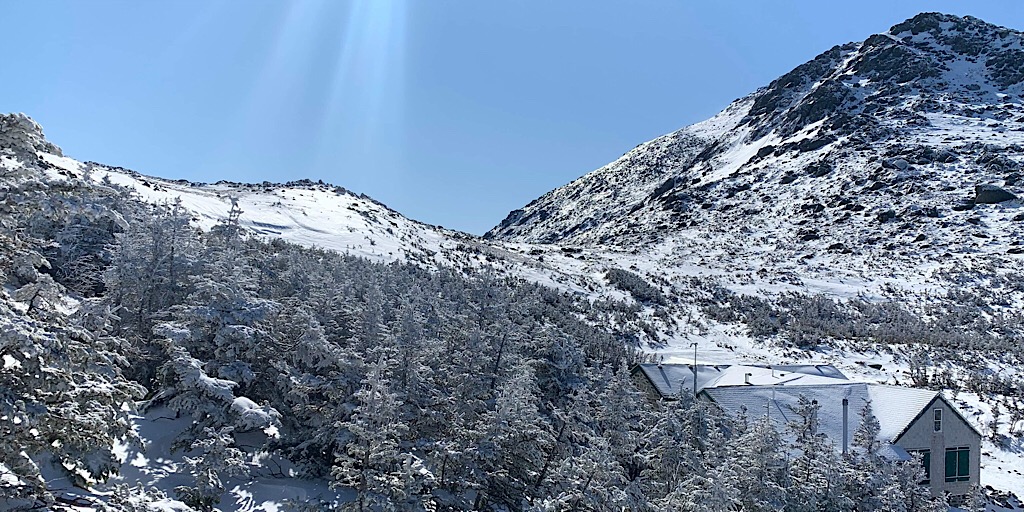 This area speaks of beauty and death in a single frozen breath. 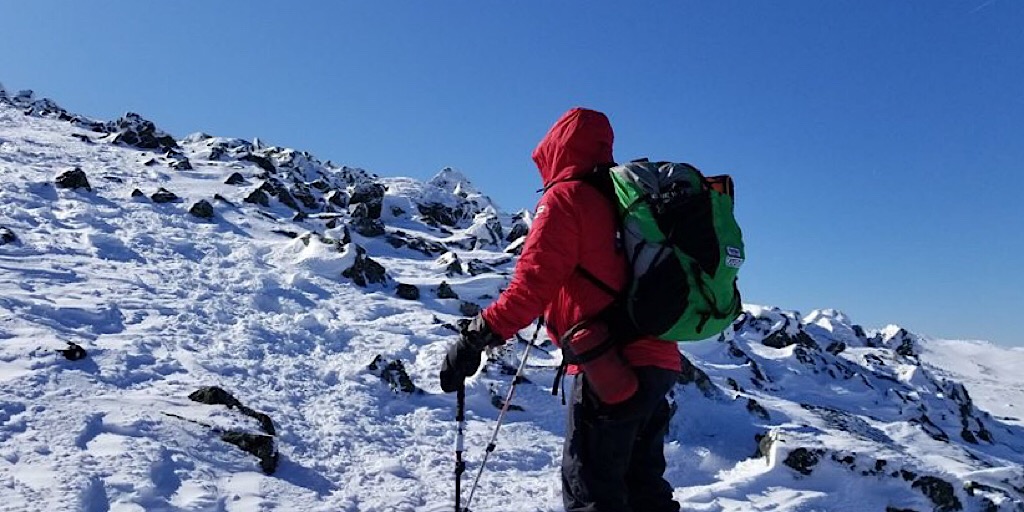 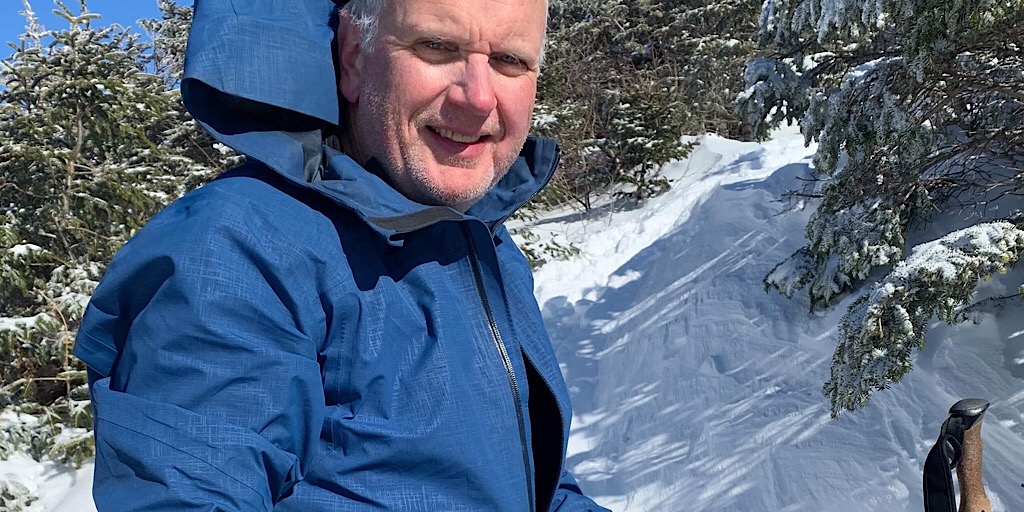 14 left to go on his GRID, with Madison and Adams forever done. Massive congratulations!

The next day found Redline Guide Ryan Mcguire on Mt Washington leading a returning guest. She had been with us once already this year but on that day they were unable to summit (thanks to the weather). This trip was all about redemption. And speedy redemption at that completing the entire hike in a little over six hours, despite fierce winds at the summit. 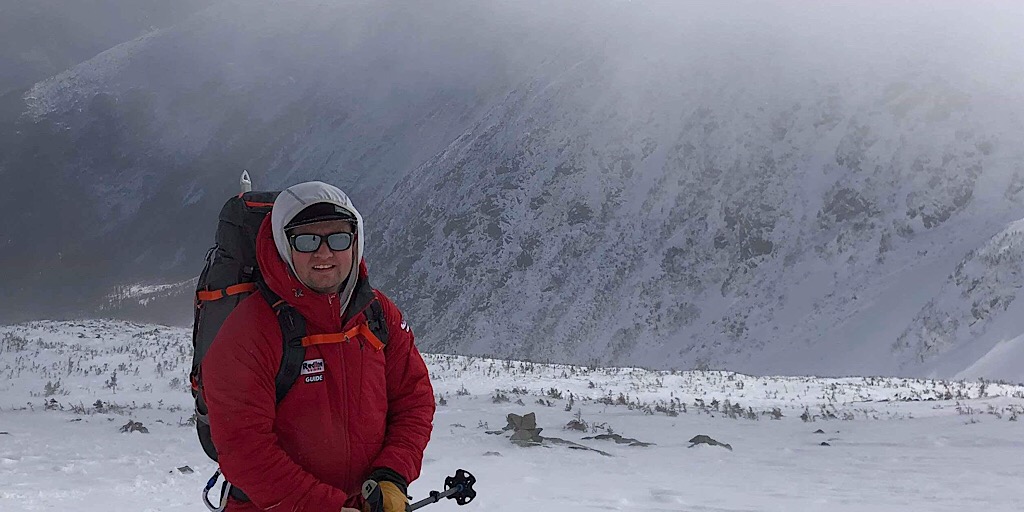 Ryan enjoying working on his mountain. 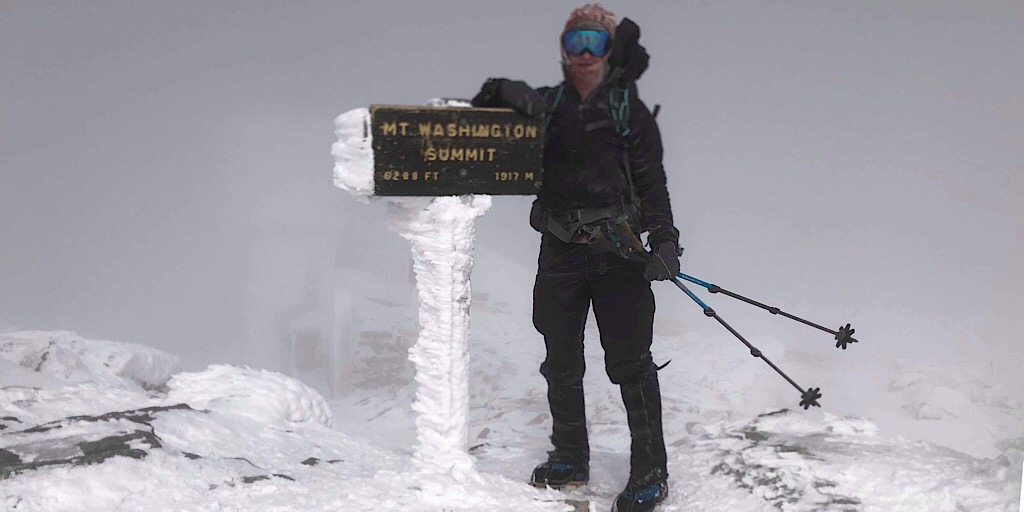 The team summited amid high winds and in low visibility, all while staying safe. Very well done!

Extreme pano shows it all.

While Ryan was doing his thing on Mt Washington (in record time, we might add), Redline Guide Pat Ferland was co-leading with Mike Cherim teaching Winter and Mountaineering Skills to a large group of people with a thing or two in common… like all attempting Mt Washington the next day, and eight of them being related. 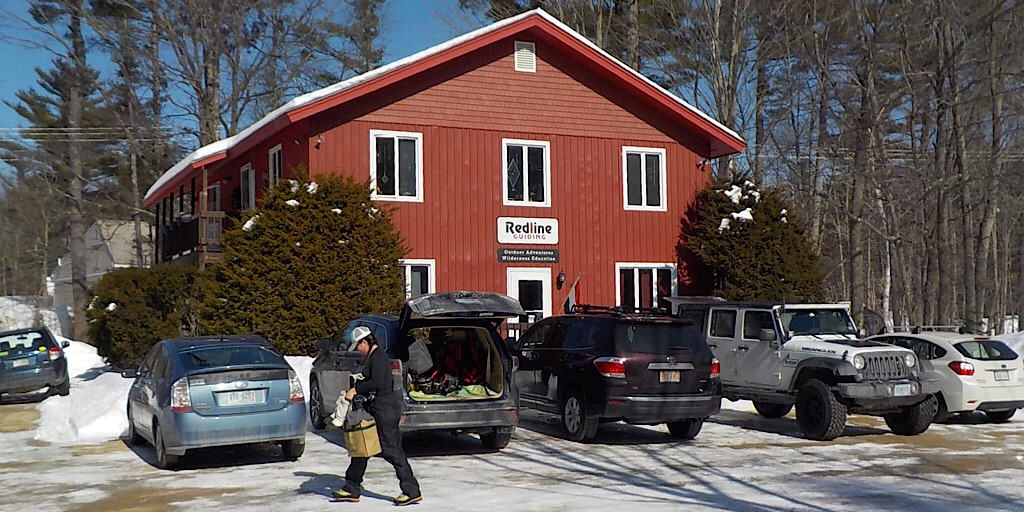 A hive of learning and activity. Love it! 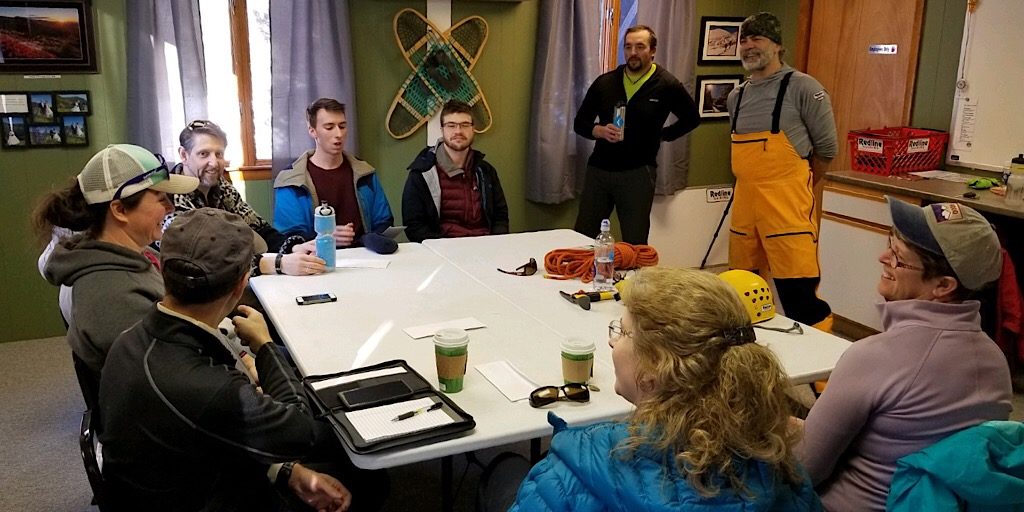 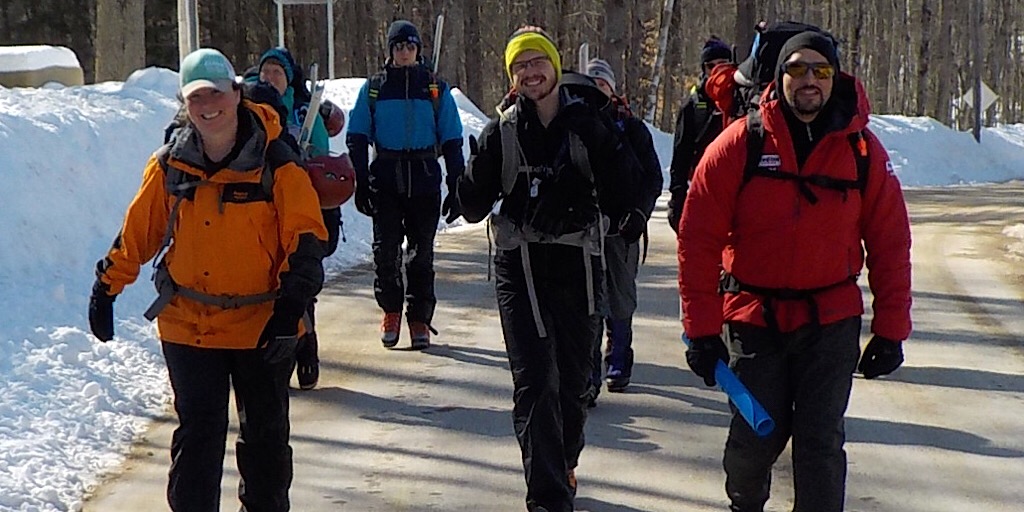 The team goes marching in, heading to crampon hill. 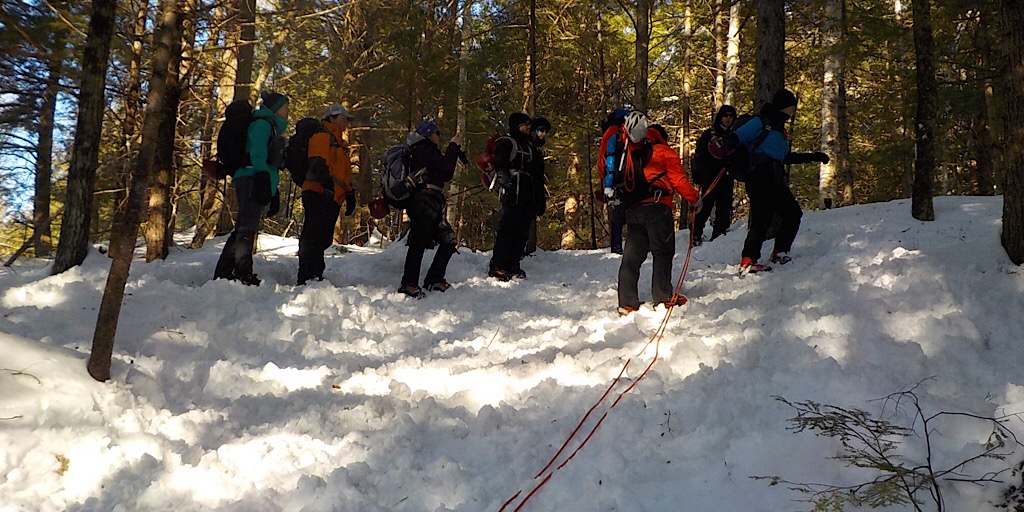 Rope is an essential safety item at times, in certain places. Here and now they just train.

Yesterday’s training led entirely to this trip today. On the job were Redline Guides Ken Hodges and Ryan Mcguire. Together it was their job to lead eight able- and now-trained-bodies up Mt Washington via the Lion Head Trail (via the quasi technical winter route), and back again. Upon reaching Lion Head three members decided to call it. It is, in fact, very physical, and very demanding, they were satisfied with what they done. Ken led them down. It was then up to Ryan to get the remaining five the rest of the way to the top and back down safely. And this he did. 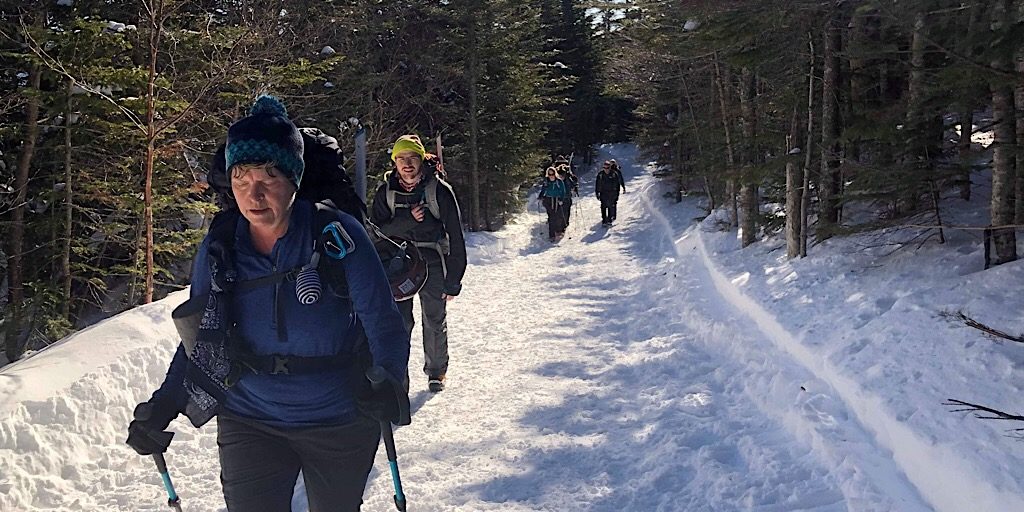 The hardest part lies in the start.

It was one of those rare days. Amazing. 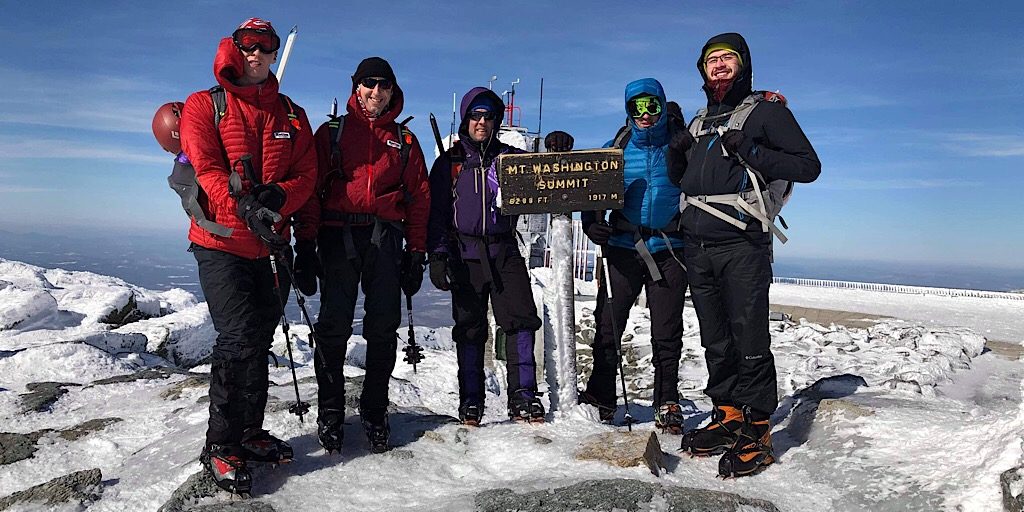 Five guests make it to the top of New England. Incredible journey… well done one and all. 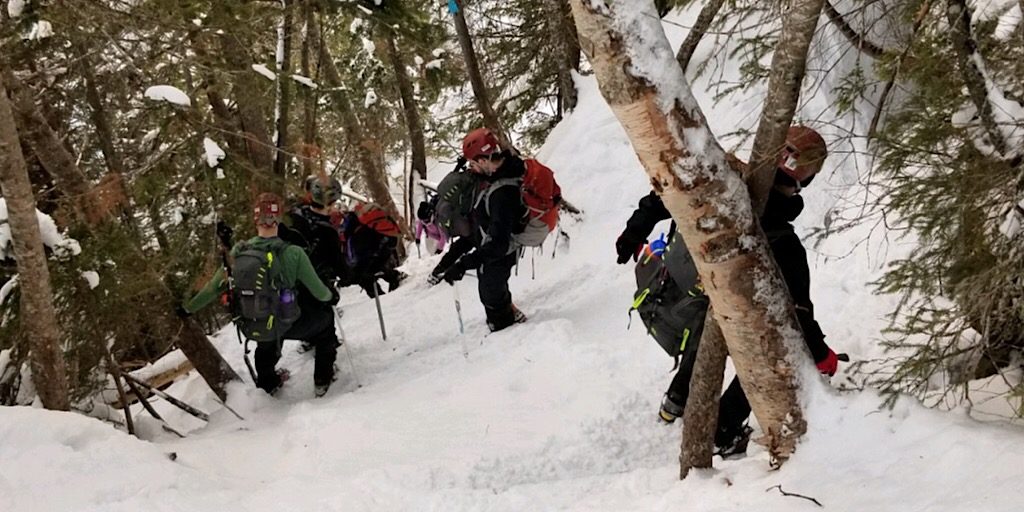 Headed down the steeps. Slowly. There was a log jam, so to speak. Photo by Jeffrey with his guest, above.

Sunday: One More for Washington, Please

We mentioned in the caption above that Redline Guide Jeffrey Shutak was just behind Ryan’s group and stuck in a log jam on the way down, per se. Jeffrey was guiding another fellow who originally came to know of us through a chance meeting on a hike on Kearsarge North (one of the 52WAV) with, well, Jeffrey… so it made sense Jeffrey would guide him. Spoiler alert: They, too, made it to the summit on the mountain. Yes! 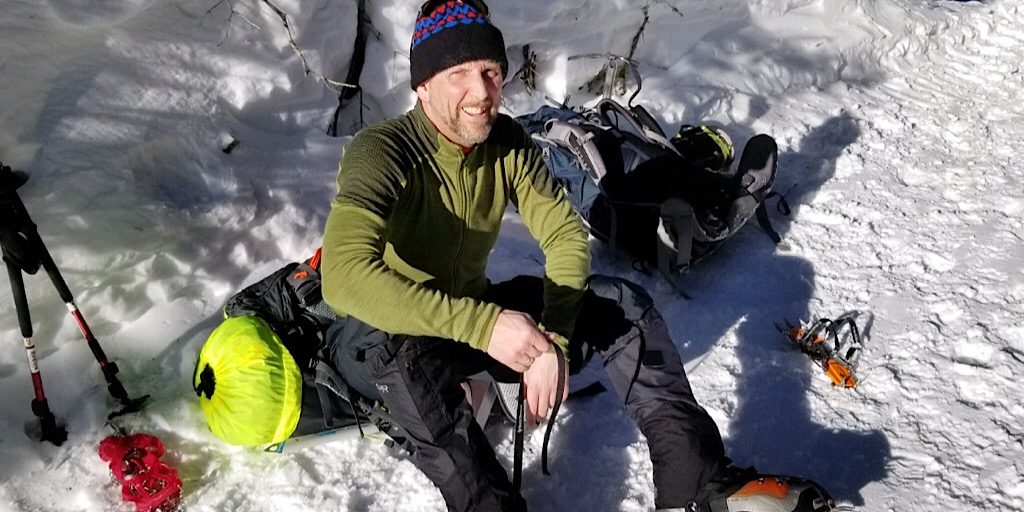 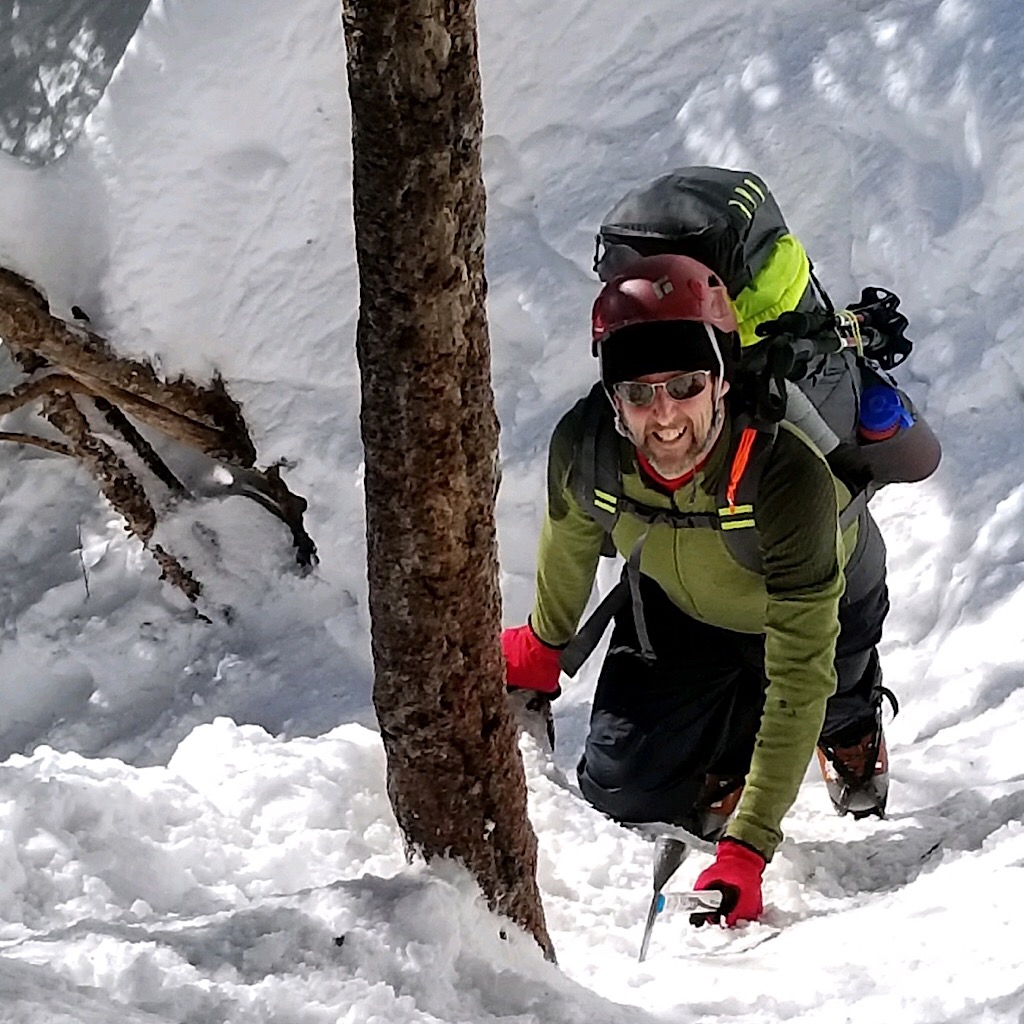 Putting the tools and training to good use. 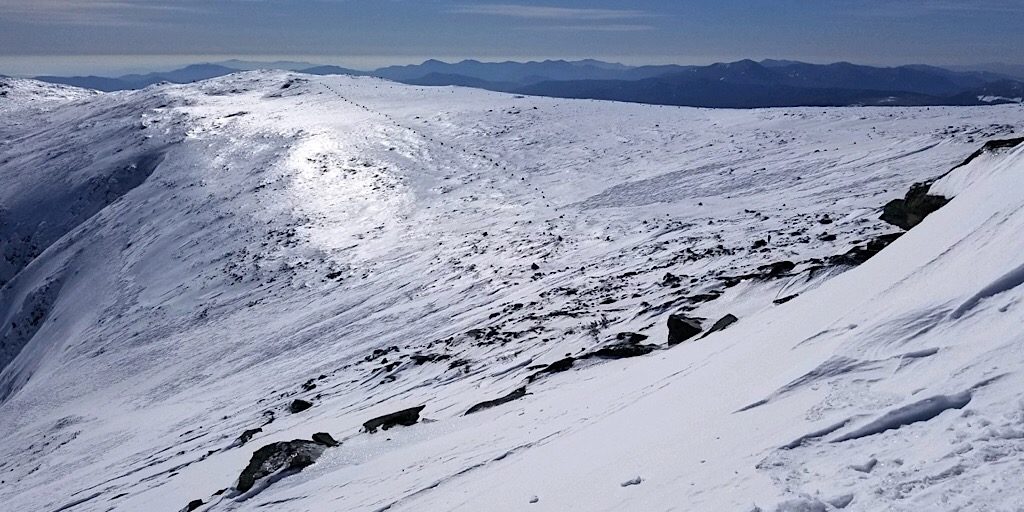 Second opinion: Jeffrey and guest thought it was a nice day, too! 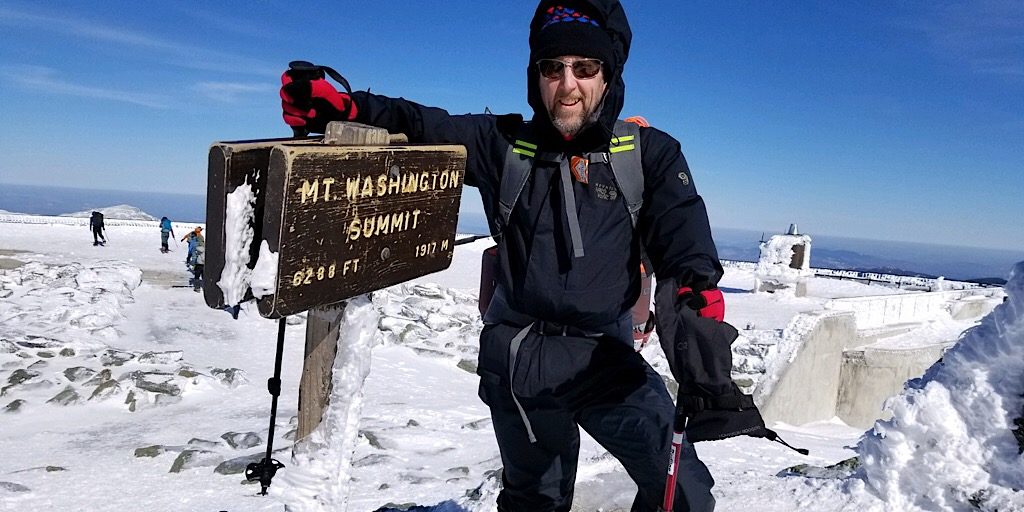 Heck, yes, well done. Six guests made it. actually. We love to see this!

Sunday: Prep for Horsing Around in Patagonia

While the aforementioned teams were on Mt Washington enjoying an incredibly nice day, Redline Guide Mike Cherim was working with a private student returning a third time for even more in-depth navigational help. She is preparing for a ~250 mile overland journey/race through Patagonia on horseback. The race is this week! We wish her luck. 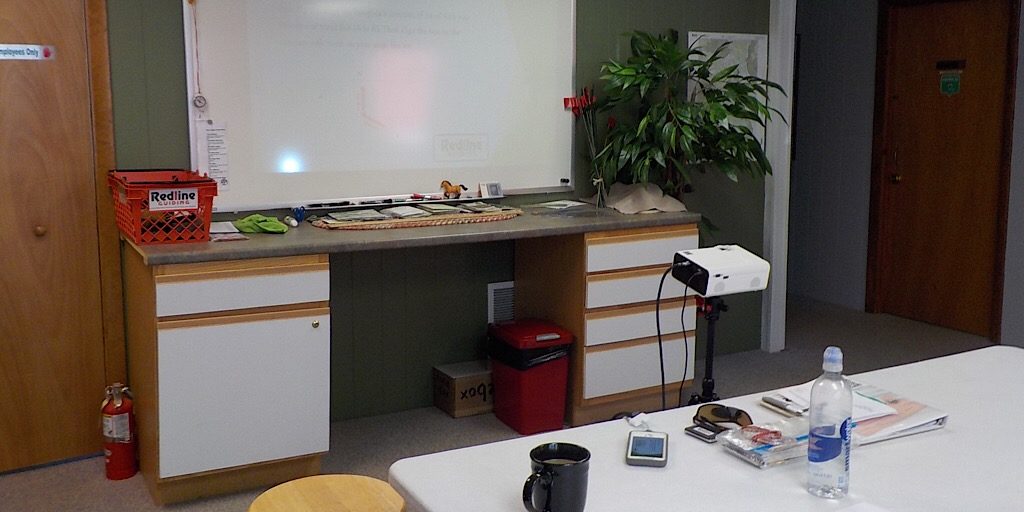 Progress in this room will be measured by our student’s success atop her horse in Patagonia.