We have been helping a peakbagger with now only 23 peaks remaining finish his GRID (that means hiking all 48 4000-footers in every month of the year — 48×12=576 peaks). We have been assisting with some of the winter mountains. Obviously this guest is extremely experienced. He hires us because having a knowing companion in the less forgiving winter months is just plain smart. That knowledge is the very result of all that experience. That he chooses Redline Guiding is also the result of this returning guest’s extensive experience. To us, it’s the ultimate testimony.

Redline Guide Ken Hodges took lead on this latest trip. The plan was to ascend Valley Way Trail, attack Mt Adams (5774′) first, then head over to Mt Madison (5367′) before doubling back and dropping back into Valley Way Trail for the exit. It was a sound plan, but there was a problem: a windy forecast bookending a lull allowed little time for this all to happen. Moreover, the lull would occur in the early morning hours. A 2:00AM alpine start was going to be needed. Sounds brutal, right? Well, it wasn’t. It’s a great time to hike. And for their efforts they were rewarded with not only both summits (just in the nick of time as the winds ramped up), but an amazing undercast sunrise as well. Thick clouds blanketed the White Mountains below them, and more clouds also lined the skies above them. And there, existing on a plane between these dense layers were our satisfied duo, the amazing morning mountains, and the rising sun. Our guest commented at the time that a Cadillac Mountain sunrise at Acadia had nothing on this. “Cadillac Mountain can suc…” such(?) or something; the building winds drowned out the sentiment’s ending. Later the guest commented that the trip was a “memory maker.” Just check out these photos that Ken took of their trip. Stunning, right? You can see why he billed it as a such. 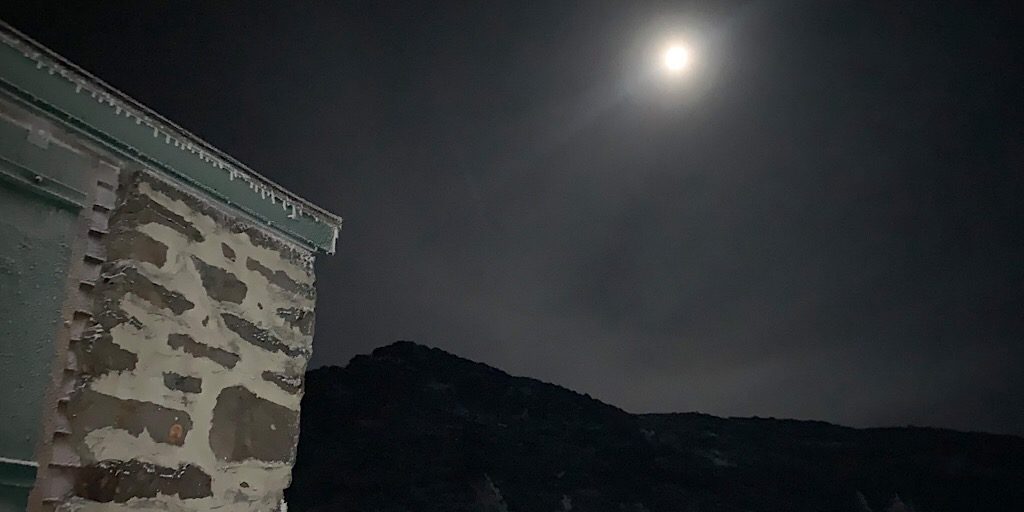 The team arrives at the Madison Spring Hut well before the dawn. Adams is first. 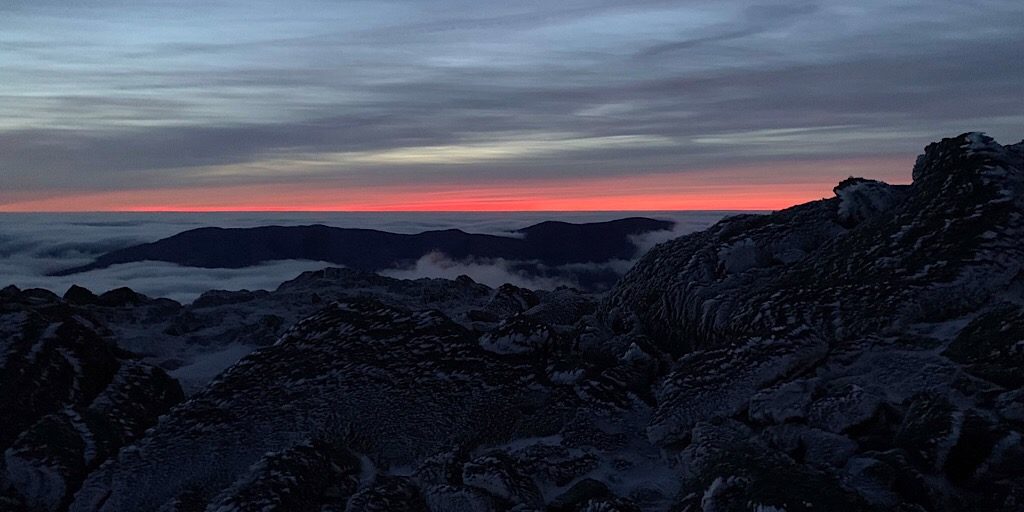 A ribbon of red tinges the sky as they ascend Adams. 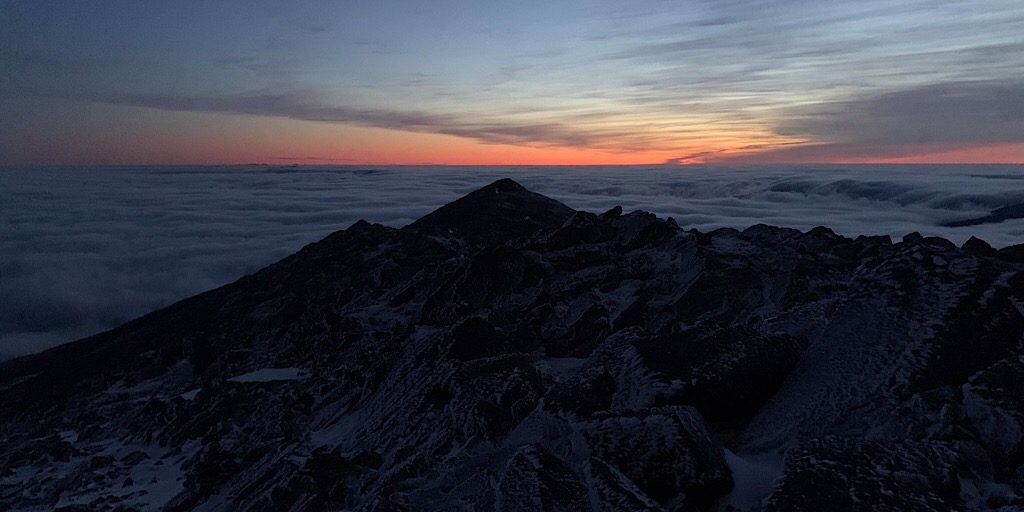 The silhouette of Madison imprints the sunrise sky. 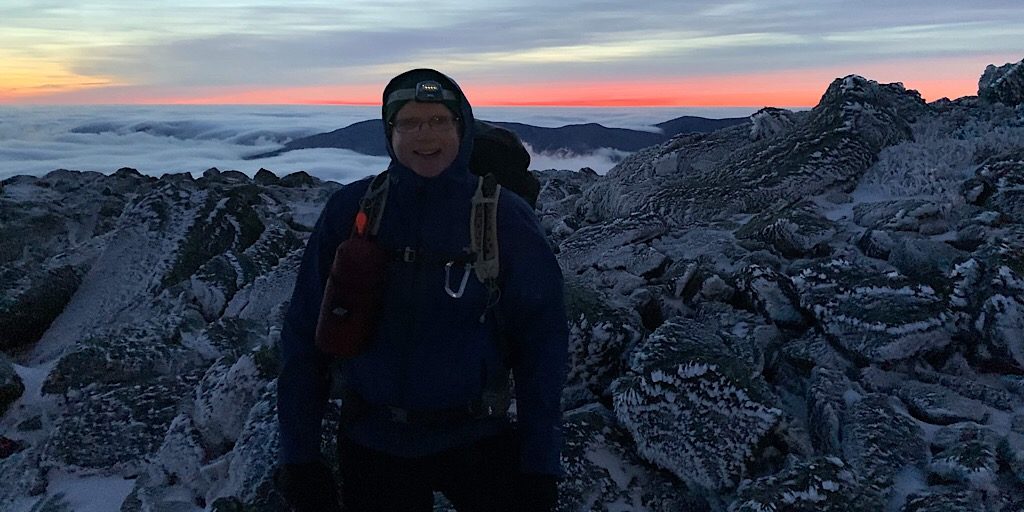 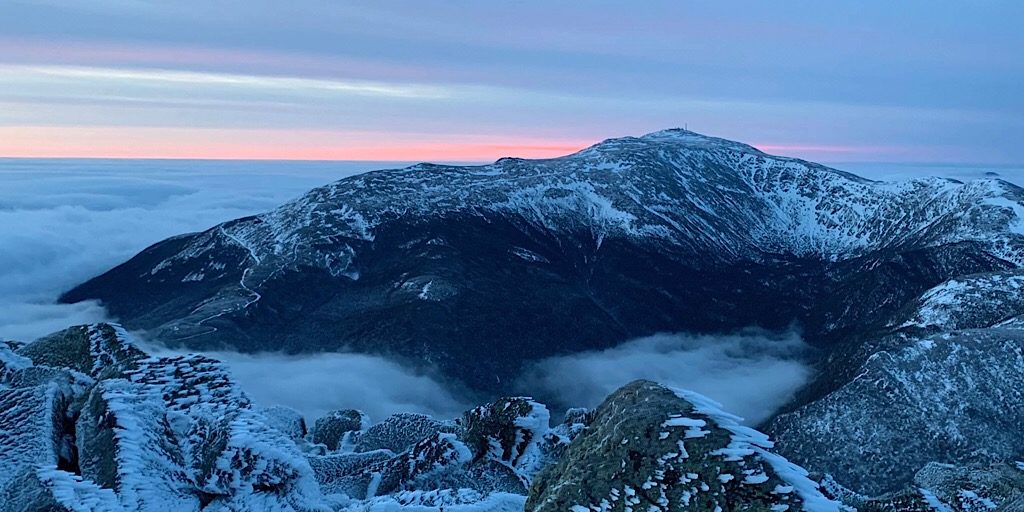 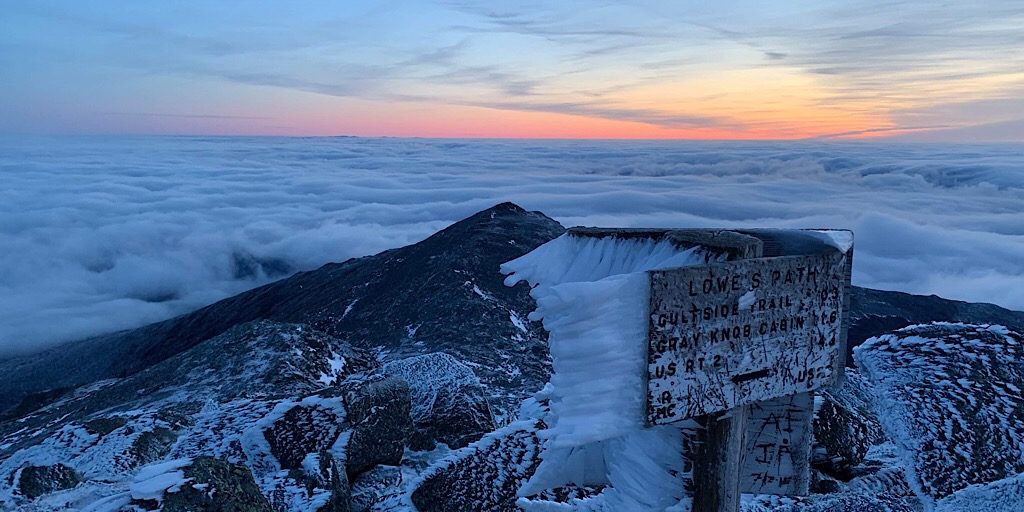 Madison as seen from the Adams summit. 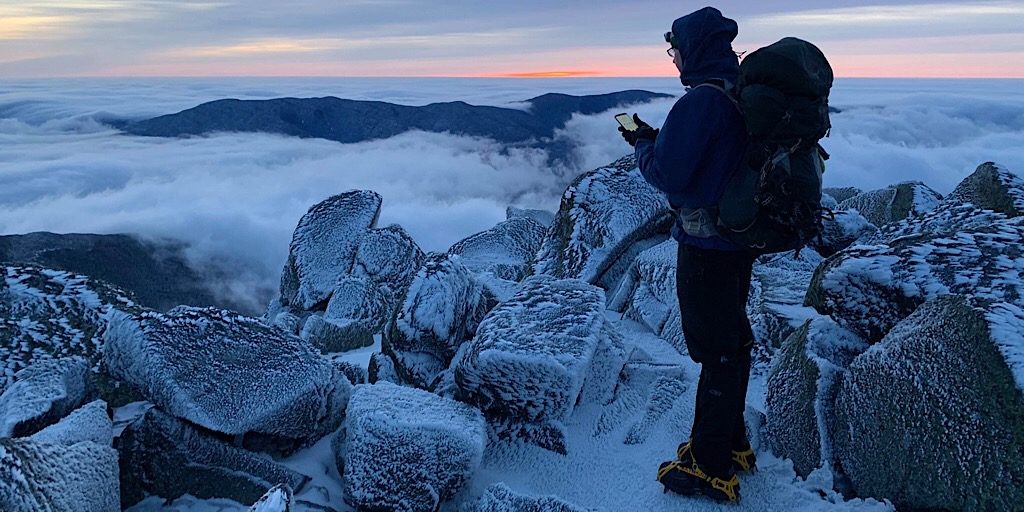 Our guest taking it all in before heading to Madison. 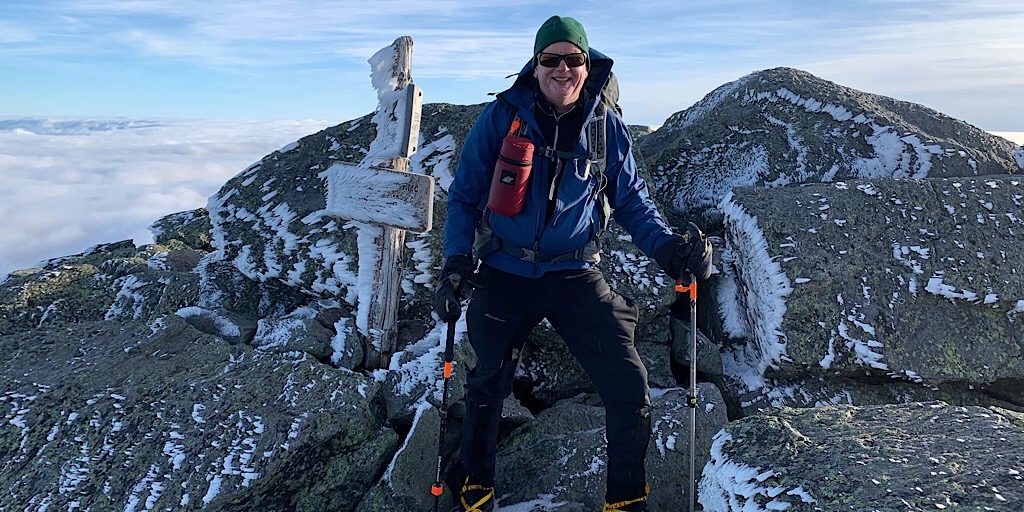 Madison also gives up its summit to our team, but barely in the intense winds. Time to go!

Great lead, Ken, and well done to our guest. 23 to go! Thanks for choosing Redline Guiding.