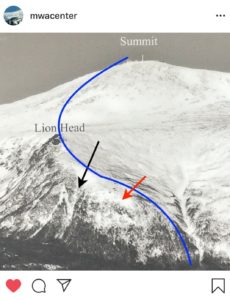 The blue line is the winter route the MWAC was asking everyone to take. The arrows indicate known avalanche paths.

Two days, one guest, intensive private training on day one followed by an ascent of Mount Washington on day two. This, among many activities, is what went on the past few days. Owner Mike Cherim led the training on day one, then Redline Guide Ryan Mcguire led the climb the next day. Oh, and what a day it was. We had long been hoping for snow, and finally it arrived. On that day! Thanks to the added precipitation, this weather on Mt Washington, the avalanche dangers soared. So much so, the added snow loads created some unstable areas prompting the Mount Washington Avalanche Center to shut down the Lion Head Trail’s “summer route” and move foot traffic over to what is known as the “winter route.” The latter is more of a mountaineering experience due to the steepness of the terrain as well as the trail’s objective and subjective hazards.

On the day of the hike, Ryan cited concerns about avalanche conditions. He wondered if they would be closing the “summer route” in the name of safety. He was right to concern himself. The routes were in fact switching in real time as Ryan and our guest were on the mountain making their way from the Fire Road to the typical summer route junction. They had almost arrived when thanks to a notification for a MWAC (@mwacenter) post on Instagram, Ryan knew the routes had just switched so they made their way back to the Fire Road to access the winter route. Since this was all happening right then, Ryan and our guest got to be the first climbers of the year accessing this route. Of course this meant that over the next couple hours they would break in the route busting through deep snow in steep terrain (see a clip on our YouTube channel). They didn’t summit. They didn’t even go to Lion Head itself. Breaking out that trail is exhausting. That said, it is also a terrific alpine experience. 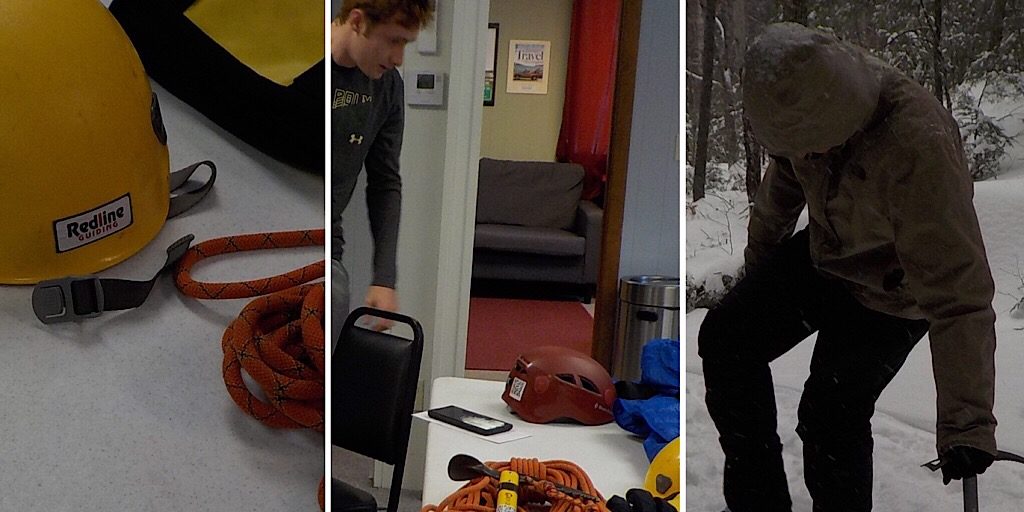 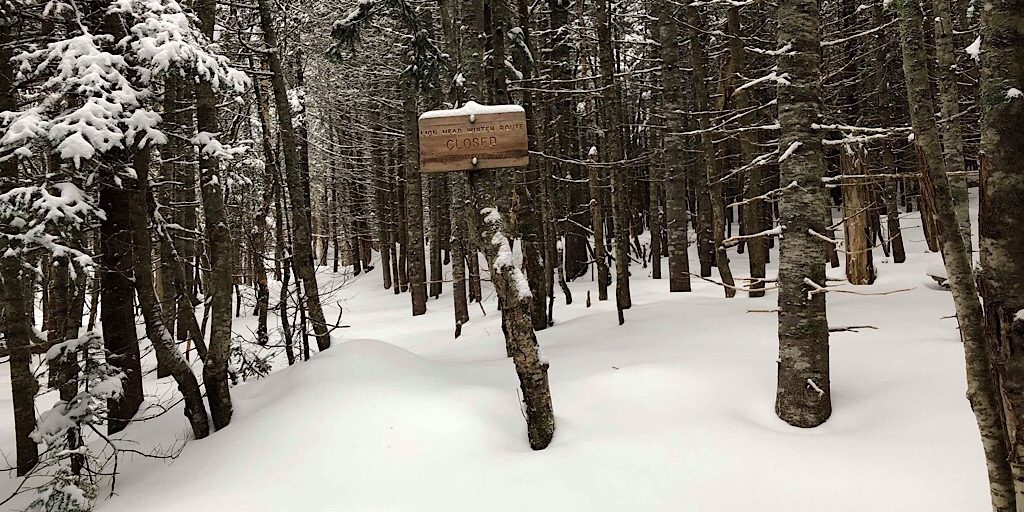 The sign says Closed, but the winter route is open, just not broken in. Yet. 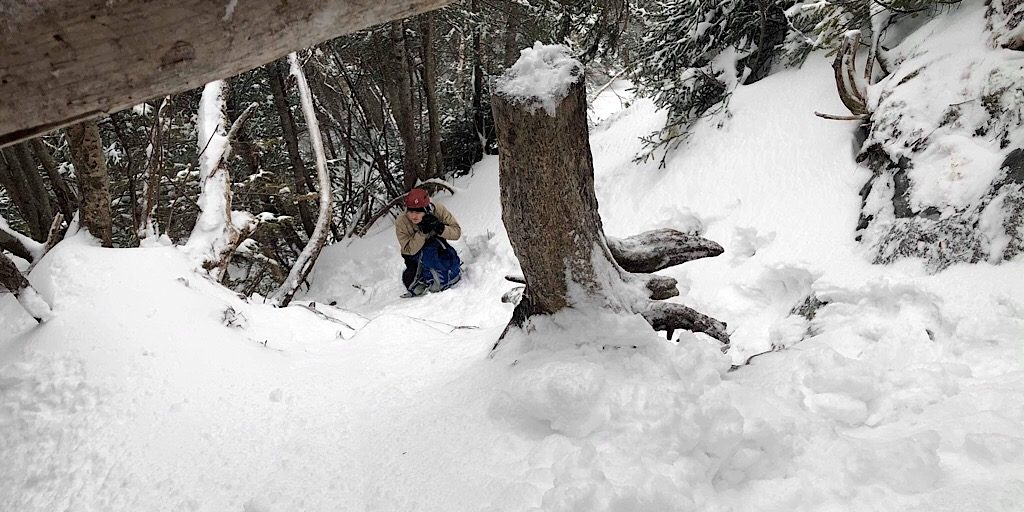 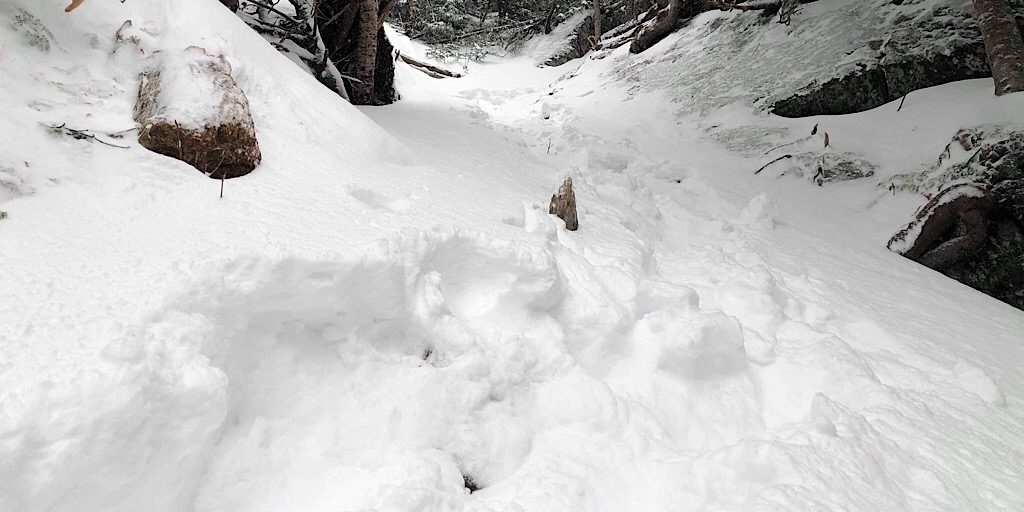 Looking up the second pitch, so to speak. 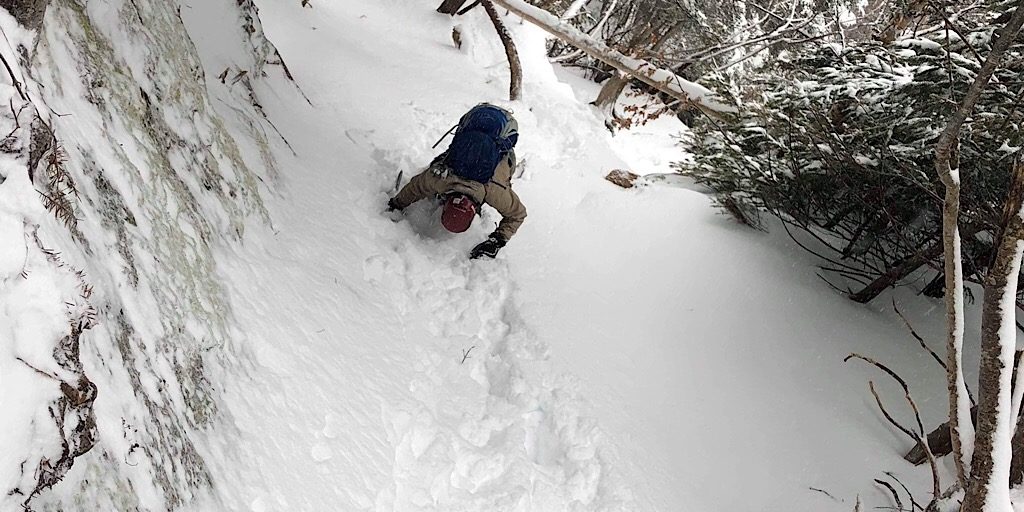 Digging in they keep sending. This is hard work! 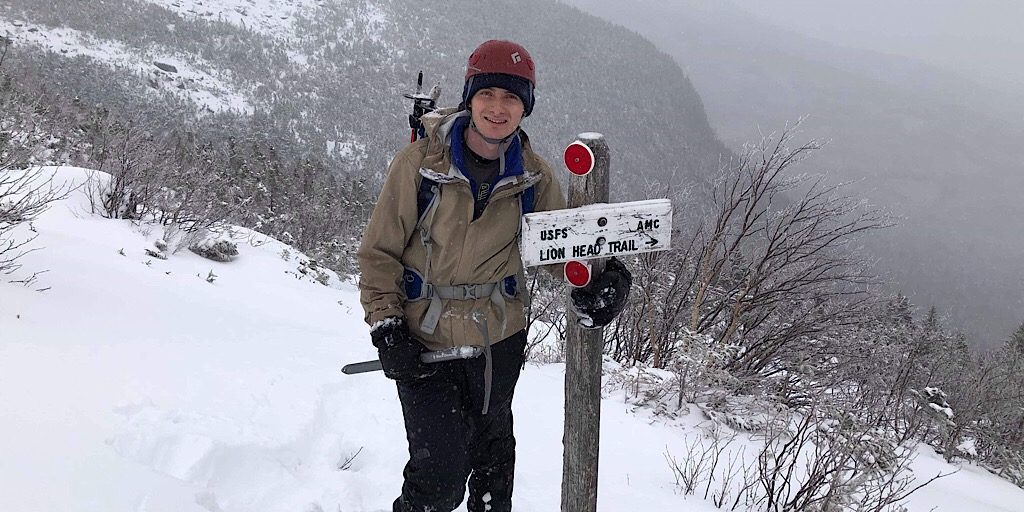 Due to the time and the effort put into this climb so far, they call it at treeline. Well done gentlemen!

Great lead, Ryan, and to the whole team: way to go. You guys rock!