The big ones in the north were done. The rest will remain for another day.

The team started hours before the sun rose, but this was important so as to avoid inclement weather forecast for later on that day. As much as the they wanted to fly up the mountain to seize the ridge and start their winter Classic — Madison to Pierce — Presidential traverse, they had some difficulty getting going.

This all changed, however, when they finally reached the col between the 4000-footers, Mts Madison and Adams. From there the summits fell in succession.

The team enjoyed an incredible day. Redline Guide Ryan Mcguire was leading and they made good time. Ryan checked in with his route progress a couple of times offering insight to us back at Basecamp — Adams, Jefferson, Clay, etc. This steady progress led to the completion of the Northern Presidentials and resulted on them standing on the Mt Washington summit. Amazingly the frisky weather up there cooperated. For a while, that is.

By the time they made it to Monroe they were shrouded in clouds and the wind had gotten nasty. By the time they reached Edmand’s Path at the foot of Eisenhower, they were done. The whiteout conditions and wind proved too much. These elements command respect, so we give it. This left two mountains, Eisenhower and Pierce, but these Southern Presidential summits are a bit easier to attain. The big ones in the north were done. The rest will remain for another day. 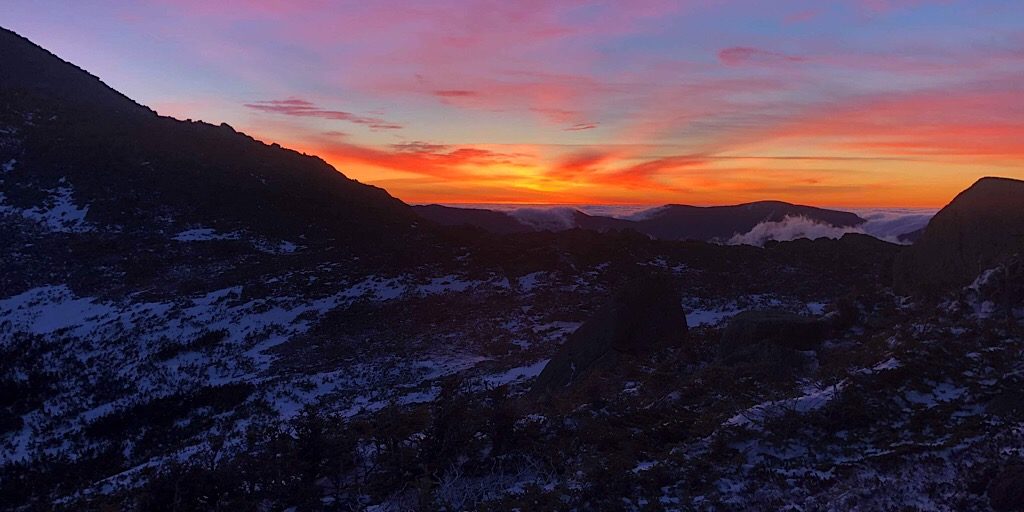 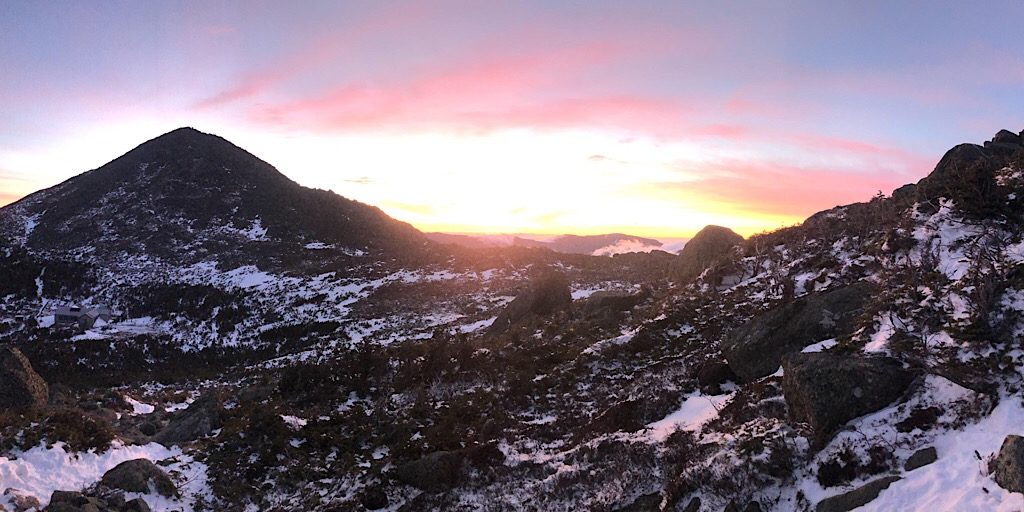 The team is active, but they keep having to pause to admire this. 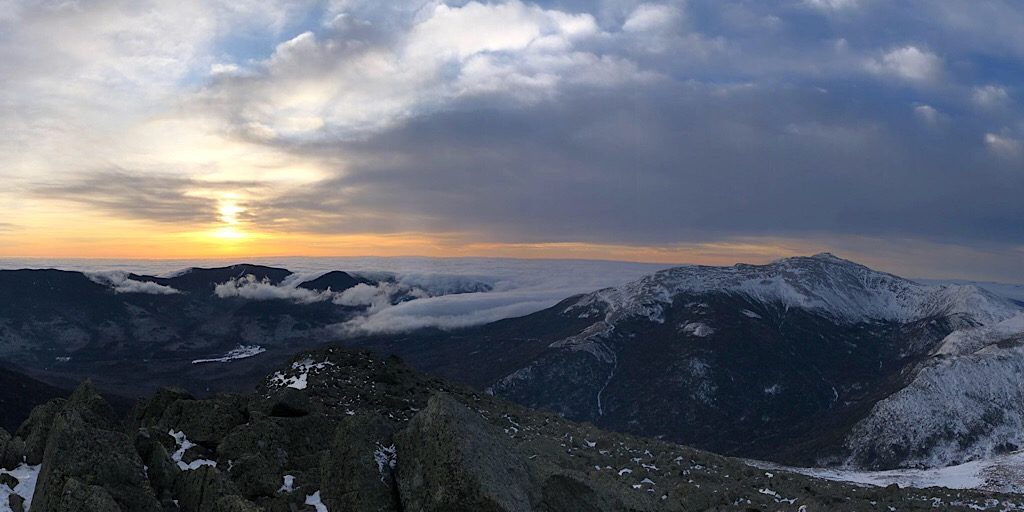 This pano captures just some of their day. 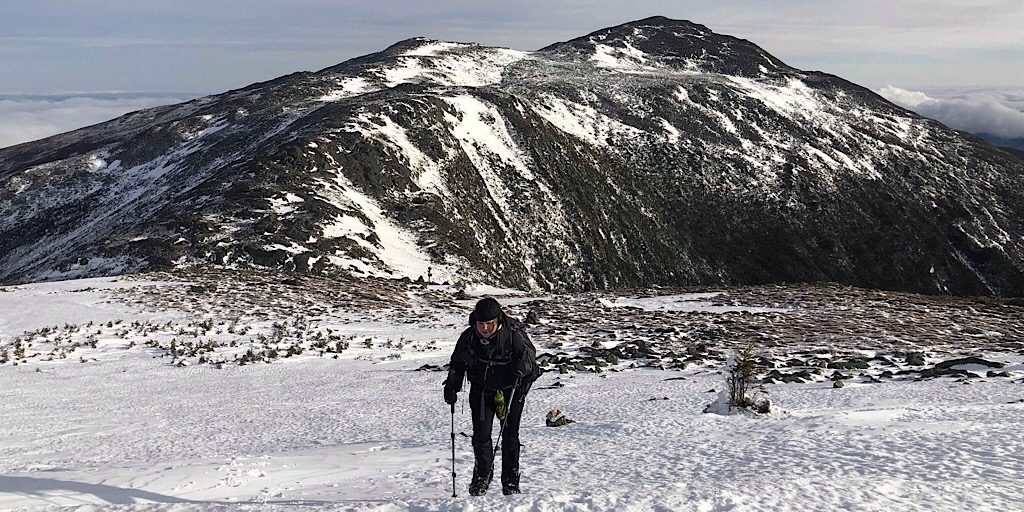 Steady progress traversing a ridge on a beautiful winter day. Here they are approaching Jefferson. 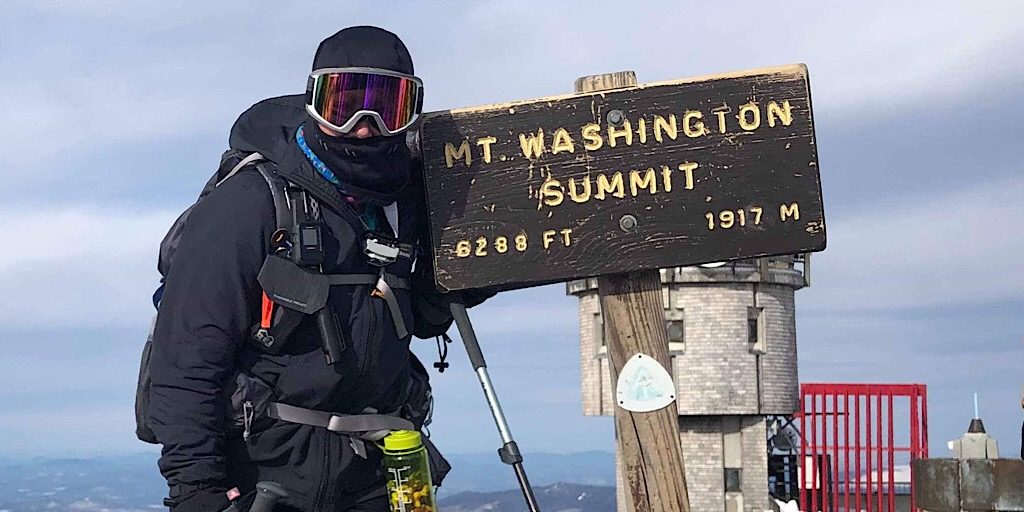 It is mostly downhill from here. If the weather will wait. 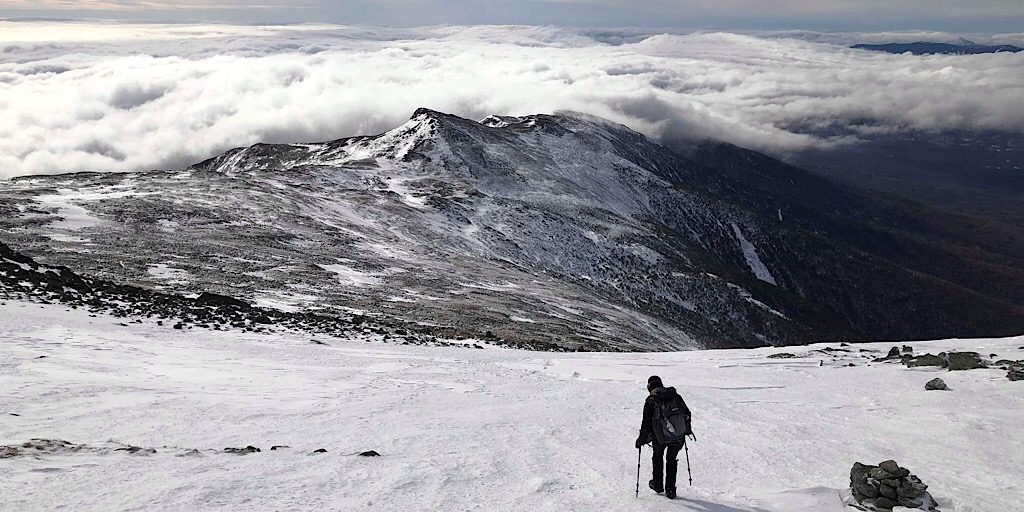 Dropping down toward a now-clear Monroe. That will change. The clouds will devour them and the mountains. 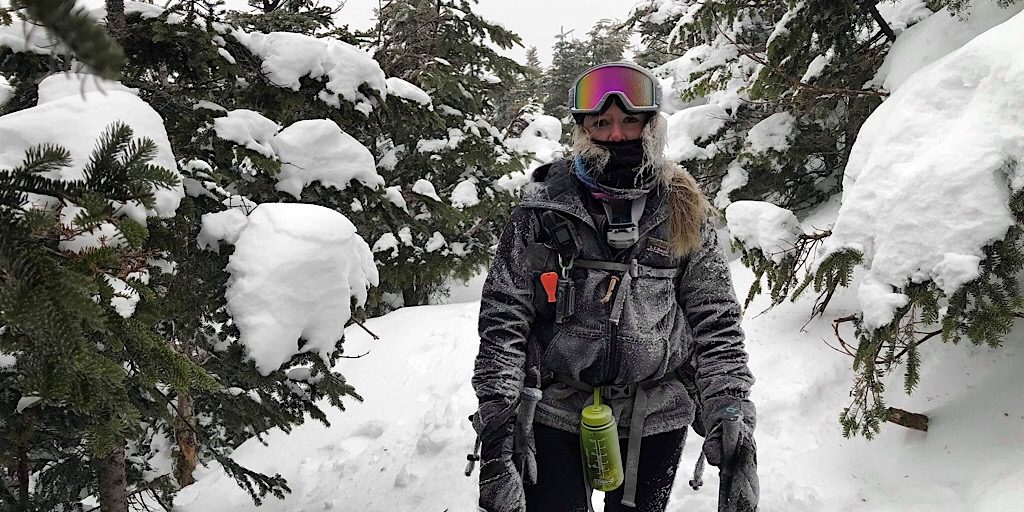 Back below treeline on Edmand’s Path. Frosty!

Well done on the lead, Ryan, and a great job to our guest! Thanks for choosing Redline Guiding.