When going over isn’t an option, going around surely is. This was the choice Redline Guide Ryan Mcguire was presented with on his most recent Presidential Traverse attempt leading a single guest. Attempt, yes, because as much as we would love to complete all our quests, weather and other factors will sometimes get in the way. In this case it was the weather. Specifically, the winds. Ask anyone who participated in this year’s Flags on the 48 event — an event which commemorates the victims of 9/11 by hoisting a flag on the summit of each of the 4000-footers of New Hampshire. A lot of flags were hoisted, but only a few on exposed summits. The winds were bordering a dangerous velocity. The condition was “no-go.”

This was supposed to be a two-day traverse staying at the Randolph Mountain Club‘s Gray Knob Cabin after summiting Mounts Madison and Adams. The balance of the traverse to be completed to the exit after summiting Mt Pierce on day two. That didn’t happen, either. Again, the winds were just too strong for prolonged travel in the alpine zone. Our guest wants to try again, however, this time in a single day. Stay tuned! For now, memories were made and photos were taken. 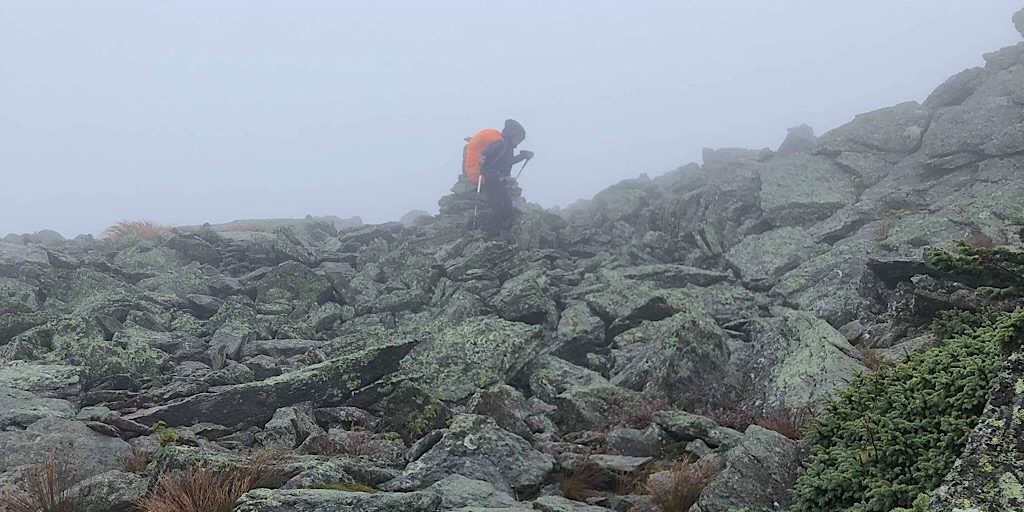 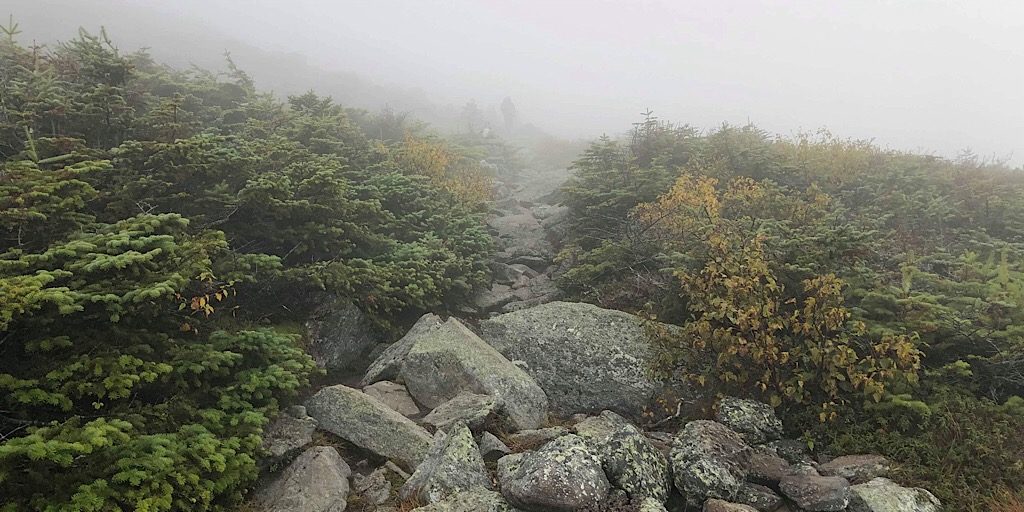 Nothing to see here, folks. 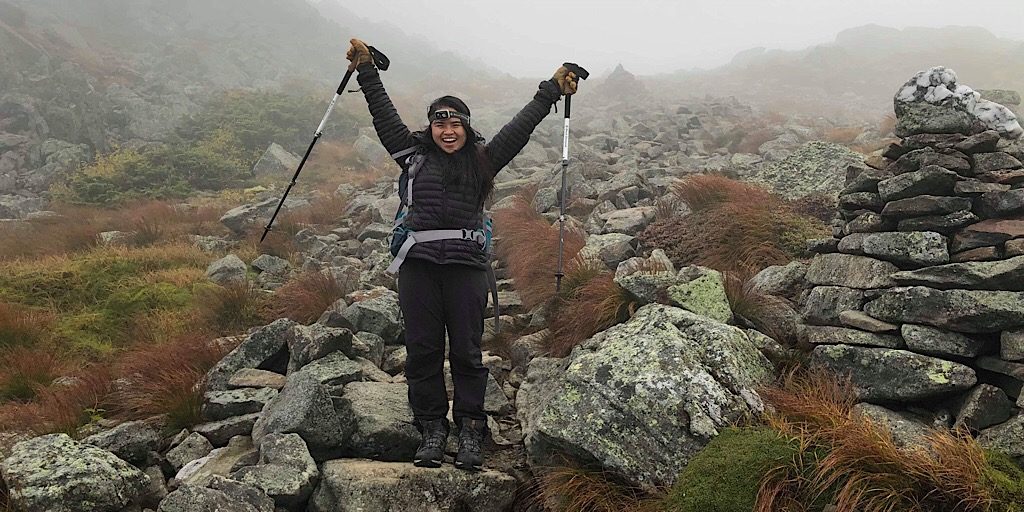 It was a fun and wild experience. 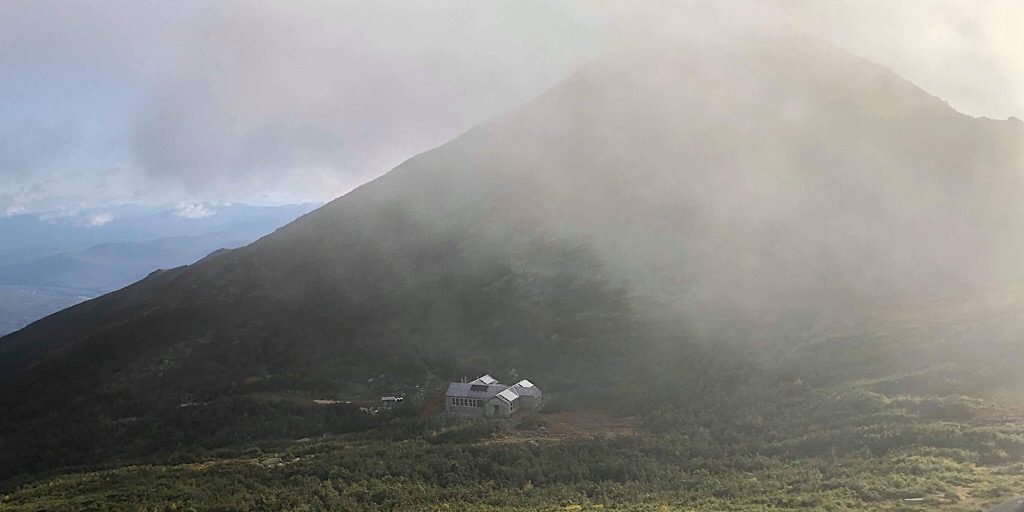 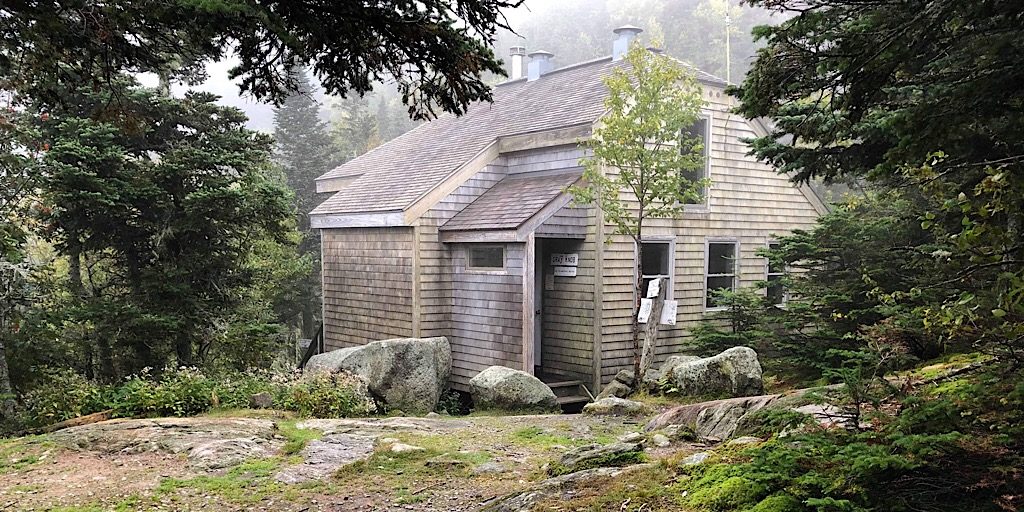 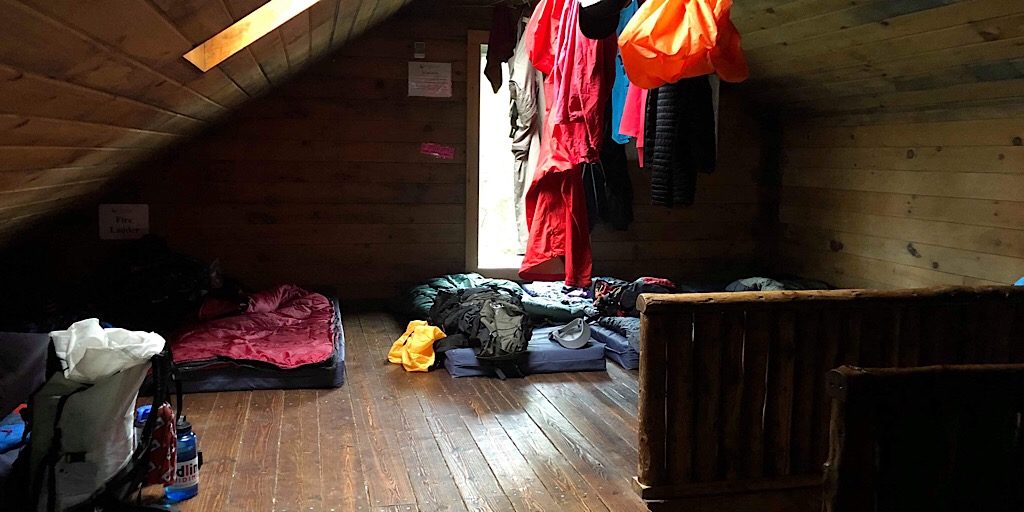 Settled in for the night. 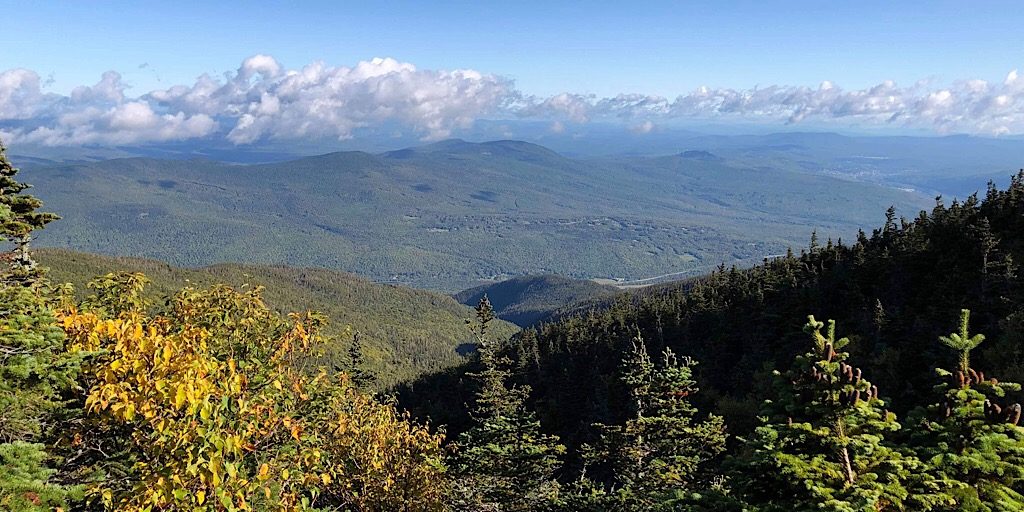 Well done, Ryan and Team. Thanks for choosing Redline Guiding. Until next time…