This past weekend we provided leadership to an important Team In Training event raising money for the Leukemia & Lymphoma Society (LLS). We found ourselves doing this thanks to North Ridge Mountain Guides (NRMG) who sought us out for leadership assistance. (Mike and the owner there, Jamie, used to guide together and are friends.) The leadership provided came from Redline Guides Ken Hodges, Jeffrey Shutak, and Ryan Mcguire. And of course NRMG provided their own leadership as well: Jamie himself, Justin, Becky, and Tim. Together we all made a great team and the day a success. 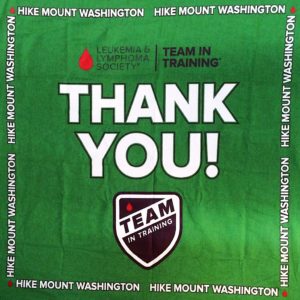 Besides the goal of raising money for the LLS, the primary objective of the event was for its participants to summit the 6288′ Mount Washington. In that being said, secondary participant-centric objectives were also provided for those who preferred them. Namely, the 2800′ Mt Willard and the 4780′ Mt Eisenhower were also offered. A group up each was likewise led. To work within the spirit of Leave No Trace (LNT) and in adherence to its seventh principle, Be Considerate to Other Visitors, we purposely organized the event so as to limit group sizes attempting (successfully) to avoid congregations on trail and on the summit. On Mt Washington two groups went up the Ammonoosuc Ravine Trail (a full hour apart) and down Jewel Trail, one group went up Jewel down the Ammo, and one group went up and back on Lion Head Trail. It all worked out in the end.

There were certainly challenges, and for some of the mountain guides as well as for some of the eager participants it meant a very long day, but we were all joining forces and doing good stuff. We were part of something far bigger and far more important than us. And in the end we can take pride in knowing that some 57 people from all walks of life hiked and summited something that day. Forty of which made it to the summit of the Northeast’s highest mountain: Mt Washington — thankfully on a fair weather day! Perhaps more importantly, a sum of nearly $387,000.00 was raised for the charity and cancer patients and those close to them will benefit. Here are a couple of photos from the day, courtesy of Jeffrey, Ryan, and Ken. 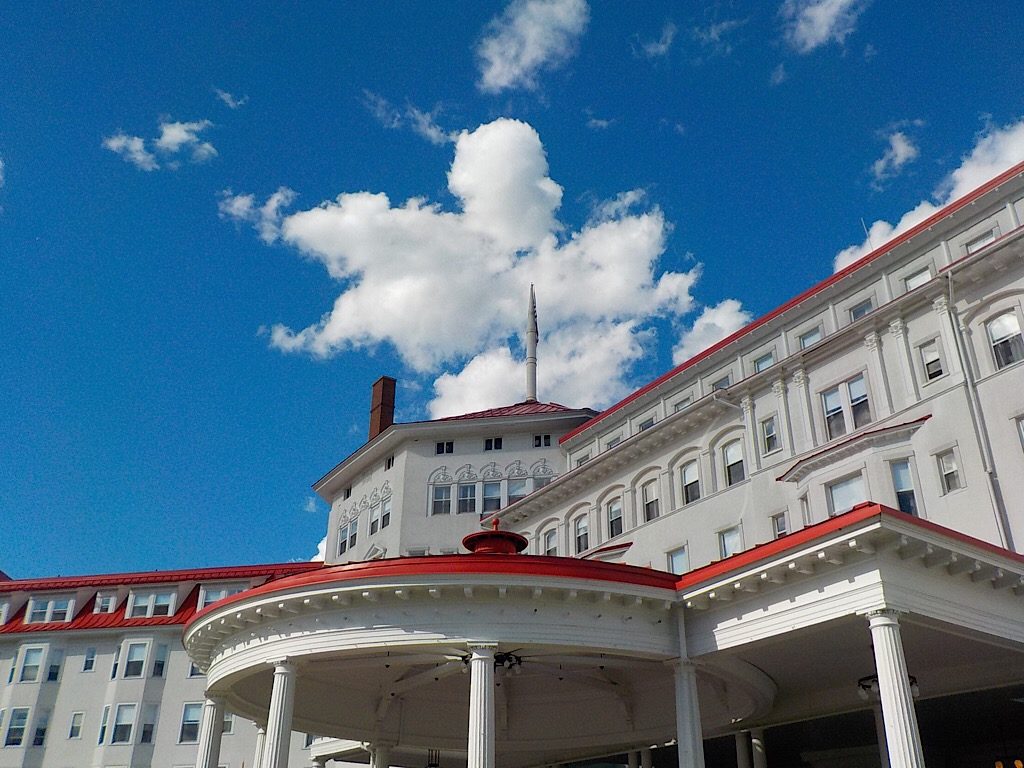 The event began Friday evening with a dinner and gear check at the Omni Mount Washington Hotel. 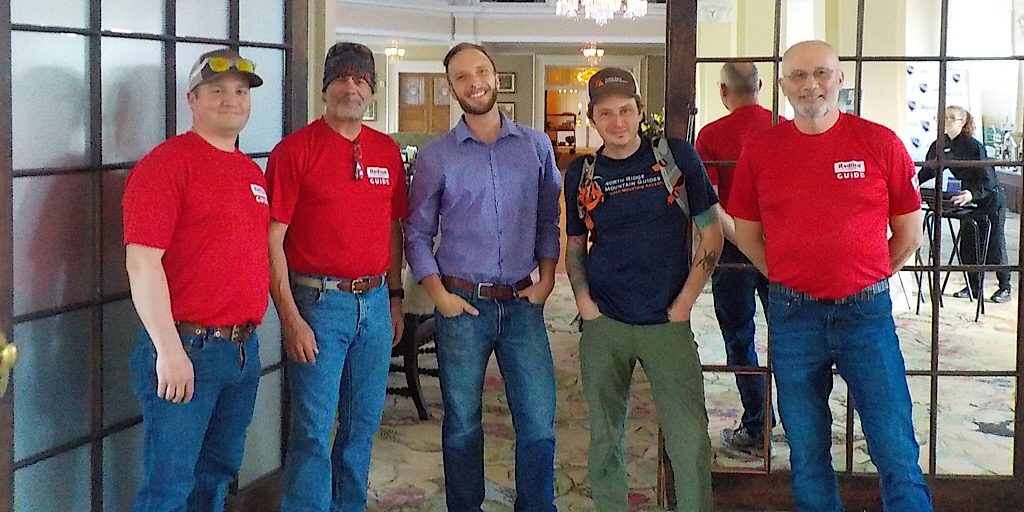 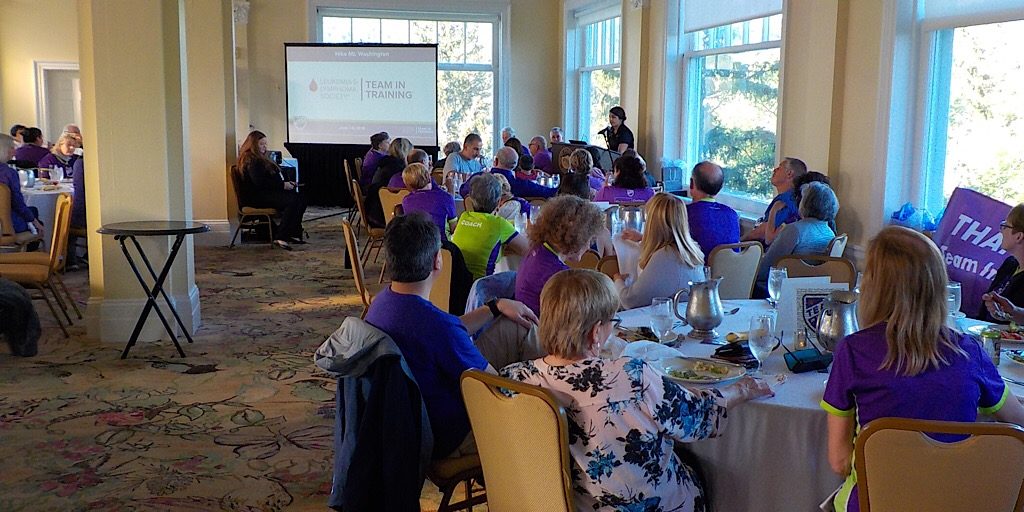 It was quite the event. Dinner was served by the hotel. 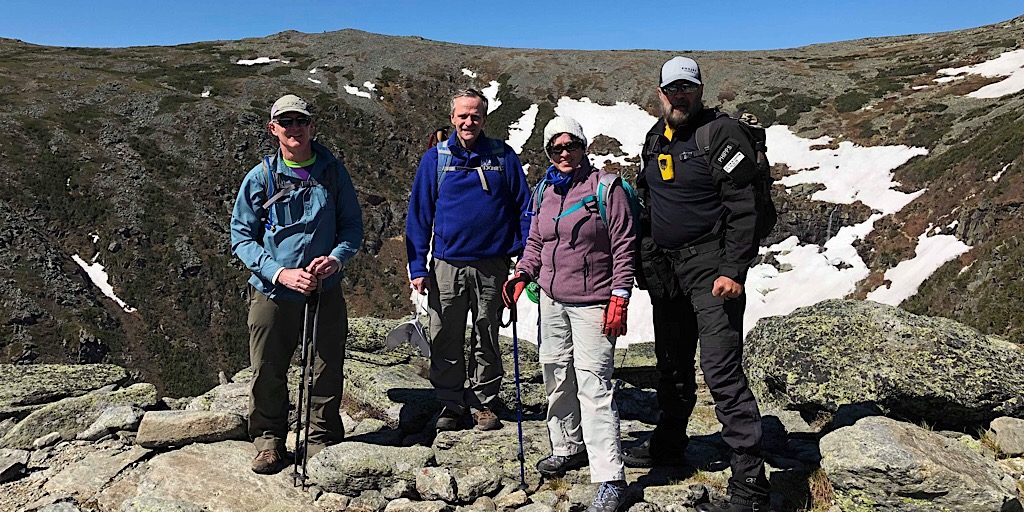 The Lion Head Team led by Ryan. The weather was awesome. 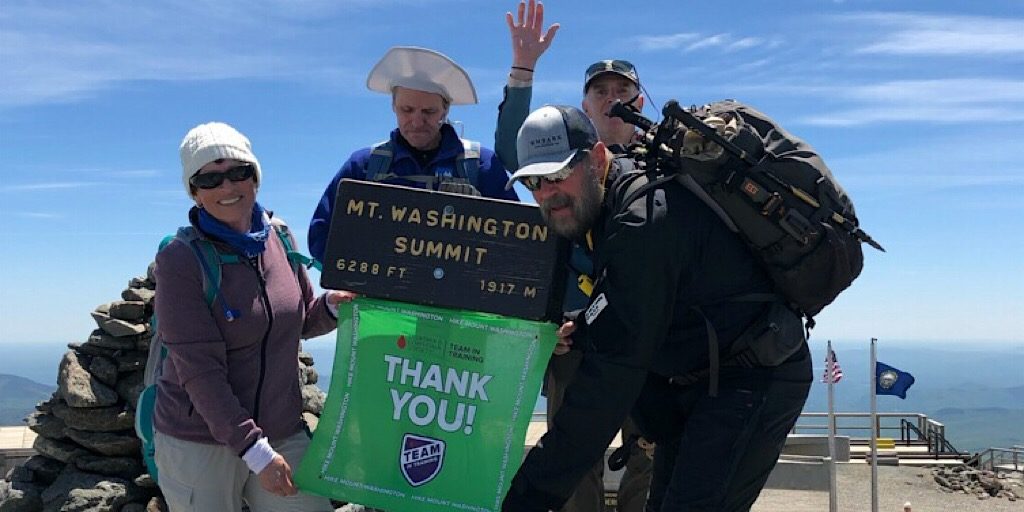 Ryan’s team made it. Being a smaller group, they were able to move very fast. 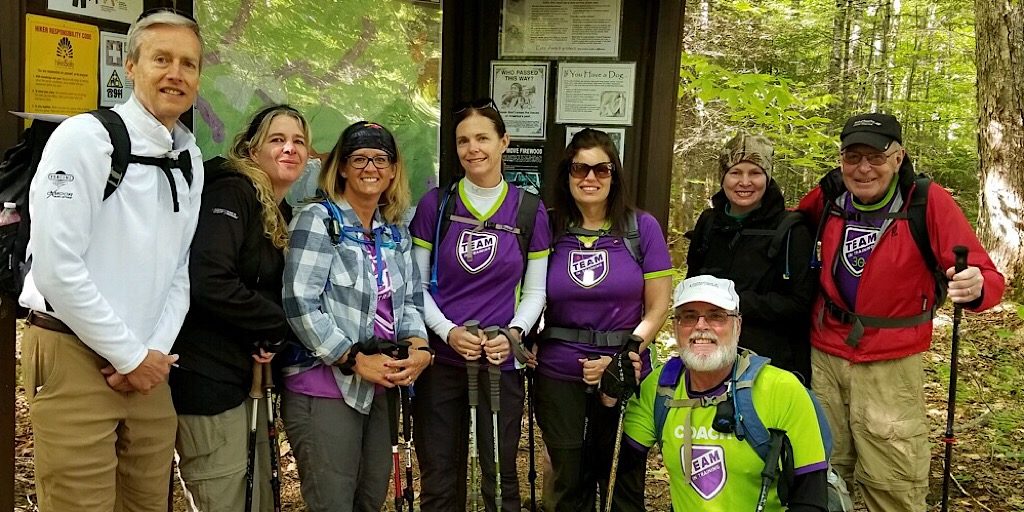 The Eisenhower Team led by Jeffrey looking fresh and ready. 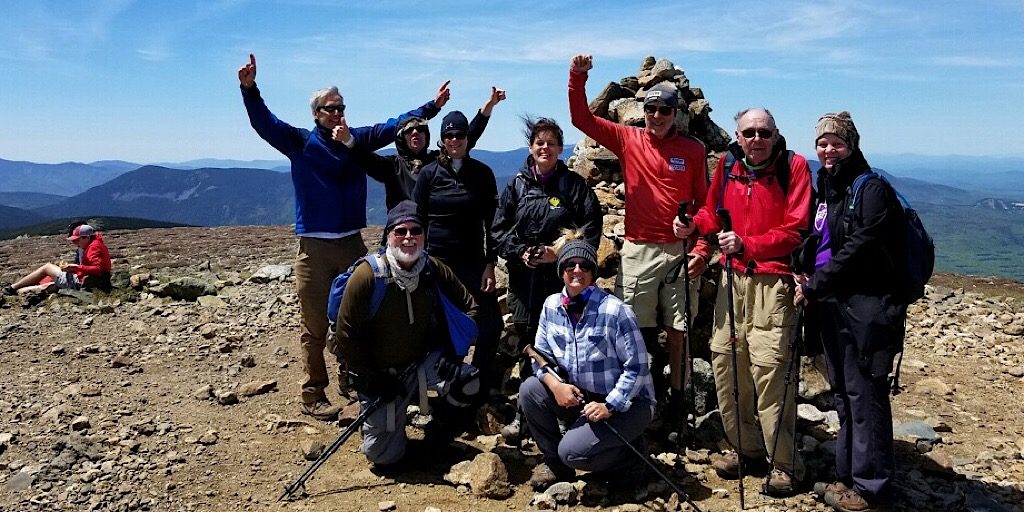 Jeffrey’s team on the summit of Ike. 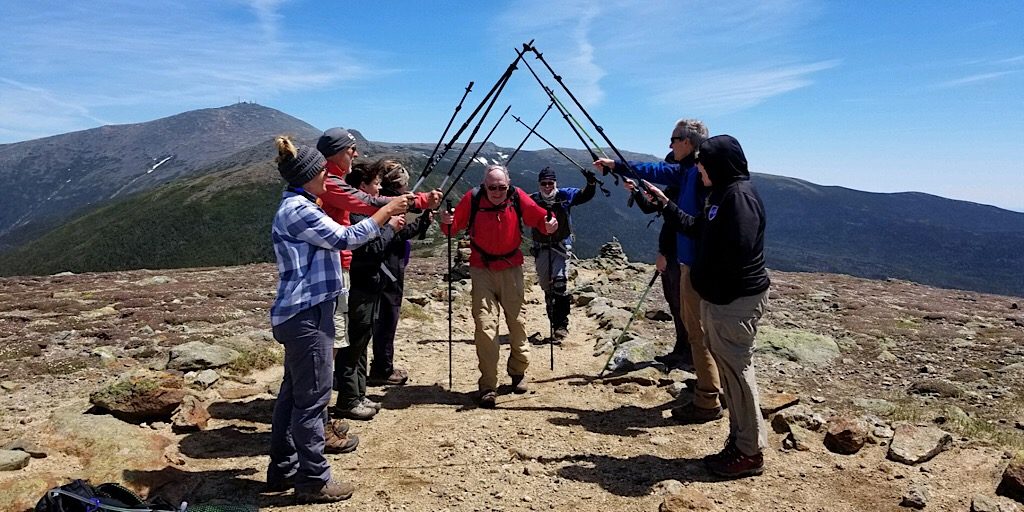 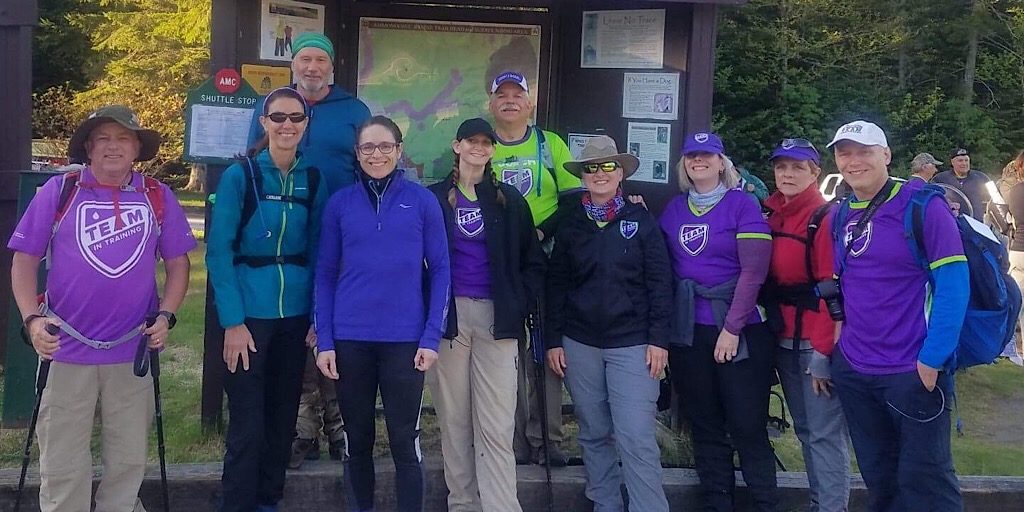 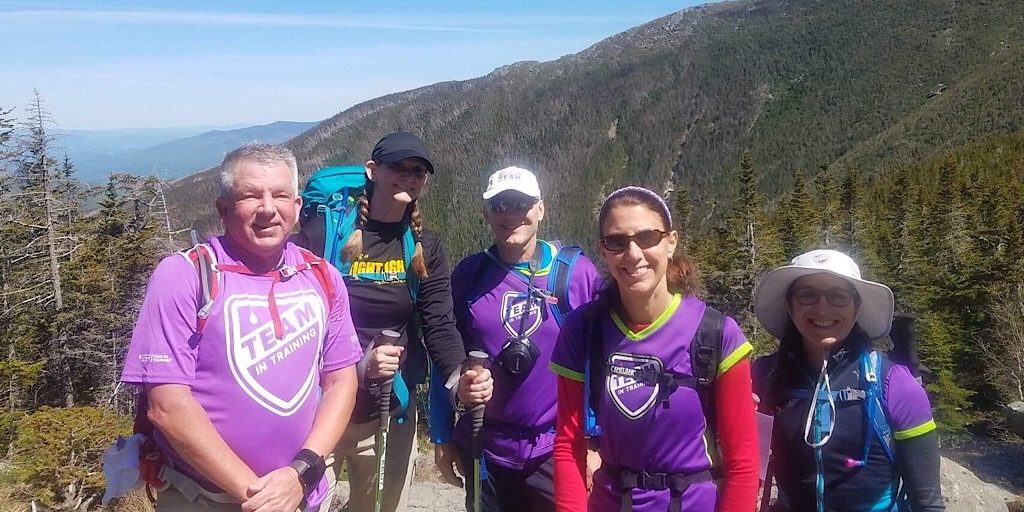 Part of Ken’s team. Unfortunately while they did make the summit, we were unable to secure that photo.

Well done, all! If you, dear reader, wish to contribute to the LLS, please visit their donations page.