No mistake was made in the ordering of this post’s title. They came, they conquered, then they saw. It’s not the prescribed order we’re all used to, but we’re talking about an April ascent of Mt Washington. Home to the world’s worst weather. Top dog of the region’s mountains, even at a squat 6288′ (1917m), but it does whatever the heck it wants.

This is the synopsis of a strictly private tour led by Redline Guide Ryan Mcguire for a fellow from Boston. He stayed at the Eagle Mountain House in Jackson at our recommendation (which he absolutely loved) and it was there we met him Saturday morning. The day was slated for training. Specifically winter skills and mountaineering skills training. Appropriate not just for the following day’s planned ascent of the White Mountain, but for later in the season, too, when our guest will be making at attempt of Mt Kilimanjaro. At 19,340 feet (5895m) it is the African continent’s highest peak. Good luck!

After the training with Ryan and Mike on Saturday, Ryan picked up our guest the following morning and together they drove to Pinkham Notch. They hiked at steady but conservative pace. They climbed the filled-in Lion Head Trail’s winter route eventually making treeline then continuing on. The temperatures were mild and those notorious winds blew elsewhere, but visibility was all over the place. They summited in dense fog, but moments would pass when the clouds would suddenly part offering snatches of the bigger picture. No complaints. They hiked, relishing it nonetheless, patiently awaiting the next view whether it be a nearby cairn or the Wildcat Ridge on the Notch’s opposite side. 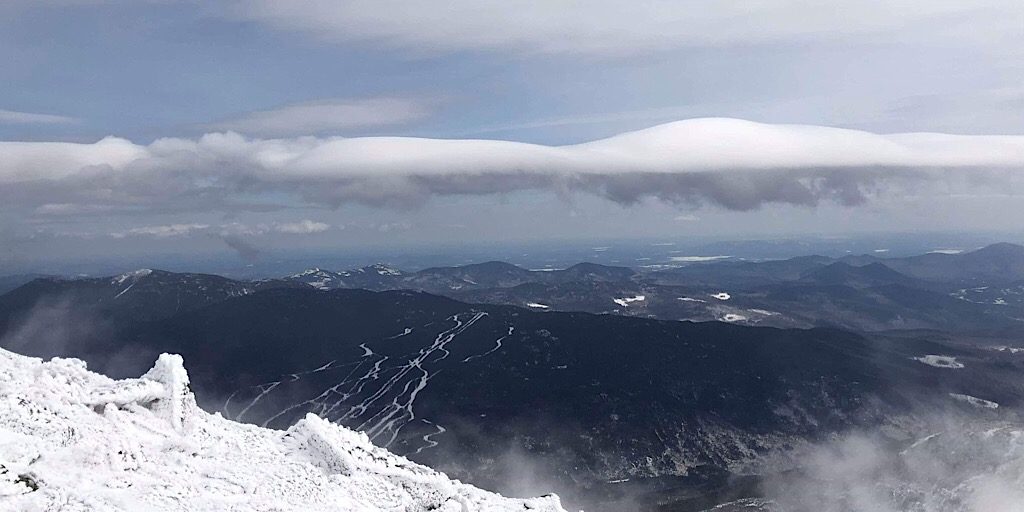 Lenticular clouds bespeak of higher elevation winds but all in all the day was quite calm. 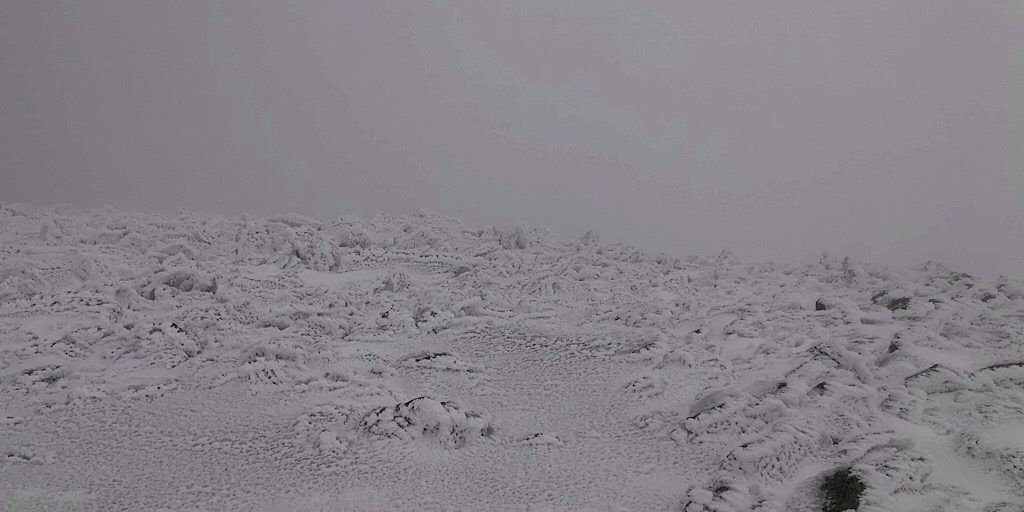 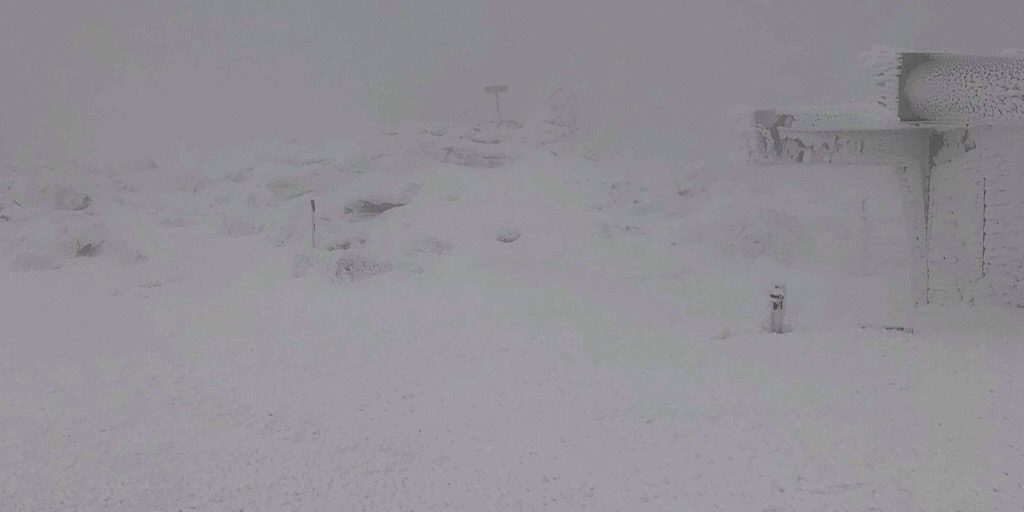 Those familiar with this scene will easily identify the features in the photo, but to others… woah! 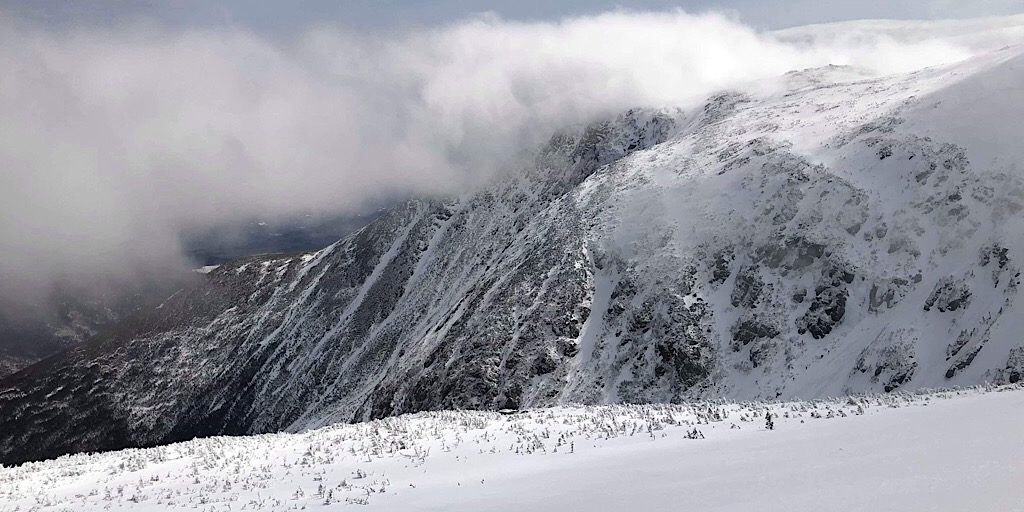 On their descent, the clouds started to dissipate. 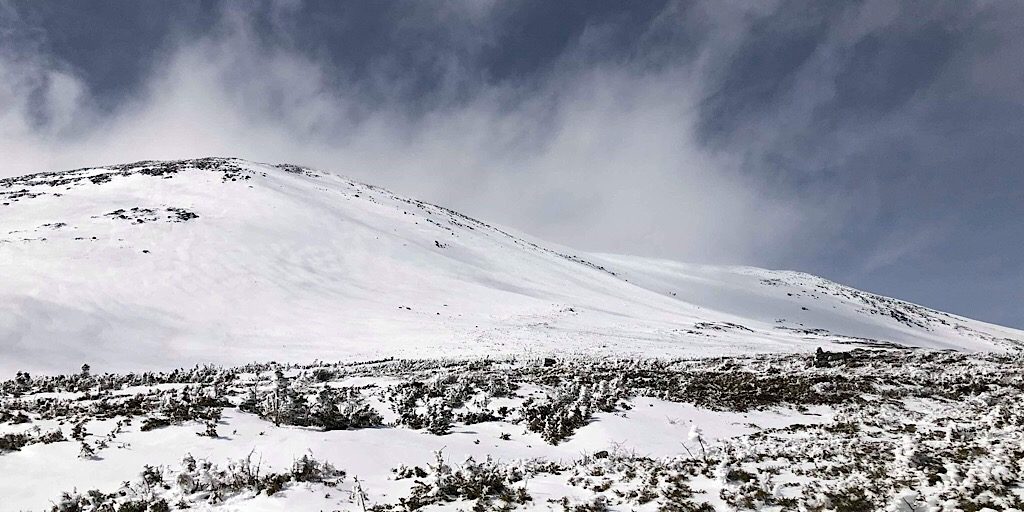 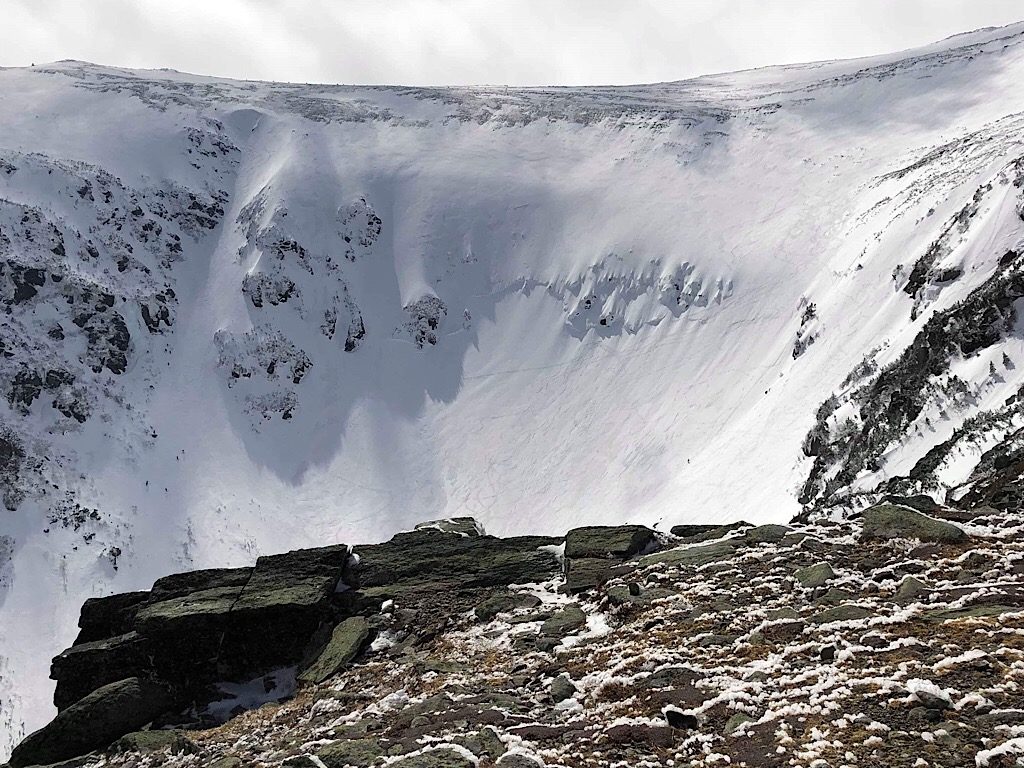 Tuckerman Ravine. You can’t tell by the photo, but there was an extreme chance of skiers in the bowl. 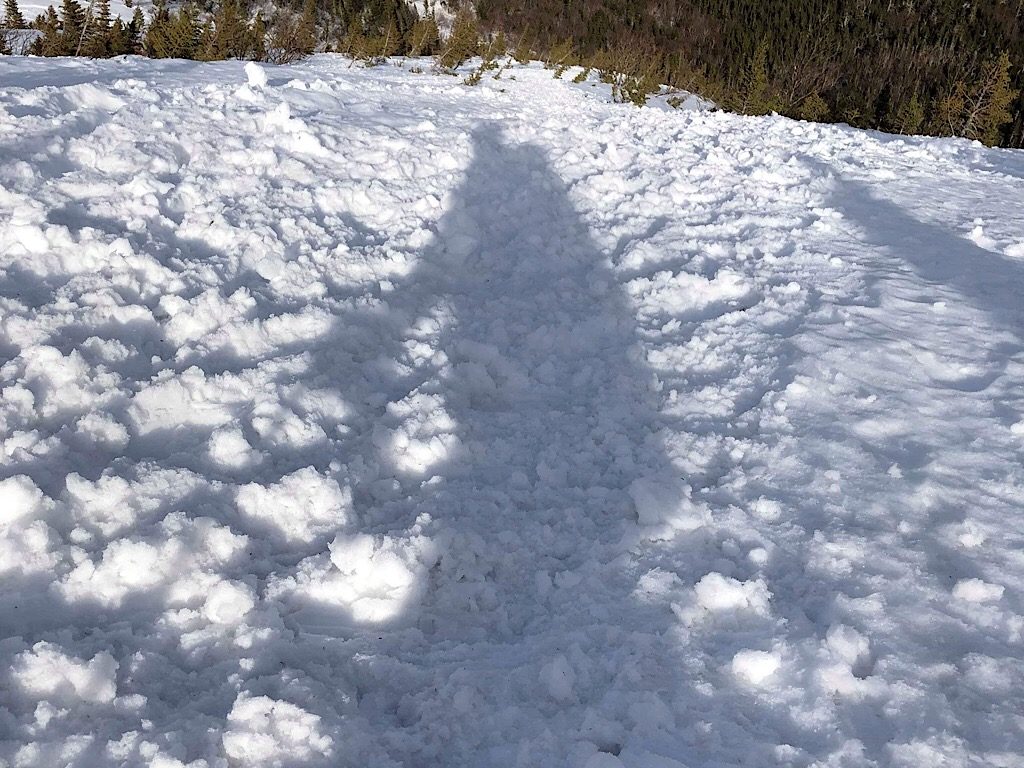 Congratulations to the team for their success and to Ryan for a job well done!