“The first ten feet,” he said, “the view is beautiful, but after that who the [expletive] knows.” These were the words were humorously spoken by a many-time returning guest during his recent training trip up to the summit of the 5384′ Mt Monroe — fourth highest of the 4000-footers of NH. Words like that might speak of beauty but hint at disappointment, but there was no disappointment on this trip according to Redline Guide Ken Hodges, who led. They had limited views and had to often focus on what was near them only, but therein is mystery, and that’s cool. Also in agreement was our guest who later confided that the hike was, as he stated simply yet so concisely, “awesome!” We agree, Monroe is gnarly, and that’s what we love to hear. Now check out what we love to see (or rather not see in some photos). 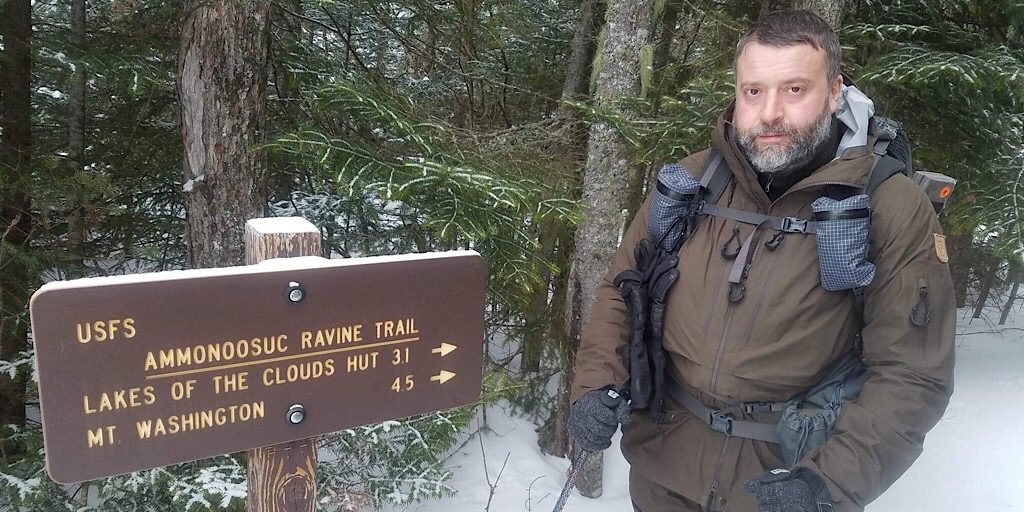 Fifth mountain this winter, coming up. 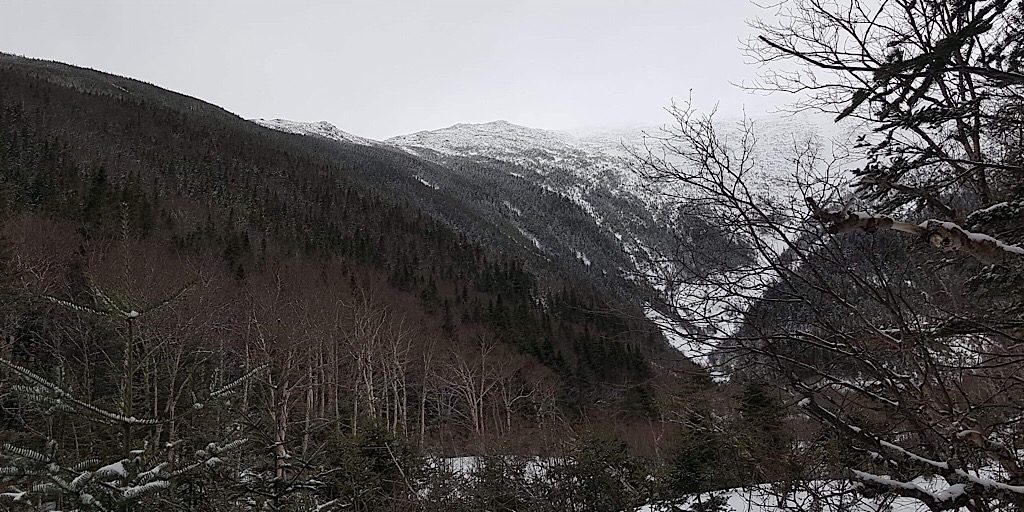 Ammonoosuc Ravine ahead. A cloud bank is obscuring views at treeline and above. 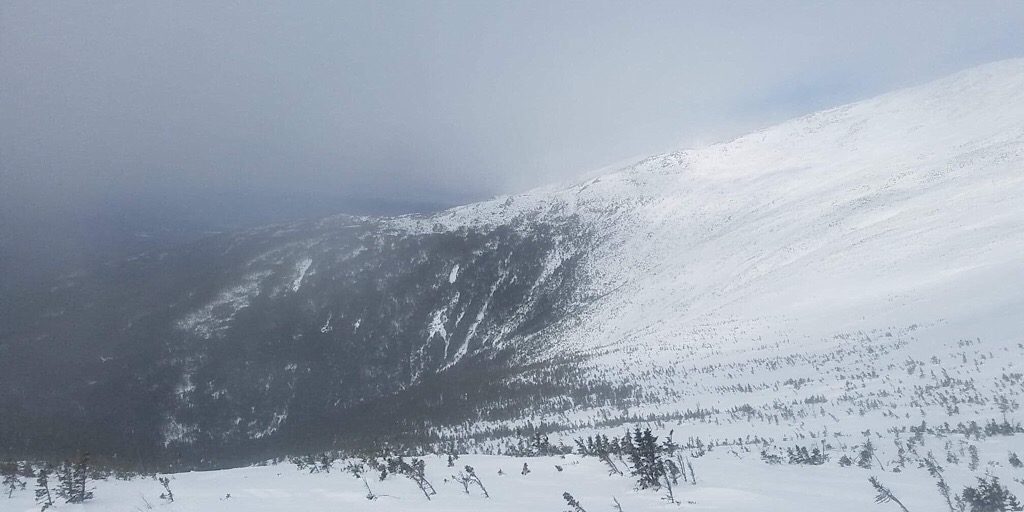 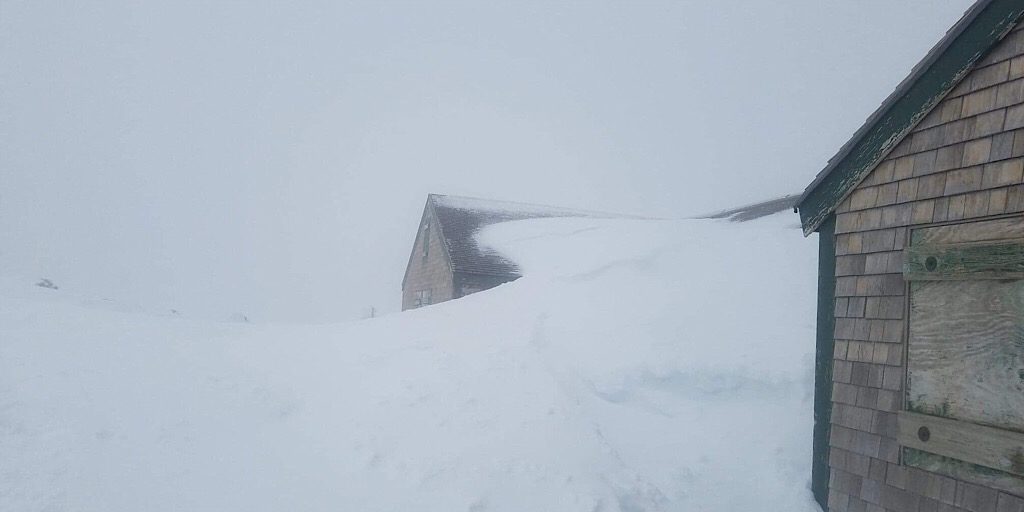 Lakes of the Clouds Hut nearly lost in the snow. Could this building disappear completely? 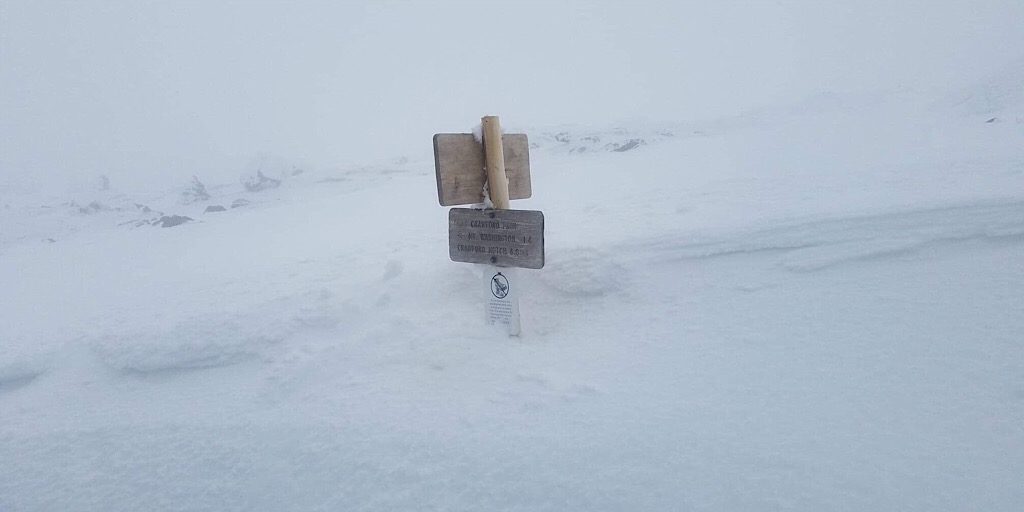 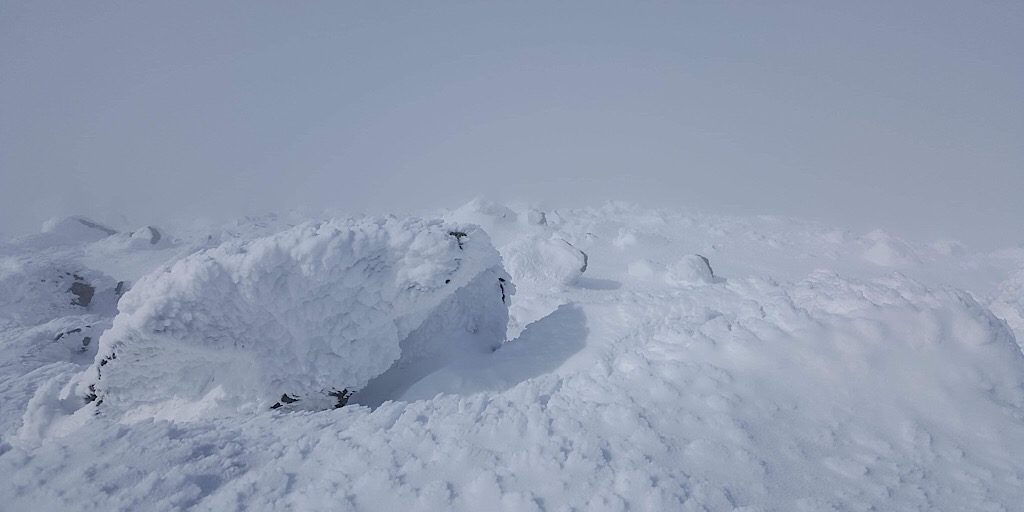 Is that a shadow? Sun at the summit? 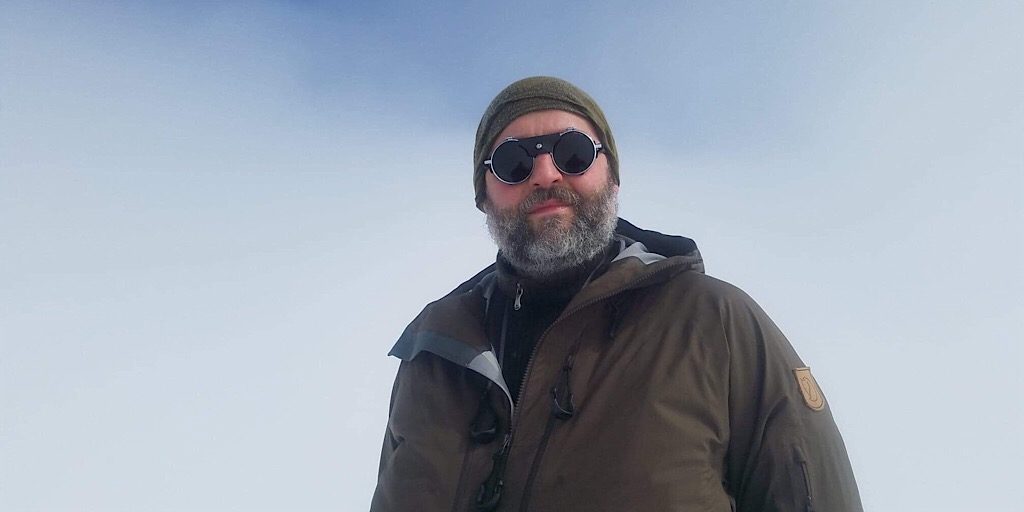 Slayed it and…. whoa, cool shades!