Another group from Massachusetts reached out looking to do some mountain snowshoeing with us — lucky beneficiaries of the great timing of getting some recent cover like our last party did. On lead for this trip up the 2557′ Mt Pemigewasset located at the southern end of Franconia Notch was Redline Guide Ryan Mcguire.

Ryan led the group of four up the mostly empty Mt Pemigewasset Trail, sticking to a simple half-day out-and-back. That mountain was chosen because our guests were staying near Loon Mountain, they had a half day to spend with us, and they wanted some great views. We knew what to do! So we delivered the goods. The temperatures were on the warm side in the thirties, Ryan reported, and the sun peeked out a couple of times. The winds, he said, were light with exception to a brief snow squall at the summit making things interesting in a smile-inducing way.

Not a bad morning for a hike. Here are a handful of photos from Ryan. 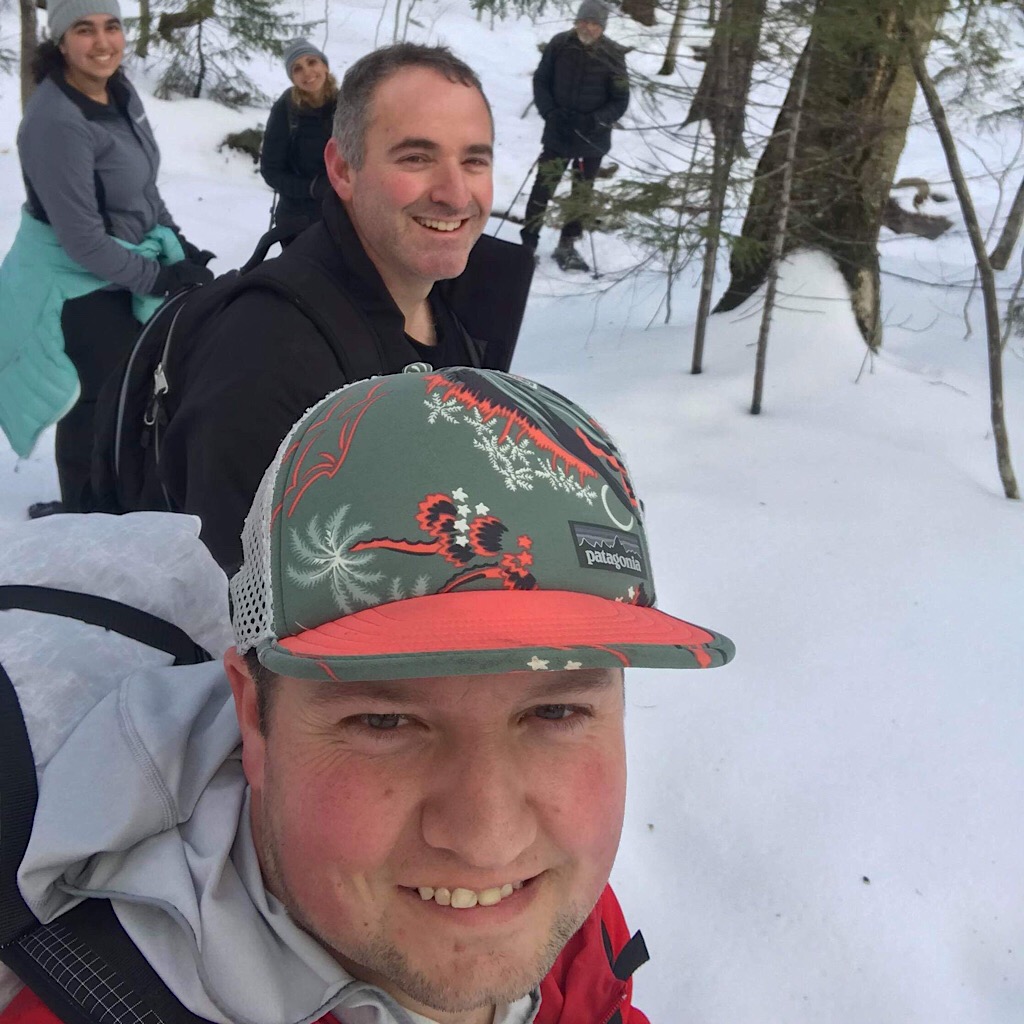 Ryan leading his group up the mountain. 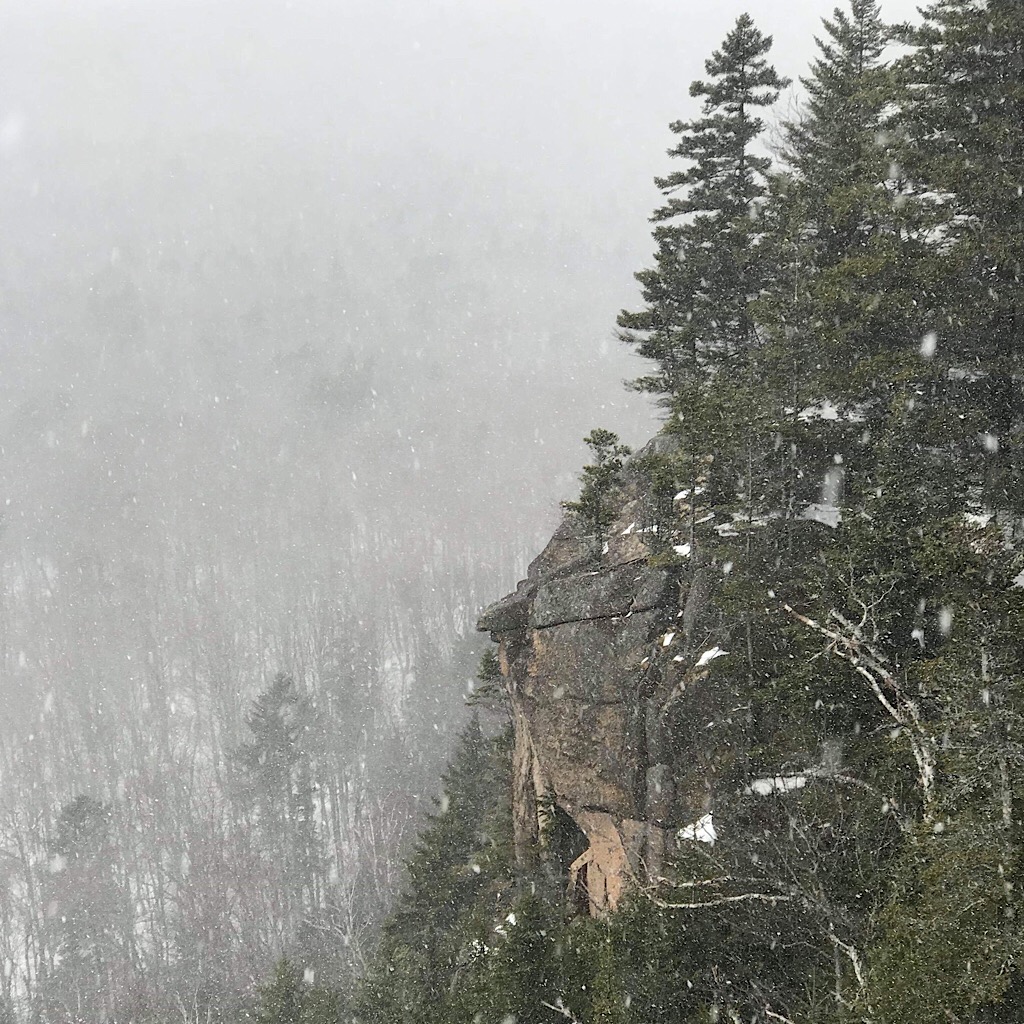 Some of that predictably unpredictable mountain weather. Cool scene! 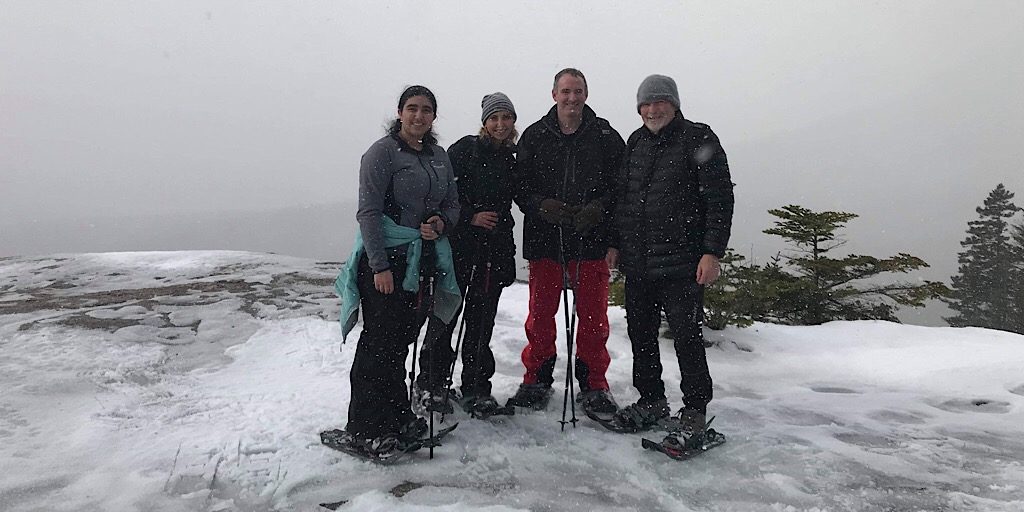 Ryan’s team on the Mt Pemigewasset summit during a snow squall. 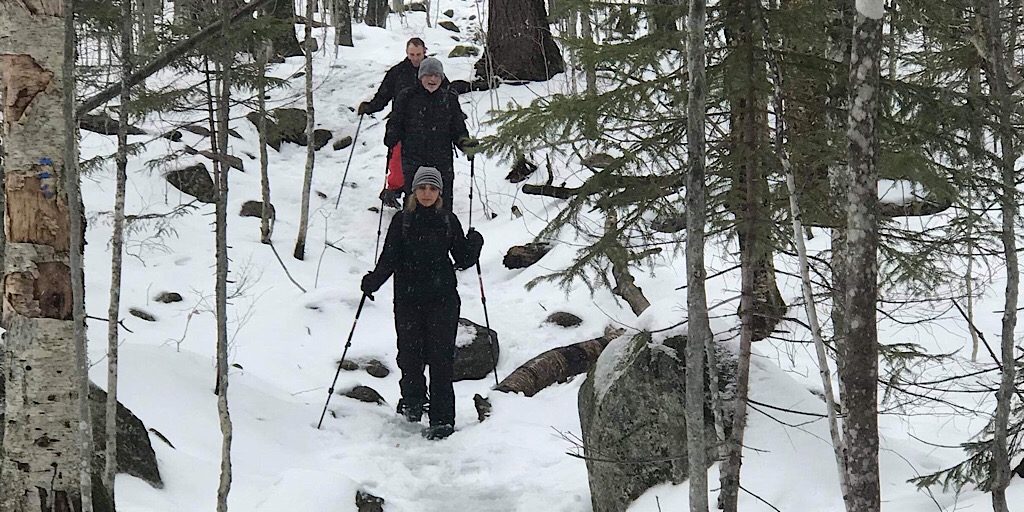 They make their way down the mountain on slushy snow after a successful summit. Snowshoes were a great choice for this!