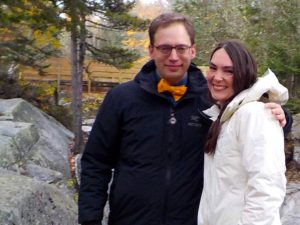 Originally the wedding of bride and groom, Devon and Jeff, was to take place atop the 6288-foot Mt Washington — home to the world’s worst weather — but that aforementioned weather had other ideas. The plan, you see, was to ride up on the train, have the ceremony on the summit, then ride back down. And that plan was solid up until the morning of when the train people changed their minds citing slick conditions complete with summit snow and rime ice. Their fear, apparently, was that someone would slip and fall up there.

The trains did run, though, and we were brought up to a beautiful, flattish alpine location known as Skyline. There the photographer, Jay Philbrick, was allowed to disembark so as to get photos of the bride and groom standing on the gangway (the car’s end platform). It was quite pretty. The rime ice and snow along with the fog and falling snow created a white world winter alpine hikers are quite familiar with and it’s delightful — and dangerous. Yes, the conditions were indeed slick so everyone else remained safely aboard.

After the photo session ended and their family and friends made their way forward for photos of the tundra, we flipped the backs of our seats so as to face the other way and slowly descended the mountain. The actual wedding ceremony was still something on our to-do list for the day, but since the train wouldn’t take us to the summit, we took the wedding elsewhere. Specifically the bride and groom decided on a favorite haunt nearby: the Upper Falls of the Ammonoosuc River.

It was there the bride and groom, Jeff and Devon, finally tied the knot. What follows are some scenes from the day. 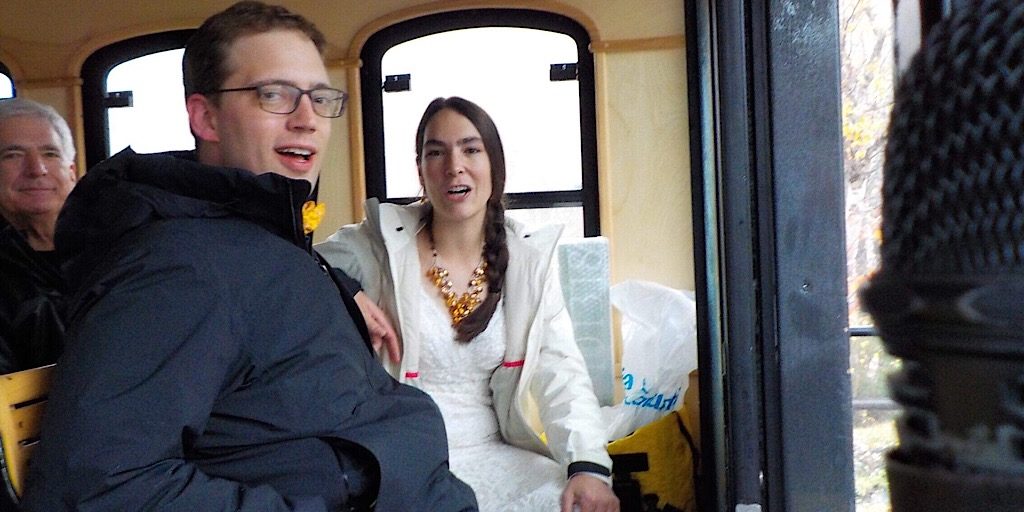 All aboard, the bride and groom, dressed for the occasion as well as the day. 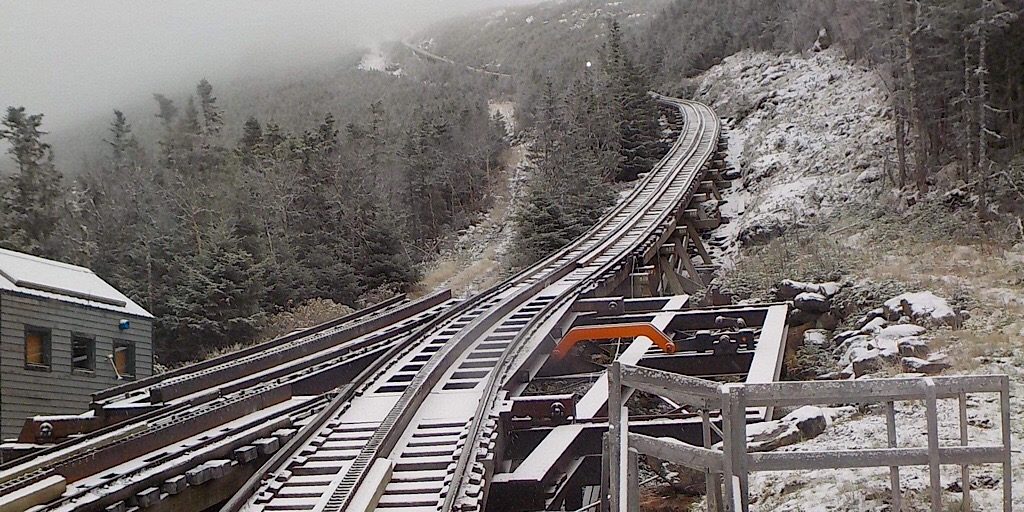 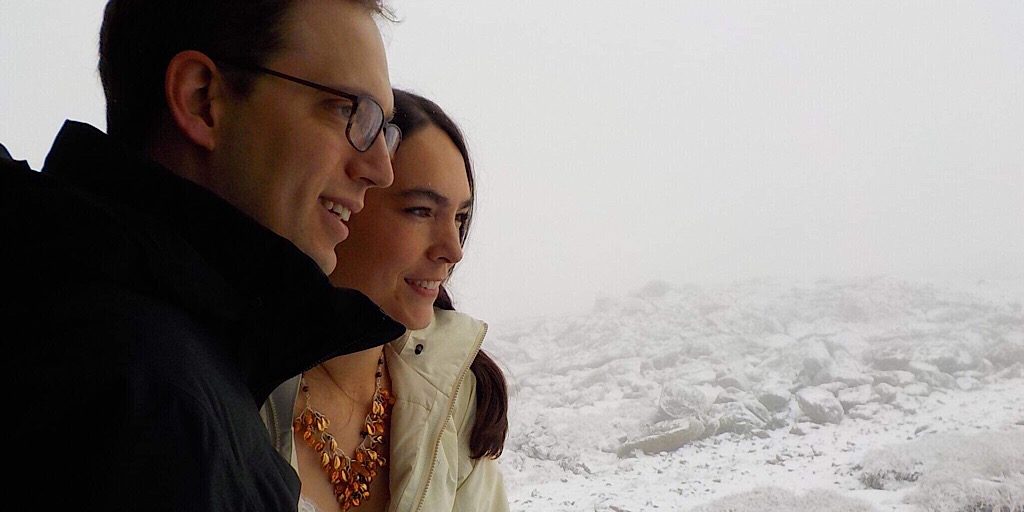 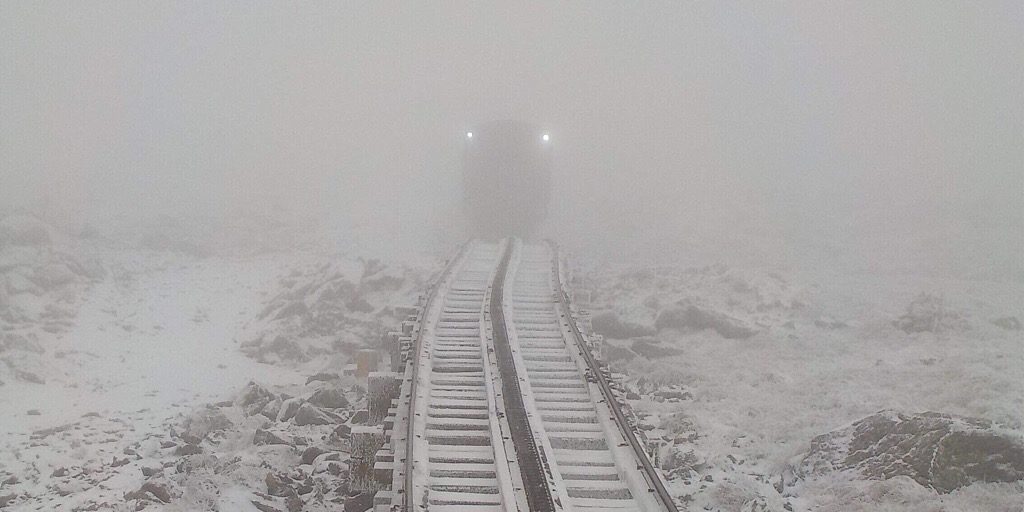 Another train lingers with us in the mist. 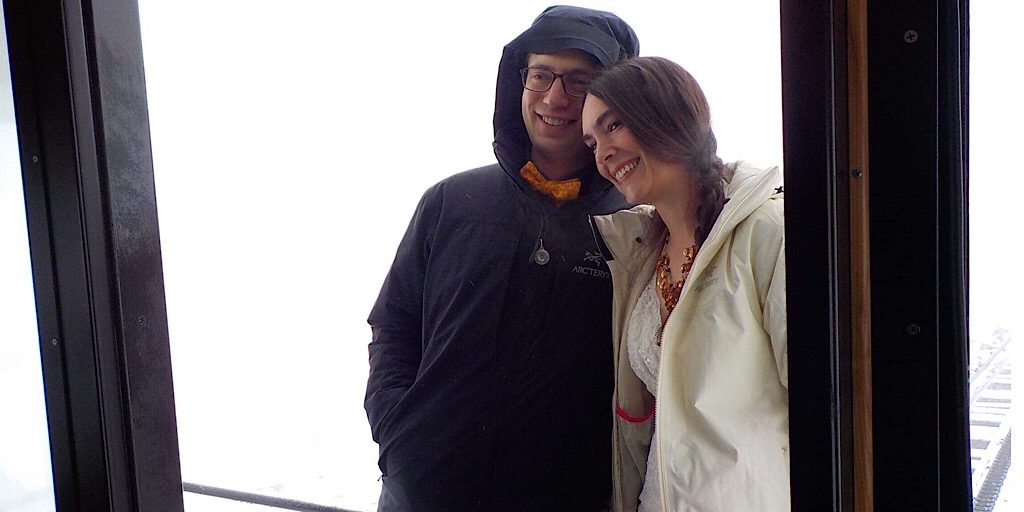 Coats weren’t optional in most scenes. 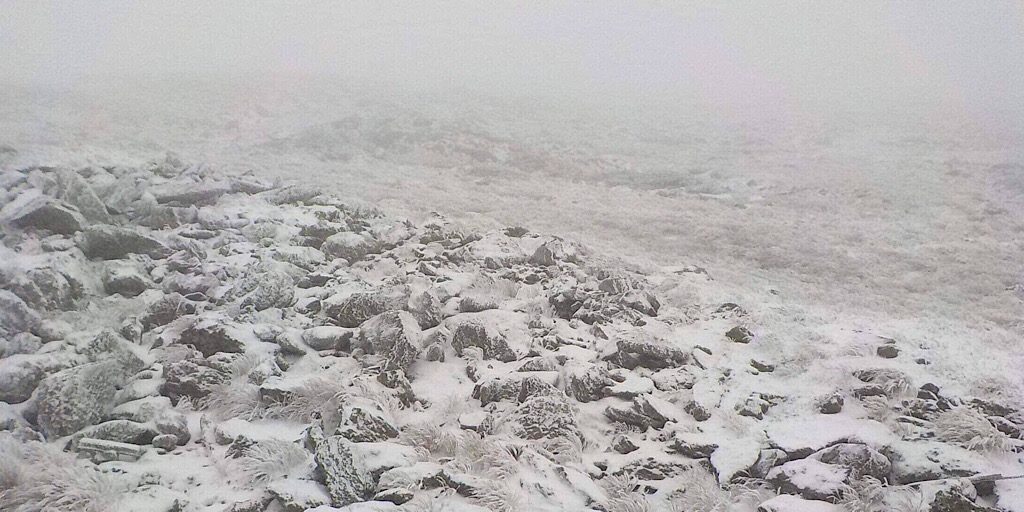 Today this place is one of beauty and joy. 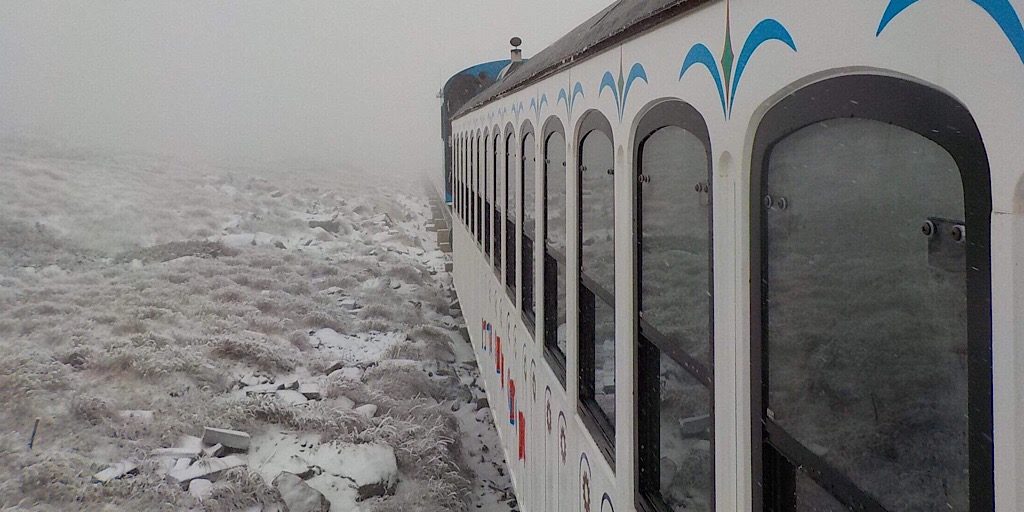 Slowly we roll back, controlled by the engine. 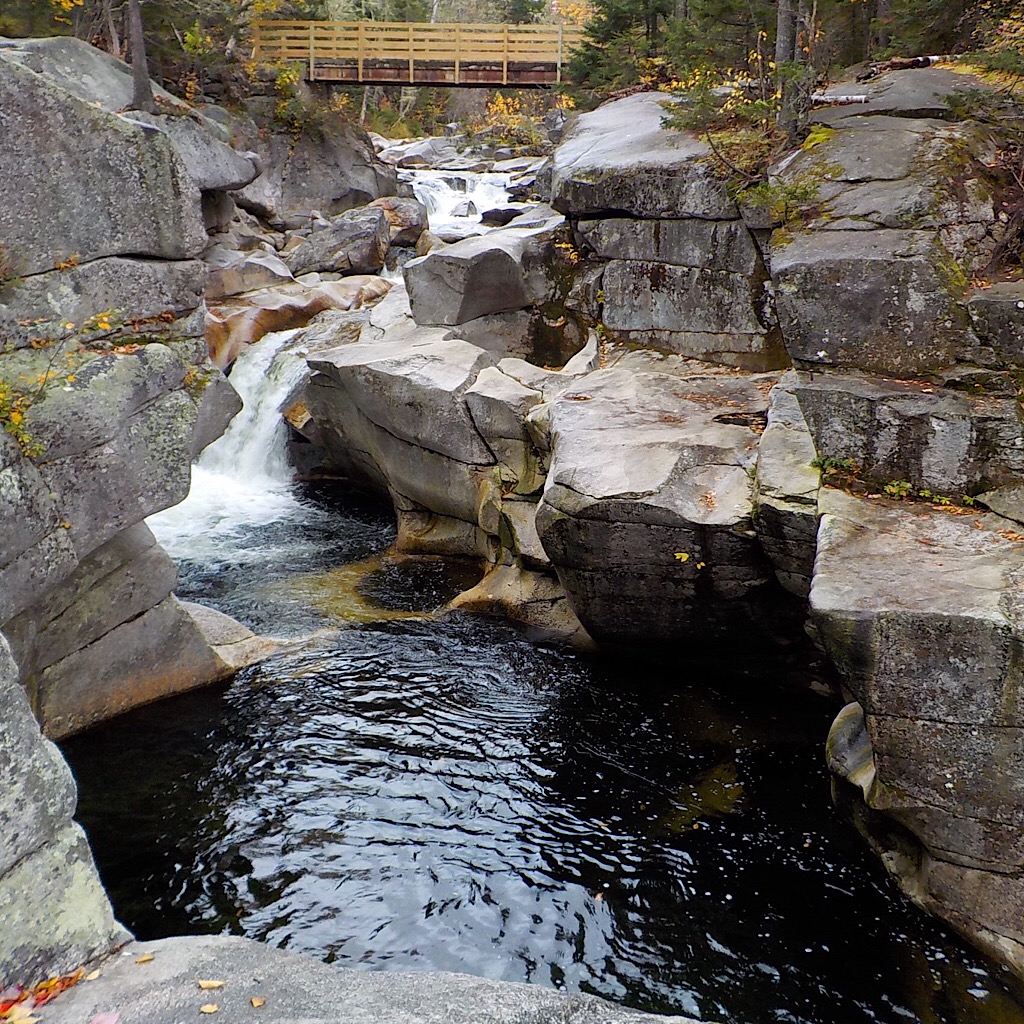 The Upper Falls of the Ammonoosuc River. 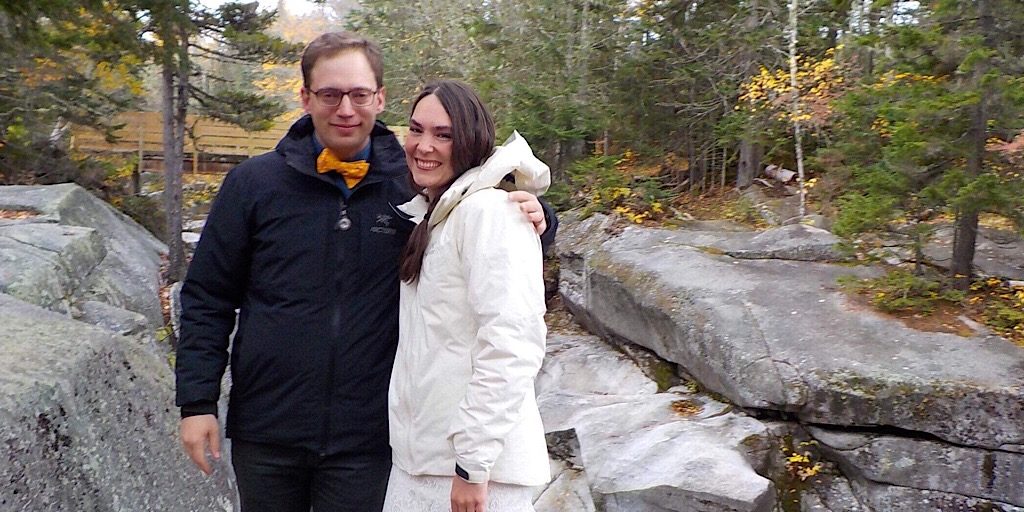 Congratulations Jeff and Devon! Thank you for sharing your special day! We wish for you health, wealth, and happiness. May your years together be many.