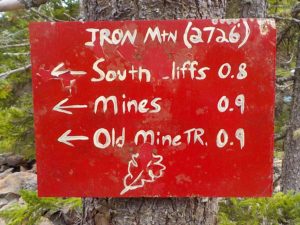 Everything about Iron Mtn is rustic.

The 2726′ Iron Mountain in Jackson, NH, is unlike many of the other “smaller” mountains so close to the floor of the Mt Washington Valley. It’s rugged, severely eroded in places exposing many rocks and roots, it has some steep bits, and it’s seemingly wild; it feels very remote. It’s a rustic, quiet mountain, and that quiet heightens the experience. It’s a great mountain — one of those 52 With-A-View peaks that are known to offer so much for so little.

That Iron Mountain is awesome is a given. The question for Redline Guide and owner Mike Cherim was whether or not Iron Mountain would be the right mountain for the group he would be leading on a half-day hike. The group, from Maryland and Pennsylvania, was diverse and mixed in their ability and fitness ranging from “very fit” to “not very fit” and everything in between. But they came together as a group — known as “Hike For Beer” — and that regardless of their capabilities or lack thereof they would start, stay, and end together. It’s important for safety reasons that this rule not be broken. Mike didn’t want it to be too much or for anyone to have to bail, but then again he certainly didn’t want the day to come up short by any means. After a meeting with the group, however, and having a lengthy discussion out in front of J-Town Deli, it was decided they would try their hand at Iron Mountain. 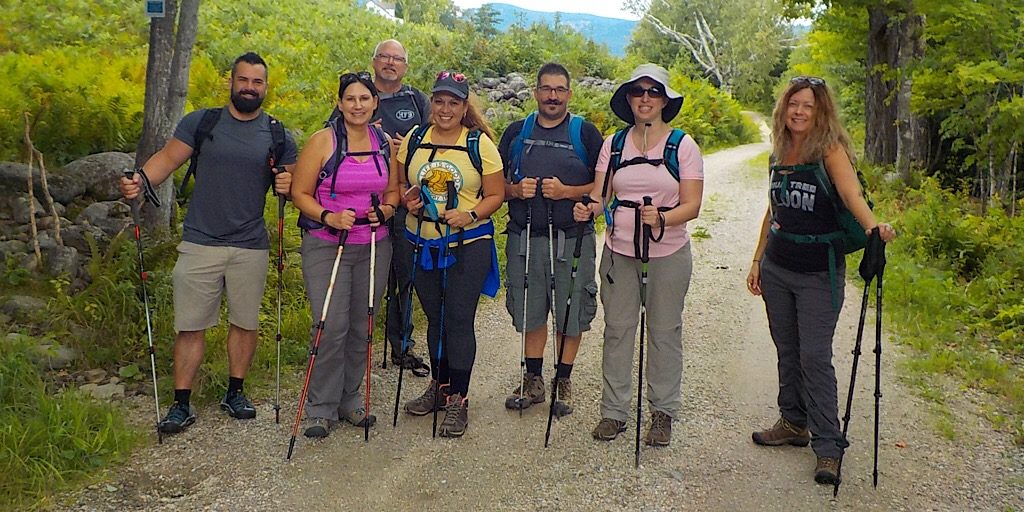 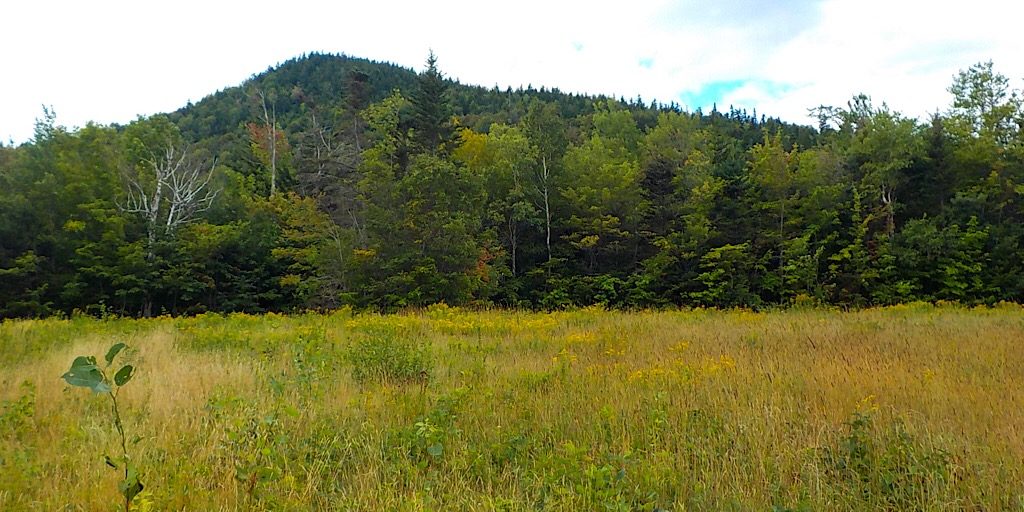 Before them looms Iron Mountain. At least what’s visible. 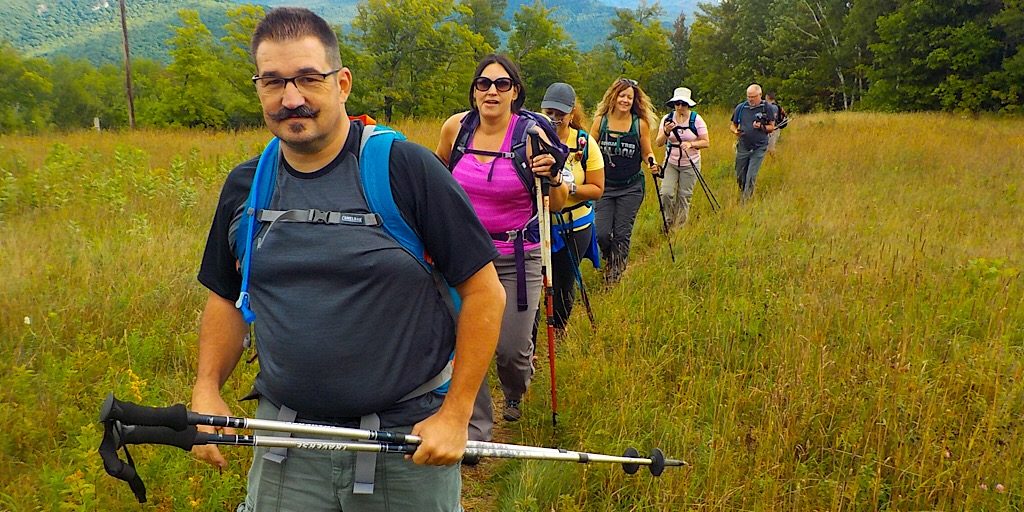 As it turned out, everyone did fine. One person needed a little encouragement and guide voo-doo at the beginning (that first stage in the Metamorphosis of a Hike can be tough) but once they got their motor running they were fine. By the end of the day they were just another hiker in a group of hikers. Everyone stopped a few times on the way up to enjoy the day. The sun was hiding behind the clouds during their primary ascent in morning helping them stay cool, and the breezes were significant enough to bring out the sublime. There were no doubt moments where one or more of the members would think, wow, this is tough, but by and large we think the more common adjective in one’s thoughts was awesome. 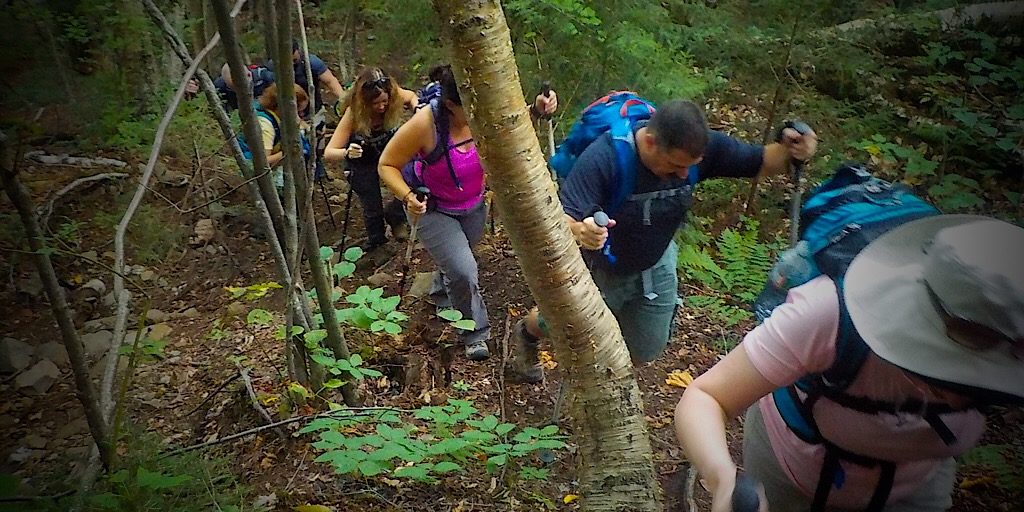 They begin to climb. 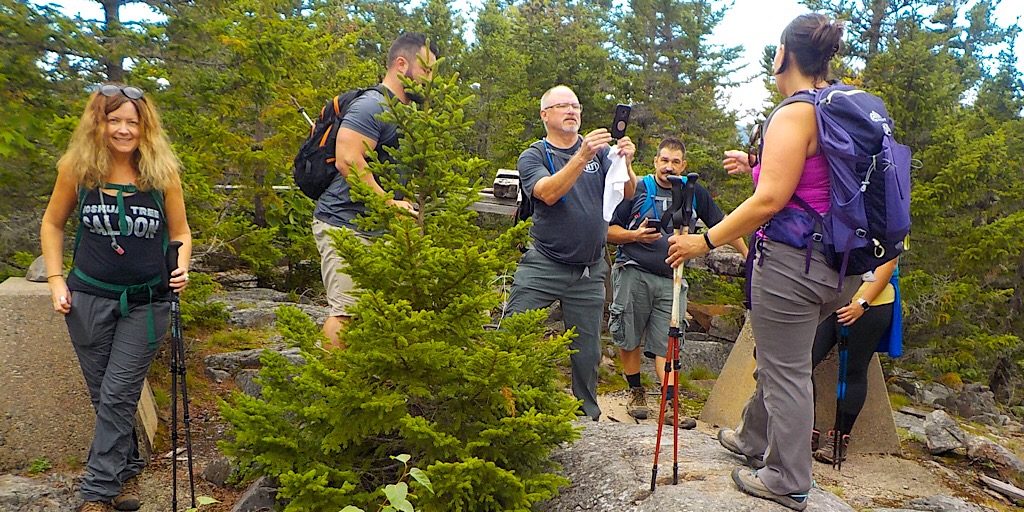 Soon after, when the requisite work is done, the summit is theirs. 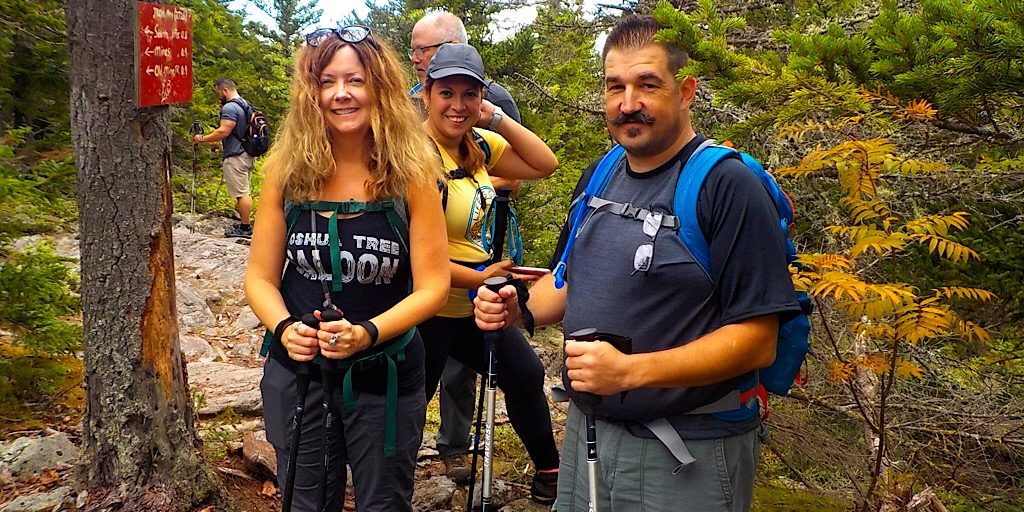 Ready to hike toward the cliffs. As soon as Brandon closes a real estate deal, haha (guy on his phone in the background).

They climbed, then summited, then dropped down the other side of the mountain, willingly giving up elevation they knew they’d have to make up again if they wanted to get back. And they did; they always do. Once they dropped down the bulk of the elevation loss which happens quickly, they traversed a restful flatter section through beautiful spruce, fir, with occasional birch trees. Mosses lined the forest floor except where the path led them over sun-exposed ledge or jumbled talus. When the group stopped the silence was absolute aside from the beating of their hearts, their breathing, and the wind. Left behind were the mechinations of mankind and the noises they make. Peace on earth… so close to town. 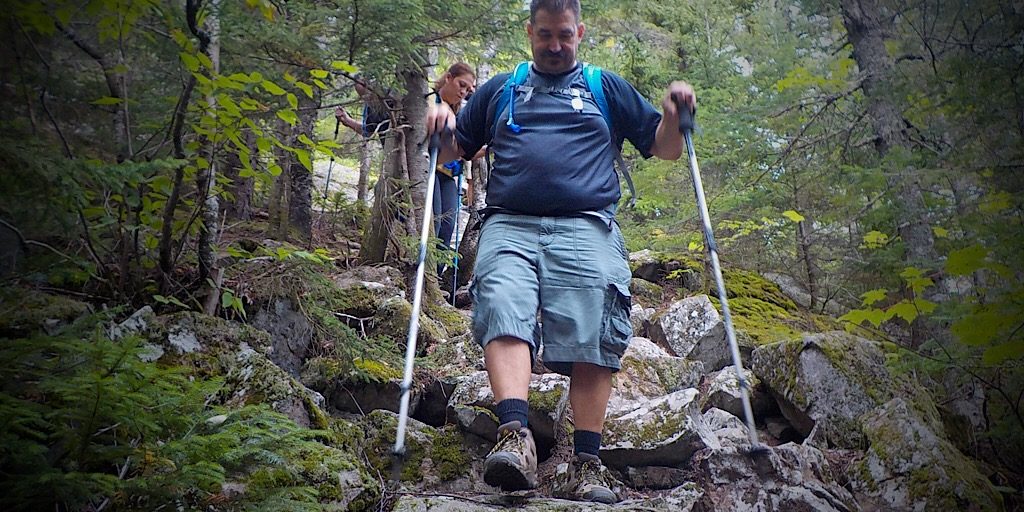 The talus on the back side descent is hard going. 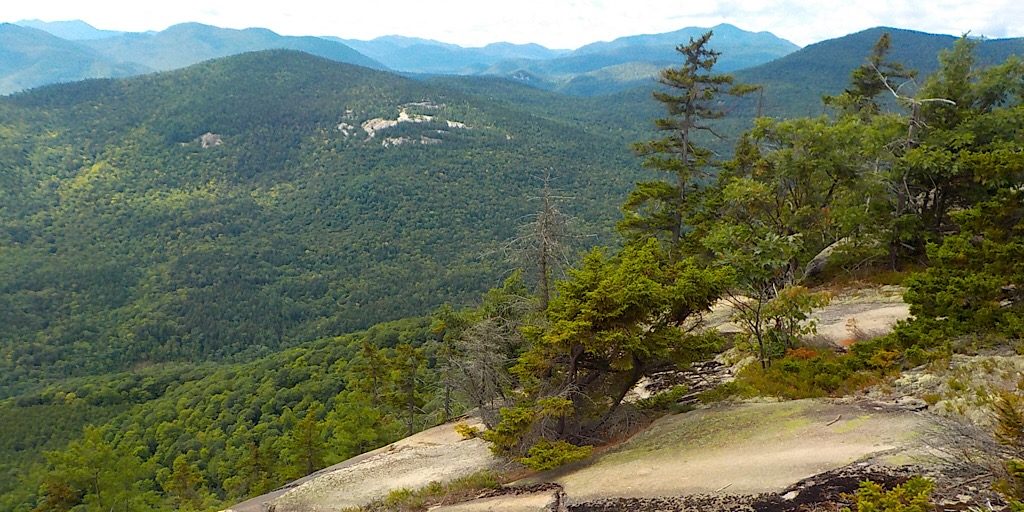 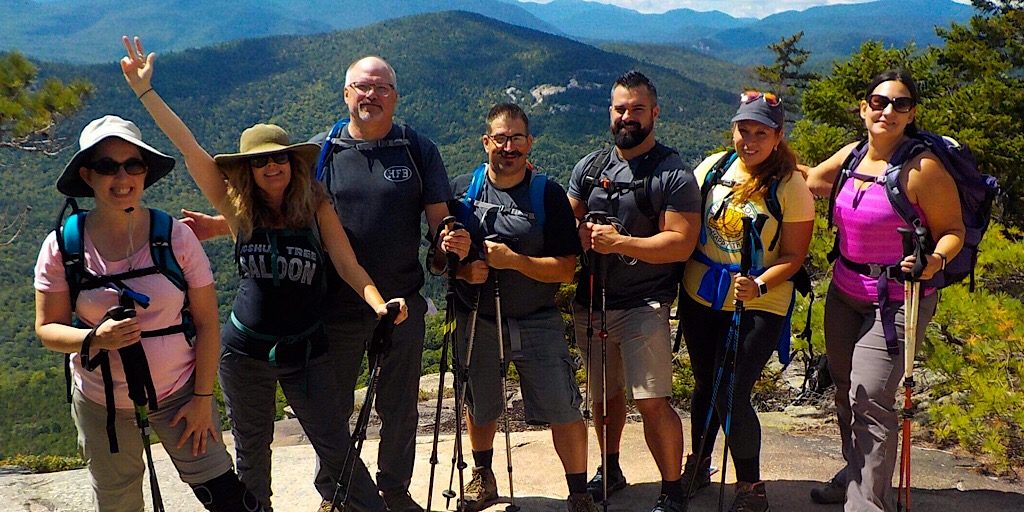 After the pleasant traverse they arrived at the ledges — the south cliffs — and stopped to eat the sandwiches they bought a few hours earlier. The breezes were still blowing, but the sun was more steadily making a showing. It was time to go back. Back the way they came, back up to the summit of Iron Mountain, then back down the front side (north) through the fields the trail bisects, back to their vehicles. And of course, in the spirit of their group, Hike For Beer, they didn’t end the day right there. They proceeded instead to the Sunrise Shack for some food and beers… a celebration of their morning hike. 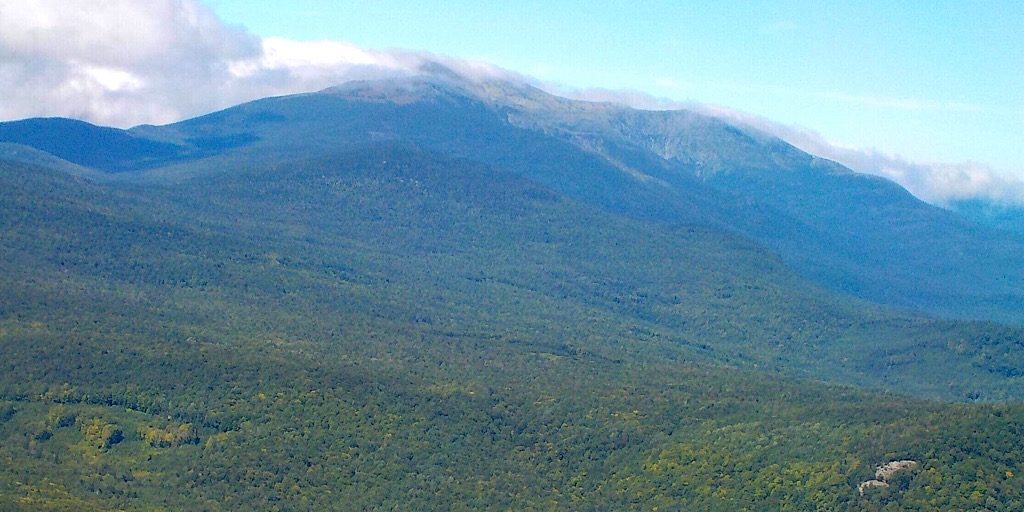 Mt Washington from the lower viewpoint. 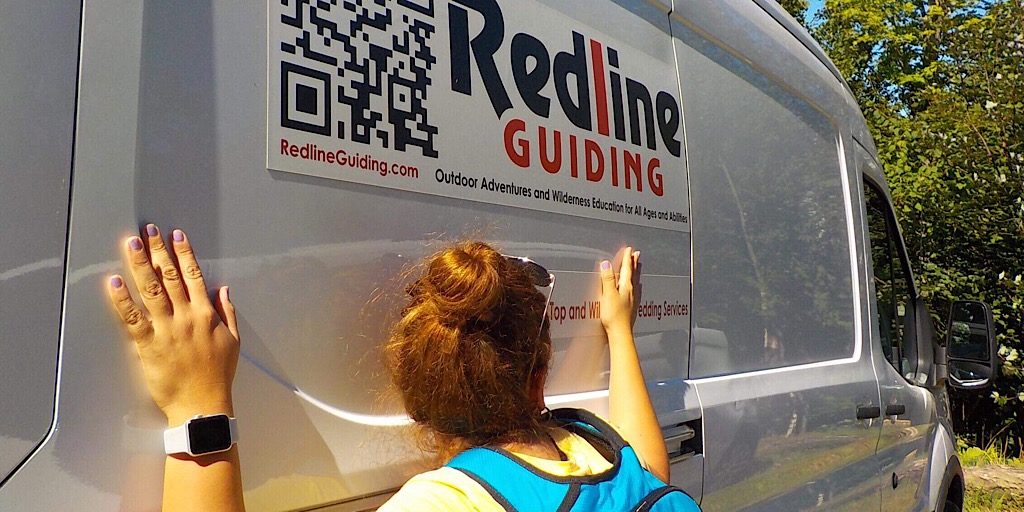 Aww… And we love you guys back!