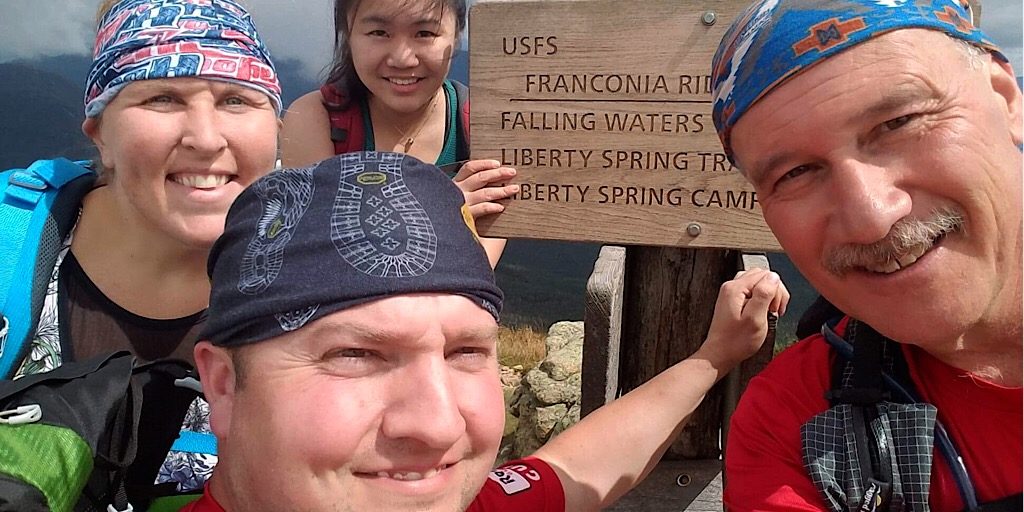 Team summit photo on Lafayette. Well done one and all!

It’s been said by more than one person that the Classic Franconia Ridge Loop — to hike up Falling Waters Trail to Haystack Mountain (4760′), traverse the ridge summiting Mts. Lincoln* (5089′), Truman (5020′), and Lafayette* (5260′), then descend via Old Bridle Path — is arguably the finest hike in New Hampshire. We won’t weigh in on that opinion other than to say that it is indeed an outstanding hike offering rich rewards. As such it is oft visited. Too oft some might say. In any case, it’s one of the places we were today, doing our guiding thing. While Redline Guide and owner Mike Cherim was leading a short, private tour on the Sugarloaves, Guides Ken Hodges and Ryan Macguire were leading a trip on the aforementioned ridge.

*NOTE: Mts Lincoln and Lafayette, mentioned above, qualify as 4000-footers in New Hampshire.

We’d normally be able to write quite a bit about a trip such as this, but in a way, this trip was sort of unremarkable. The day was pretty much perfect weatherwise, everything went according to plan, and all-in-all it was a great day for everyone. We had two guests, Christina from New York — who has had this particular hike on her bucket list for a while — and Wei from Rhode Island who just wanted to hike something cool and this hike fit the bill. The two ladies didn’t know each other, but as you’ll see in the photos, they hit it off. Everyone on the team, in fact, jelled well.

[It] went very well. Both guests had an excellent time. They both pushed hard and were rewarded with stunning views all day long. There was a great dynamic within the entire group right from the parking lot which carried on throughout the hike. […] —Ryan

Where words may fail us, perhaps a few photos might fill in. Photos by Ken and Ryan. 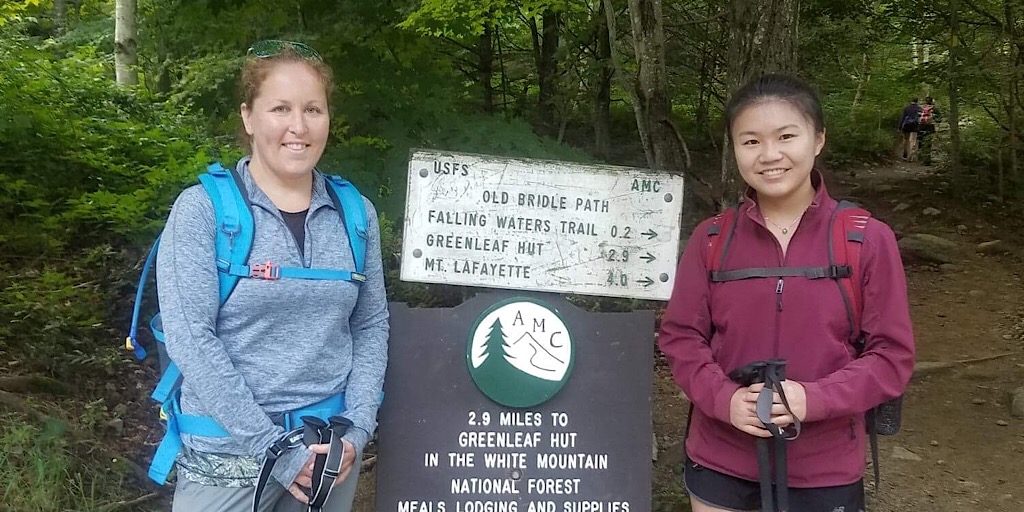 Strangers at the start, friends at the end. That’s how we roll. 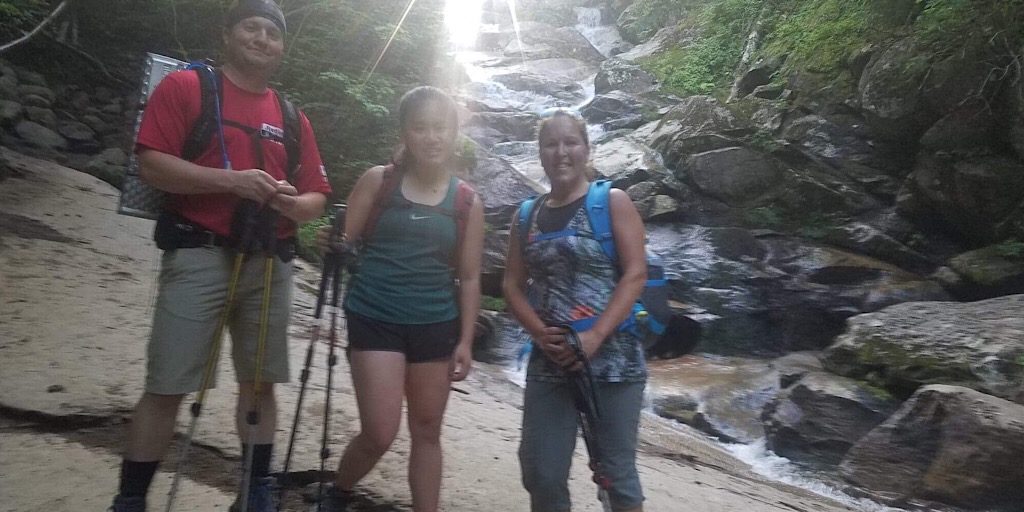 Morning on the Falling Waters Trail. Ryan here with Wei and Christina. 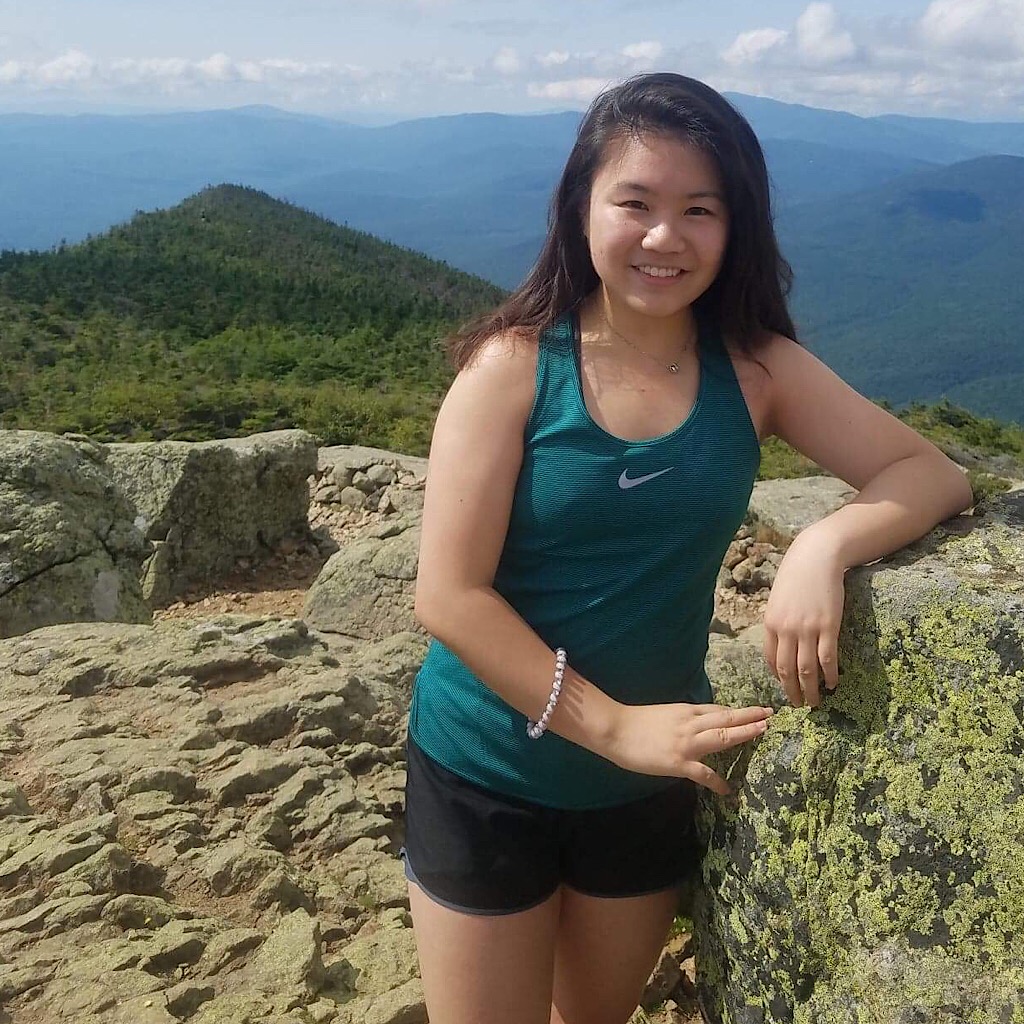 Wei on Haystack. The heavy lifting is, by and large, now behind them. 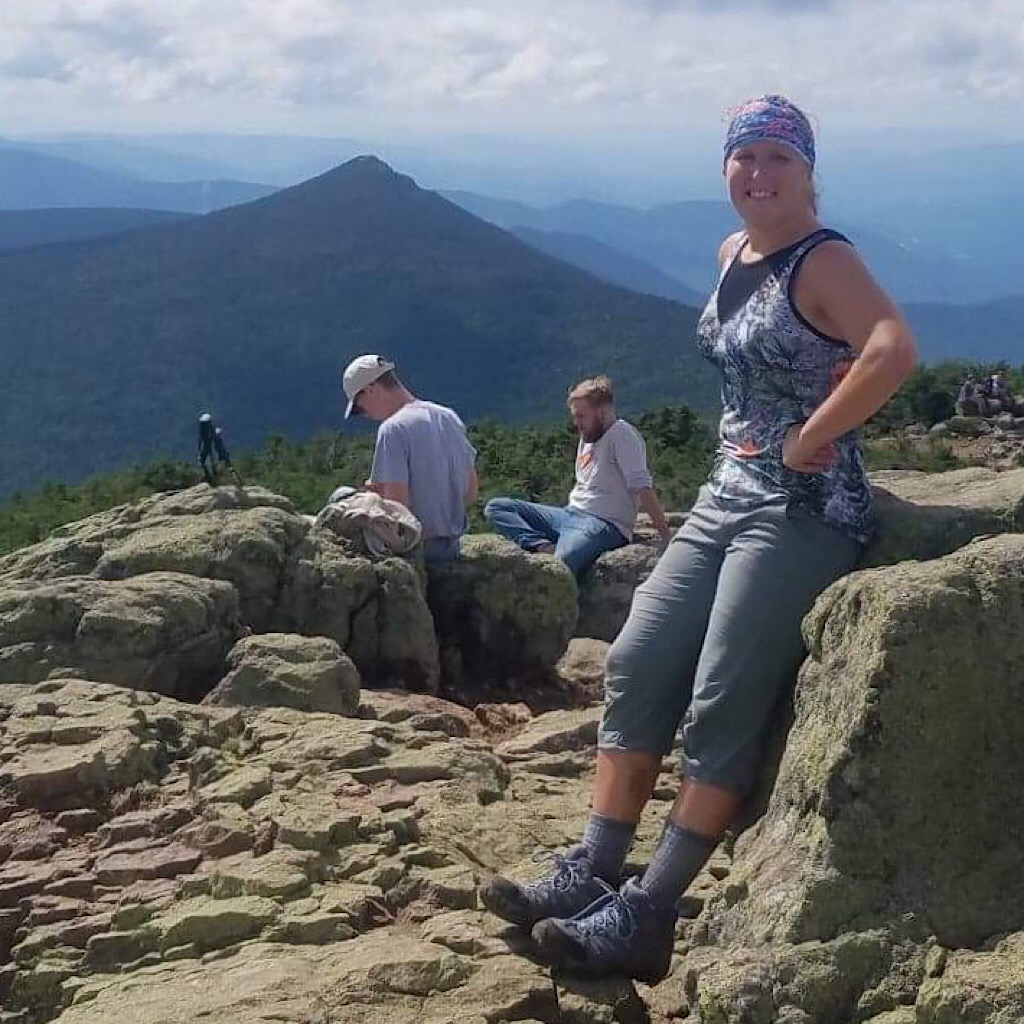 Christina also shown on Haystack. The best parts of the day lay before them. 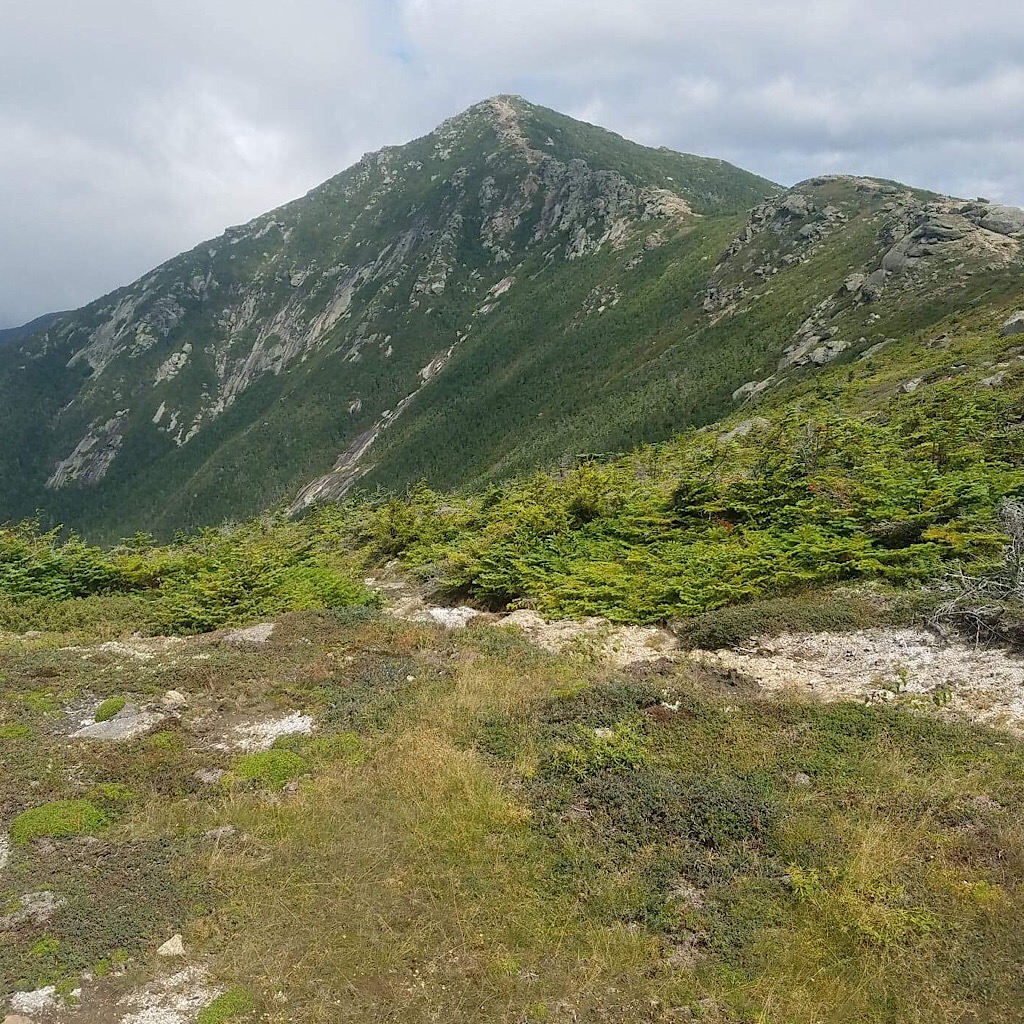 Ahead of them lies adventure. What an amazing alpine place. 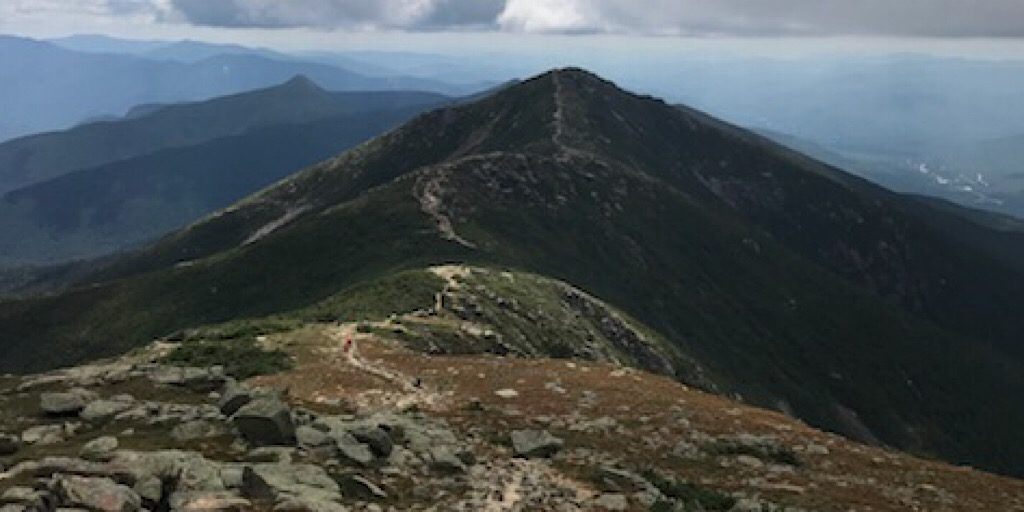 They cover ground quickly. The entire hike runs a little over eight hours. 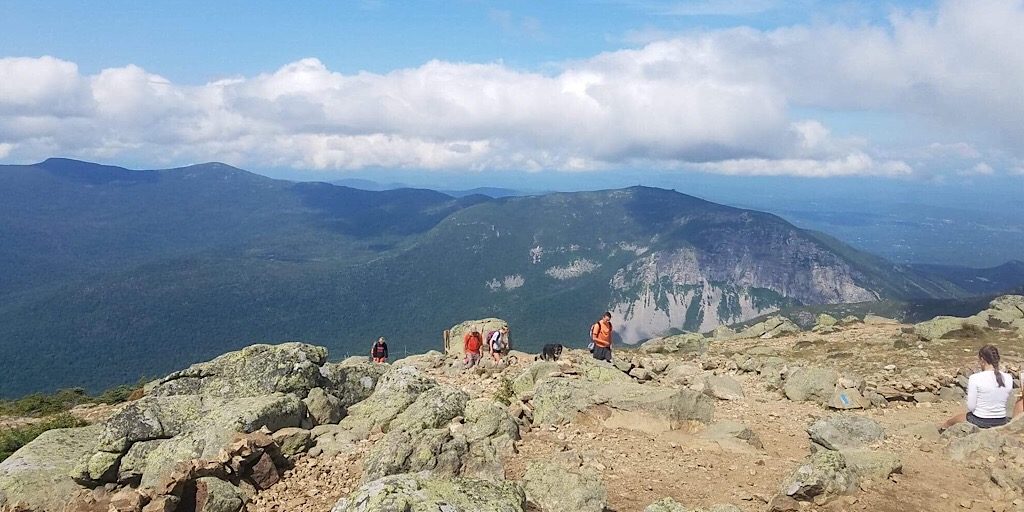 Nearing the Lafayette summit. The Kinsman and Cannon Mtns, also 4000-footers, are in the background. 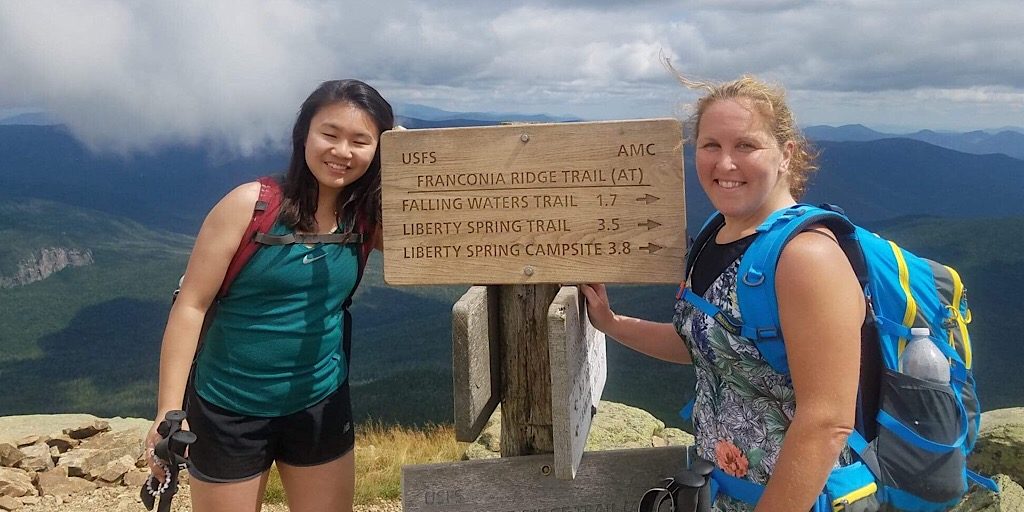 Wei looks tired but happy in this summit photo. 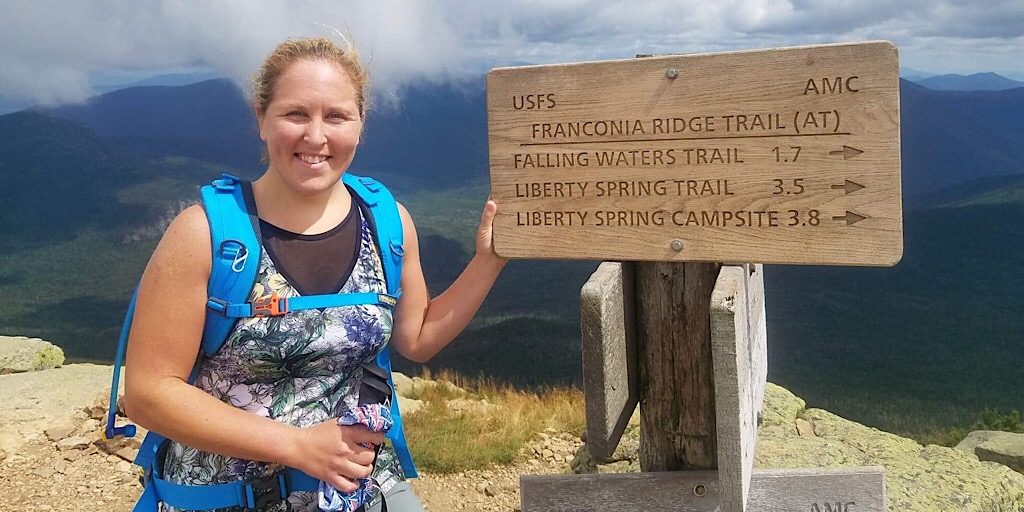 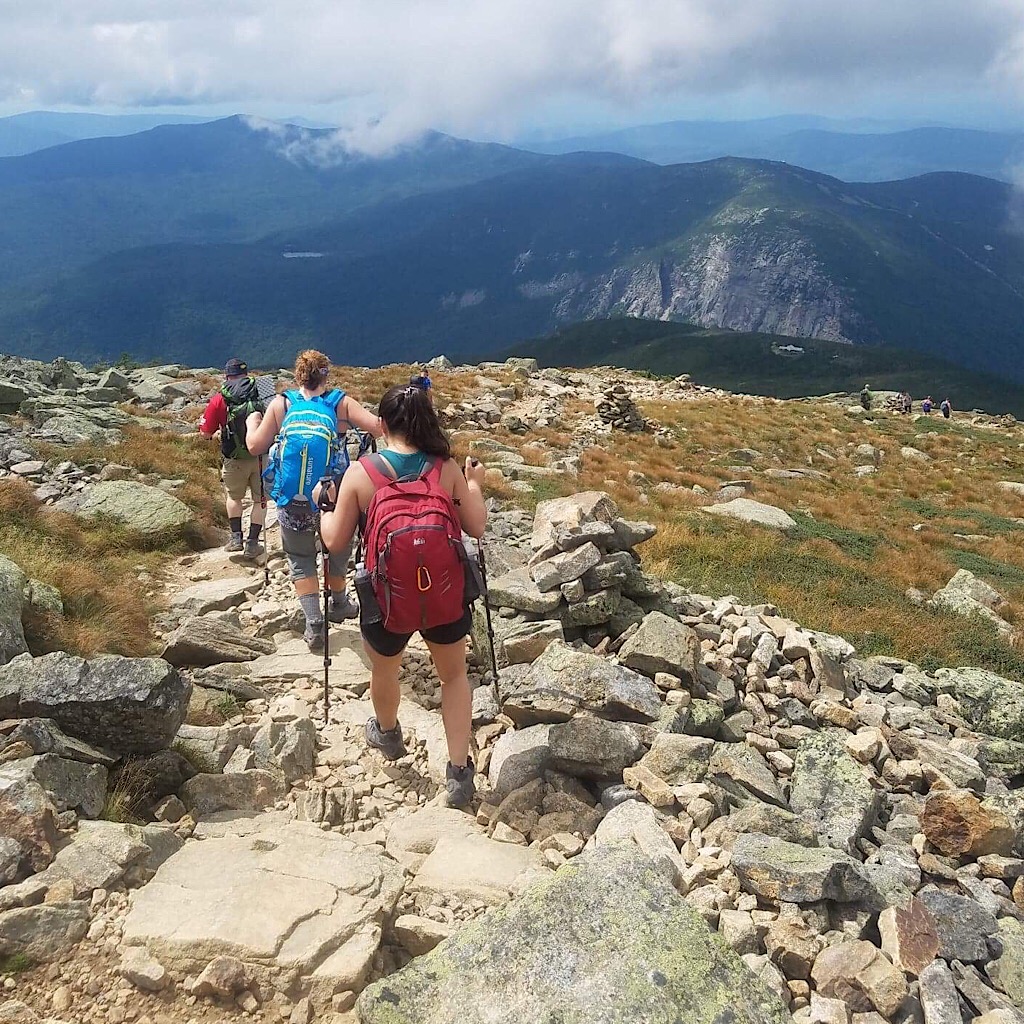 They begin the descent. Treeline is still a mile away. 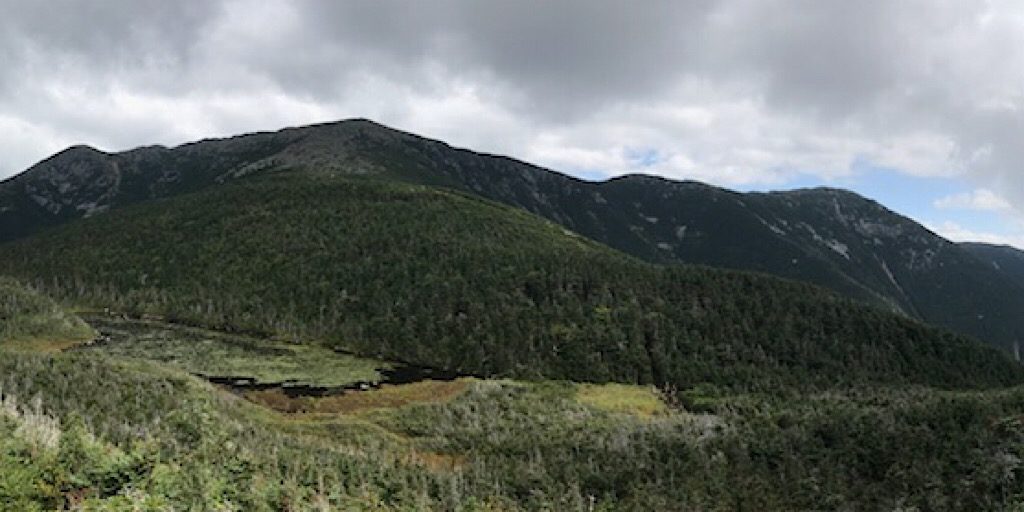 Looking back at from where they came. Wow. It’s a big day with about 4100′ of gain in just over nine miles.

Great job, team. Christina, well done for satisfying an important bucket list item. Wei, well done for conquering a good chunk of the White Mountains. And Ken and Ryan for doing good work out there and bringing everyone back safe.