The Battle of Dartmouth

It should say The Battle of Millen Hill even though the larger Mt Dartmouth was the main objective, but we’re getting ahead of ourselves. Let’s start at the beginning. A week ago Redline Guide Mike Cherim began teaching a single, young student — 13-year-old Sage — on the first of two days of private, intense Wilderness Navigation training. This training was very similar, in fact, to the training Sage’s older sister, Alex, completed. Also taken with Mike. Here’s how the whole thing went down.

Day One: Classroom and Practice

In typical fashion, day one began at the Eagle Mountain House in the lovely Jackson Village. They started outside this historic hotel with some warm up-type exercises designed to help familiarize students with the magnetic baseplate compass and the significance of all those numbers on the bezel. From there they went inside to the Redline Room to complete compass understanding before moving onto maps, ultimately putting the two together — in addition to myriad other facets of Wilderness Navigation to include alpine techniques for use above treeline.

They finished the indoor stuff around lunchtime and grabbed a bite at the Glen Ledge Corner Store (great food) on the way to Echo Lake State Park where they would put to use much of that covered during the morning. When done, Sage was given homework and, as planned, would return in one week to complete her training. Below are a few photos of that first day. 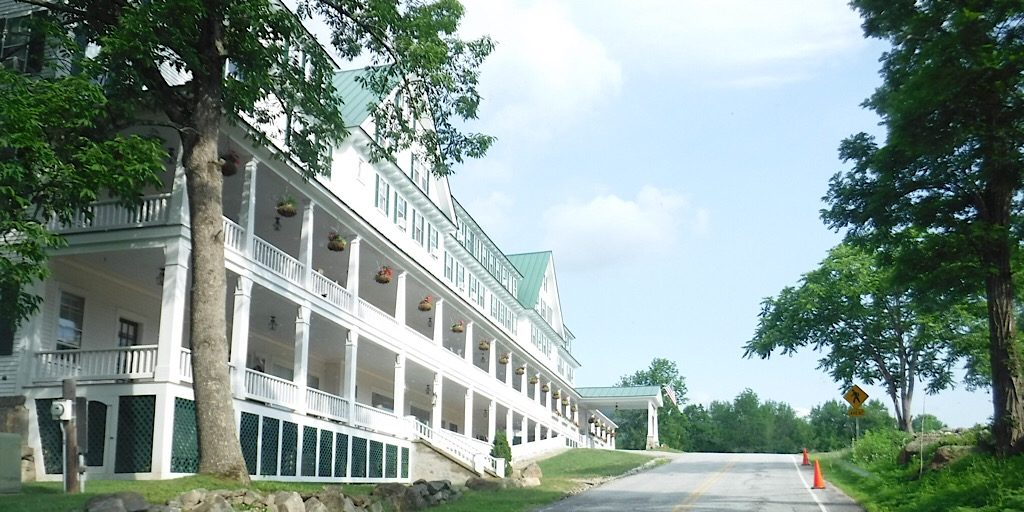 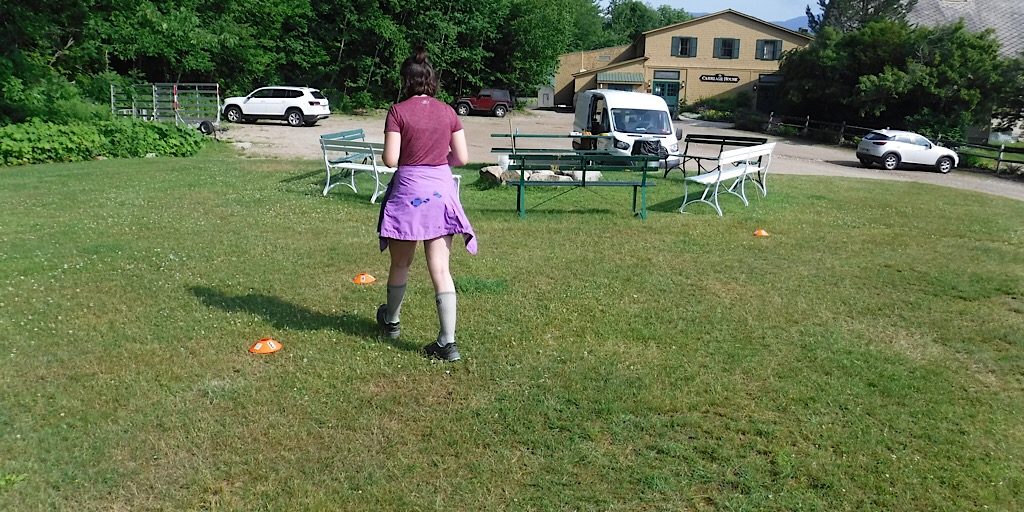 Outdoor warmup and introductory work. A good wake up! 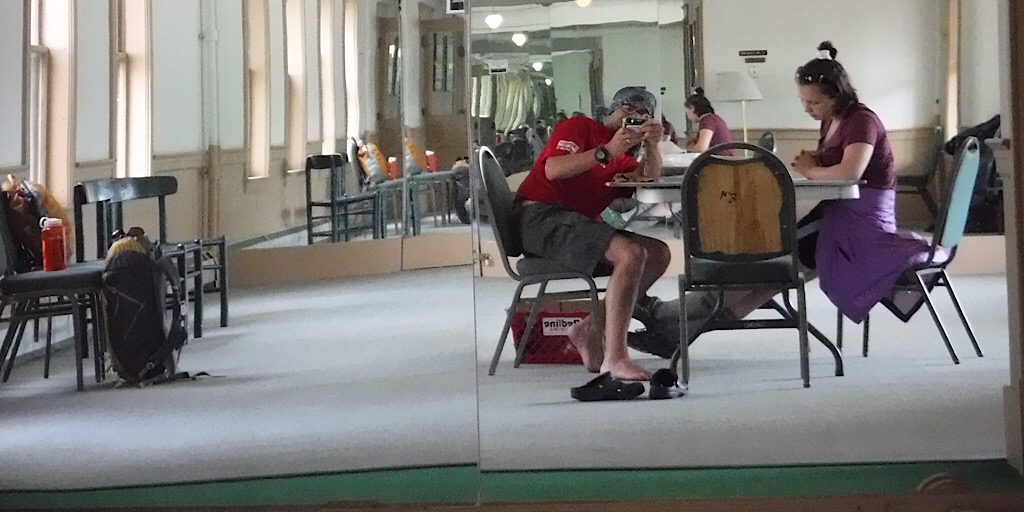 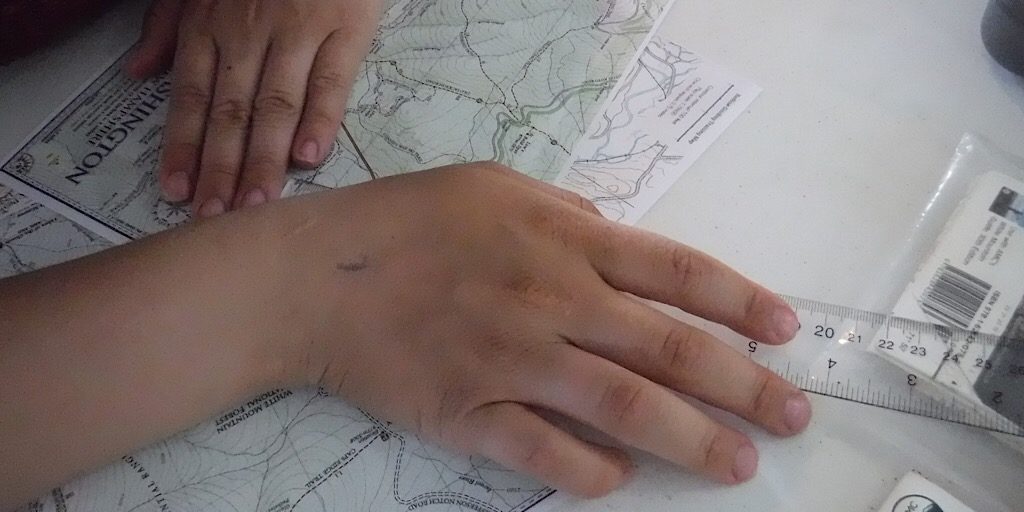 Sage working with the maps. 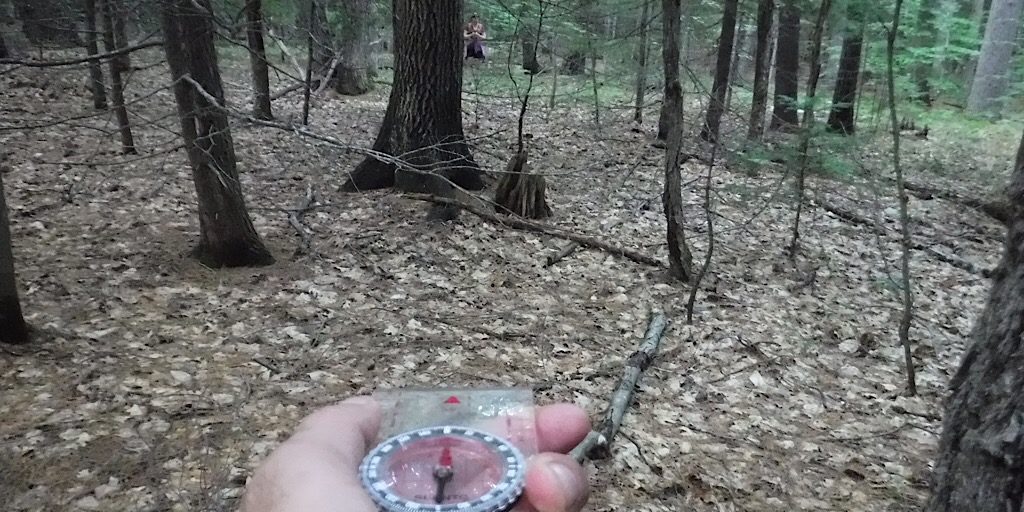 Taking it to the field at Echo Lake State Park… this time testing a new practice route.

This was a trail-by-fire as Mike decided the day’s objective would be to bushwhack to, first, the 3367-foot Millen Hill (just west of Mt Jefferson), and then to the 3727-foot Mt Dartmouth. And then back, of course. Of special importance to Mike was Millen Hill in particular. This peak he attempted by the most obvious and direct route a few years ago and failed. He and his team ran out of time due to their encountering wave after wave of downed fir trees. Thanks to then and the insights of others since — John, Brian, you know who you guys are — this time he modified his starting position and it made a big difference.

This was to be a four-leg tour, as follows: Leg One would begin a bit north of the Caps Ridge Trail parking lot (instead of at the trailhead) and terminate on the summit of Millen Hill. Leg Two would continue on toward an elongate mid-ridge prominence from where it would dogleg about twelve degrees on Leg Three which headed the team toward the Mt Dartmouth summit. Leg Four was, of course, the leg taking them back to their entry point on Jefferson Notch Road. Which, by the way, they nailed. In a way this was a bit of a surprise because they were being fairly loose in their navigating, at times opting to utilize the myriad moose paths present and to handrail landforms. The bushwhack was straightforward, albeit very tough at times, the duo finding themselves jailed in pencil woods on occasion. Below are some photos of Day Two: 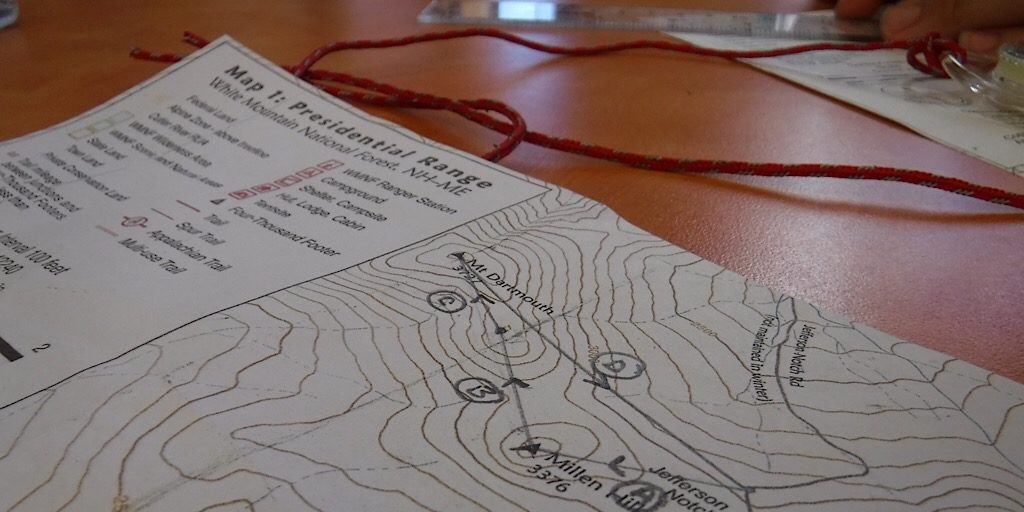 The plan of the day was put to paper before heading out. 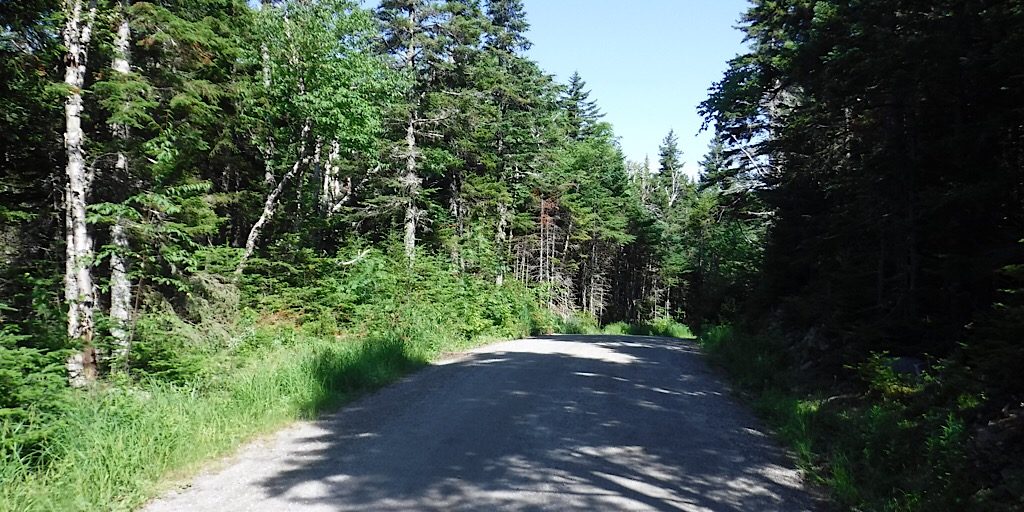 They begin with a tiny road walk on Jefferson Notch Road. 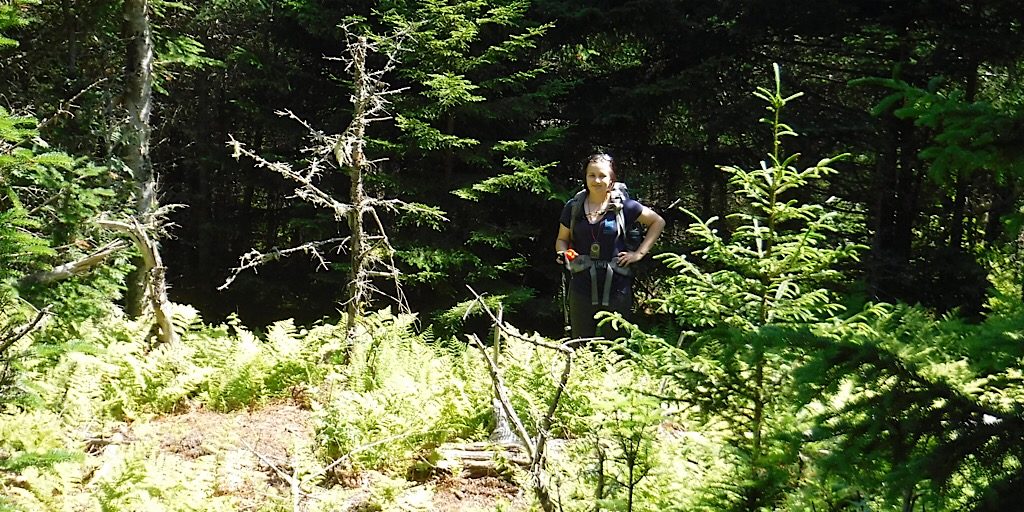 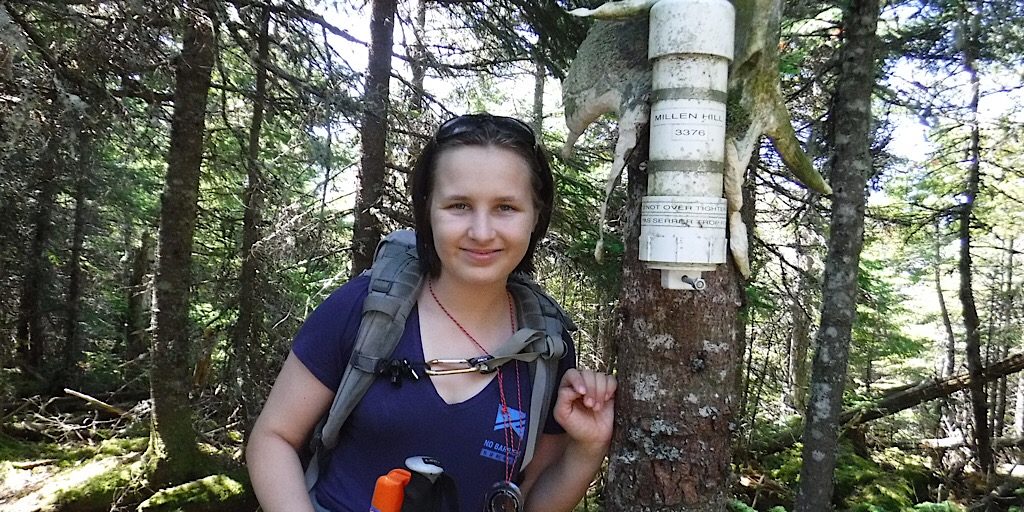 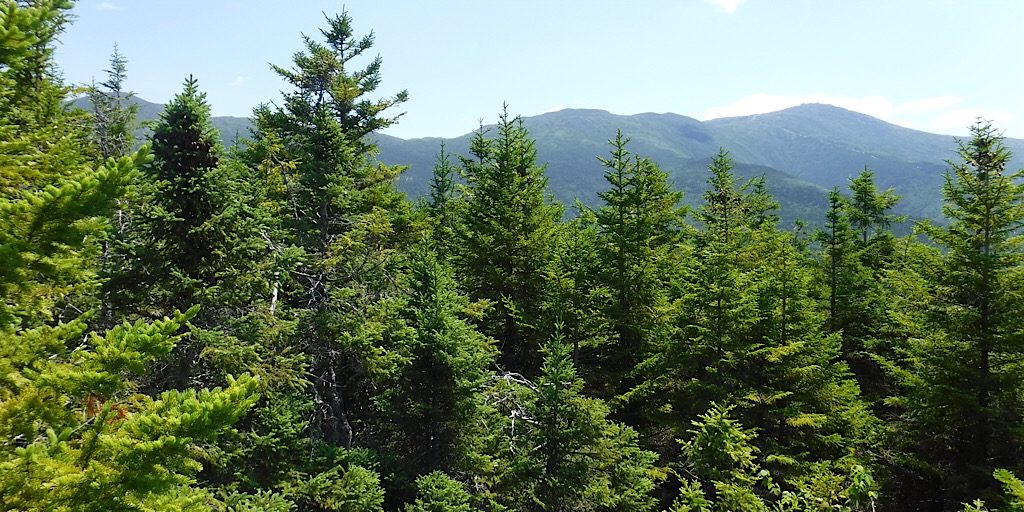 A view point from small rocky ledge a friend, John, mentioned. The one? 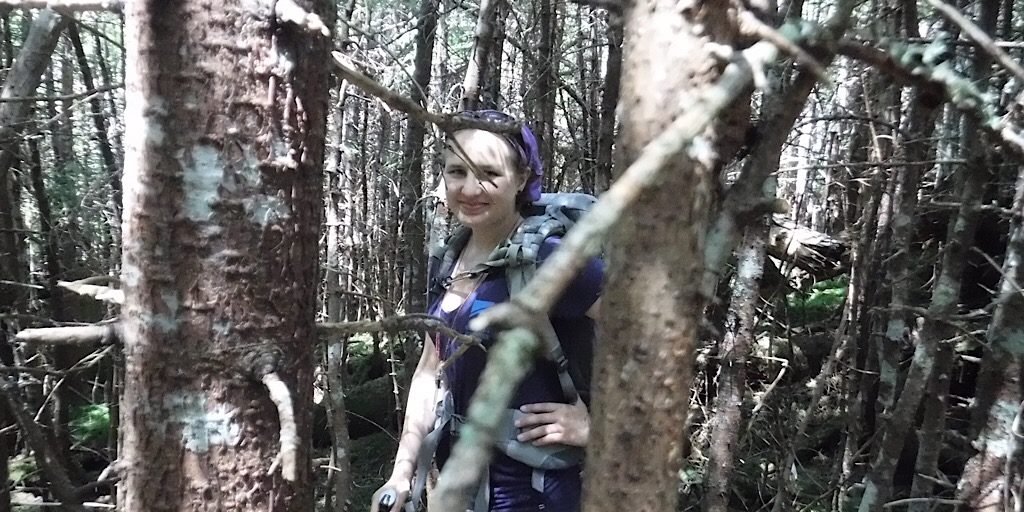 Some sections were impossibly thick. Even worse than this one. 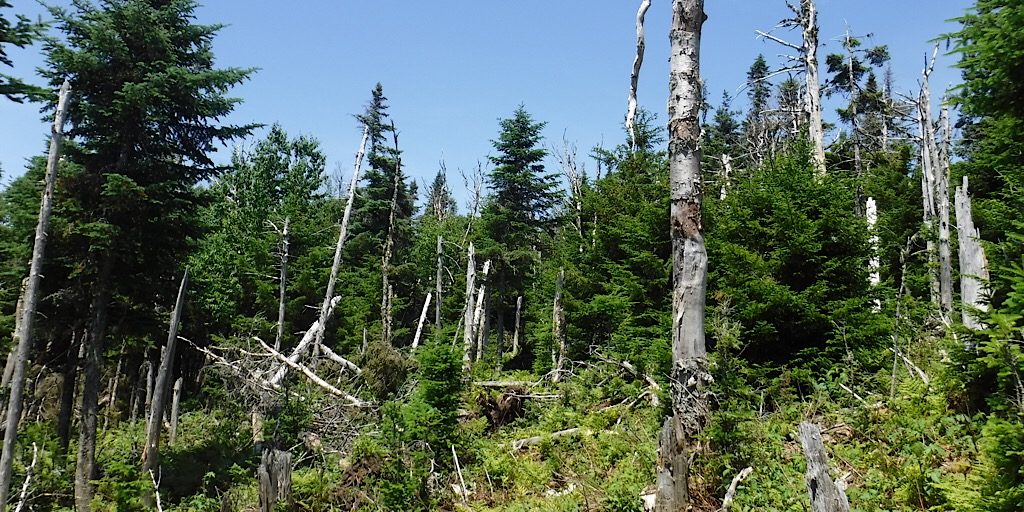 So pretty up there, but deceivingly difficult in places. 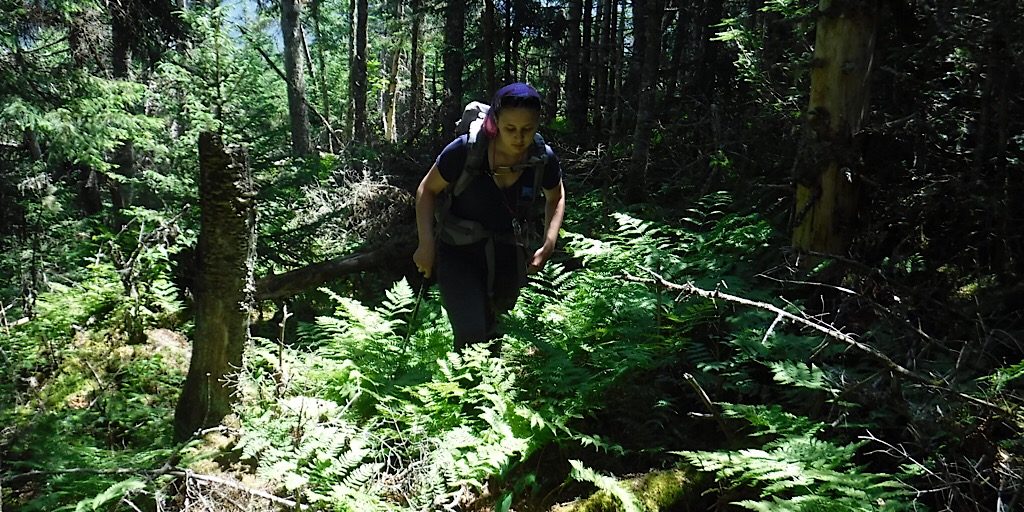 Charging ahead, Sage makes her way toward Mt Dartmouth. 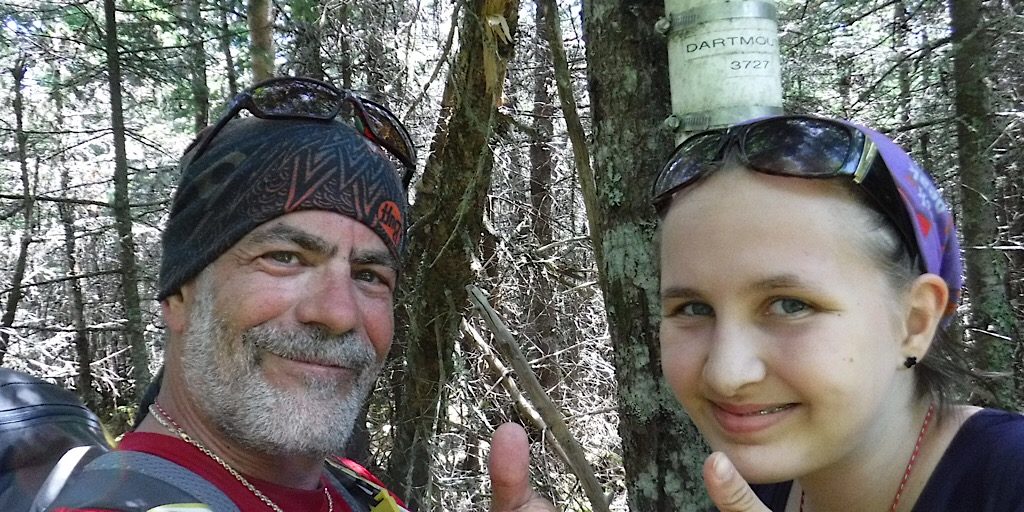 Mt Dartmouth… made it! 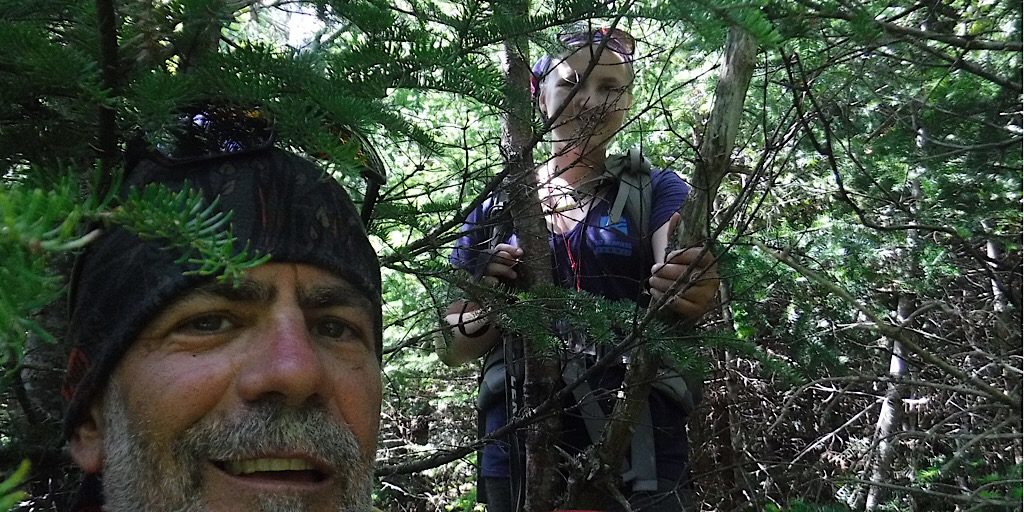 Mike and Sage were both cursing at times. Just kidding! The woods did test them in places, though. 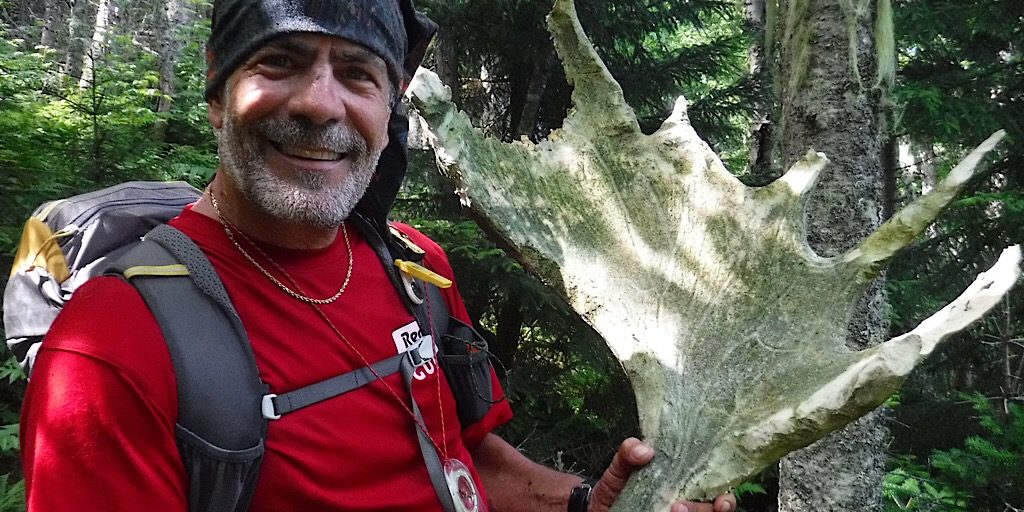 Mike finds a half eaten moose antler but decides to leave it behind. 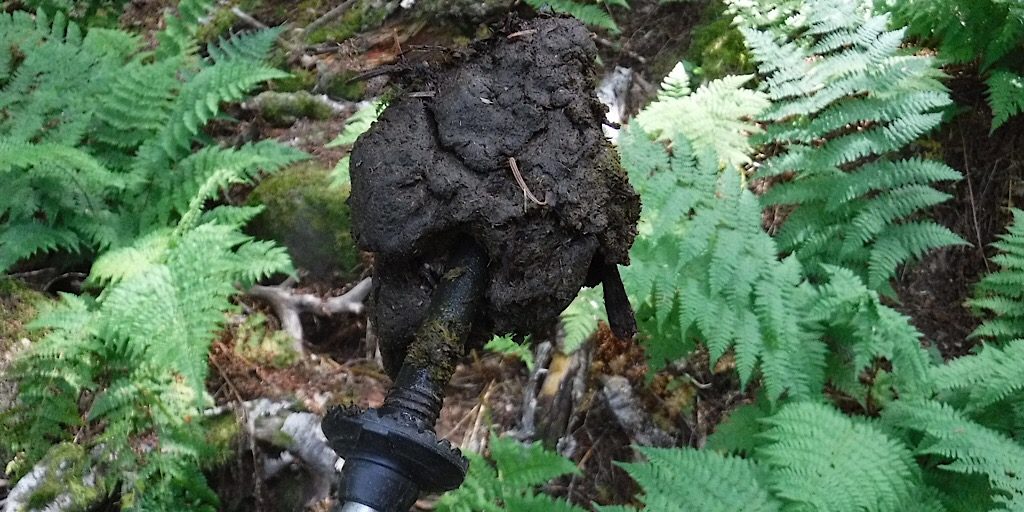 Mike used teachable moments such as how diet changes the summer moose scat into this. 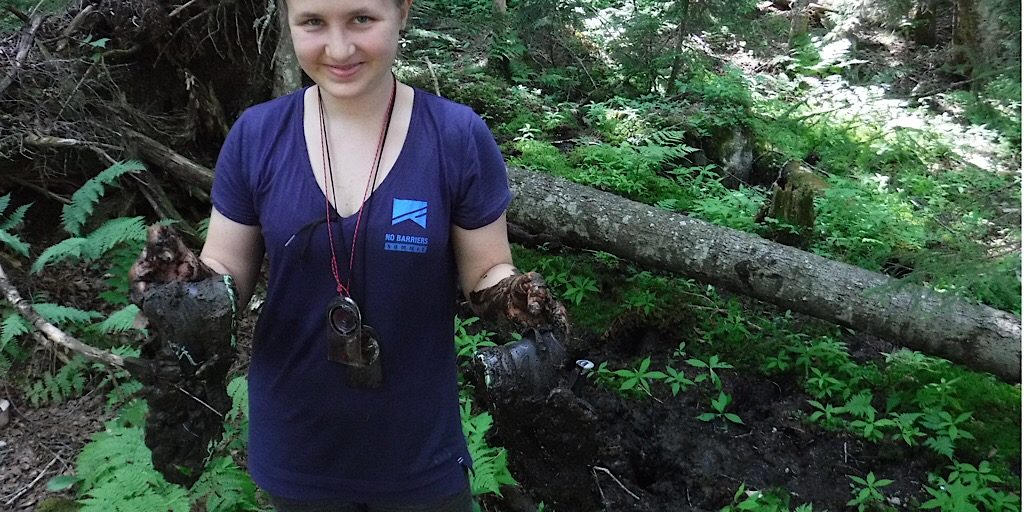 Sage had an encounter with shoe sucking mud. Literally. 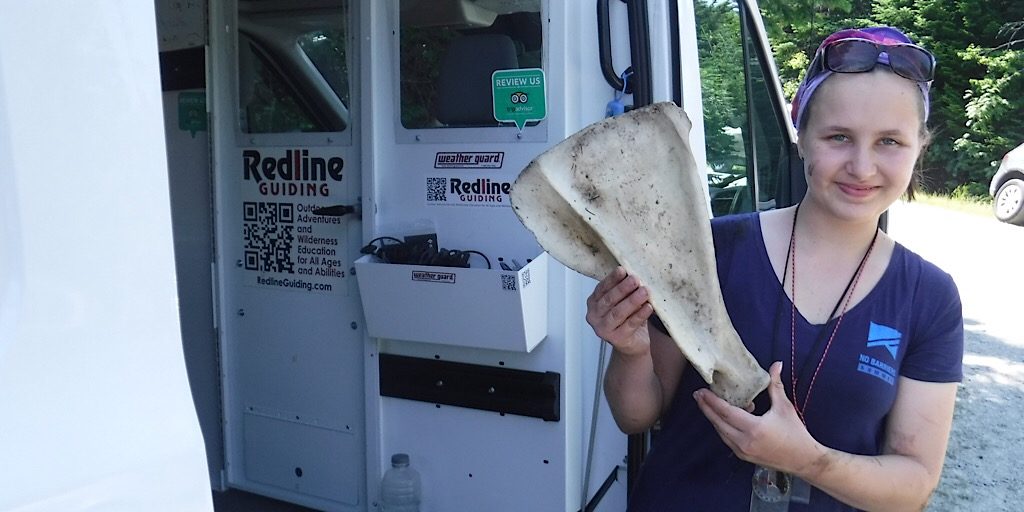 Made it back! A moose clavicle? Perfect condition, not too bleached or gnawed on. Great find, Sage!