Day Three: Lakes of the Clouds Hut to Mizpah Hut

As planned the duo skipped breakfast opting for an earlier start. Late into the prior evening, Jeffrey and Mike exchanged a number of texts discussing the matter, considering the option of bailing versus pressing on to the Mizpah Hut (3800’/1158m), next. It was tempting to throw in the towel, have a fine meal and warm bed in town, then hike somewhere else the next day, but they decided instead to press on as planned climbing over Mt Monroe making their way toward Little Monroe, Franklin, then finally the junction with Edmand’s Path immediately before the rise of the Mt Eisenhower summit (4760’/1451m) dome. 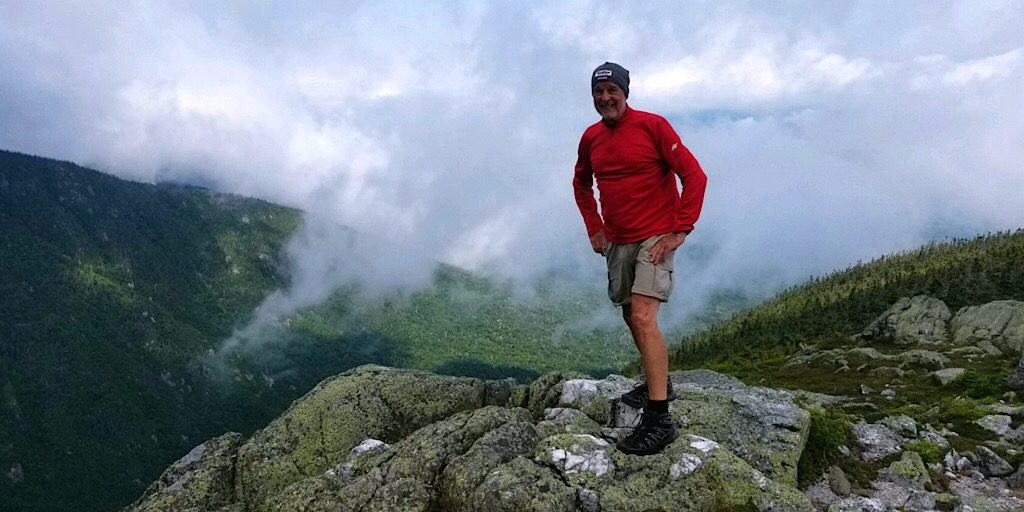 Jeffrey ascending Monroe at about 6:30 am… trying to stay ahead of the impending storm. 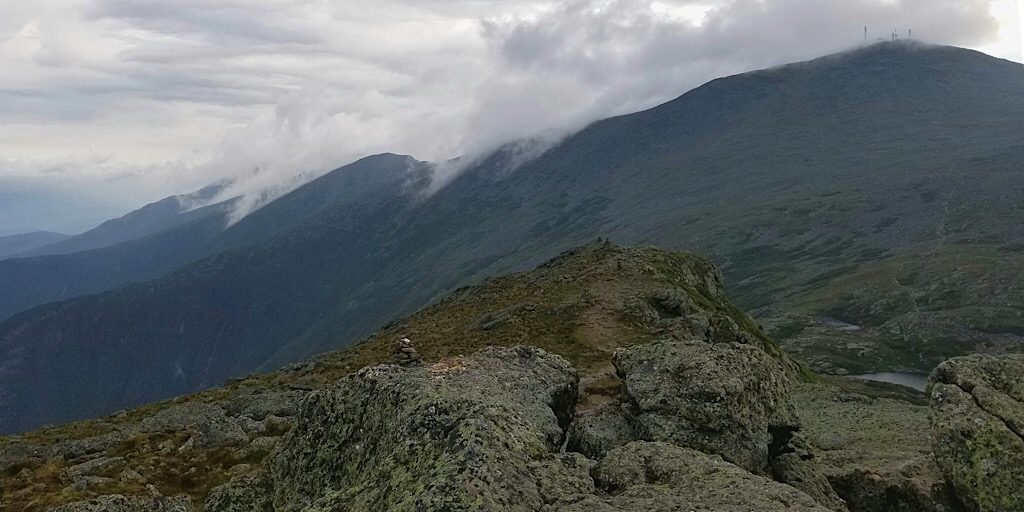 It wasn’t raining yet, but the weather to the north of Mt Monroe was clearly unsettled. 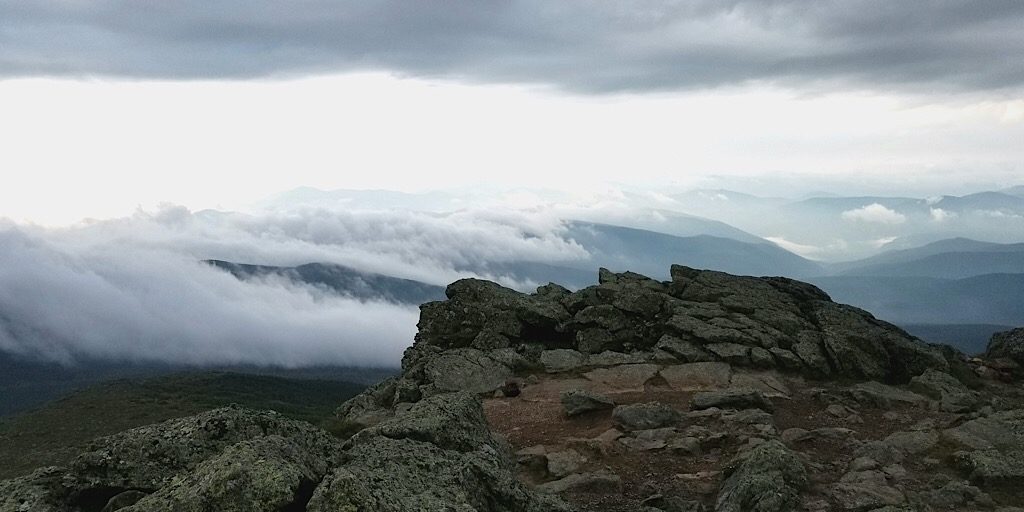 It looked unsettled to the south, too. All directions, really. They moved quickly hoping to stay ahead of it all. 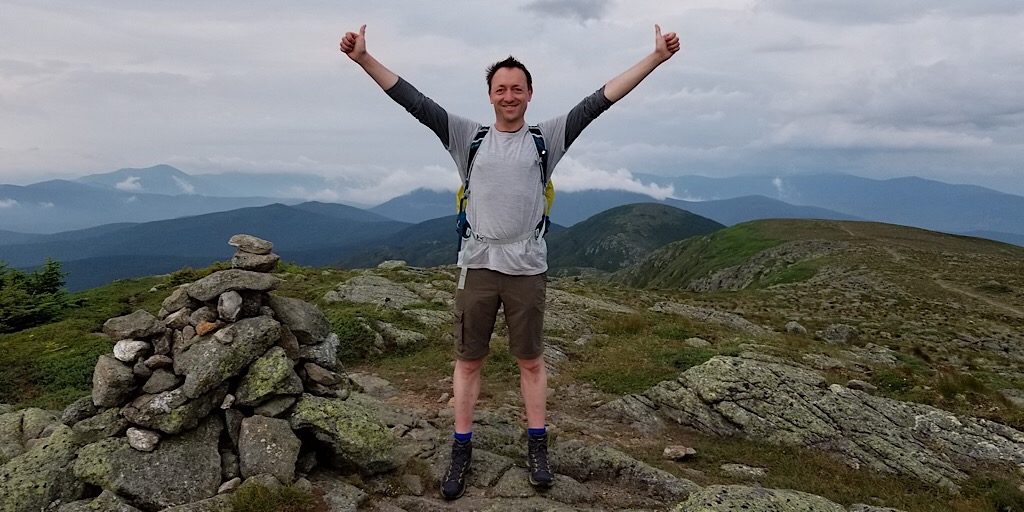 Once they arrived at the junction they would reavaluate not only the weather, but because since day two Florian had been dealing with minor knee pain, the health and overall fitness of the team. They had objectives, they had a plan, but as Mike and Jeffrey left it with their final texts, Jeffrey would ultimately make the decision based on the team’s health and safety. 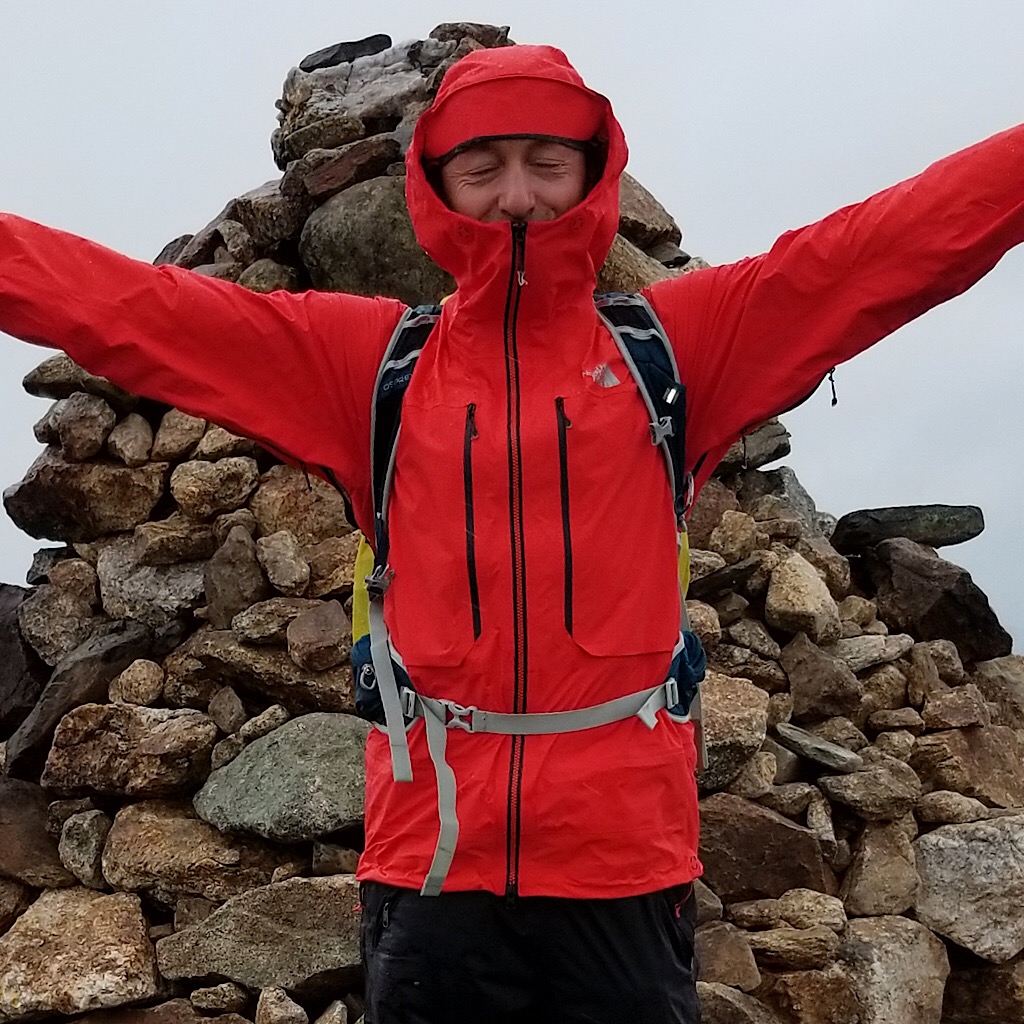 The spirit remained intact even after the rains came. Here Florian is on Mt Eisenhower.

As it turned out, the early start helped. The weather, while terrible, never got quite as bad as was forecast and Florian’s knee pain stayed in check so after due consideration at the Edmand’s Path junction, they decided to press on toward Mt Pierce (4312’/1314m) where after they’d drop back below treeline and make their way to the final Hut of the trip. Where once again they would find a warm, dry welcome. And dry was a desired thing as it had started pouring between Franklin and Eisenhower. A “driving rain” was the adjective Jeffrey used in his report and they had gotten wet in the process. 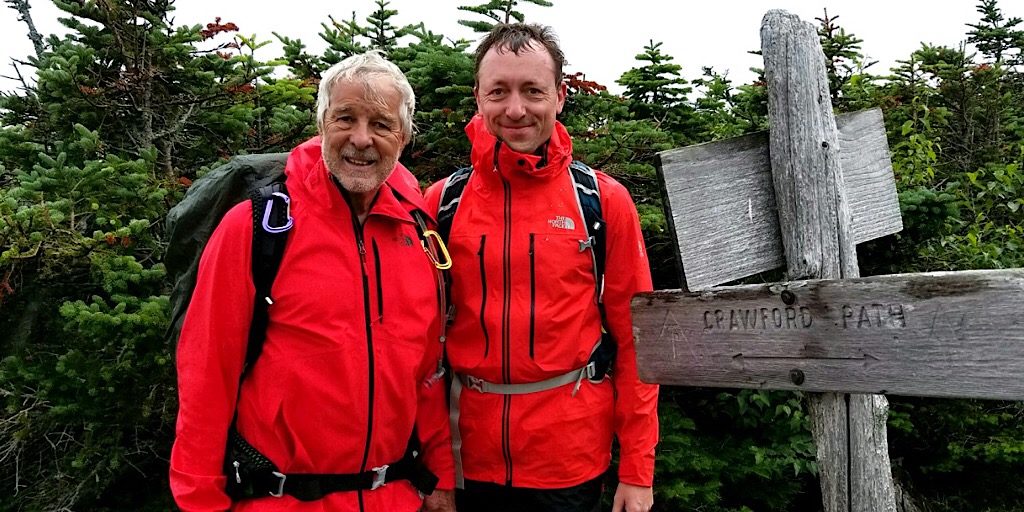 Wet but none the worse for the wear. 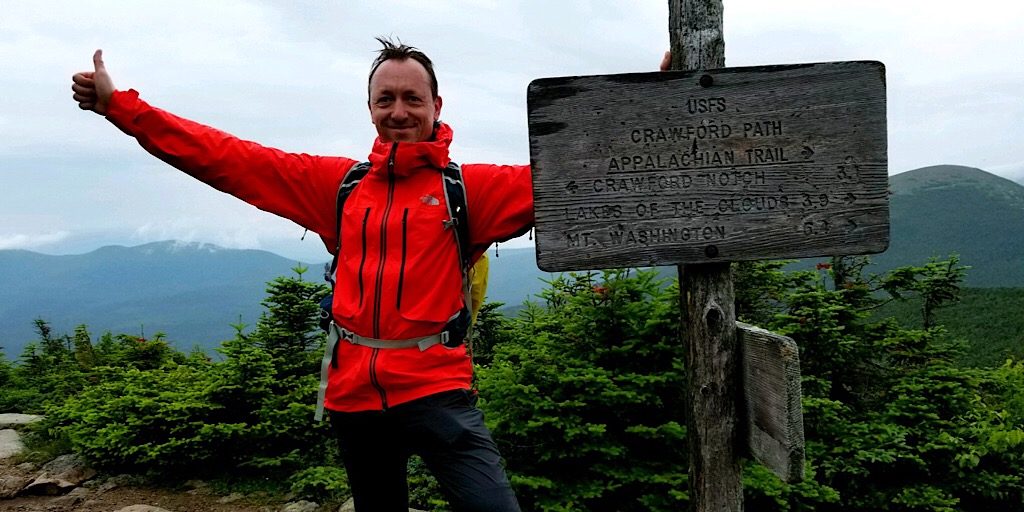 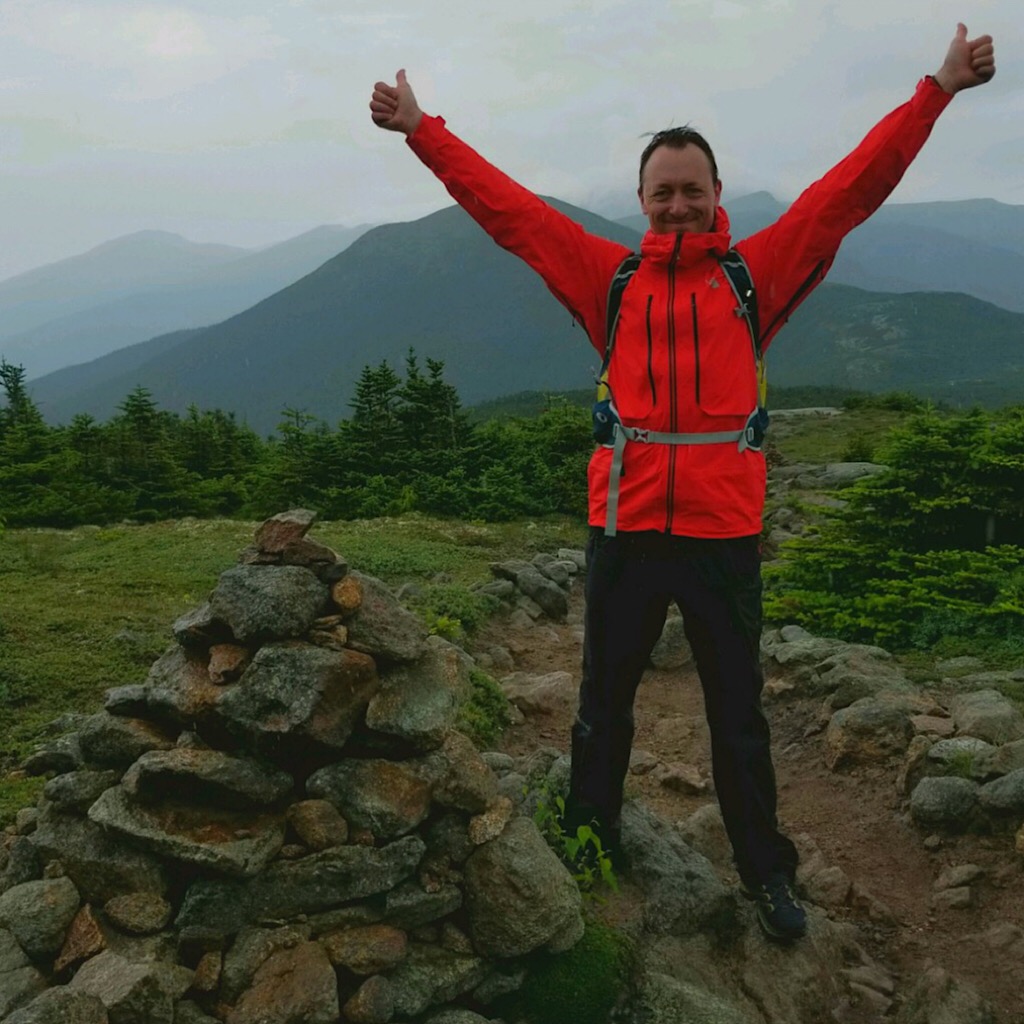 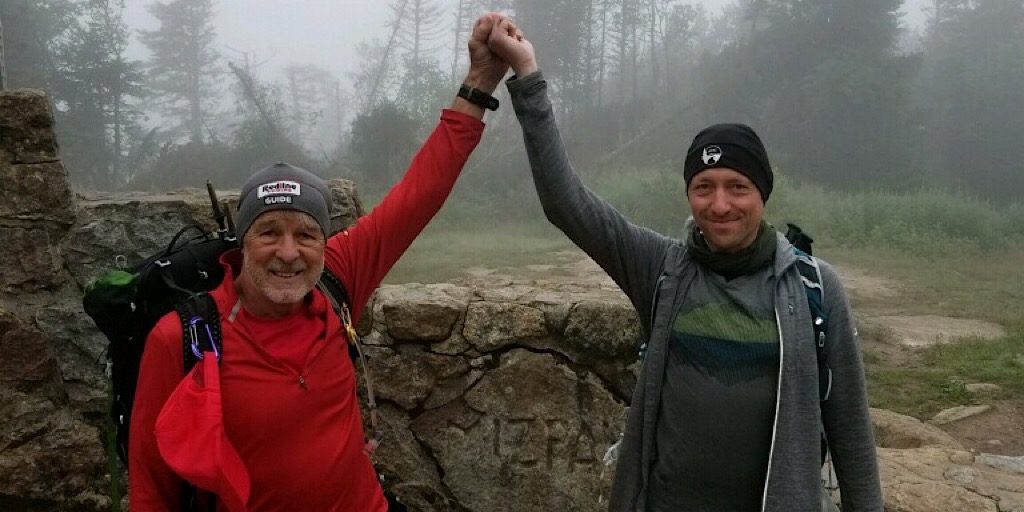 The team arrives at Mizpah Hut.

Unlike the previous nights, this Hut was virtually empty what with only nineteen brave guests instead of the usual masses. The nasty weather prompted many who had reservations at the Hut to wisely cancel their plans. After arrival Jeffrey and Florian changed into dry clothes and had some hot soup before unwinding and later enjoying another fine meal along with a private bunkroom for the night thanks to all the missing guests. A bad weather bonus for the few and the brave! 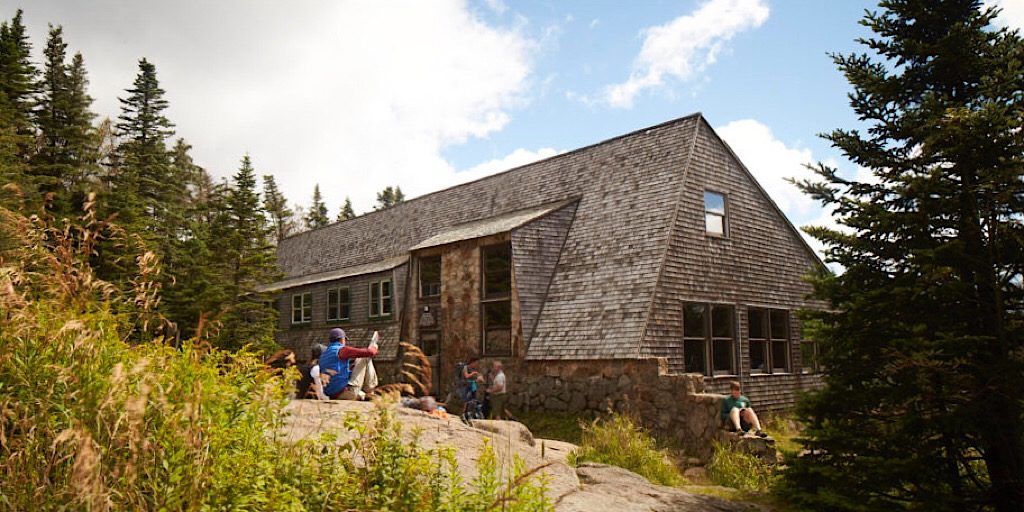 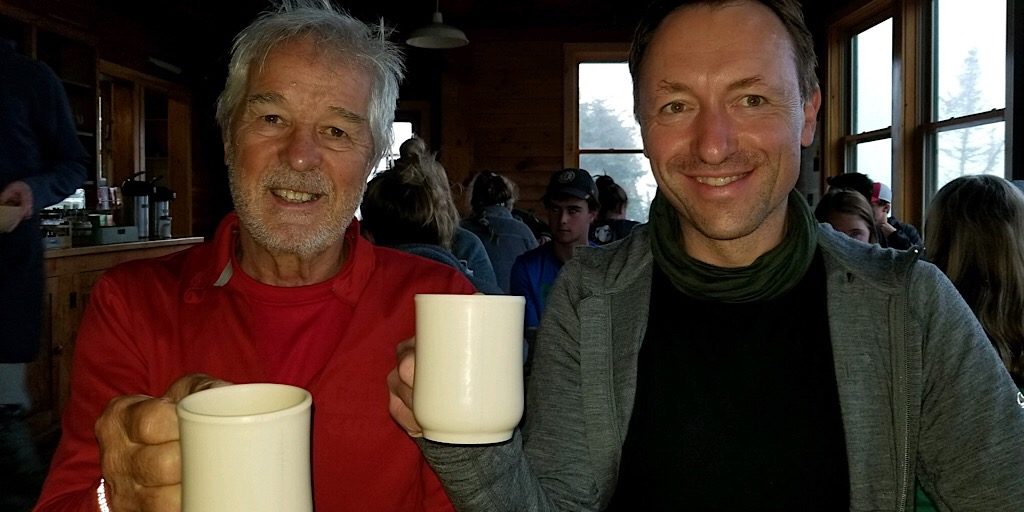 Ahh, this one is an earned one!

As the storm raged around them most of the night, the nearby crack of thunder and lightning in the night sky, they slept peacefully despite it all taking comfort in knowing that they were safe and sound in the sturdy building. By morning the storm had passed and while it wasn’t as nice a day as day two, it was much better than the previous afternoon.

After a hearty Hut breakfast with friends — some old from previous Huts, and some new, including other German-speakers that Florian could chat with — they were ready to tackle the final segment of their trip. Because Florian was feeling up to it, and the weather was again acceptable, they decided to include Mt Jackson (4052’/1235m) in the tour before dropping down to Jeffrey’s car that we left at the Highland Center days before. And including Jackson was a great choice, as it turned out. The winds were cranking along at 40mph/64kph as the fog and clouds whipped past the team. Florian relished this laughing at the notion that there must be a fog and wind machine hidden away in the trees. This summit was the finest of his trip. 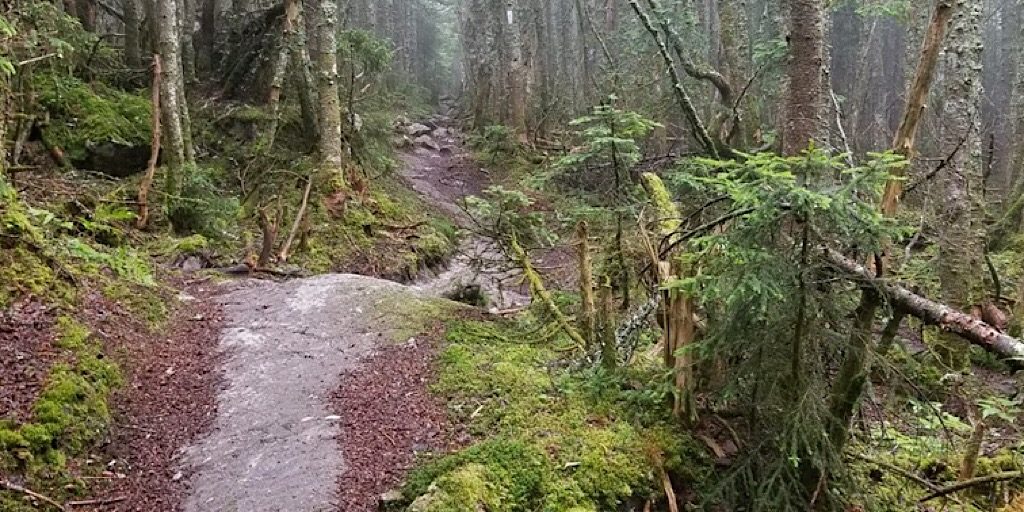 The boreal zone is a lovely, mysterious place. 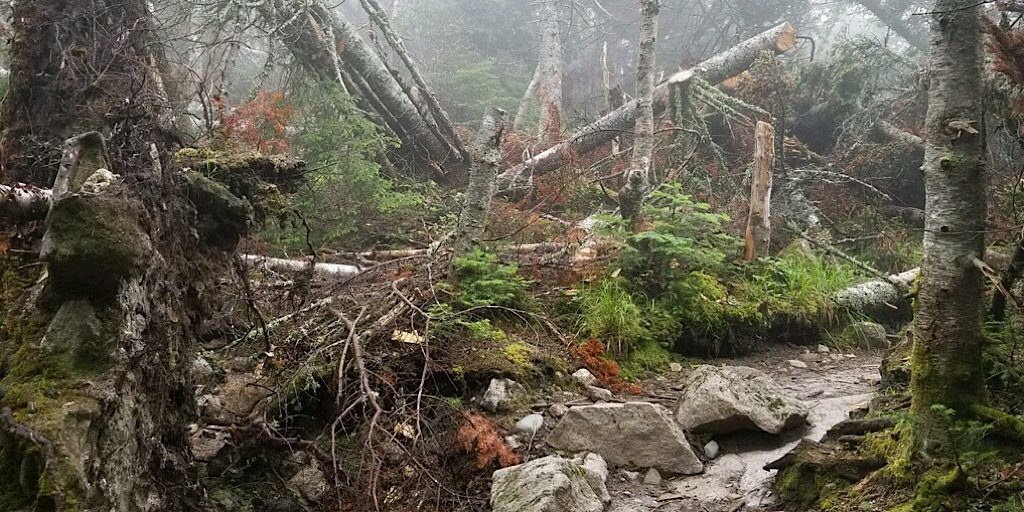 Extensive blowdowns have been recently cleared. 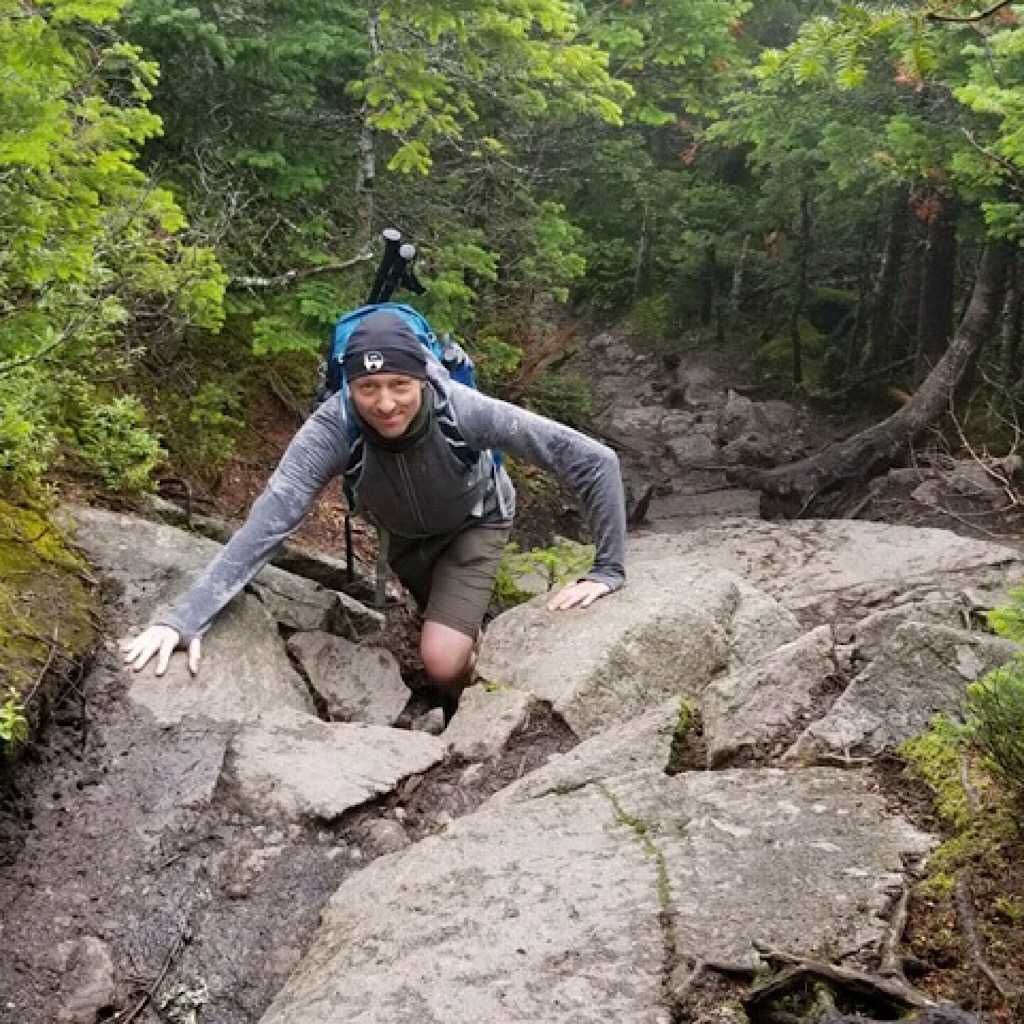 Florian climbs the final bits before the Jackson summit.

[…] Jackson was very atmospheric and one of my favorite summits as well as Adams. —Florian 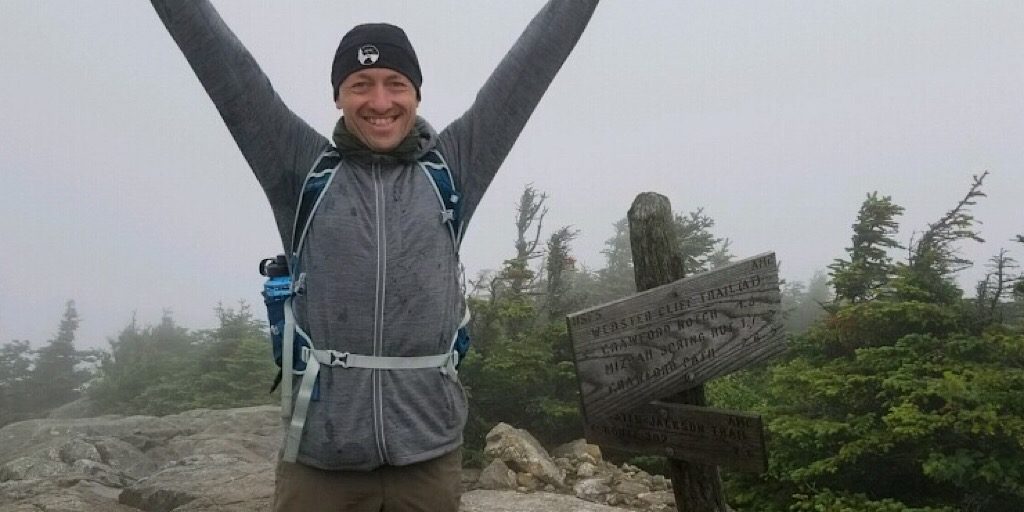 Success! Florian has hiked a Full Presidential Traverse. Bravo! And this is the best summit yet! 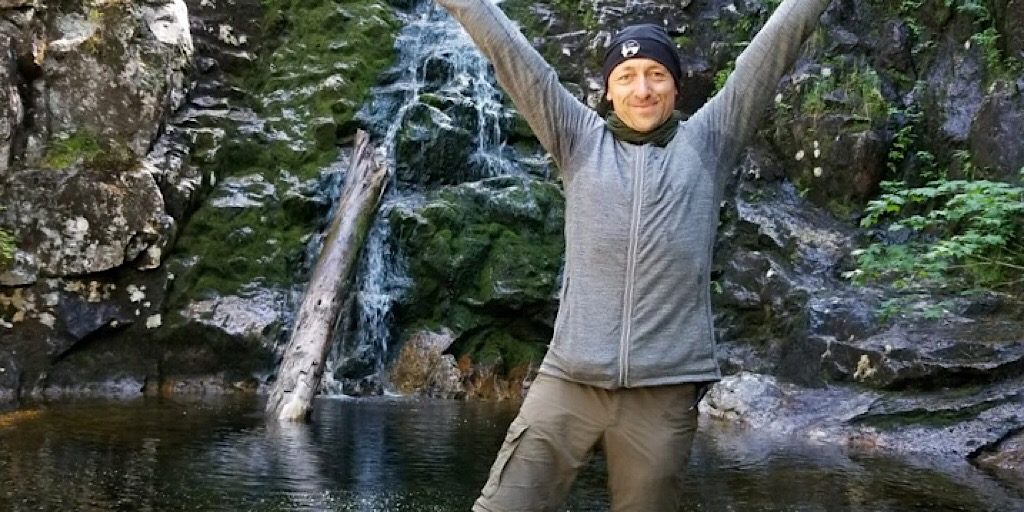 A slight detour on the descent provides even more to Florian. We think he likes our mountains.

Thank you for choosing Redline Guiding, Florian. It seems like you had an amazing time with us and that you thoroughly enjoyed our mountains, our state, and our country. Please know you are welcome back any time.

And as Florian put it…

[…] thank you for making this magnificient tour possible. It was not easy for me to say goodbye to Jeff, both a wonderful guide and the greatest buddy on the hike. —Florian

Wow, we love hearing that!

Congratulations on a job well done, Florian! And Jeffrey, a really impressive lead! Thank you!