Guiding in the Wilds 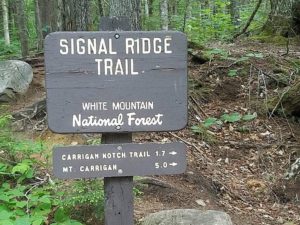 Two miles to the start.

Yet another guest working on the AMC’s New England Hundred Highest list came to us looking for knowledgeable companionship and guidance. We happily obliged. On the job was Redline Guide Ken Hodges. Shadowing Ken was the newest member of our team, Ryan Mcguire. On the agenda for the day was the 3862-foot Vose Spur — one we’ve guided before. And like the last trip, it sounded like it was a good day. It was nice where we were doing trailwork, but Ryan mentioned they had more mosquitoes to deal with than they wanted. That said, he mentioned it didn’t diminish the experience. Smiles and laughs prevailed as the miles ticked by.

They began early. After picking up our guest at 7:00, they managed to get on trail a half hour later beating the heat if it materialized (it didn’t much). After the necessary two-mile road walk thanks to the usually open fire road being closed to traffic at this time, they got onto the Signal Ridge Trail hiking to the Carrigain Notch Trail. From there they took that second trail to the boulder about four hundred vertical feet shy of the height of land. From there, they went up. The timing worked out so that they could enjoy their lunch while sitting on a high talus field below the summit taking in the views. 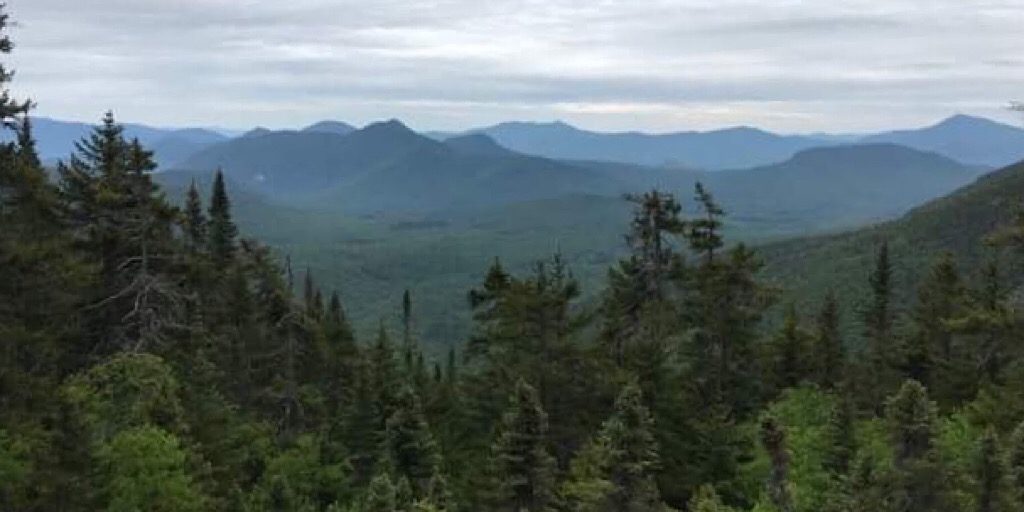 After lunch Ken put Ryan in the lead while Ken swept. The guest in the middle was lead upward through the fir trees on this steep-sided mountain. And before long they arrived at the top for a short celebration. Unfortunately the constant presence of a folding chair before the summit canister was no more. Afterward, Ken continuing to sweep, Ryan led them down and out before the afternoon rains came. 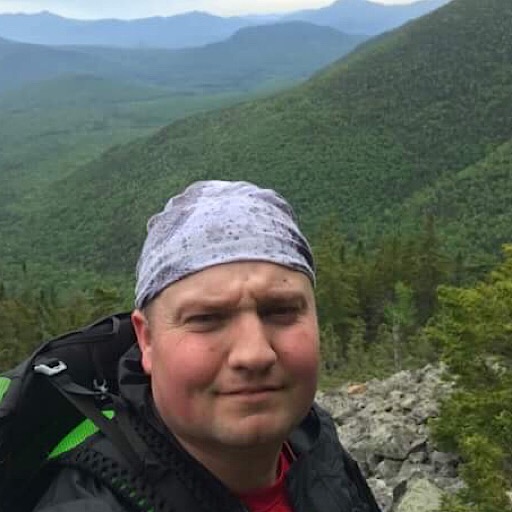 A look of satisfaction? 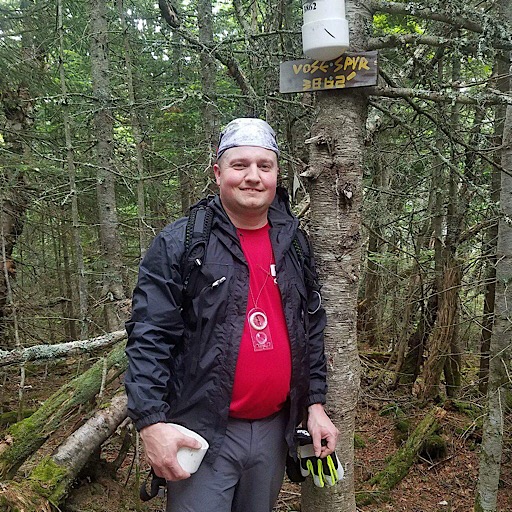 Ryan at the summit.

Congratulations to our guest! A fine lead, Ken and Ryan!