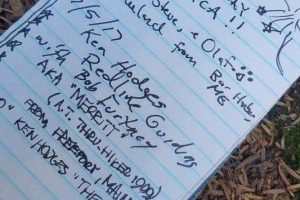 Situated just a stone’s throw from the 4700′ Mt Carrigain — one of the New Hampshire 4000-footers — 3862′ Vose Spur is connected to the north and east is like a little sibling. It’s also one of the trailless New England Hundred Highest mountains requiring some bushwhacking to get there. Not everyone is okay with doing this solo (like Mainer Bob), especially with a loved one (like Bob’s wife) at home worrying too much, so this is where Redline Guiding has been helping out with Guide Ken Hodges leading the way. This is their second summit, with the last one being Mt Nancy (with one prior attempt not succeeding).

Aside from some nervous moments of the open talus slopes on the mountain’s east side, the pair did well navigating to and from the summit back onto their exact starting position on Carrigain Notch Trail. Ken wrote a short summary of the day, as follows:

On Wednesday July 5, Bob and I set out for Vose Spur, one of the New England Hundred Highest, a list that Bob is actively working on. The forecast was sunny, in the mid 70s. We were accompanied by a small cloud of mosquitoes until we started our bushwack. We started up the drainage just after the large boulder beside the trail, finding sign of others who had recently hiked up. At about 2600-feet we started a true bushwack through the forest, knowing that we would eventually find some kind of herd path again, based on previous climbs. Route finding up through the steep mountain side was enjoyable (and bug free). At about 3200-feet we came across a well defined herd path which we followed to the summit where we had a leisurely lunch till the midgies found out we were visiting. On the descent, following the herd paths (there are several) I removed all the flagging I found, some of which was in the trees well off the path. At about 2800-feet, as the trail fades in spots, we took a compass bearing and headed to the drainage that we ascended following that down to the trail and out to the trailhead. All in all it was a great hike with great company and conditions —Ken Hodges

Ken also provided these photos of the day: 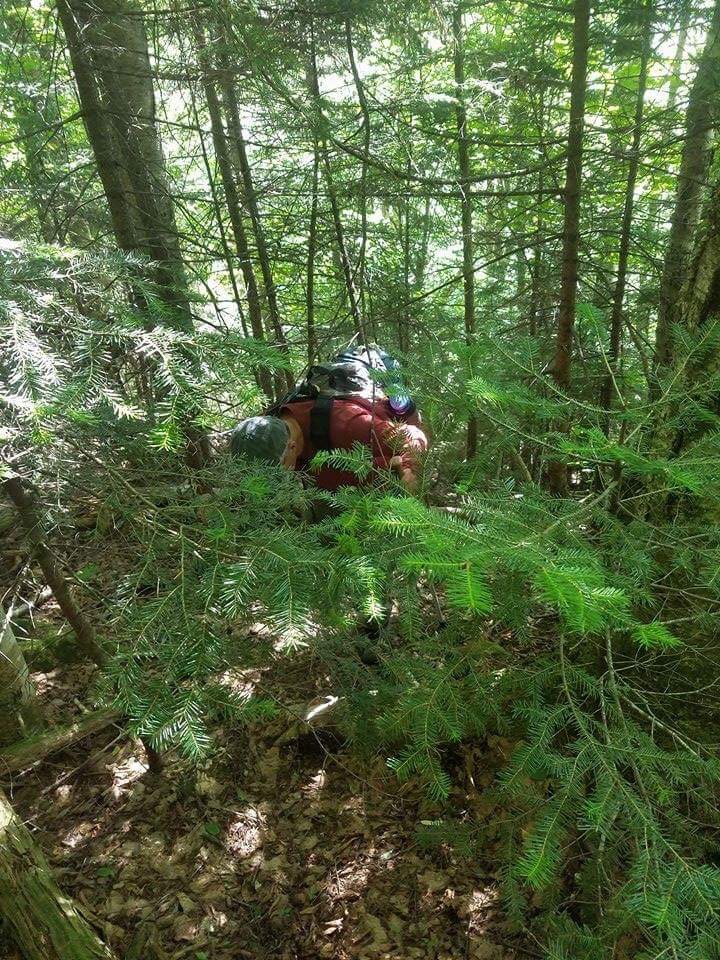 Bob in the thick of it during their bushwhack. 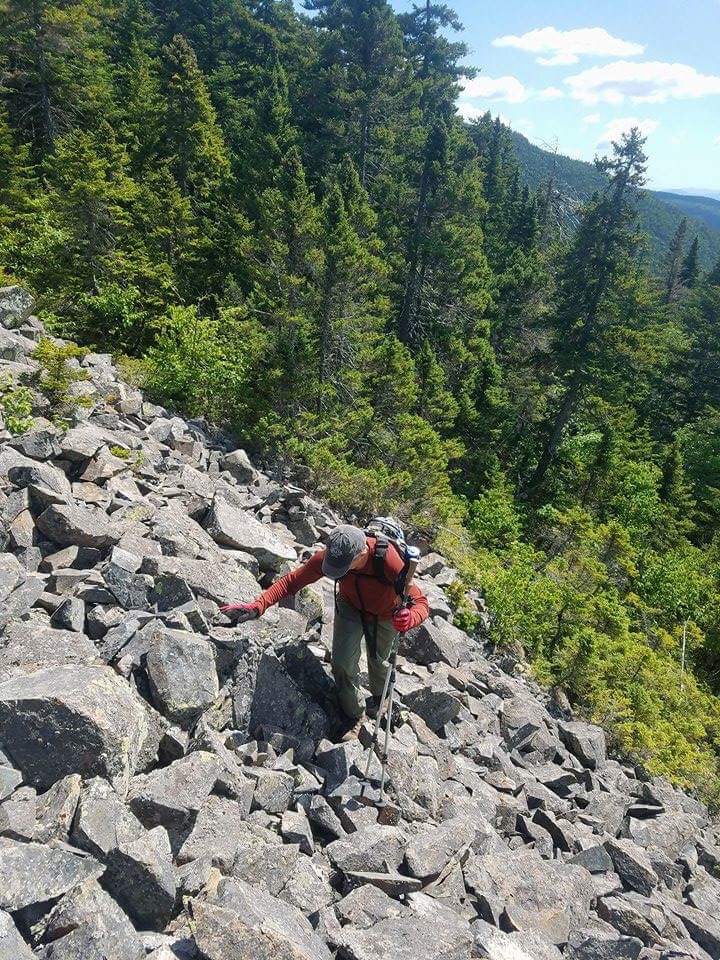 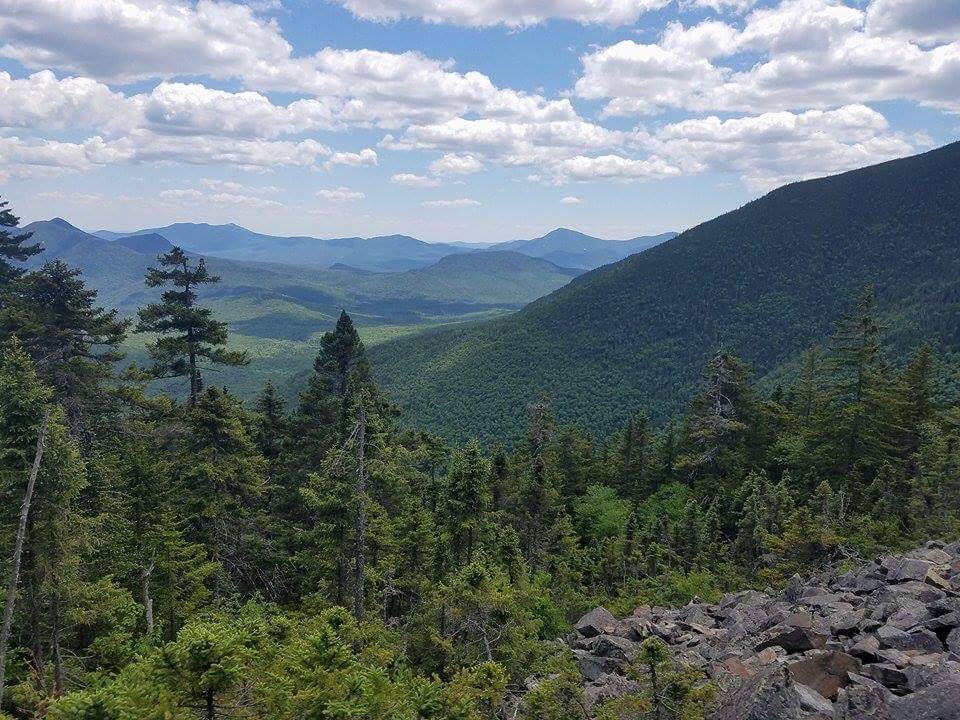 The views are stunning from these fields. 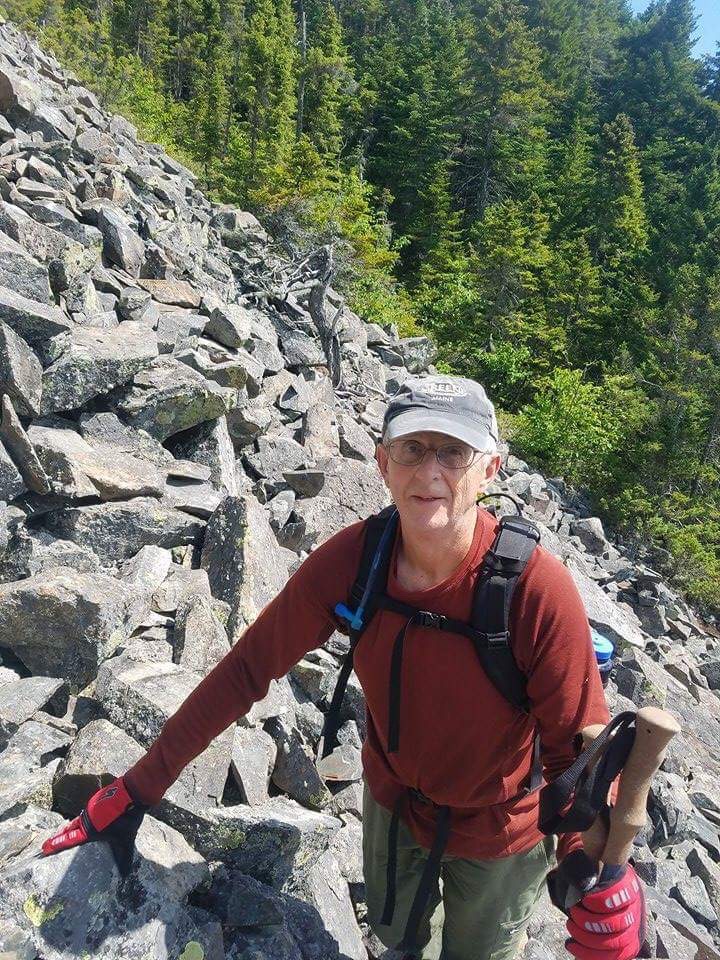 Bob would prefer to be done with this section. 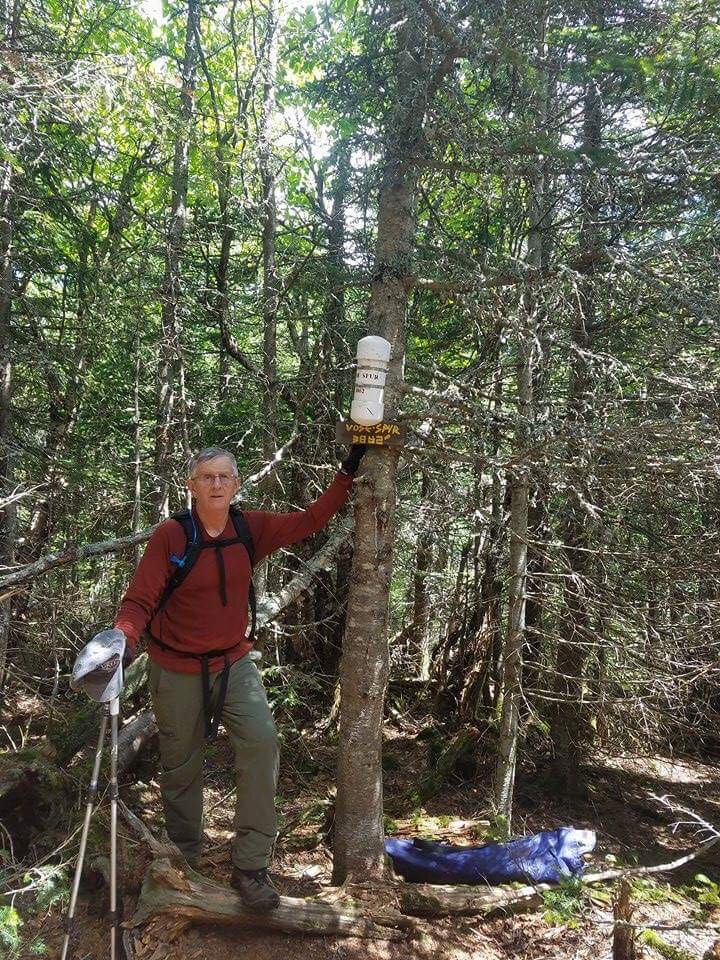 Congratulations Ken and Bob and another fine job!

Want a hand with your list or a need companion for safety (smart)? Well, we can help you with our guided hikes, since it’s all custom. You can also take it further if you want and coordinate a date to have our Naturalist, Liz Wyman, turn your guided hike into a nature tour. Learn something new as you bag that next peak!