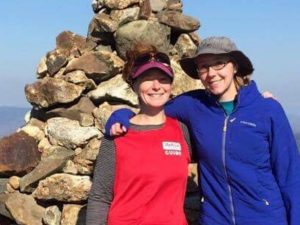 A gift of adventure. That’s what one mother bought for her adult daughter, Anne. Anne was curious about the wilderness areas in the Whites and wanted to improve her navigation and backpacking skills. This will all come in handy since she has plans — or at least a desire at this juncture — to hike the length of the Appalachian Trail (AT) from Springer Mountain in Georgia to Baxter Peak on Mt Kahtadin in Maine. To lead this educational adventure, Redline Guide Arlette Laan, who is an expert thru-hiker, was a natural fit. Further, being a women, she was able to provide Anne the unique female perspective. Arlette decided to bring Anne into the Presidential / Dry River Wilderness — one of six such areas in the Whites. It was a great choice. Rugged, wild, special.

Day one’s interary was to go over the prep then make their way through the wilderness to the Nauman Tent Site situated near the AMC’s Mizpah Hut via the still wild but much-improved Mt Clinton Trail. Day two was a traverse over Mts Pierce (4312′), Eisenhower (4760′), and Monroe (5372′) — the latter of which, coincidentally, was “needed” by Anne as she is also working on her NH 48 4000-footers and for her Monroe was number 30… congratulations! They had briefly entertained the option of summiting Washington as well but Anne decided to leave that for her final summit so her family and friends would have the opportunity to easily join in on the celebration. Smart. The duo dropped back down into the river valley and to the shelter located down there. They didn’t stay at the shelter as it was occupied by some fellows who really didn’t leave much space for others, but they did locate a legal, impacted site to set up their tents. On day three they explored the Dry River Falls and some spur trails which led to some old shelter sites. From one such site they used map skills to discover where they were and where the official trail might be. A small ravine and lots of downed trees separated them from the Dry River Trail but a possible bushwhack and reading terrain with the use of a map were discussed. Just returning via the trail sounded like a better idea this time so that’s what they did. The fall leaves obscured the trail and steep detours around washouts didn’t look much like trail either. This provided excellent opportunities to improve trail spotting skills and orienteering. Knowing what to look for when you’re not sure you’re on trail or where it goes is a great confidence booster. Anne was a great student and picked up on it quickly. They found a sweet spot at the river to eat their lunch and soak up the sun on this amazingly balmy late October Sunday and then continued their way back to the trailhead after a satisfying experience. 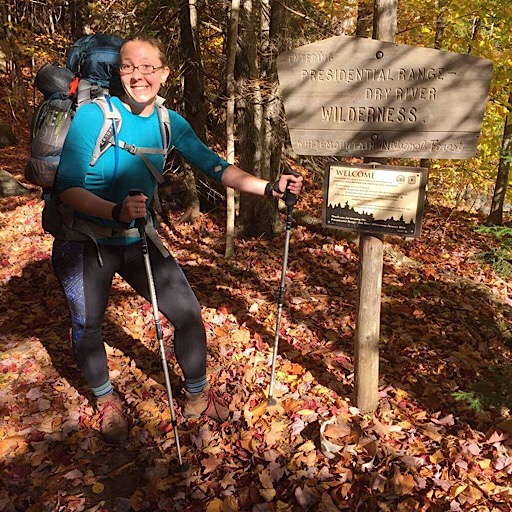 Before: Anne starting out. 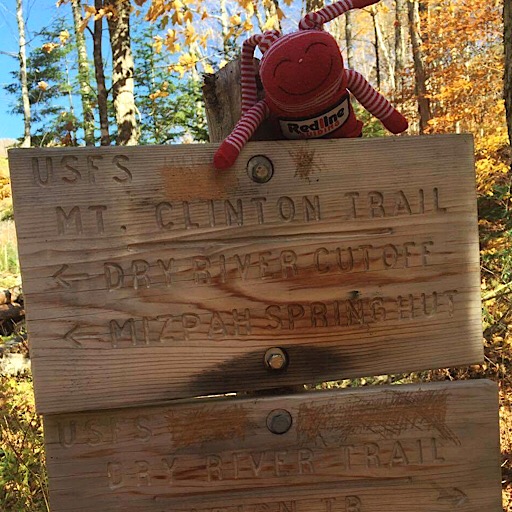 This trail has much improved. 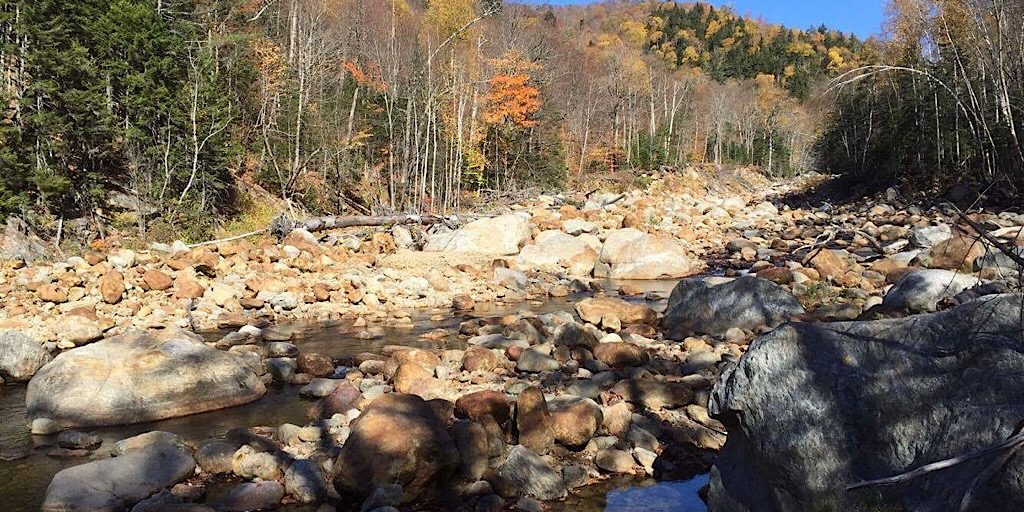 The Dry River is shockingly much drier than usual! The beauty-factor is still wow. 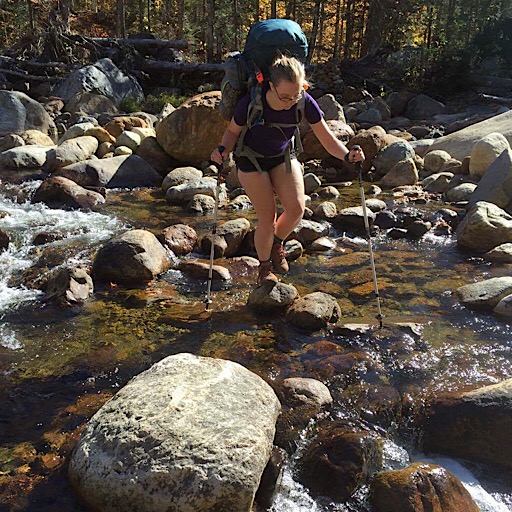 Anne crosses the river — but never one so wide! 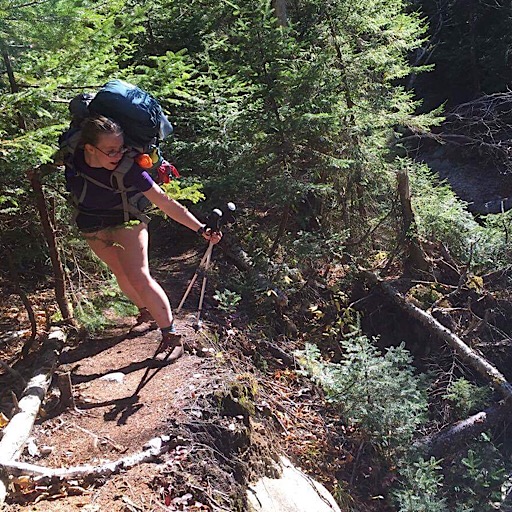 Challenges presented themselves, though. 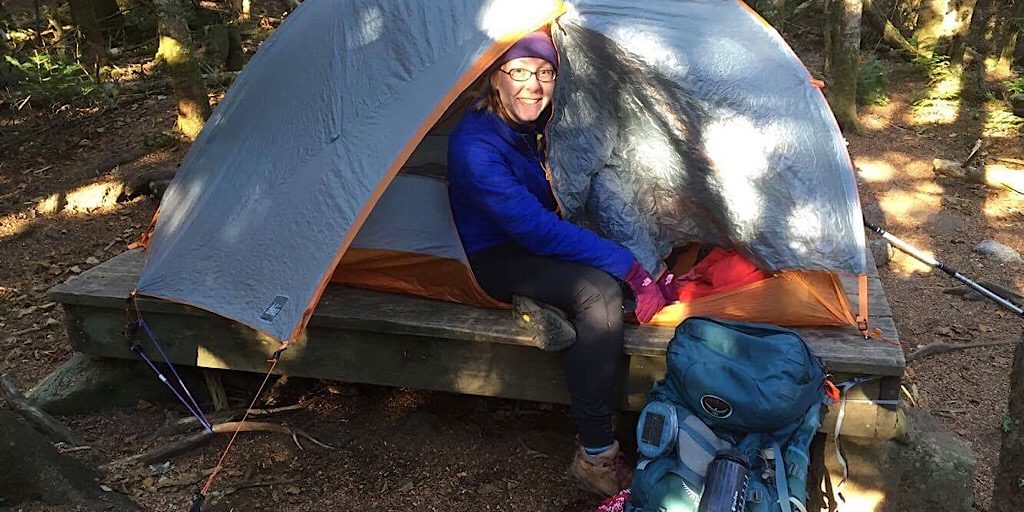 After an awesome day one, they settle in at the Nauman Tentsite. 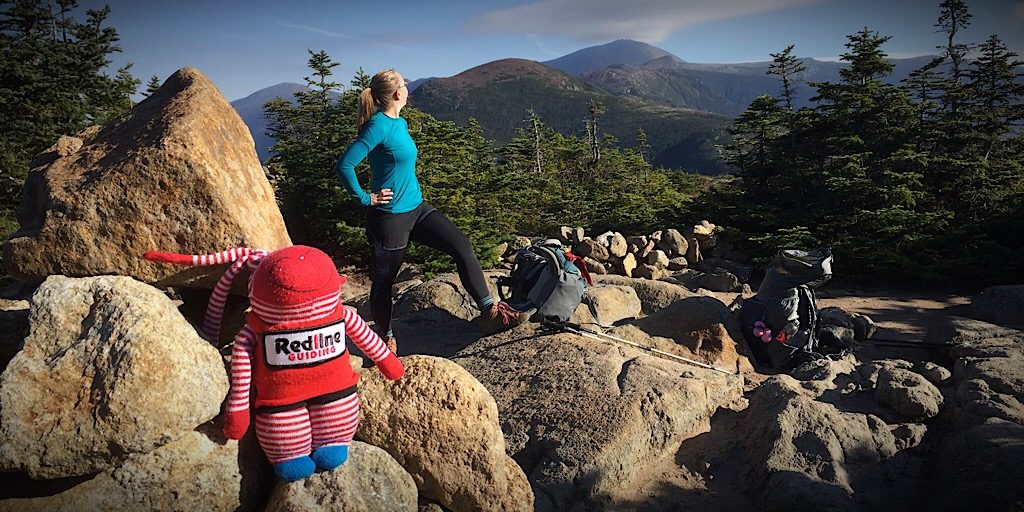 Near the start of day 2 on Mt Pierce. Note Guide Intern “Red” in the scene. One of Artlette’s creations. 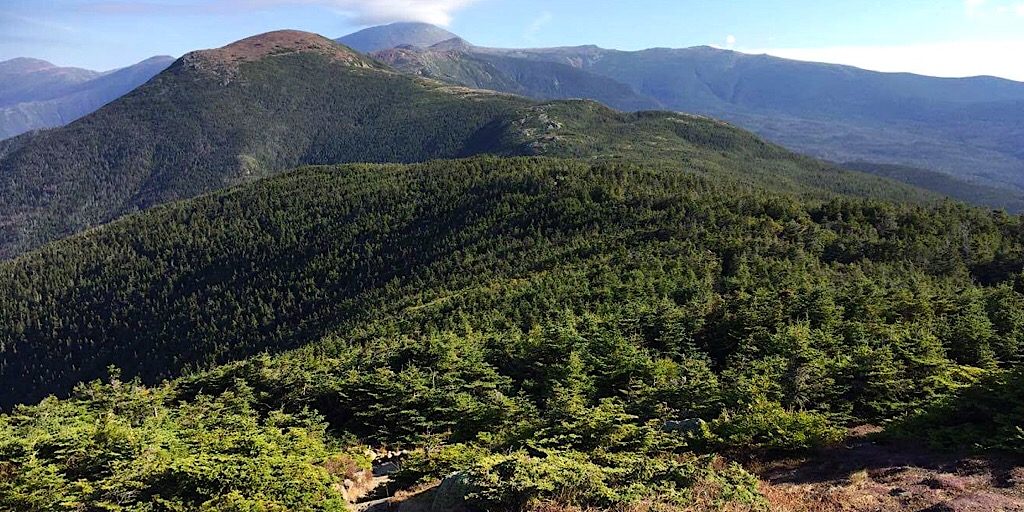 The southern Presidentials are ahead of them. Awesomeness awaits. 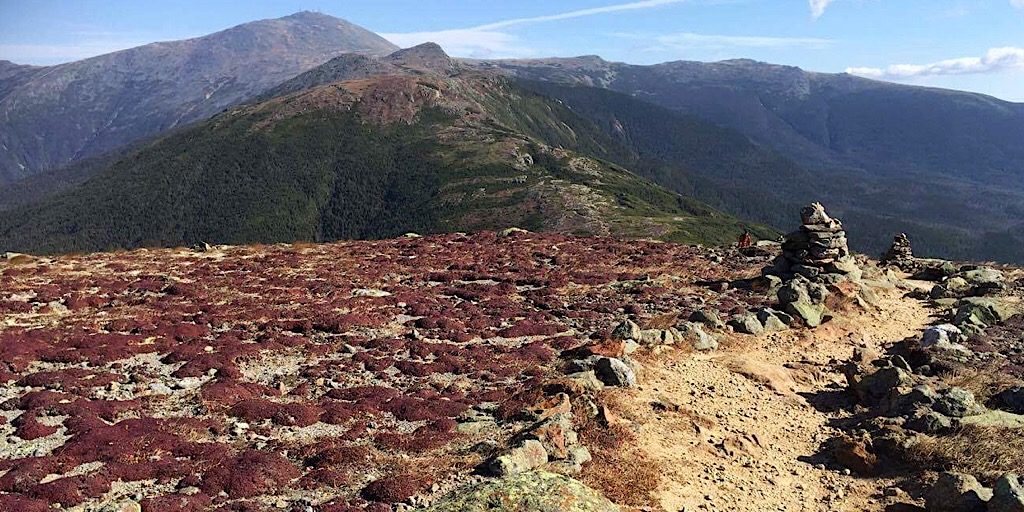 Such amazing weather. Breezy, sunny, and beautiful. Great temperatures, too. 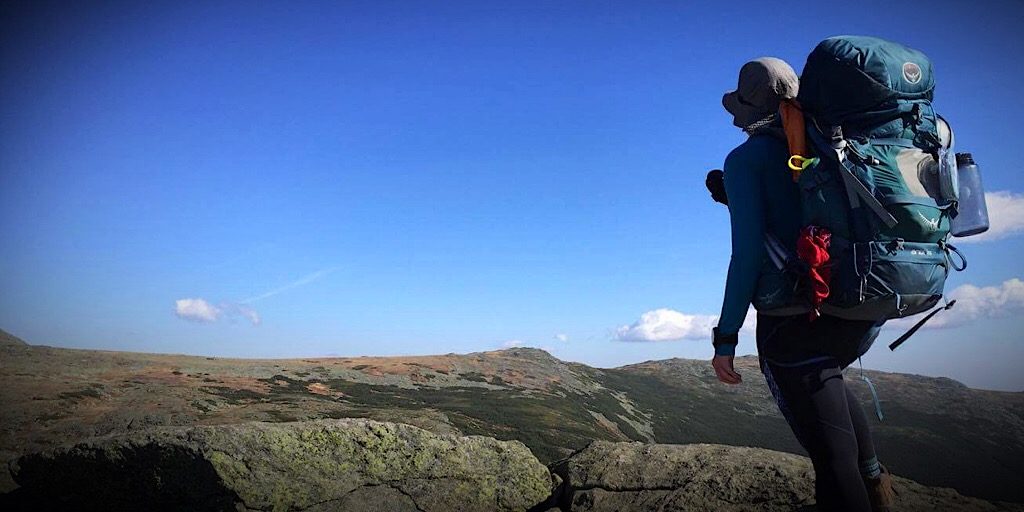 Anne taking it all in. We understand. 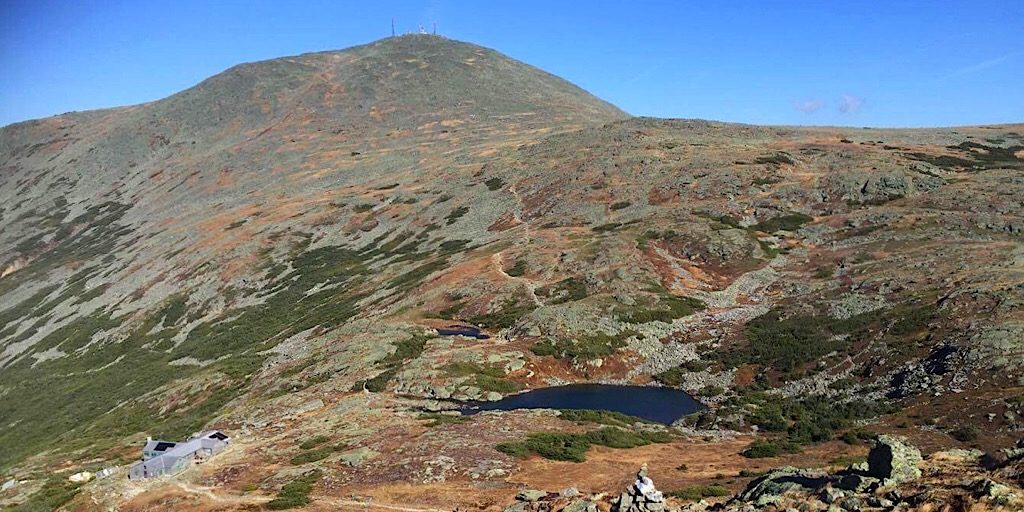 Mt Washington — our tallest peak at 6288′ — looms ahead, but after Monroe they descend. 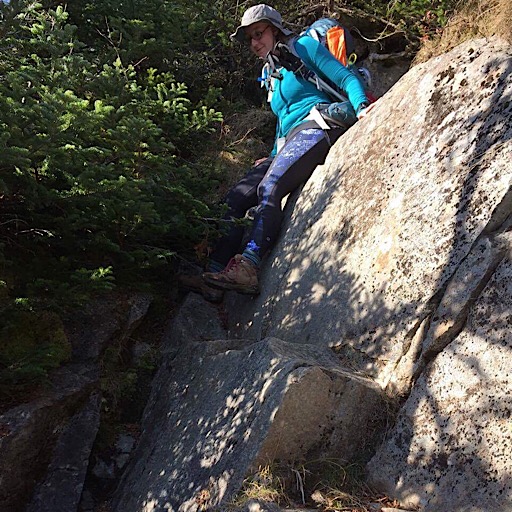 Steep bits up the challenge. 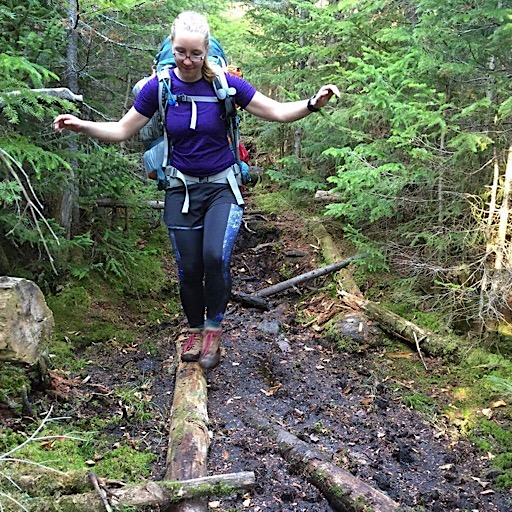 Imagine this section during the wet season! 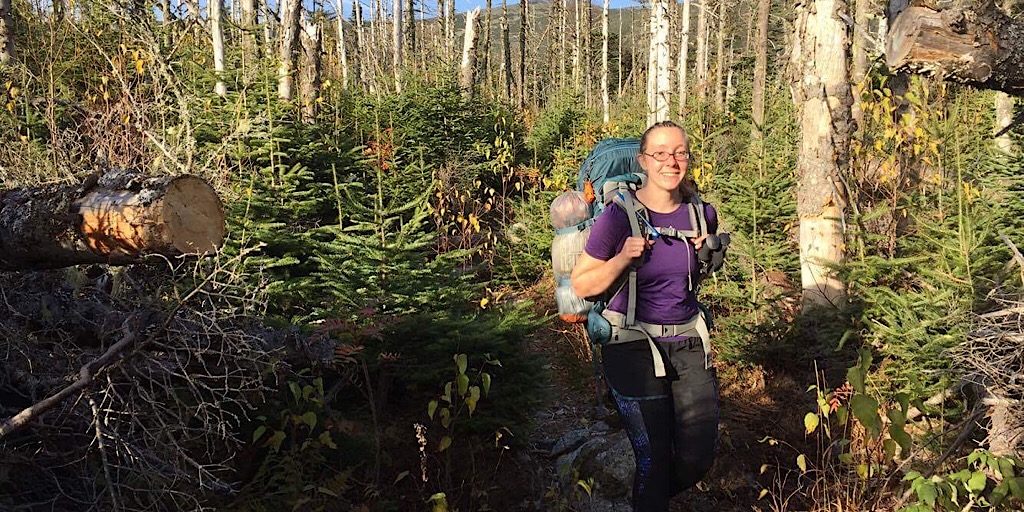 Such a pretty wilderness forest. 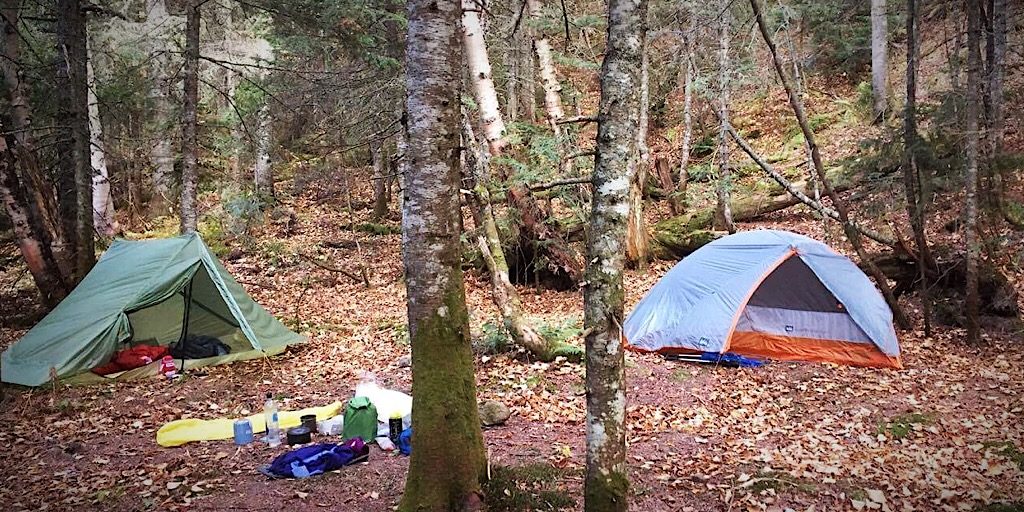 Night two. This is Anne’s first time spending more than one night out. 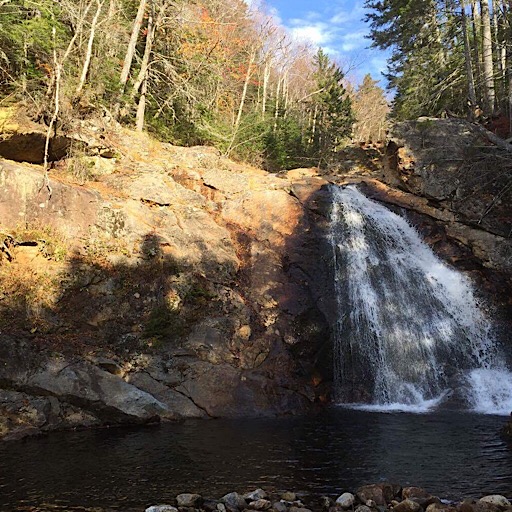 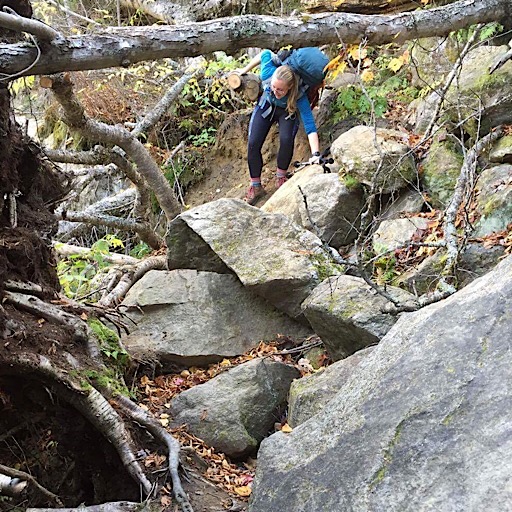 Rugged terrain is tougher with a big backpack. 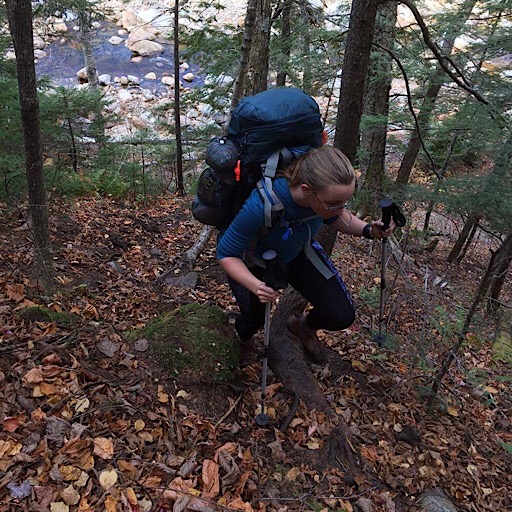 Pushing upward on a rerouted section. 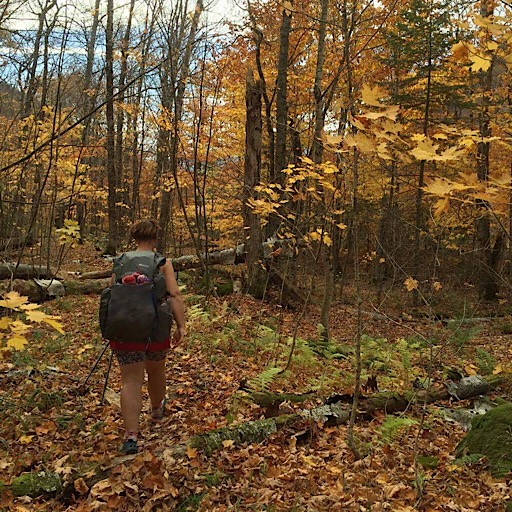 Arlette leads through a kaleidoscope. 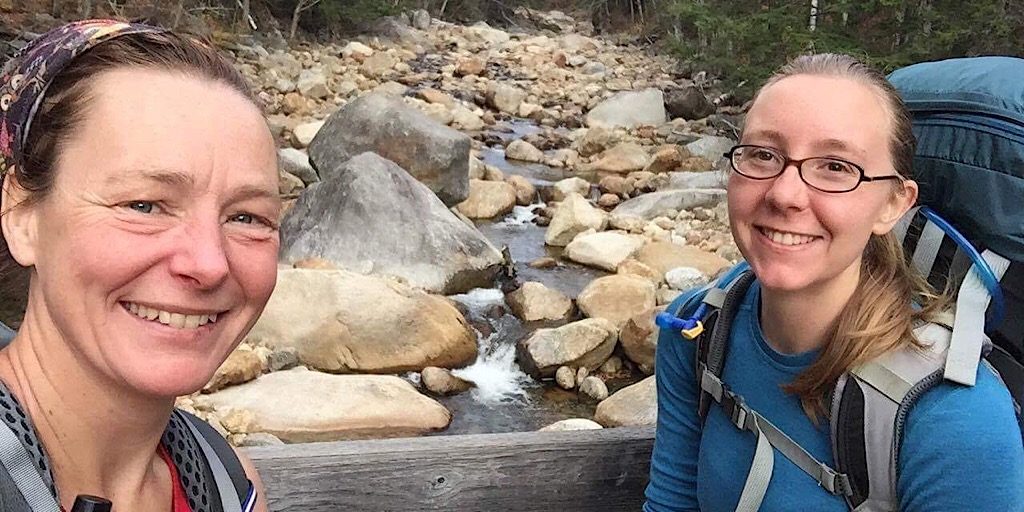 Tired, happy, and as the bridge indicates, it’s not far now. 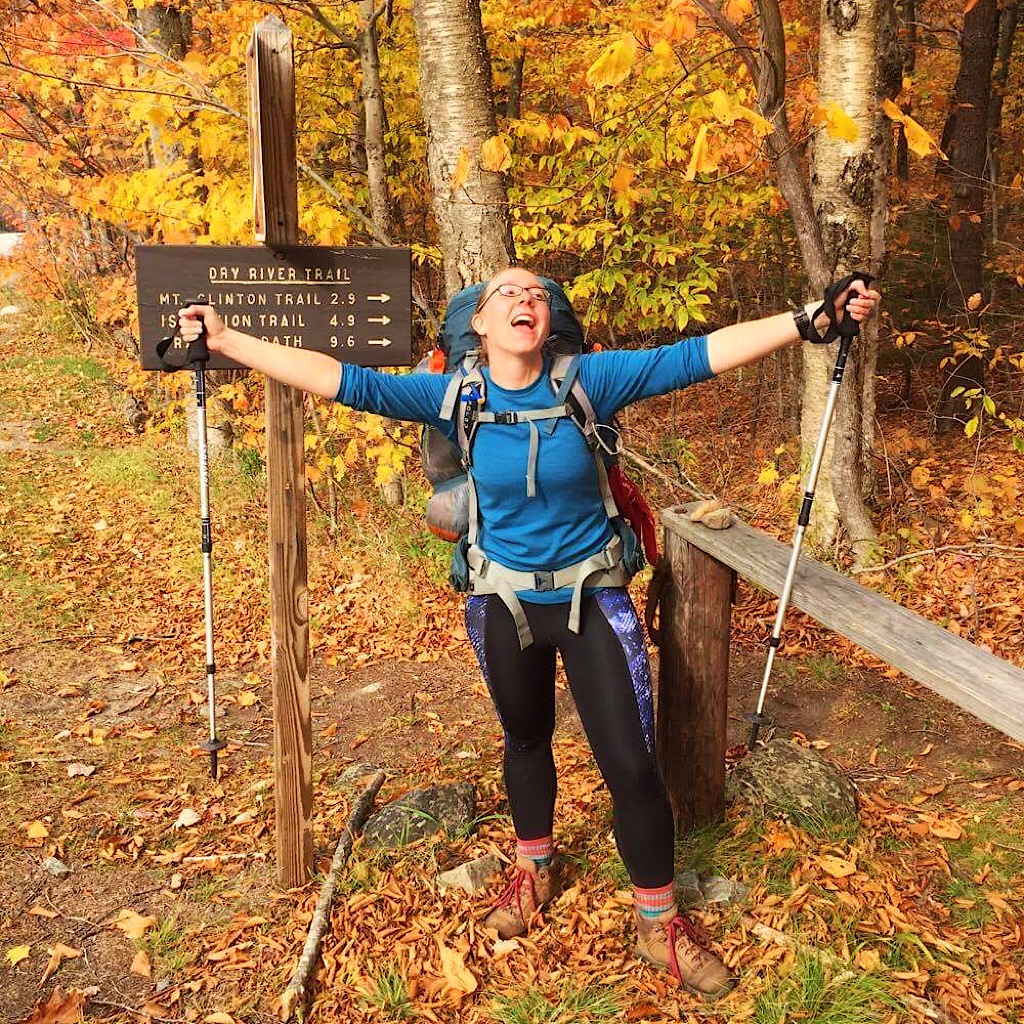 After: Arlette gets her out, no worse for the wear and still grinning from ear-to-ear.

Well done, both of you. Looks like it was a fantastic adventure.