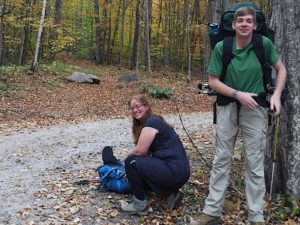 Named after Thomas Starr King, the summit of this 3907-foot mountain was the choice of venue for today’s bride and groom, Katie and Brian. It would hopefully provide views and they felt is was a place all their hiker and non-hiker friends and family could reach. Everyone did make it up there, so that was right on. The views, however, were lacking thanks to a low cloud ceiling. As we recall, though, there were no frowns to be found. It was a happy, beautiful ceremony in a very pretty place. Also pretty was the bride’s dress. It was made by the groom (he made his own outfit, too). Talented! And speaking of talent, there was… well, we think his name was Frank. He played a near-bodiless guitar and sang the most beautiful song prior to the actual ceremony. Very classy! Mountain top and wilderness weddings, we’re convinced, are the best.

Scenes from the Hike

A sunny day it was not. But there was a bright happiness in the air. It’s a wedding day, after all. 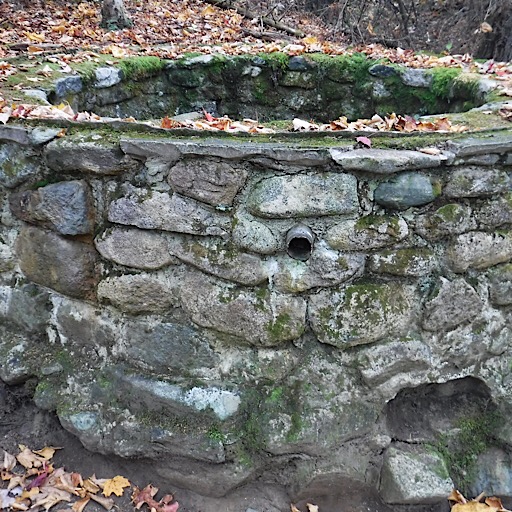 The lower well. Make a wish. 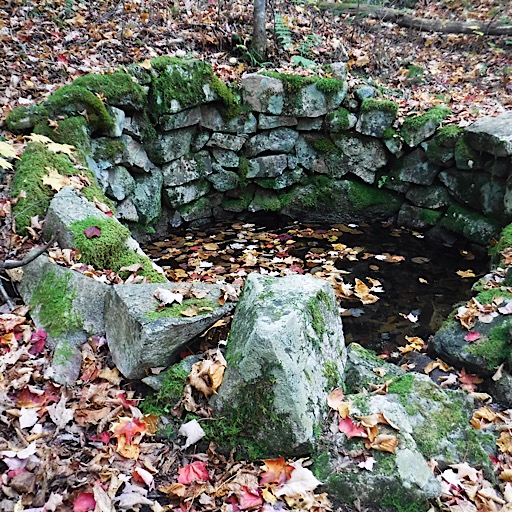 The upper well. All is well. 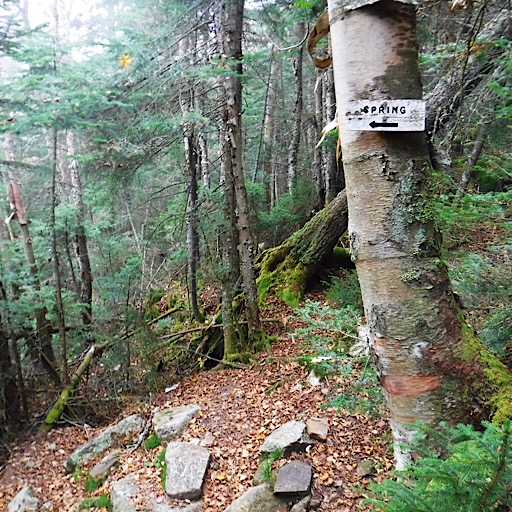 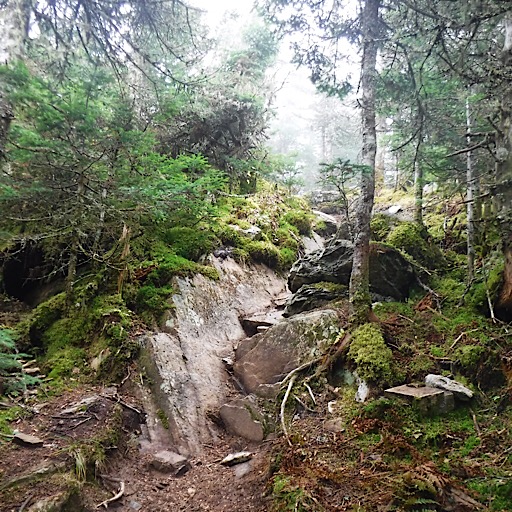 Making it to the Top

In waves they went. First there was the advanced, advance team. This was mainly parents and non-hiking friends. Next was the advance team that was composed of slower hikers and faster non-hikers. This was followed by the bride and groom and their posse of hiking friends. Our wedding officiant, Mike Cherim was with this latter party. Since he wasn’t guiding, however, he flew to the top on his own landing first with time to cool down and enjoy the mist. 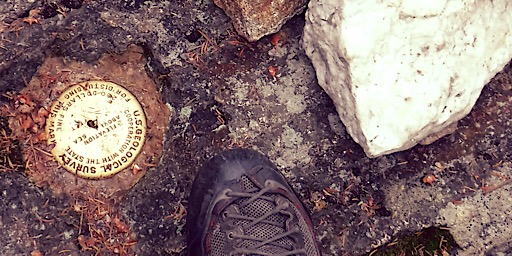 Scenes from the Wedding

What a great bunch of people. Laughter and smiles, the warmth of love and friendships kept the chills away. 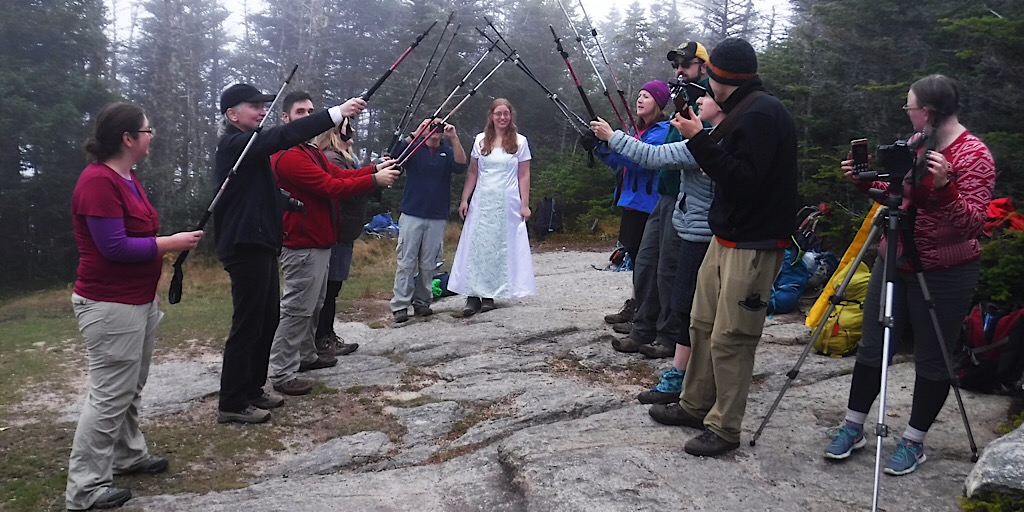 Much like a finisher’s gauntlet… but at the beginning in this case. 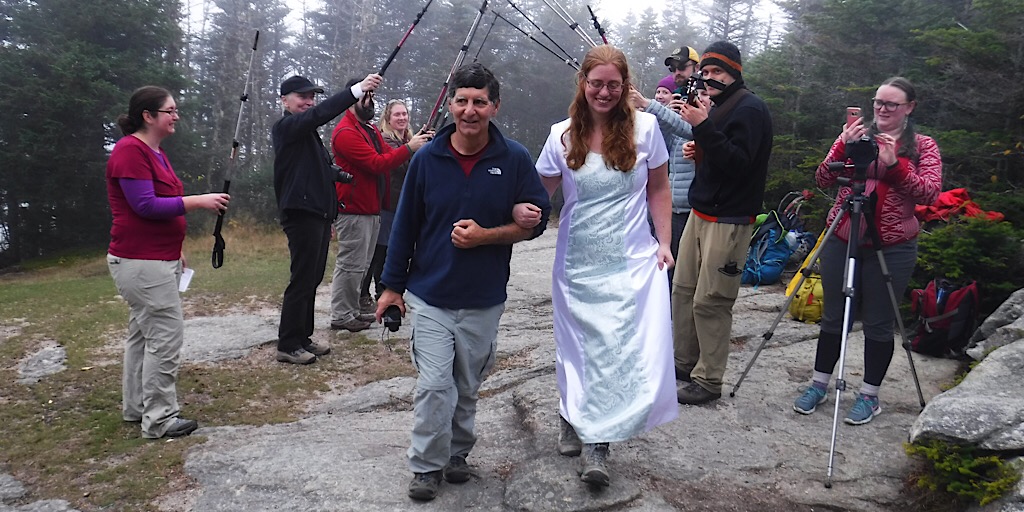 Dad giving away his little girl. 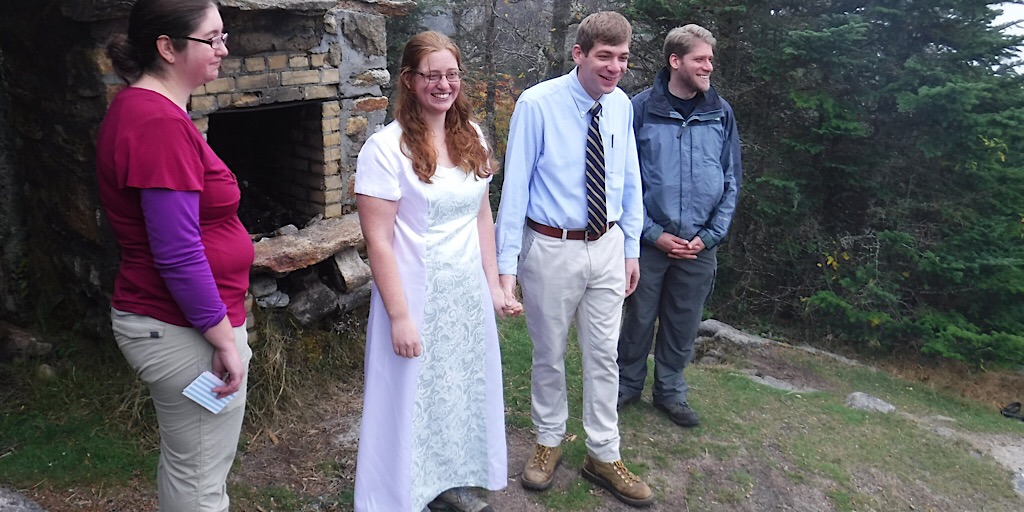 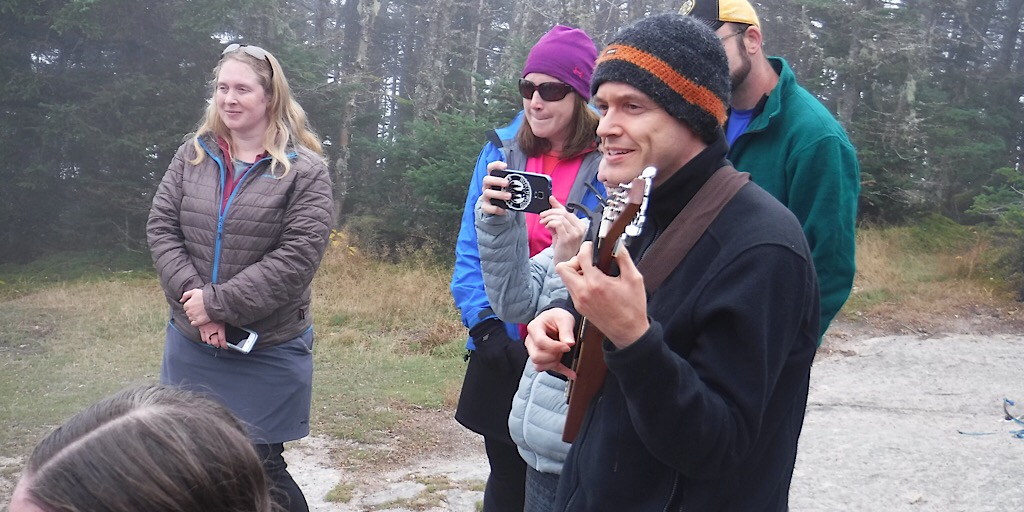 This guy! What a mood setter. He should do it for a living. Simply lovely vocals and music. Bravo. 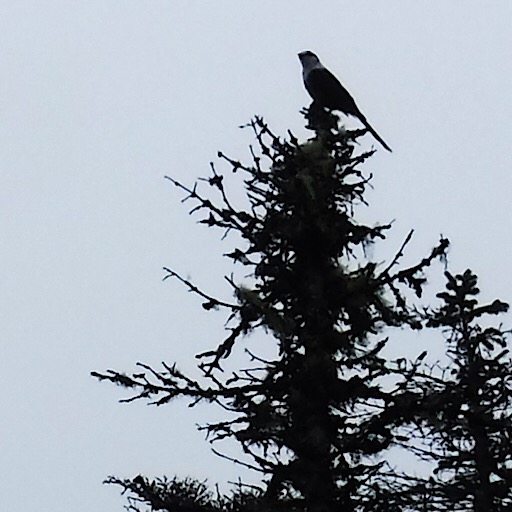 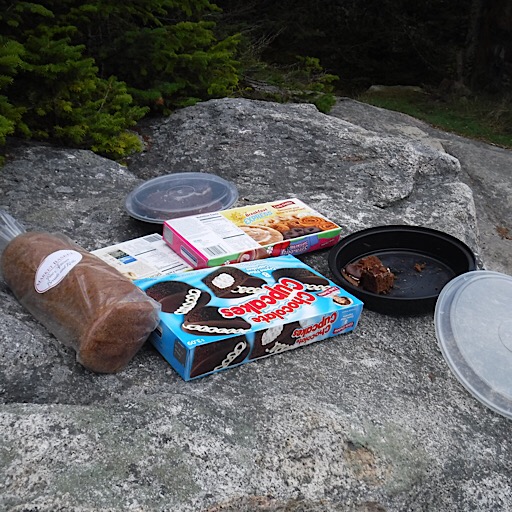 The beginnings of a wedding bash.. 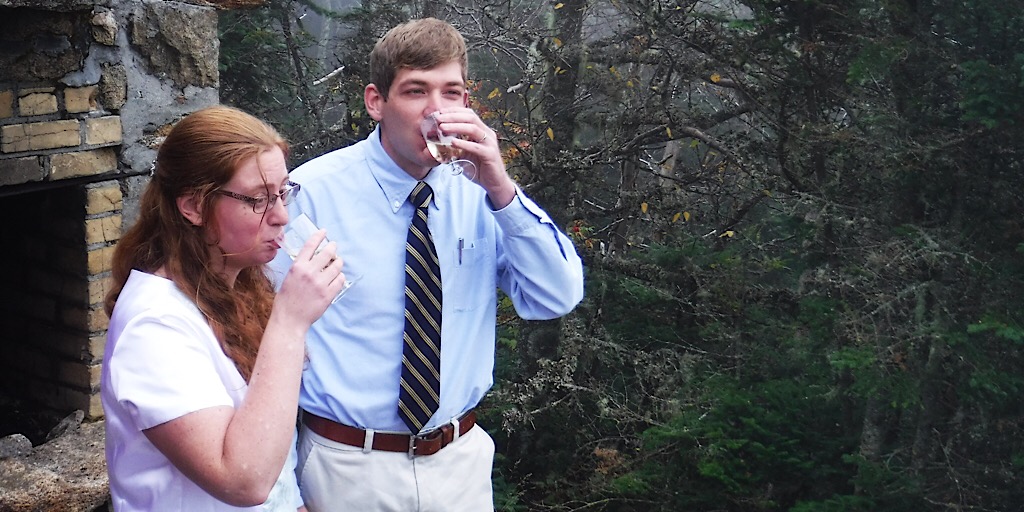 Congratulations Katie and Brian. May you have a lifetime of happiness together.