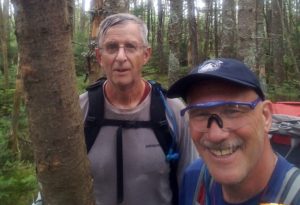 Made it. The two men worked for this one.

Or to more properly quote our returning guest and New England Hundred Highest pursuer, Bob, “Orange [F-expletive] Canister Hike.” We’ll credit Bob for coming up with an original name, but we know many have given this tight, gnarly bushwhack to New Hampshire’s infamous Scar Ridge very similar monikers. Of which at least half include the same sensored word to describe the ascent of this 3775-foot Mountain which ranks in at number 97 on the list.

Again Bob, whose actually been on several hikes with us now (and many more planned), was paired with Redline Guide Ken Hodges. The two fellows are fast becoming friends, we daresay. Both seem to enjoy the other’s company. We love to see this happening. When we hike we become a team. A bond forms. We know.

As usual Ken took some photos of the trip and had these things to say about it:

On Wednesday, August 2, Bob and I set out to hike the last of the New Hampshire peaks on the New England Hundred Highest list Bob needed, the 3775-foot Scar Ridge. This is a mountain that this intrepid guide declared he would never climb again after the first time 6 years ago. Today was my third visit! We set out under blue bird skies up the steep slopes of the Lower and Upper Walking Boss ski trails on Loon Mountain, stopping occasionally to catch our breath and take in the views that stretched from Mooselauke thru the Kinsmans and Cannon and the entire Pemi. We found the herd path near the summit partially blocked by brush (I assume to keep skiers out as it is posted “Out of Bounds”). The cairn was also gone but I replaced it. We followed the herd path until just before the point where it heads north to Black Mountain. From there we found a series of herdpaths [it wasn’t like this last time we did it), sometimes very faint, that took us to the summit and its bright orange canister. We enjoyed a leisurely break there though we could hear rolling thunder to the north before starting back down. On the descent we went off the faint path twice but the compass put us back on it soon enough and the rain that hit other areas never appeared. We got some bug bites and scars to remind us why it’s called Scar Ridge but I’d do it again. It’s on to Maine for Bob and I —Ken Hodges

We’re glad Ken’s willing to do it again… never know, someone might just ask for it… Next please! 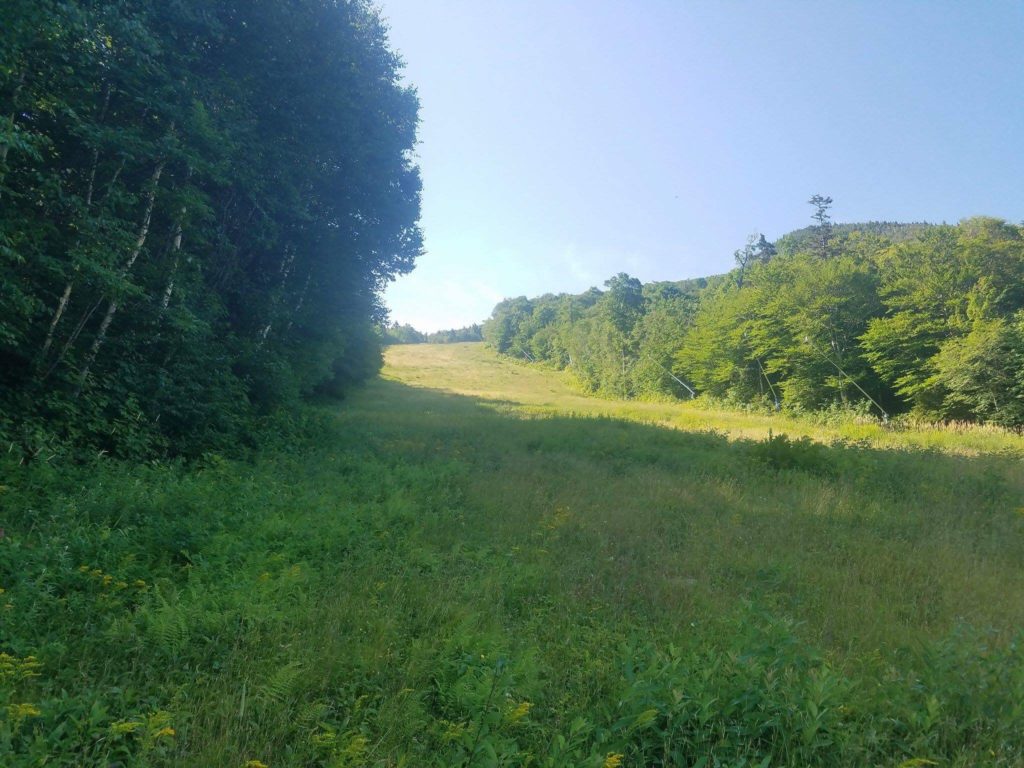 This hike begins on a Loon Mountain ski trail. The downside to this route on a hot day is the limited shade. 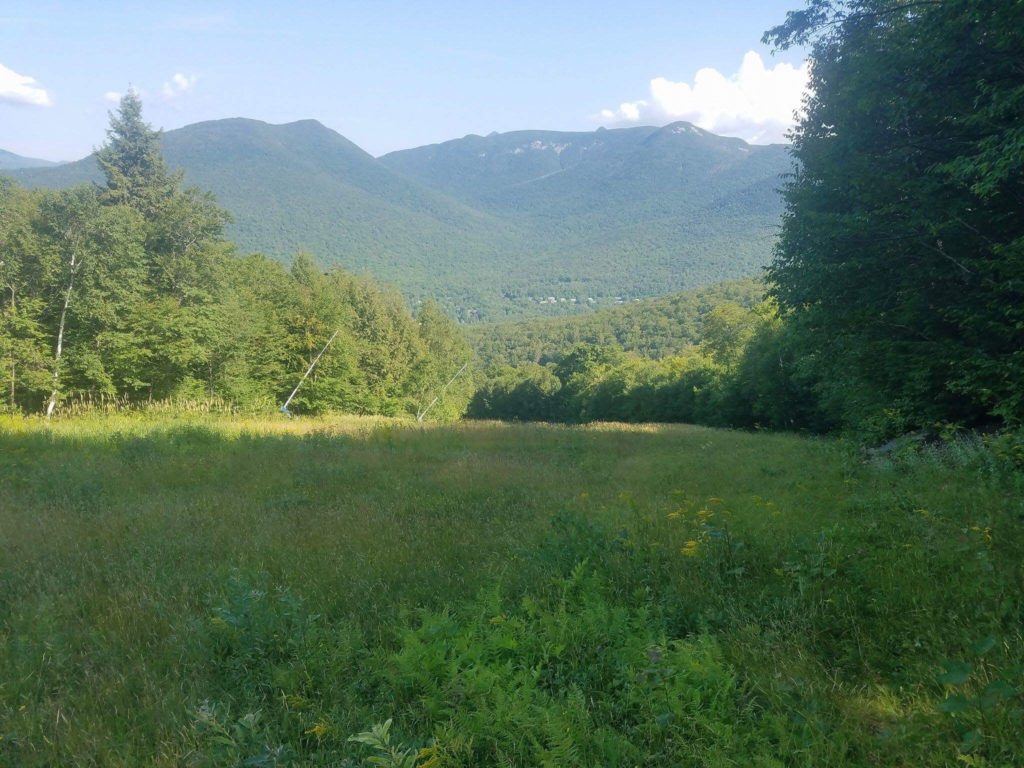 The upside to this route, however, is persistent views and oftentimes a plethora of wild berries. 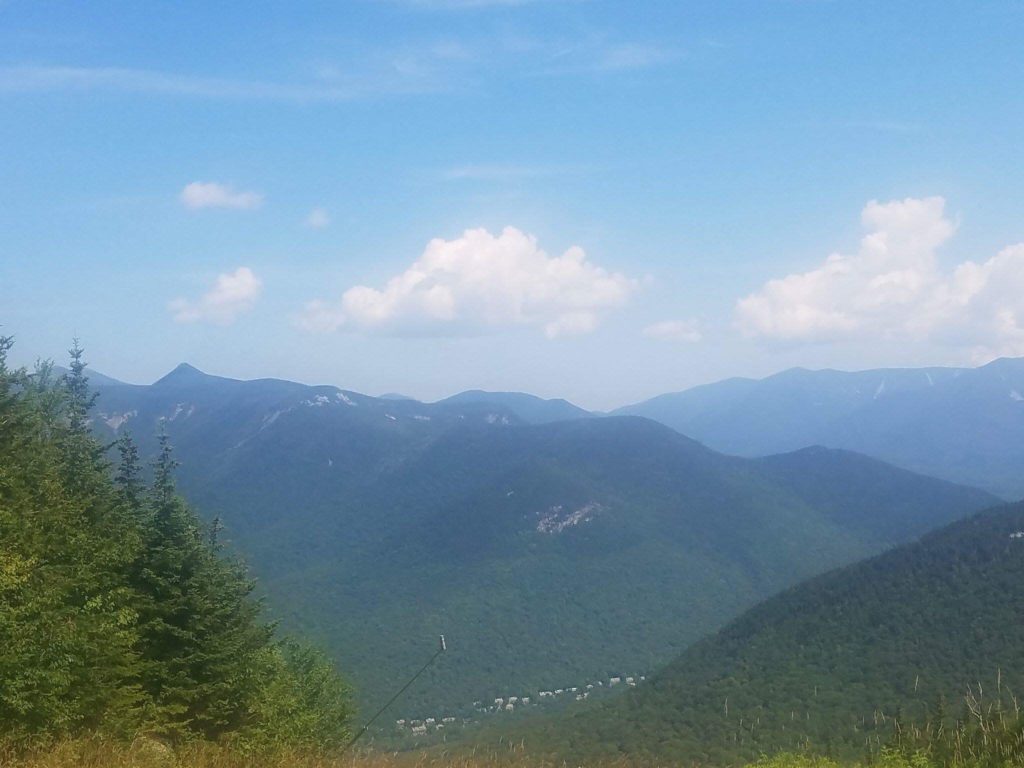 Views like this, for example, as shown from the top of the ski area. Let the bushwhack begin. 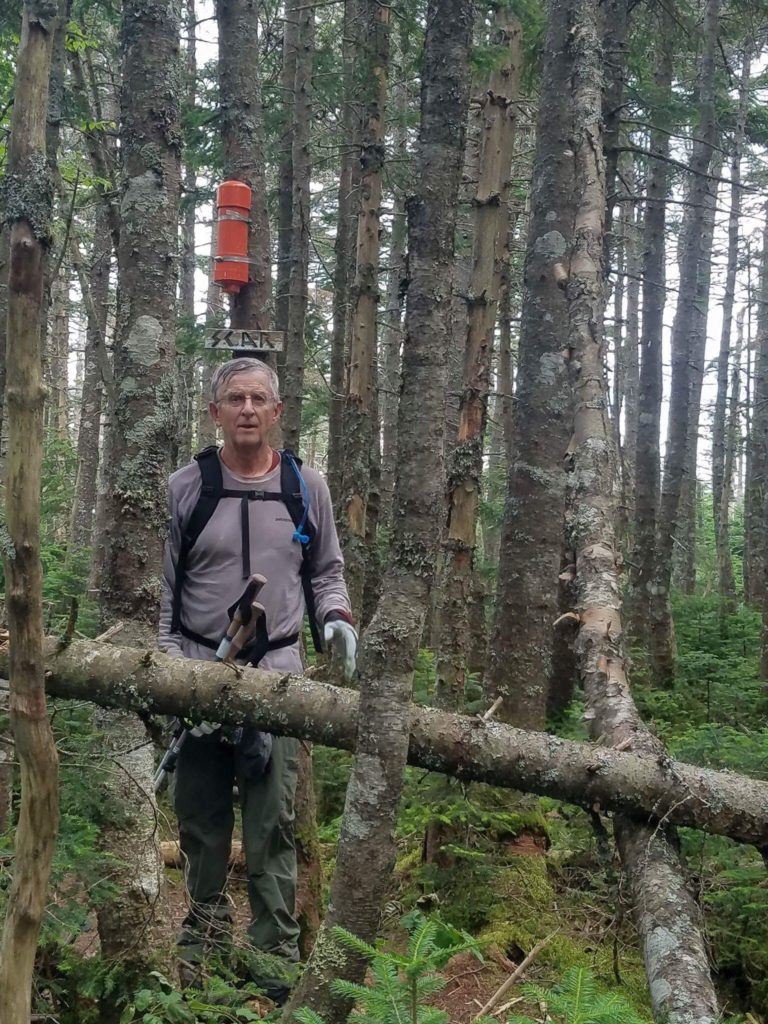 Fast forward to the top. Well done, Bob. The list is done in New Hampshire. On to Maine! 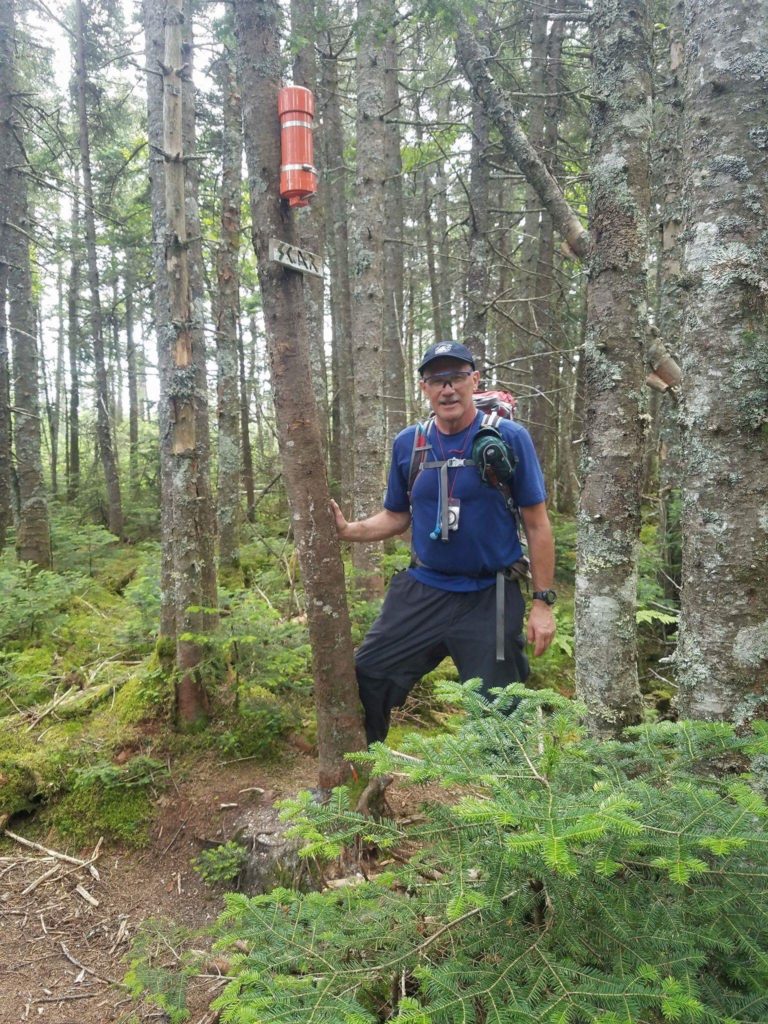 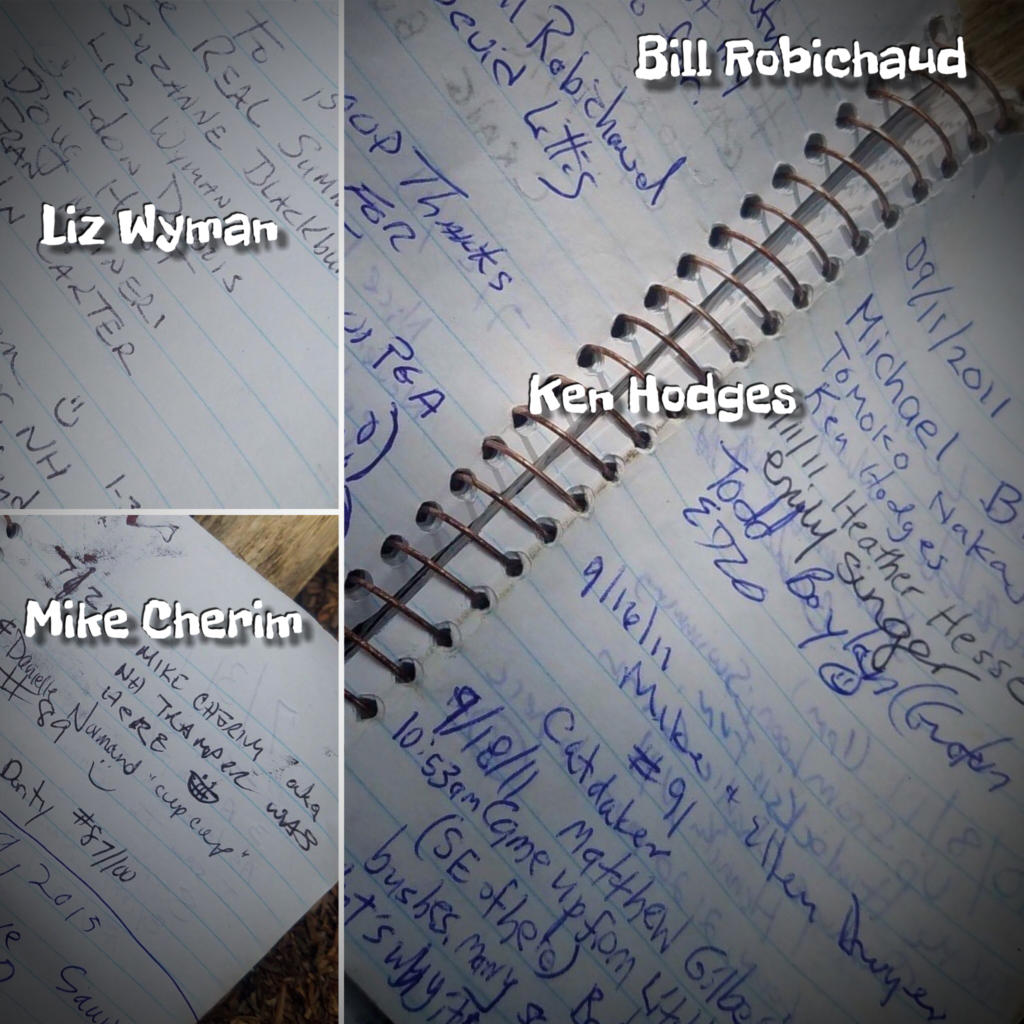 Ken noted that a few of us had been there before… Redline Guides represent!