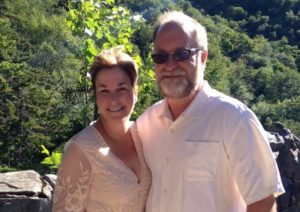 Tom and Tracy made their way along the river, slowly but steadily edging closer to the massive waterfall. The 64-foot drop is awe-inspiring and terribly dangerous to anyone who might get too close. What were they doing? As the couple moved ever closer it appeared to all who where there that this couple was about to take the plunge!

Nobody was alarmed, however, and nobody shouted stop. The reason was, as it turns out, is that is couple had already taken the plunge… like 27 years ago. They were just, basically, reconfirming that they had no regrets and would do it all over again.

And we were there to help. Owner and Justice of the Peace, Mike Cherim, was on scene not to stop them from the falls, but to help them re-new their wedding vows (it’s one of the services we offer).

Congratulations Tracy and Tom. May you enjoy many, more more years together. See you at your fiftieth! 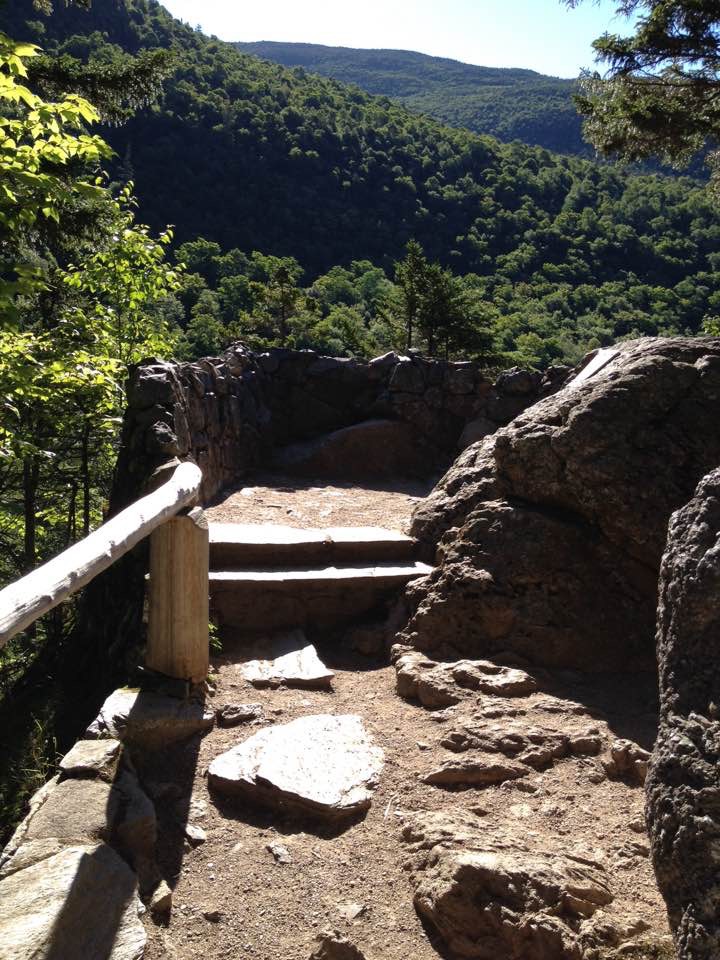 A fine altar, it is. 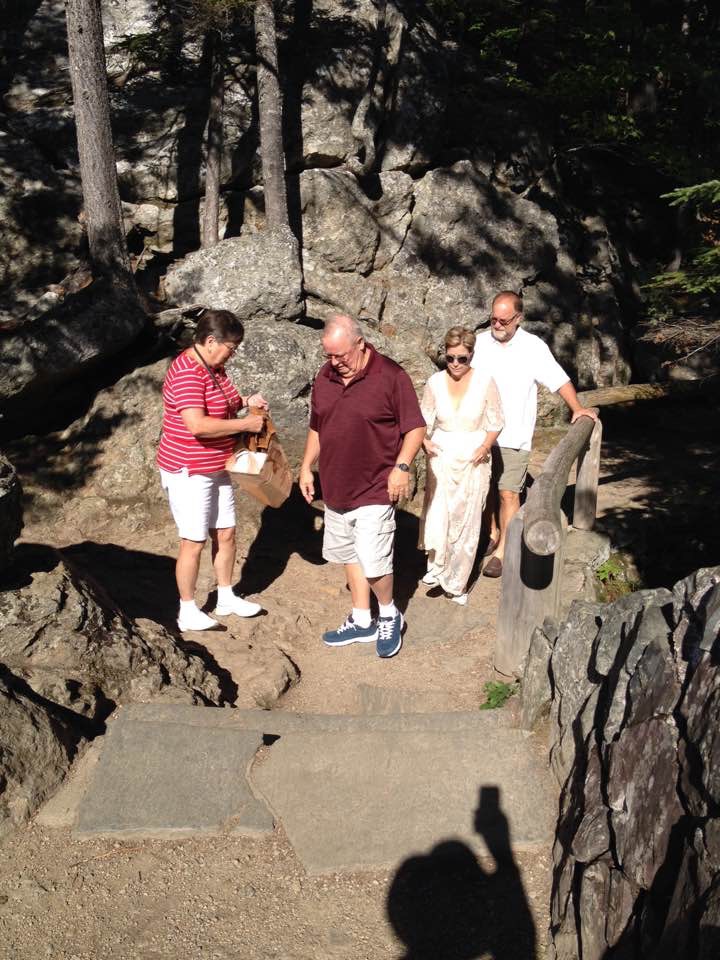 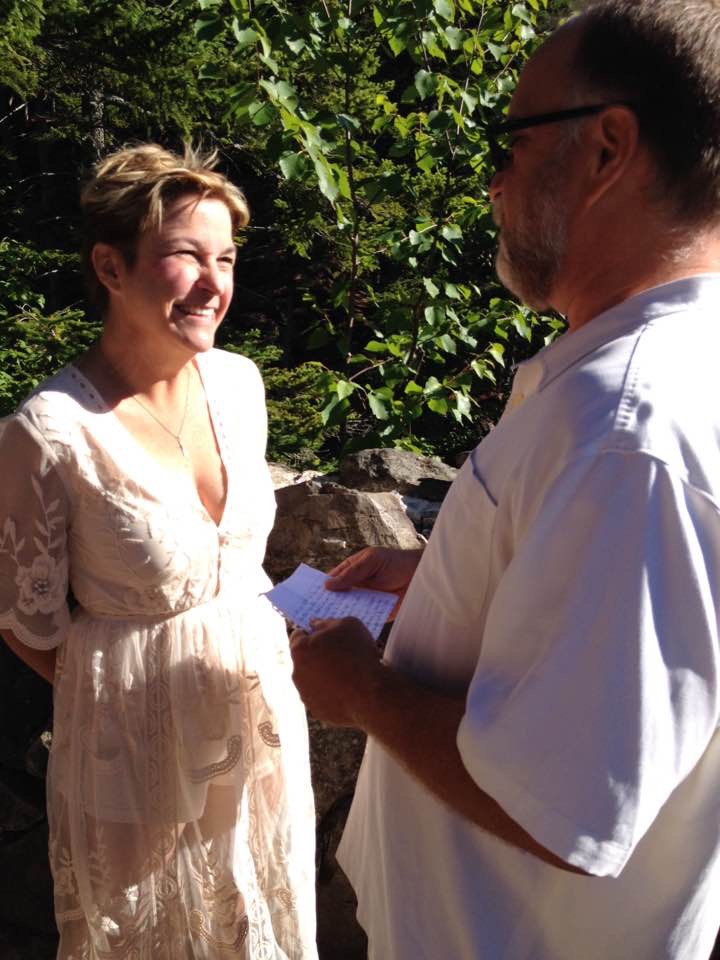 Look at her smile. It says it all. 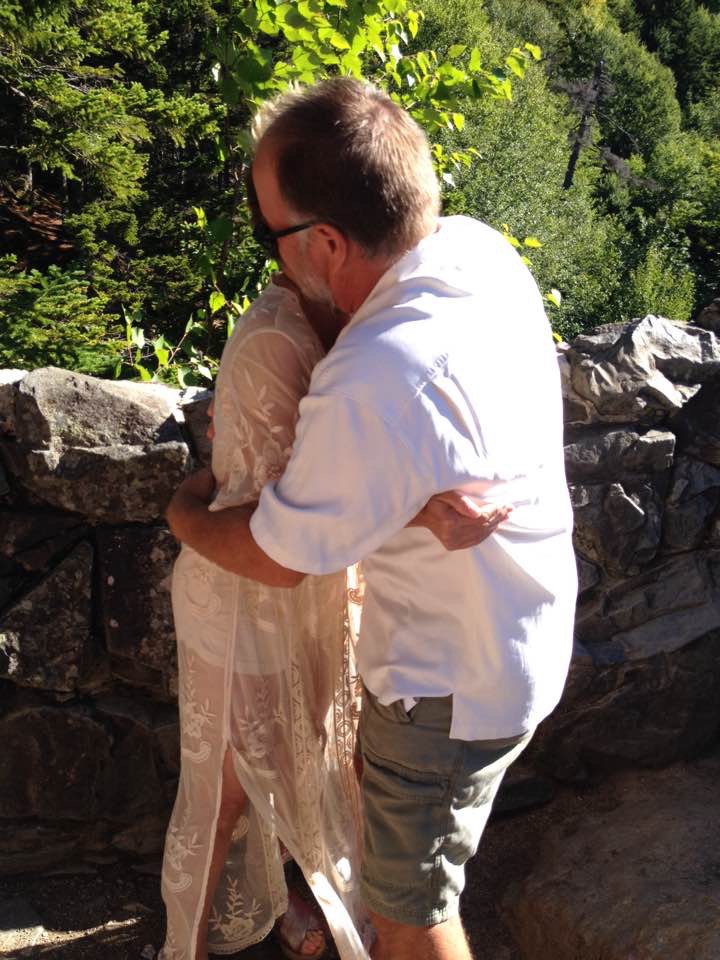 Bring it in… let’s make this official. 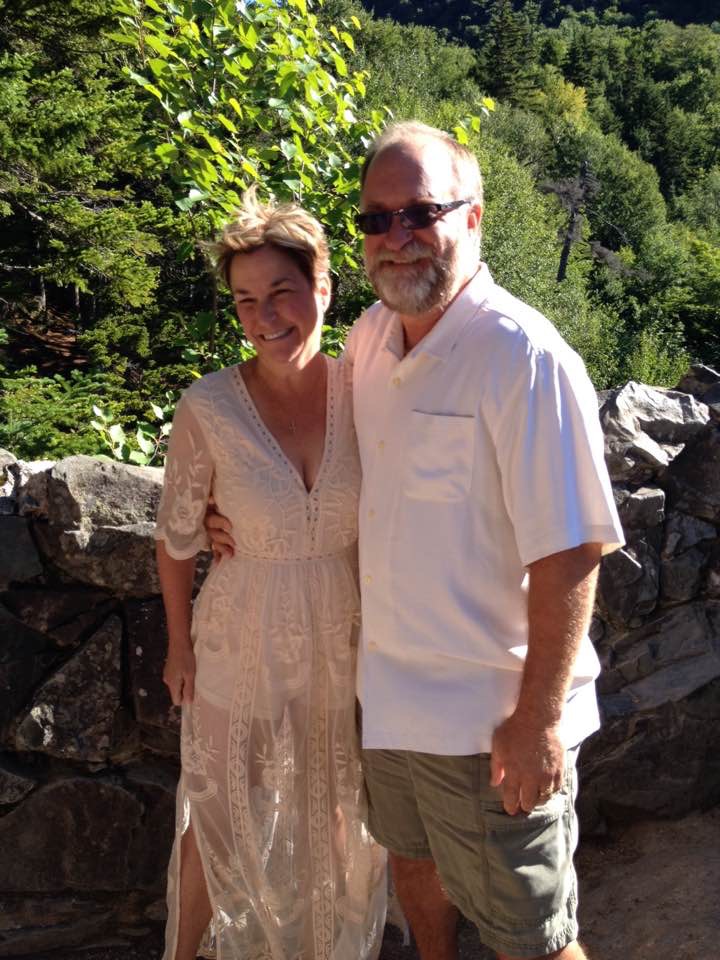