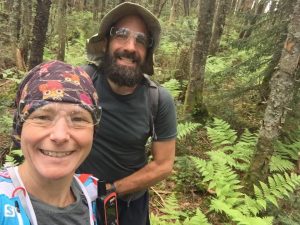 The New England Hundred Highest peaks, that is. And it’s something Redline Guide Arlette Laan has just completed along with her husband, Rich. This list of mountains — many of which are trailless — is made up of peaks in Vermont, New Hampshire, and Maine. What follows is a short summary and some photos of her finishing trip on New Hampshire’s Scar Ridge (which for those who don’t know, is a dense, challenging bushwhack).

Here are Arlette’s words on the matter followed by her photos.

Done and done! Scar Ridge for 100/100! We hiked the little gravel road up to the ski slope which was very steep, hot and crazy buggy. Bring a head net so you won’t have to wear your dress on your head like I did. We entered the woods on top of Loon (figured out later we should have entered a little lower). We soon crossed a trail but thought it would go the wrong direction. When we saw it again we followed it until the ridge line at which point we turned right and started our bushwhack. We followed herd paths on and off after the swampy area, all the way to the summit. It was not as thick as we expected. On the way down we weren’t paying as much attention and got off course a bit. Just after finding the herd path again we saw three other bushwhackers coming up. We exchanged information all the while being eaten by bugs. When we got back on the nice trail we followed it all the way to the ski slope and exited just below where we had entered. There is a ‘out of bounds’ sign. We went back up to retrieve our trekking poles and then set off on the steep down hill. Luckily it was a bit more overcast and less buggy. About 6 hrs round trip. We had expected a horrendous bushwhack but didn’t think it was all that bad. I may however have flung a few curse words at the rotten logs. —Arlette

Sounds like a fun adventure. Thanks Arlette, and congratulations to you and Richard, both. 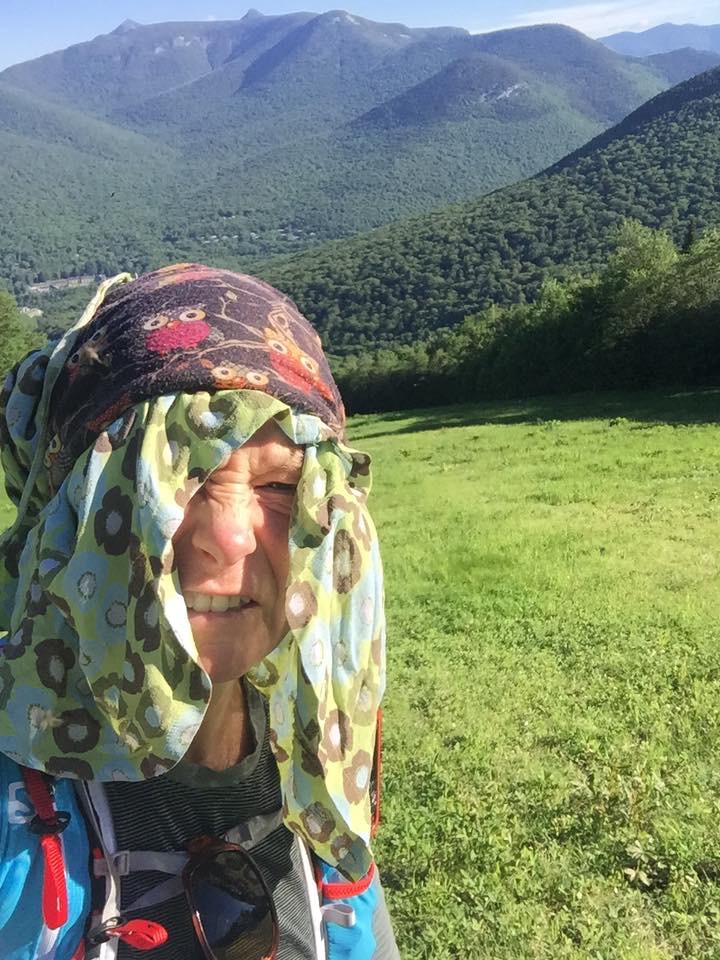 Starting up to the ridge via Loon Mountain, Arlette defeats the bugs with her “dress hat.” 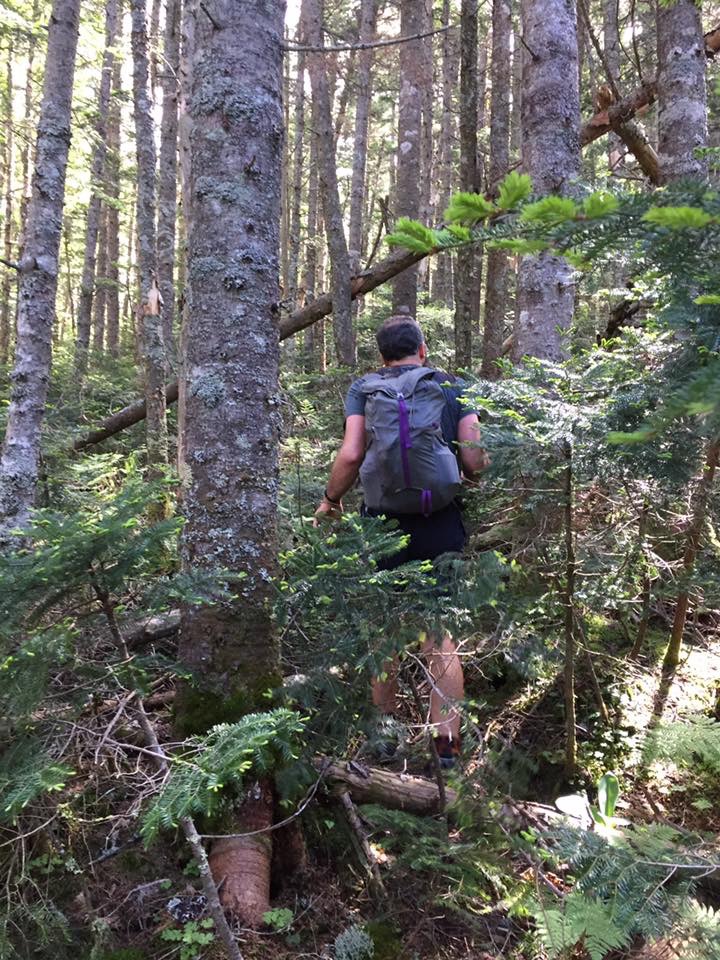 Rich during the bushwhack. Putting those navigation skills to use. 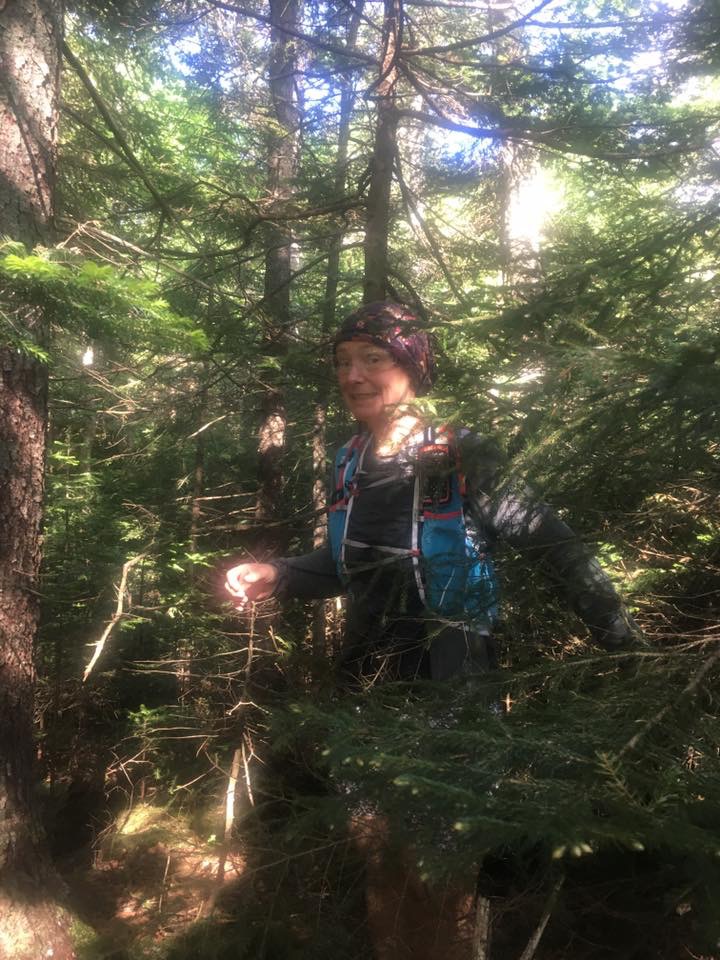 It’s tough going in places, but it sounds like that didn’t hold them up too much. 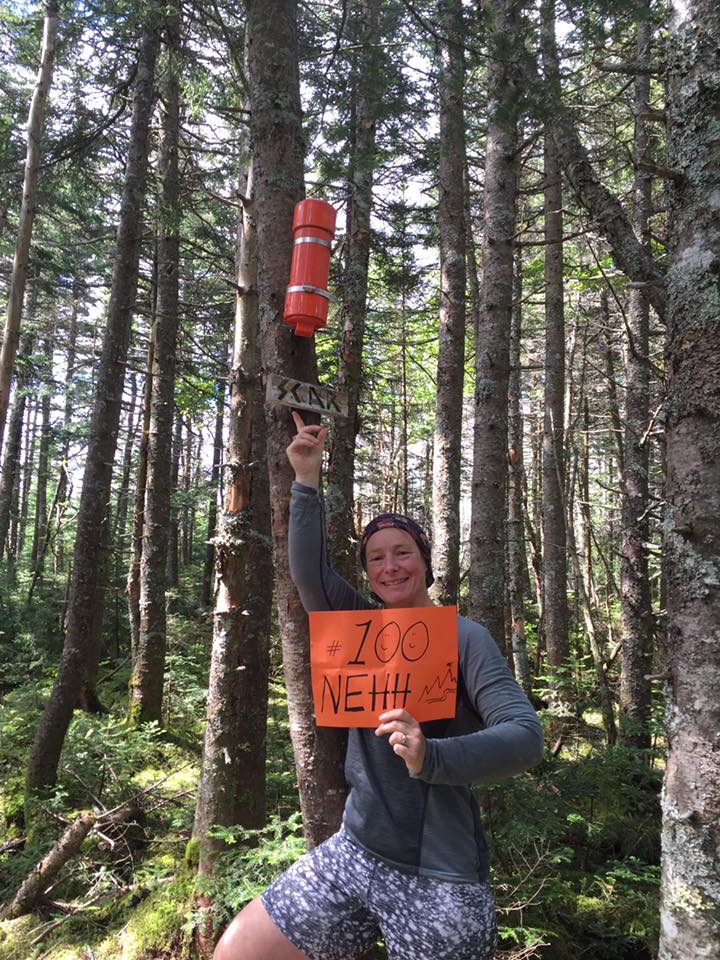