A little while ago the Appalachian Mountain Club published the 31st Edition of the AMC’s White Mountain Guide Book. There was talk of modifying the list now that GPS technology continually improves and LIDAR allows us to “see” like never before, but thankfully for peakbaggers, it did stay the same. Well, mostly. The 48 mountains listed remains the same, even though one of them, Tecumseh (grandfathered), dips down below 4000-feet at 3995′. That said, there were many changes made to that list, as follows.

With exception to only three peaks — Mt Washington, Mt Jackson, and Mt Isolation — 45 of the mountains on the list have changed elevation values. Some are now taller than they were known to be, and some are now shorter. We tried to detect some sort of trend, but we found nothing.

There are two elevation ties: First Cabot and East Osceola are tied at 4161′, and Galehead and Owls Head are tied at 4029′. Mountains with tied elevations were listed alphabetically to be as fair and impartial as possible.

In light of this information we have updated the resources we manage. Specifically we made major updates to this article on Hiking the 48 4000-Footers of New Hampshire and the printable list PDF, also available on that page.

We did the best we could with this update collecting the latest elevations from the AMC’s 2022 (31st Edition) map set. If you spot an error or wish to make a general comment, please feel free to reach out to us (or respond through social media).

Feedback Given
“Note that the LIDAR elevation for Mt Washington comes in at 6,289 ft. It was decided to keep it at 6,288 ft. for the guide as that’s the well-known and long-time branding for Mt Washington.” –Ken MacGray (Editor, 31st Ed. WMG) 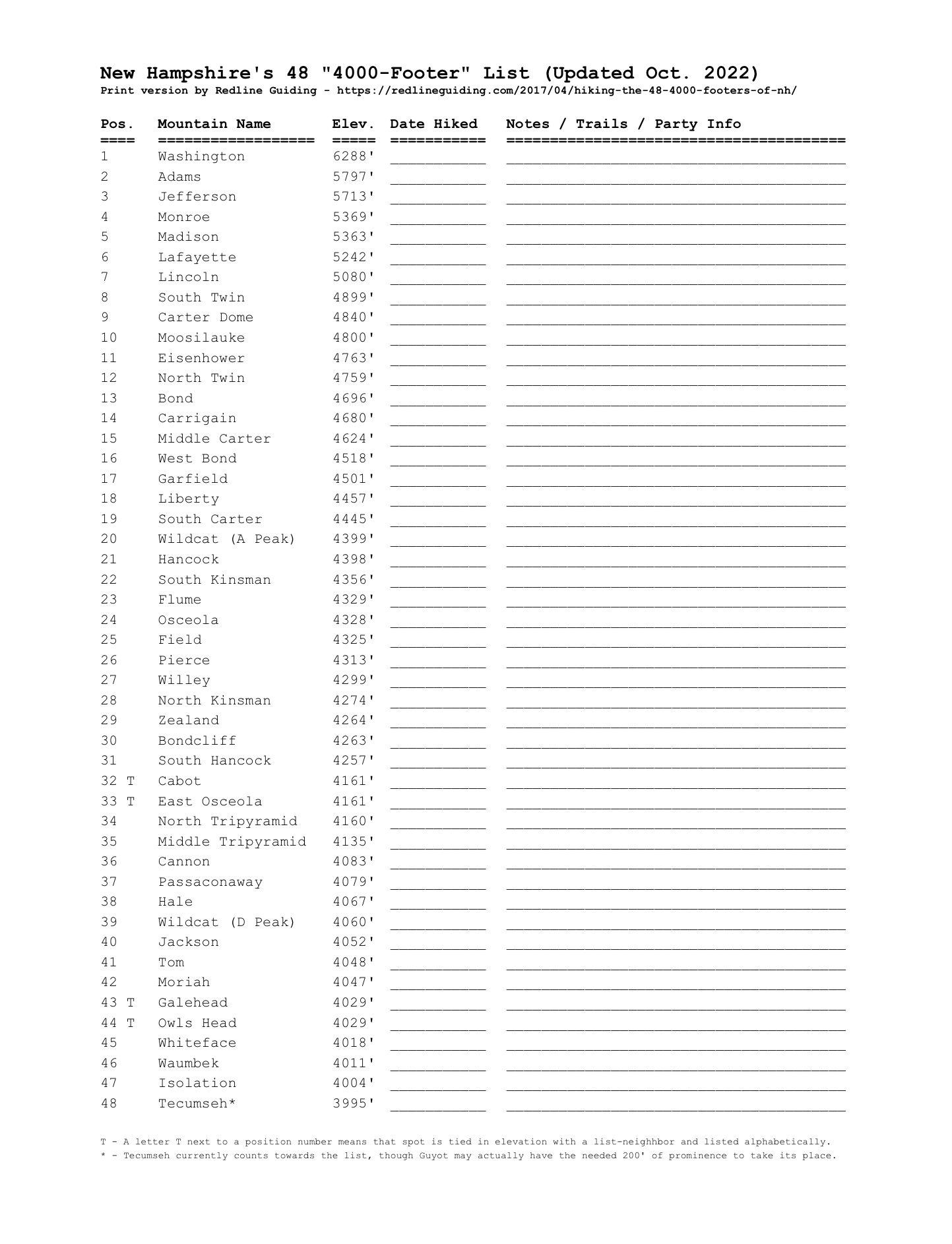