We had a few things going on this past weekend while a number of guides also happened to be unavailable for one reason or another. Thus, Redline Guide Pat Ferland was out there guiding on both days (even Mike Cherim was guiding, but that’s another story — one we’ll get to). The first trip was a returning guest looking for a companion on the Whiteface-Passaconaway standard loop using Blueberry Ledge, Rollins, and Dicey’s Mill trails (adding the Passaconaway summit loop, of course). All told about eleven-and-a-half miles. The first part, probably the part that prompted a call to us in the first place, was the notorious Blueberry Ledge Trail. Notorious might be a little strong as a descriptor, but the trail is on the Terrifying 25 list and it does feature some exposed ledges where a slip in some places could result in significant injury, or worse.

Pat’s other assignment was also on some notorious rock, this chunk perhaps more deserving of the “notorious” adjective. Specifically, he led two twenty-year-olds up Huntington Ravine Trail on Mt Washington. The two were fit and fast making short work of the awe-inspiring ravine. After topping out the trio made their way to the mountain’s 6288-foot summit, the weather a delight for a change. After the usual photos and chill on top the team descended sticking to the Tuckerman Ravine Trail the entire way instead of diverting to the Lion Head Trail. Jump to photos. 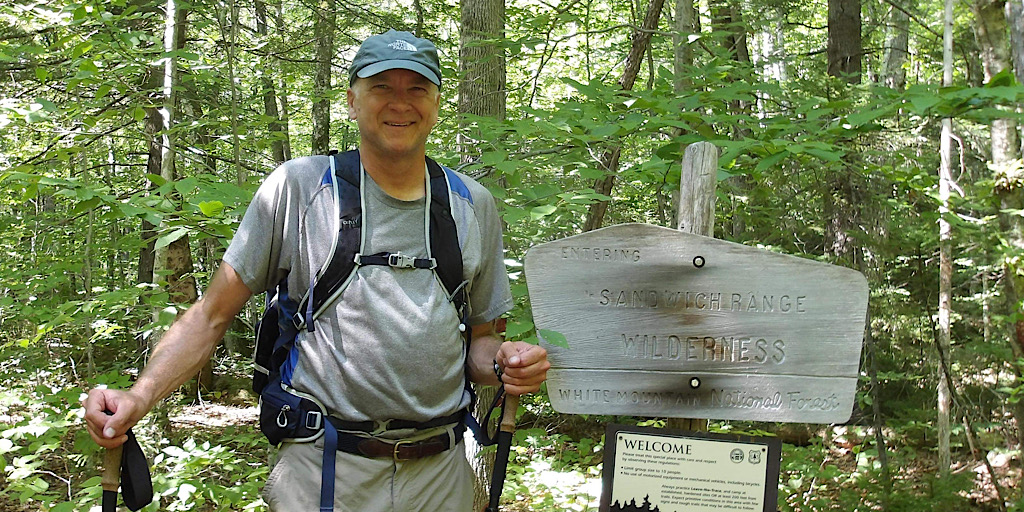 Welcome to the jungle. Today will be wild. 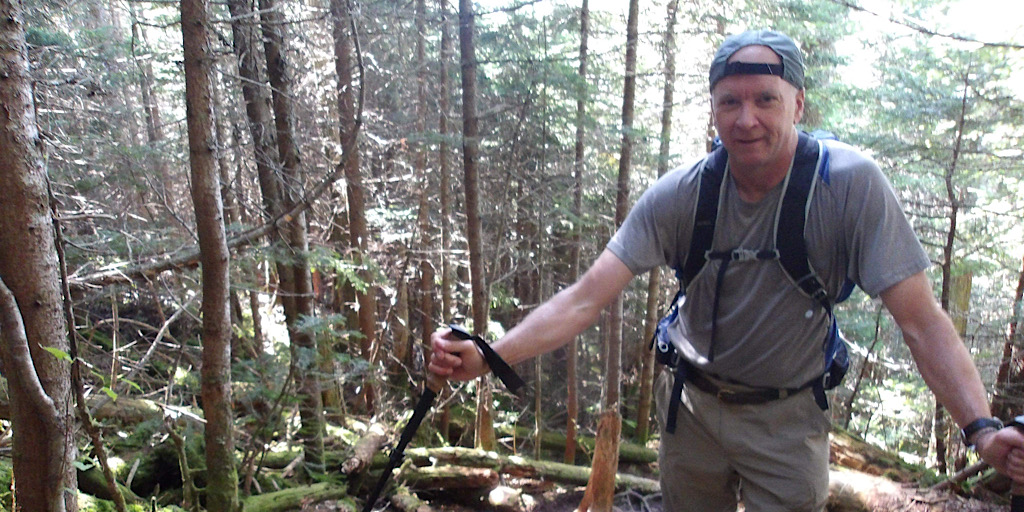 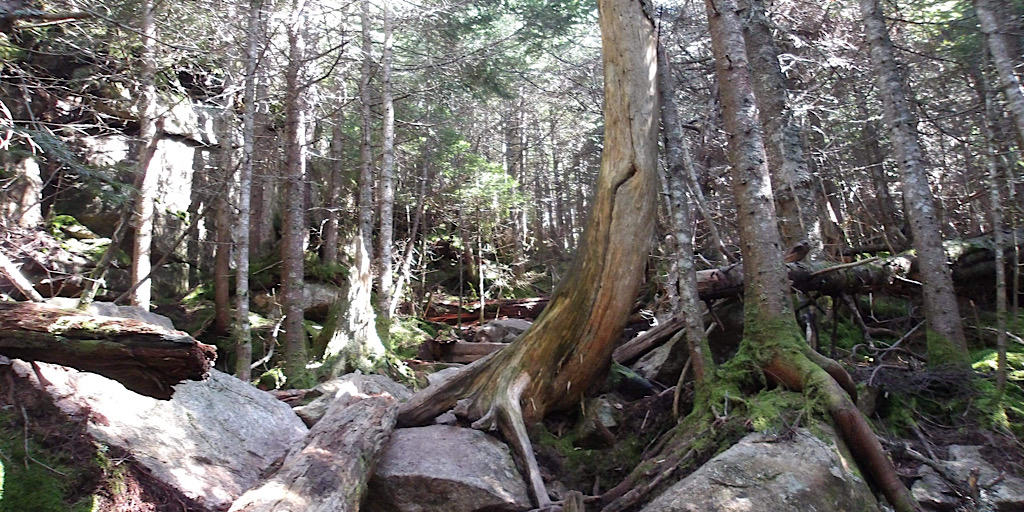 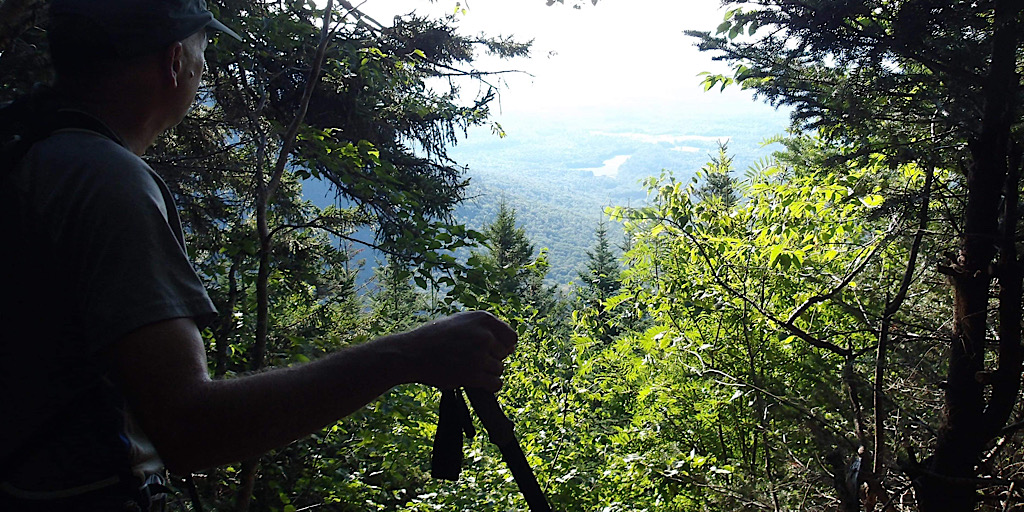 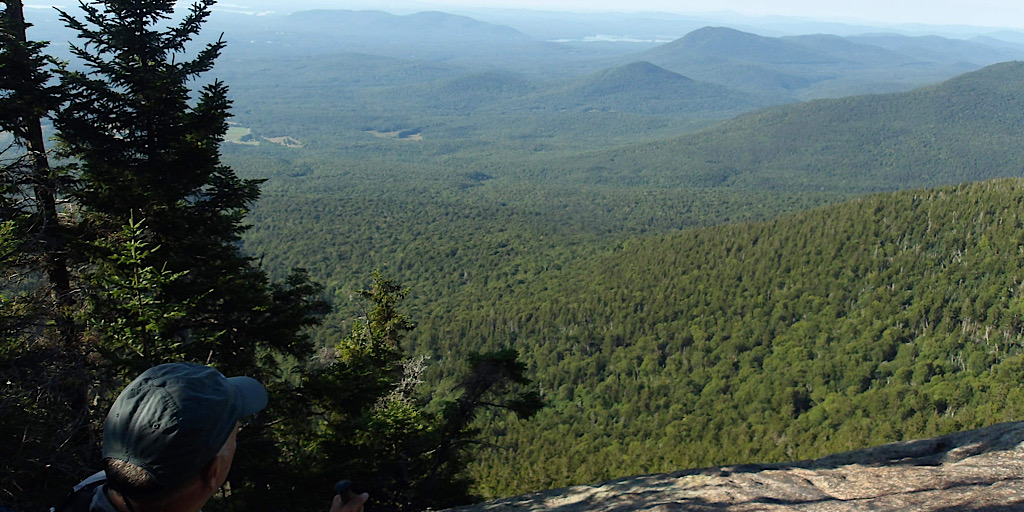 Blueberry Ledge. Not the summit, yet, that’s in the woods further along. 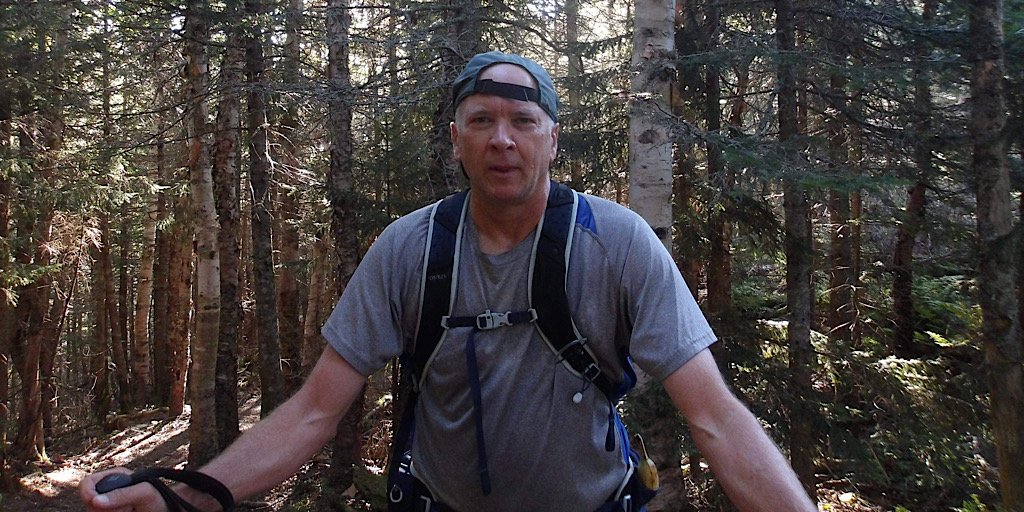 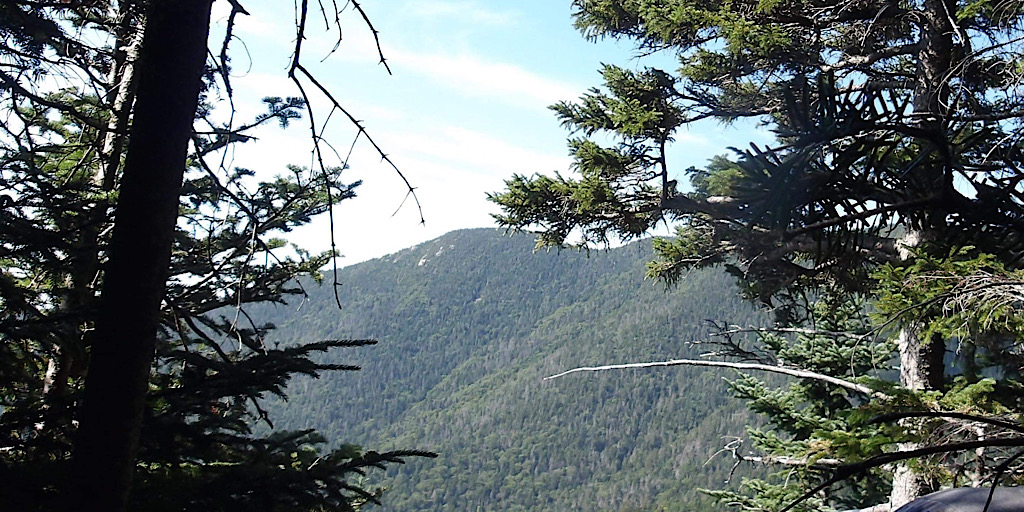 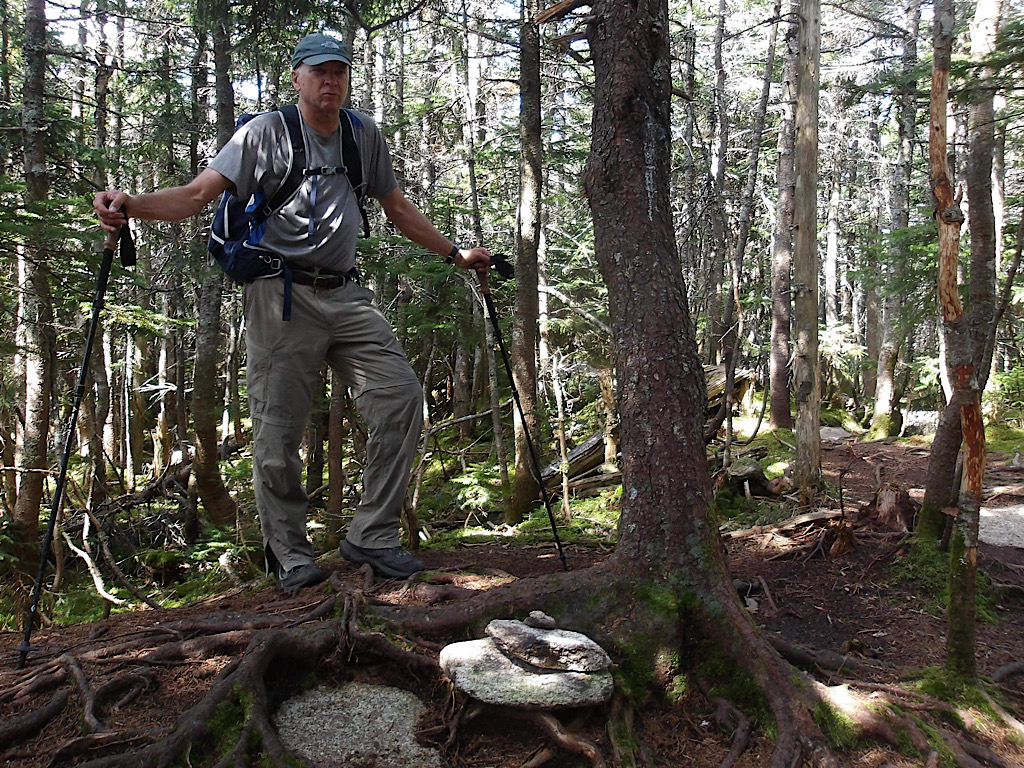 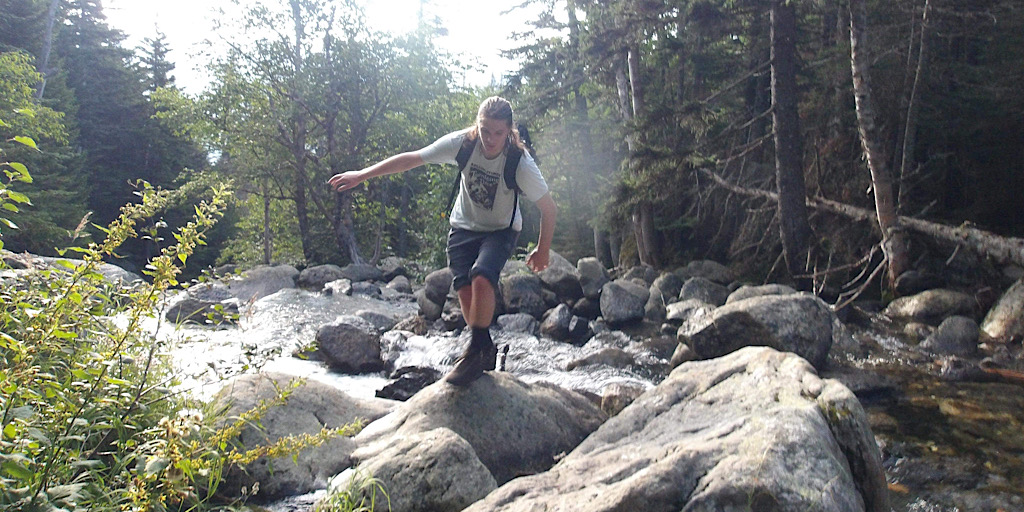 Crossing the river on the way in. 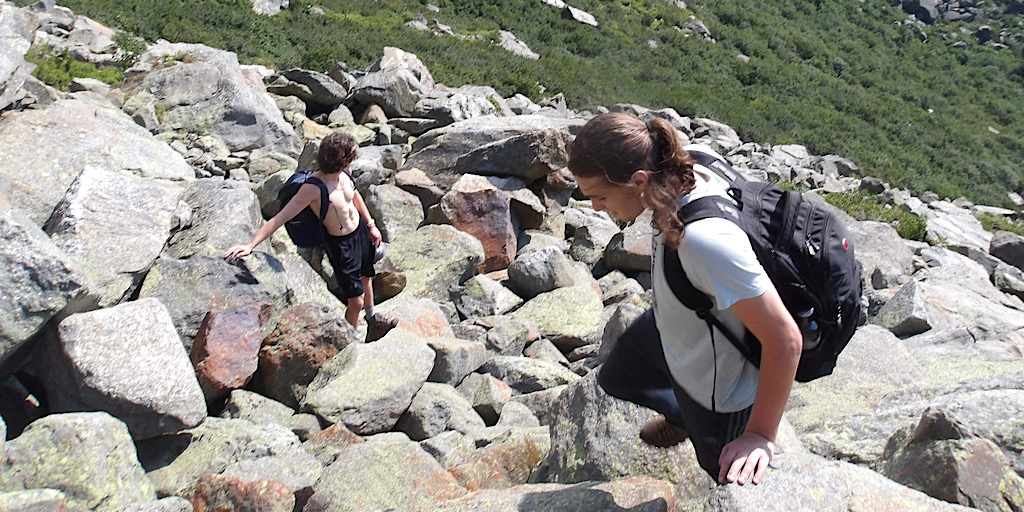 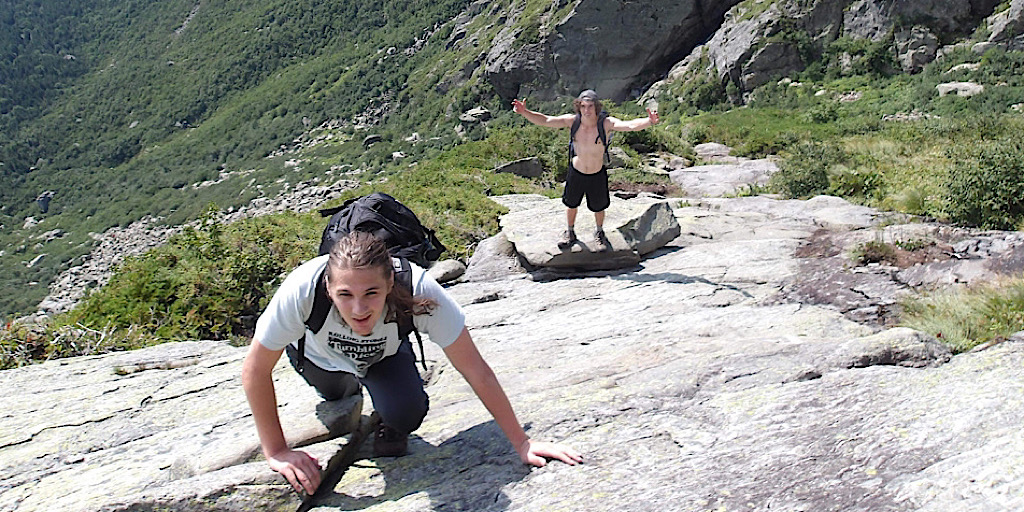 Those slabs are scary for many people. 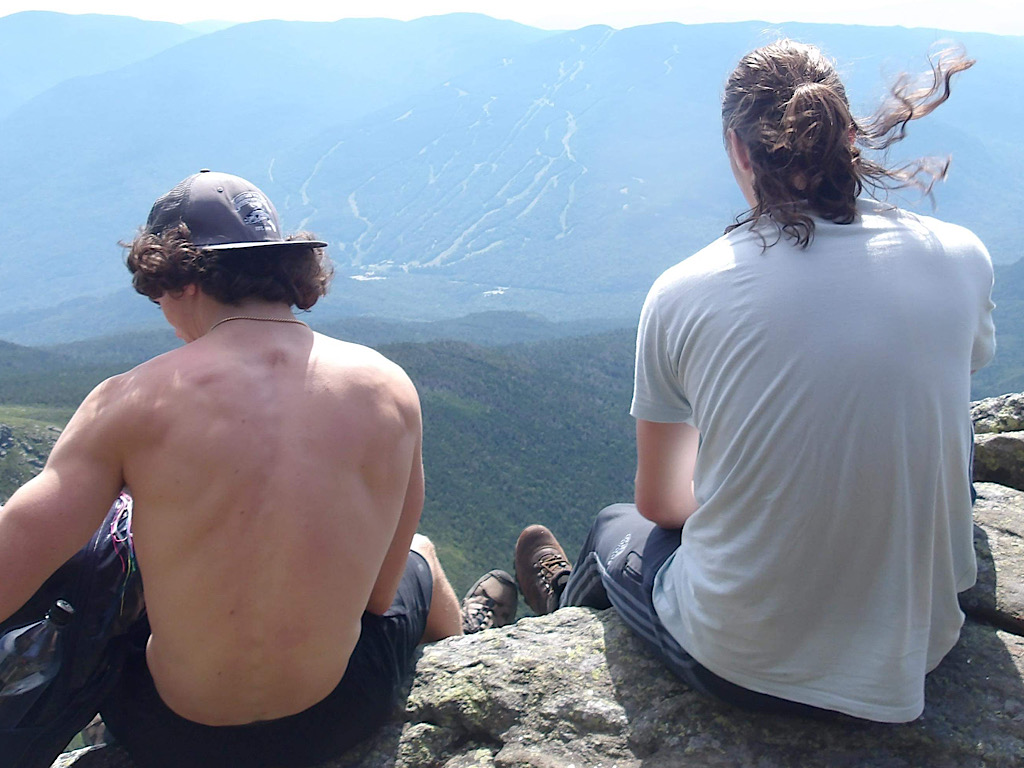 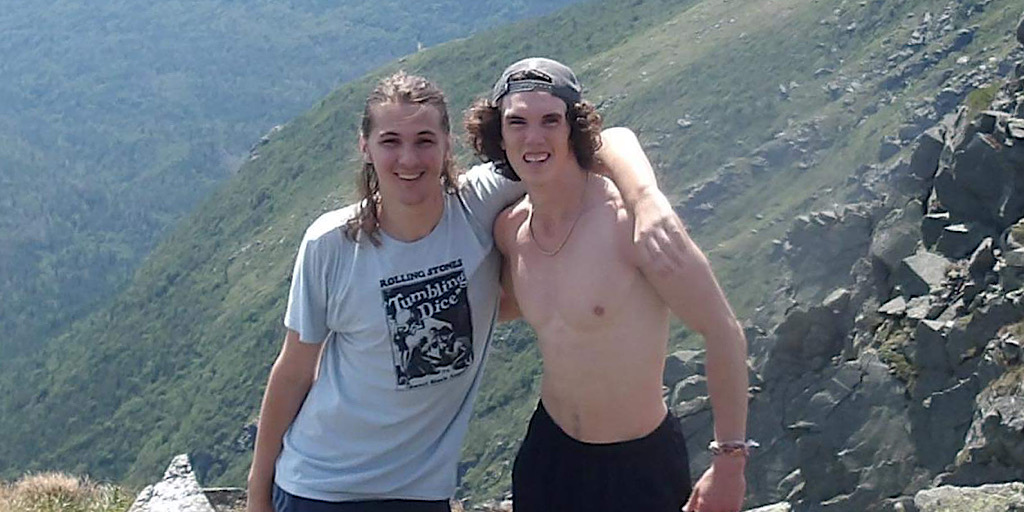 The bonds of friendship grow strong in the mountains. 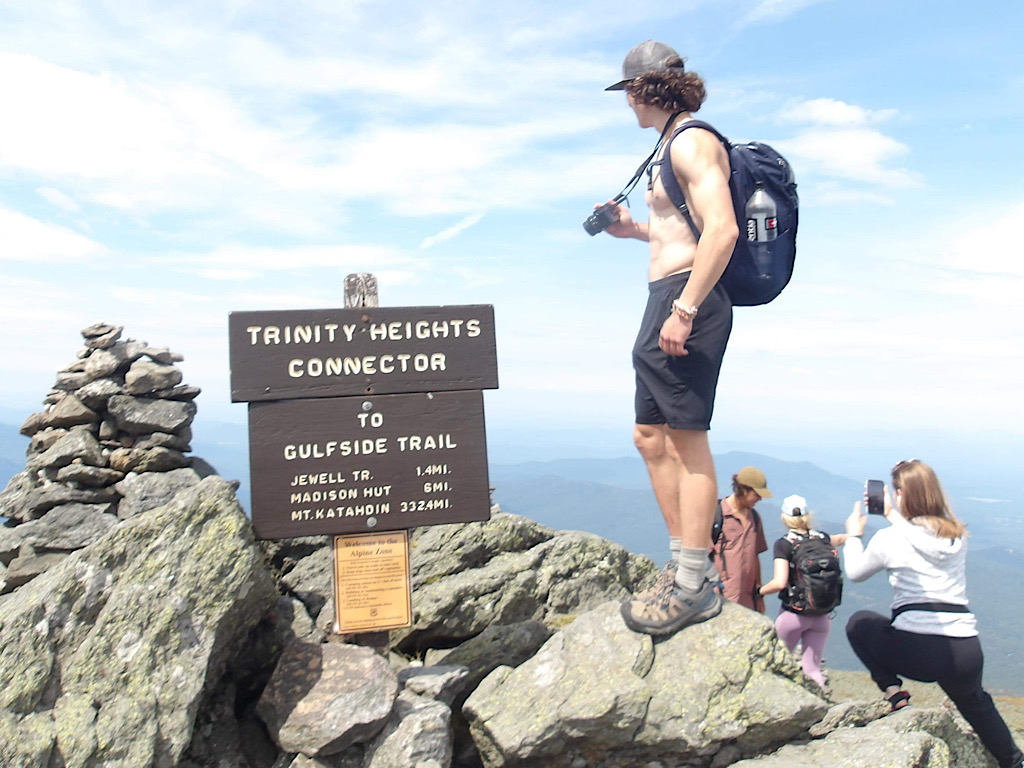 On the summit? If rubbing elbows with tourists the answer is yes. 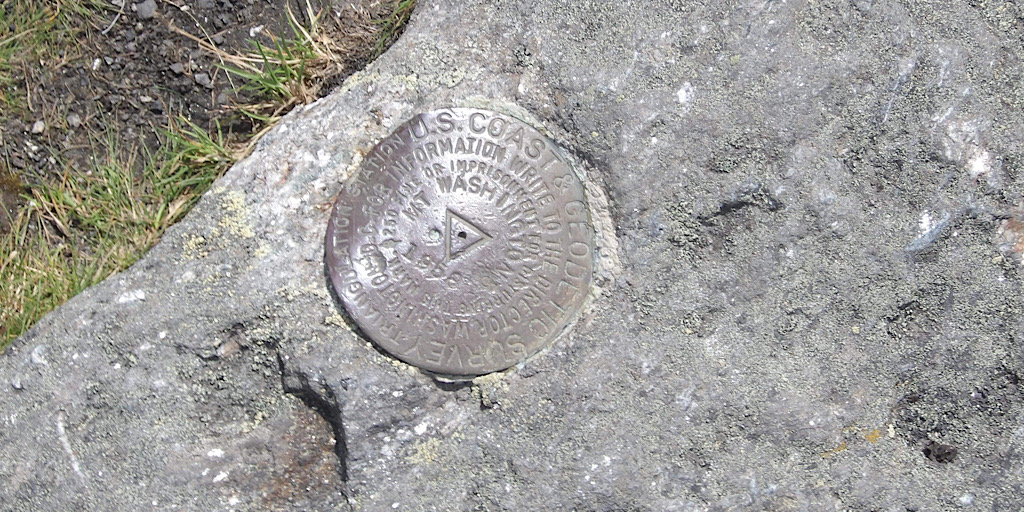 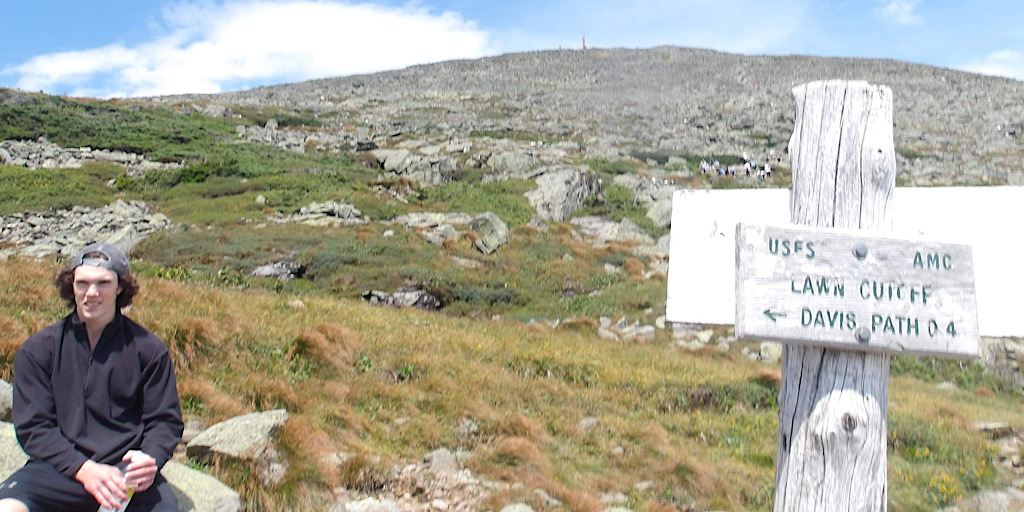 Great job on both tours, Pat, and to our guests, nicely done and thanks for adventuring with us!