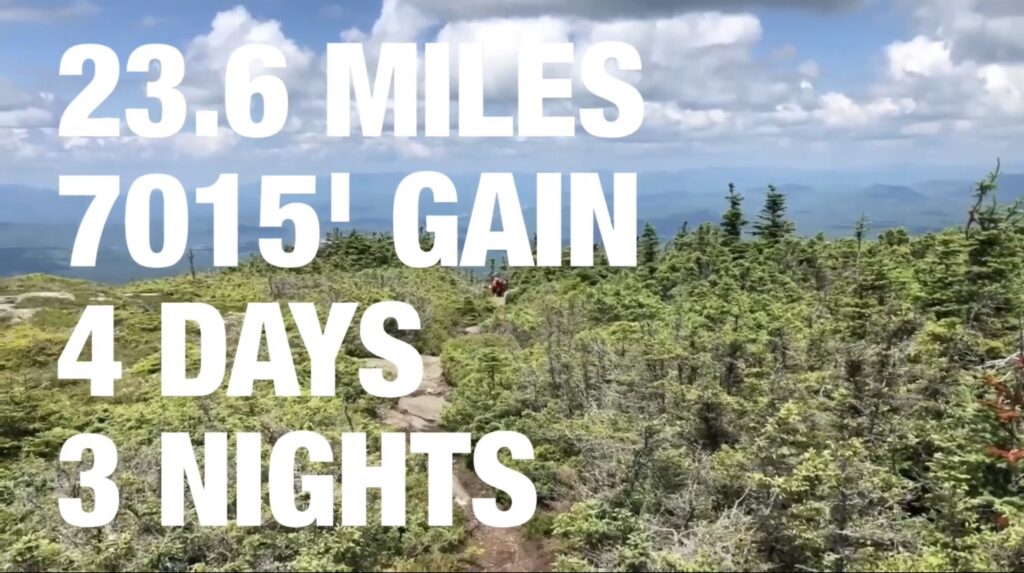 The lads were on their way to Eagle — Eagle Scout, that is, and wanted a special trip. Something new, something out there. So they called us. Initially we were thinking a wilderness adventure, but group size was making that impossible due to wilderness rules. The Kilkenny came to mind, but there were limitations there for a four day trip. Then a half Mahoosuc traverse came to mind. If they went into Carlo Col for day one that would allow time for a gear check, briefing, logistical shuffle, and the shakedown entry. From there they would head south staying at the sites along the AT. It was a perfect fit giving them everything they wanted, coupled with a level of effort that made it all very real. Tough at times, sometimes too amazing to care. On lead for this backpacking trip — solo for most of it due to logistics — was Redline Guide Phoebe Seltzer. Phoebe, and owner Mike Cherim the first day, got a lot of photos of the trip, which we made into the short video below.

Fine lead, Phoebe, and great job everyone. Thanks for adventuring with Redline Guidiing!