To Aid and Abet 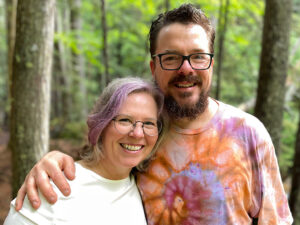 The couple stood before our Justice of the Peace, Mike Cherim, at a site they selected, Ripley Falls in Crawford Notch, ready to be married. Nobody was around because it was still early. Smart. The sounds of the thinning waters falling with a smack then cascading over the huge face of rock in the background were clearly audible. Otherwise it was quiet, still cool and bug-free, very pleasant.

The groom stood at the “altar” on the high ground to Mike’s left. The bride, shorter to begin with, stood to Mike’s right. Between them was a good two foot variance, they looked at each other eye to navel. Since the theme of the wedding was tie dye — read: unconventional — Mike had no trouble suggesting they switch it up. Left or right, right or left, the legality of the event is unchanged. Also unchanged is the solemnity, the significance, the love, and the commitment. Stand wherever you like… in a few moments the couple will be married nonetheless.

As mentioned the theme of the event was tie dye, but not a random display to those trippy designs. One side of the of the family was orange, the other side blue. The patriarch a blending of the colors creating a purple color. The bride stood out wearing what looked like a silk wedding dress, but it was also just a flowing top. The bride also blended, wore the resulting purple in her hair.

In their ceremony, which they wrote themselves, they acknowledged the marriage, but in true form, keeping it non-standard and fun, instead of staying they would honor each other and what not, they took an oath to aid and abet each other. Sounds almost criminal and we love it. With permission Mike was able to take and share the photos below. See the fun for yourself. 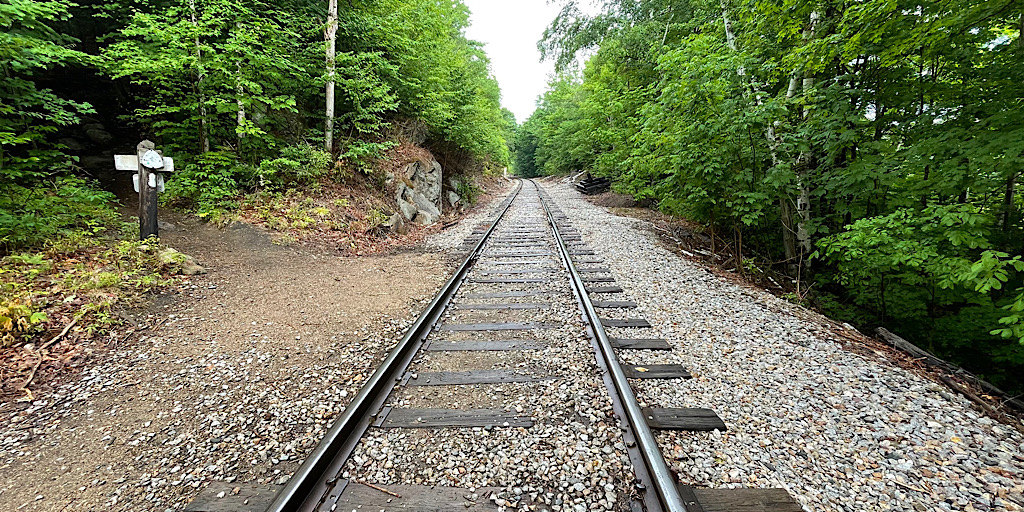 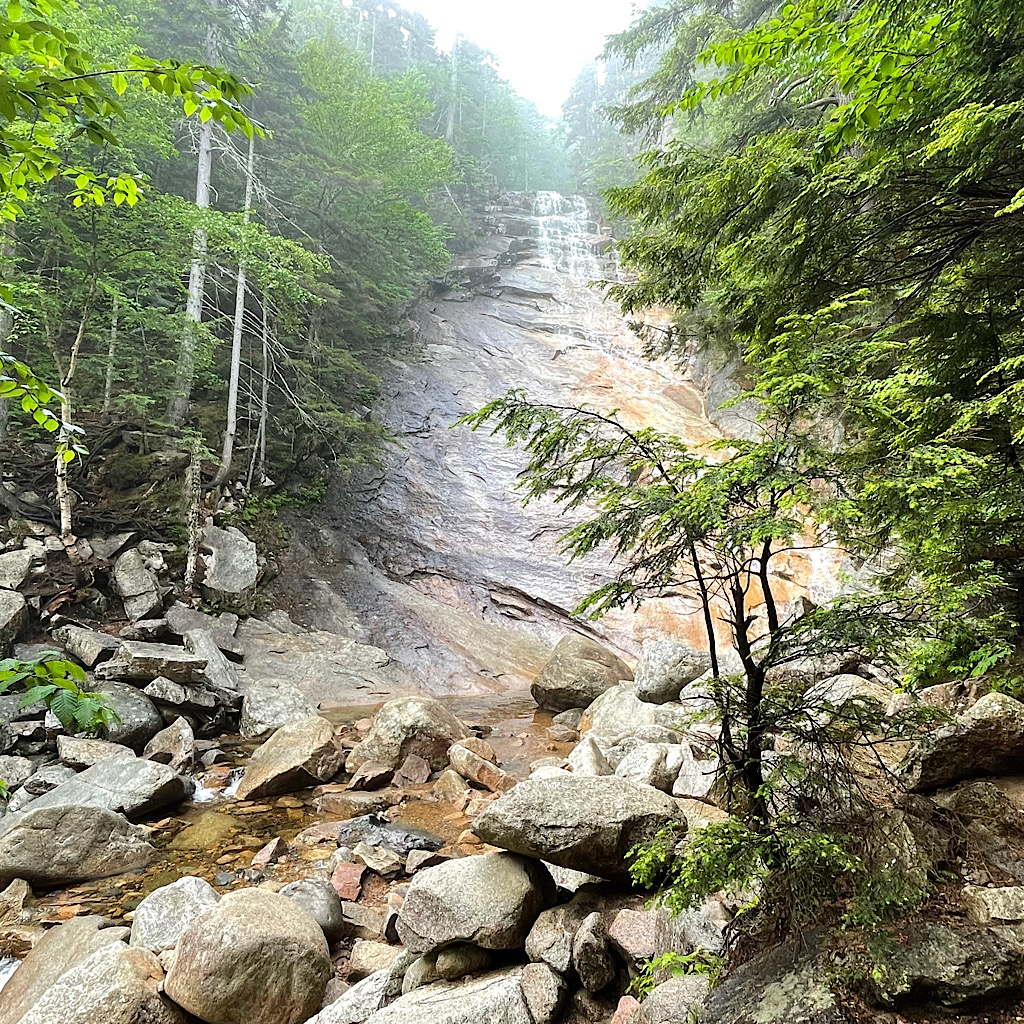 Ripley Falls in Crawford Notch. Easy half mile hike in. 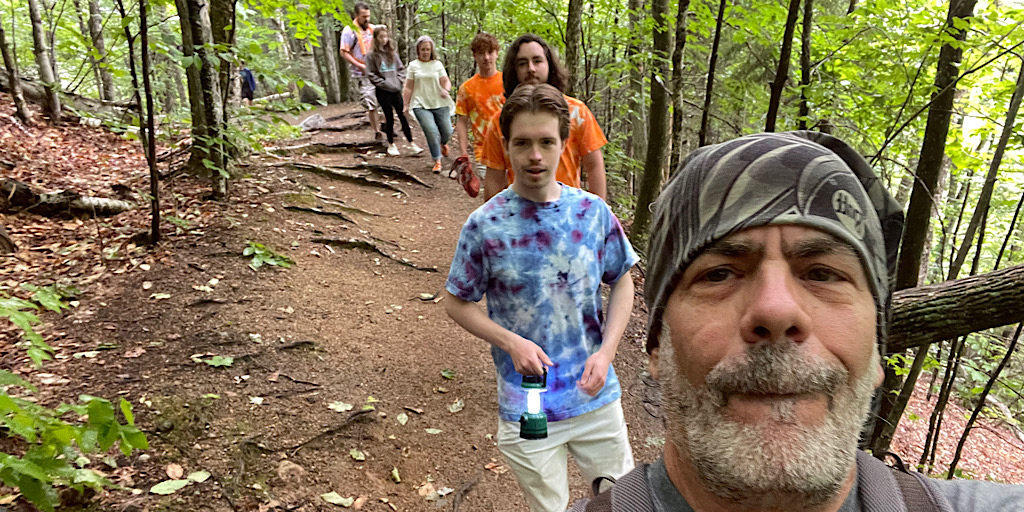 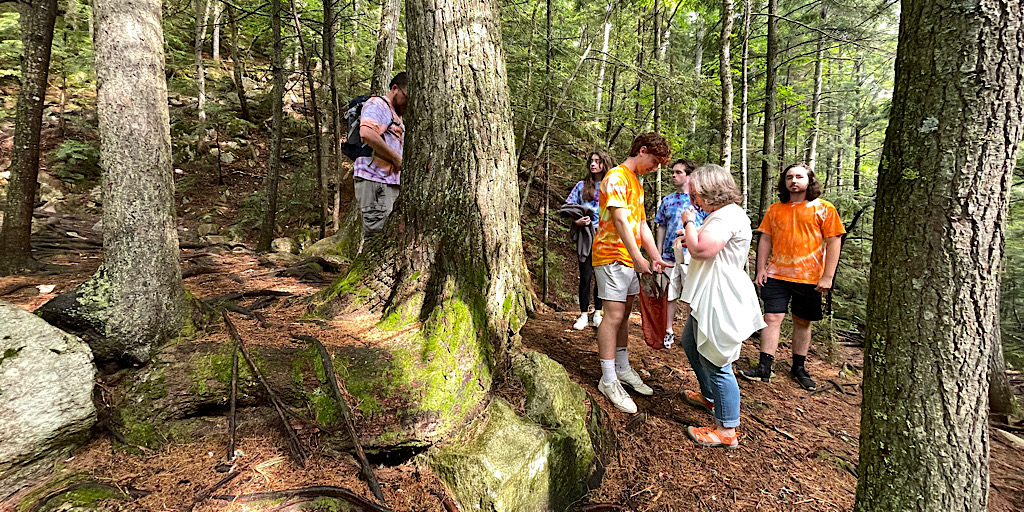 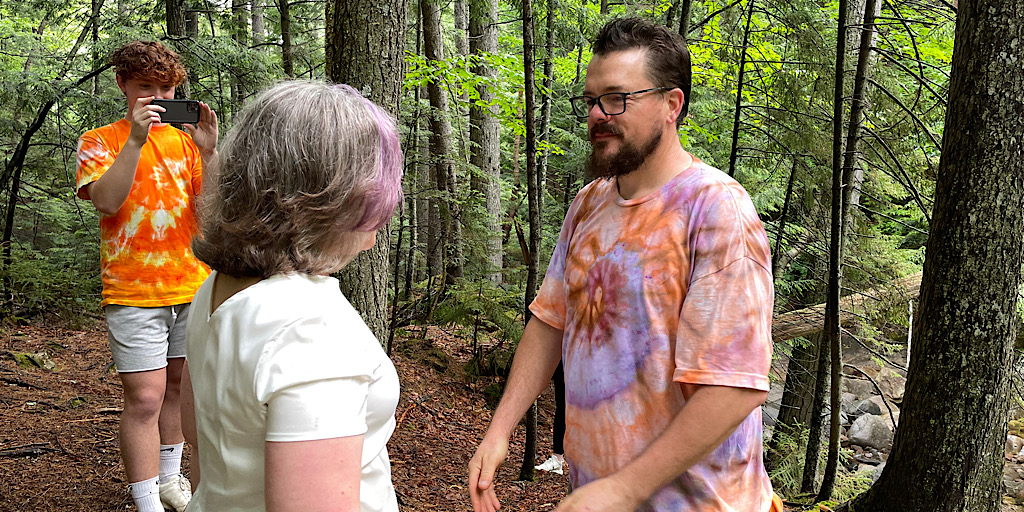 Well kiddo, we wanted this for ages. Let’s make it so. 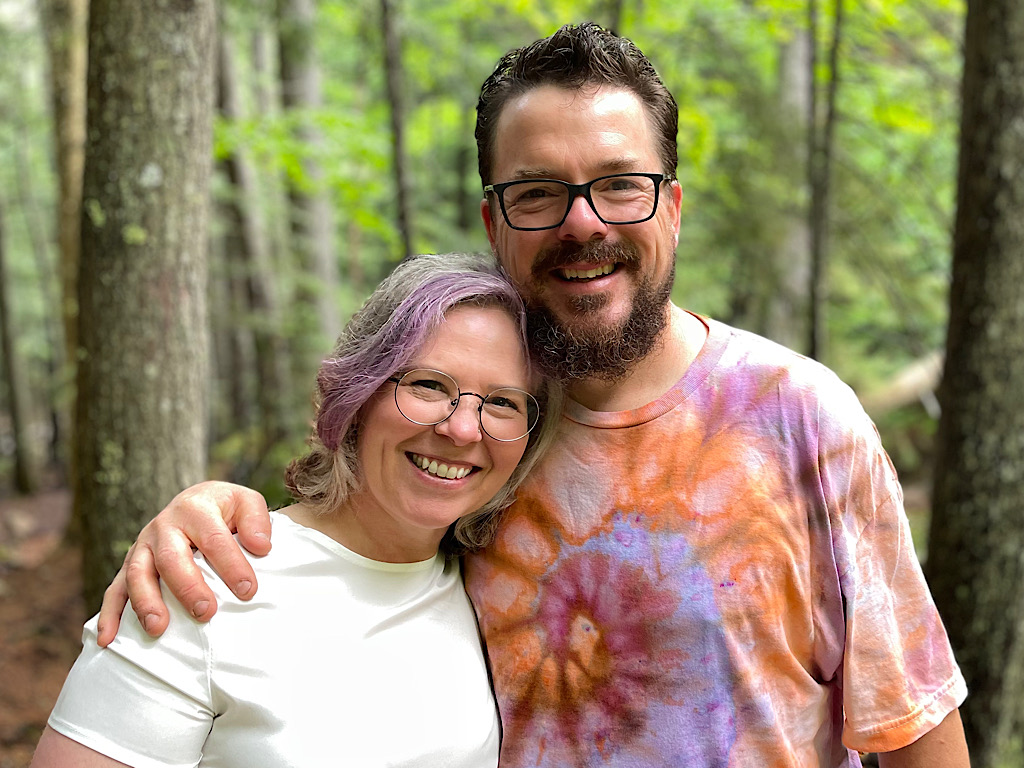 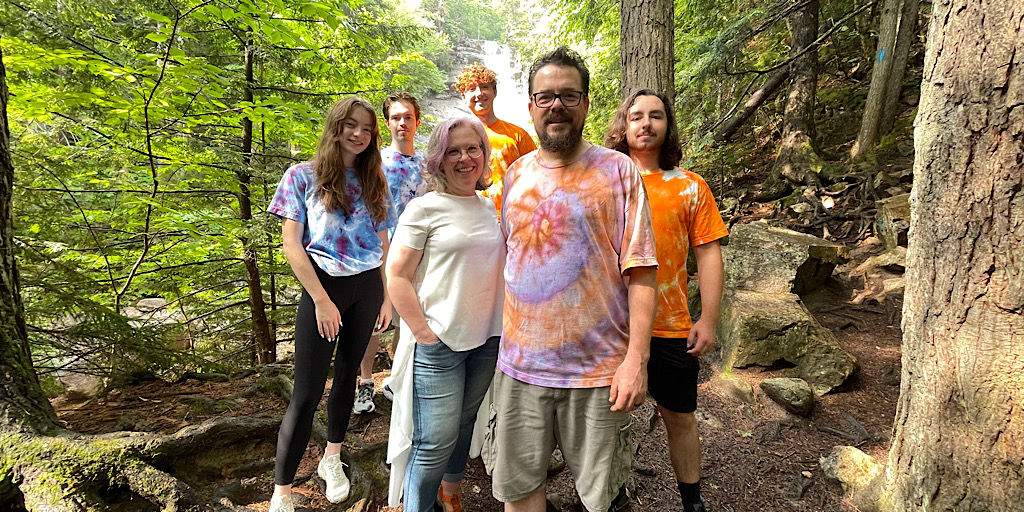 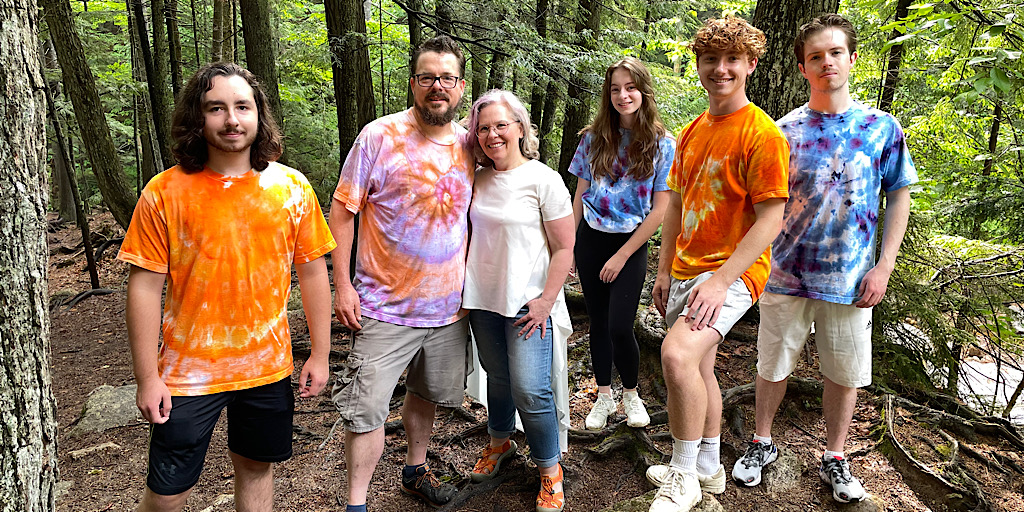 The orange and blue. 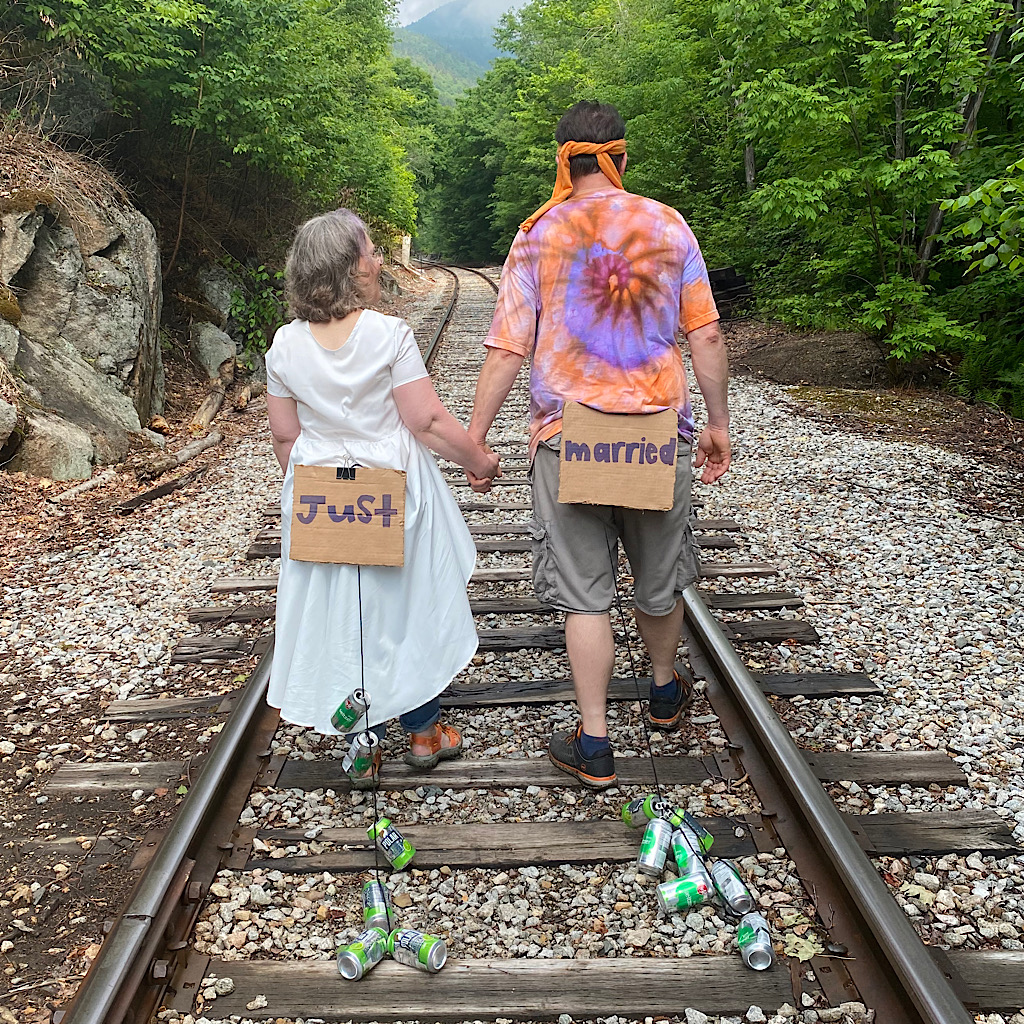 Congratulations on your marriage, Stephen and Julie!