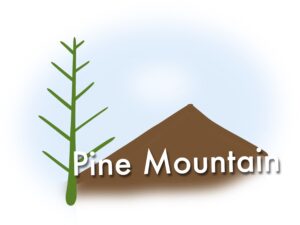 The team expected some crowds — at least a few other hikers, anyway. As one of the new 52 With A View peaks in New Hampshire, the 2404′ Pine Mountain has become more popular than ever so the team’s expectations weren’t unwarranted. So, it was fortuitous when the team encountered literally nobody else all day. A pleasant surprise, to be sure. They had the mountain to themselves, and that was good as they were hoping the impression made would be a good one. A many-time returning guest had invited her sister along who was fairly new to hiking so the day was meant to be special. Her sister was indeed a bit apprehensive, unsure of how much she would actually enjoy the experience. She was mainly worried about losing the trail, and to her this was a cause for concern. Having a guide, while normally confidence-inspiring, wasn’t. At least at the start of the day. By day’s end she was sold on the benefits.

On lead for this trip was Redline Guide Mike Cherim and he chose Pine Mountain after much deliberation. The hope was to make sure the day was just right in terms of how much distance and elevation gain would be involved. It was important that the day ultimately be a fun one. And fortunately it was. By day’s end — after a cool side-exploration that turned up some new goodies — the guide’s position and worth was validated and our guest has a new go-to mountain. Check out these photos for details. 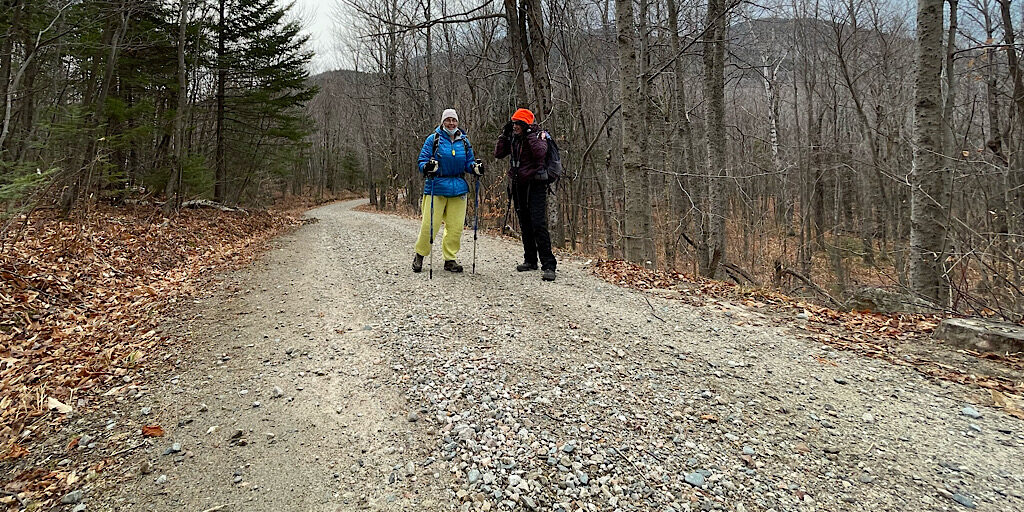 From the west, there’s always at least some road walk to warm things up. 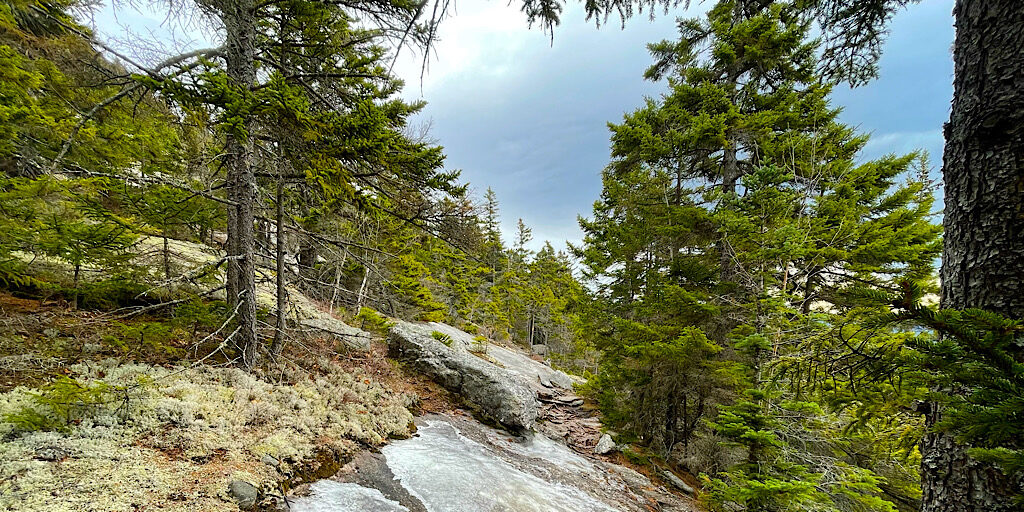 The trail is delightfully pretty. 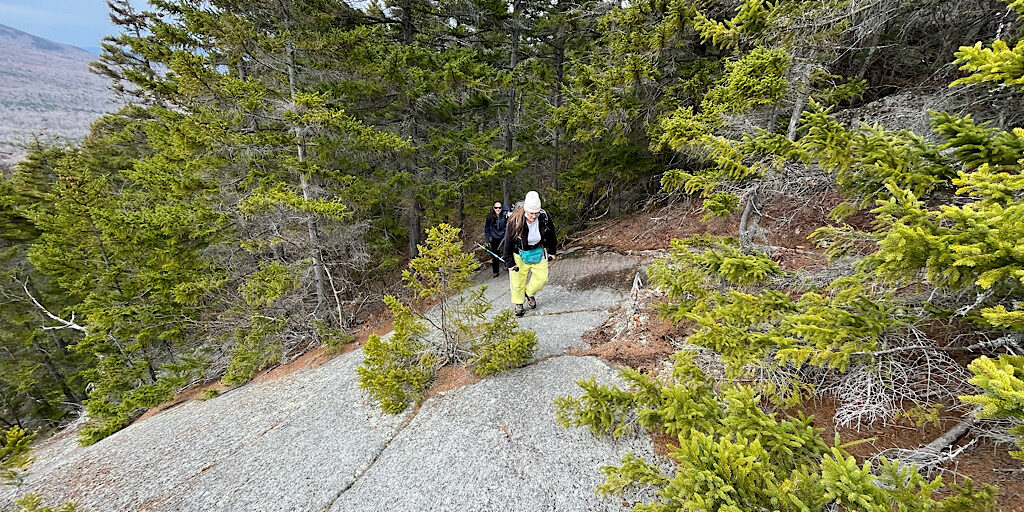 Steep in sections, though the sister handled it all with relative ease. 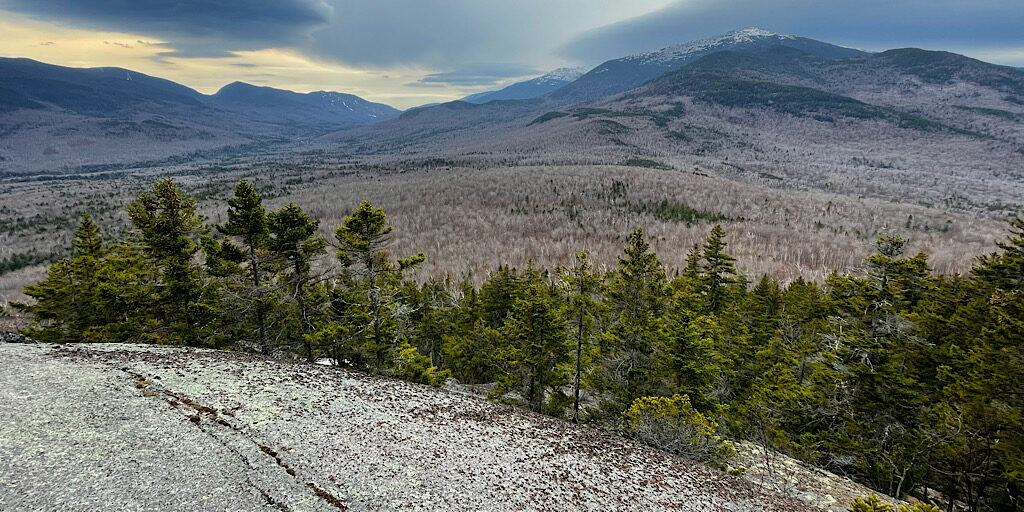 Quite the view of Carter and Pinkham Notches and Mt Madison. 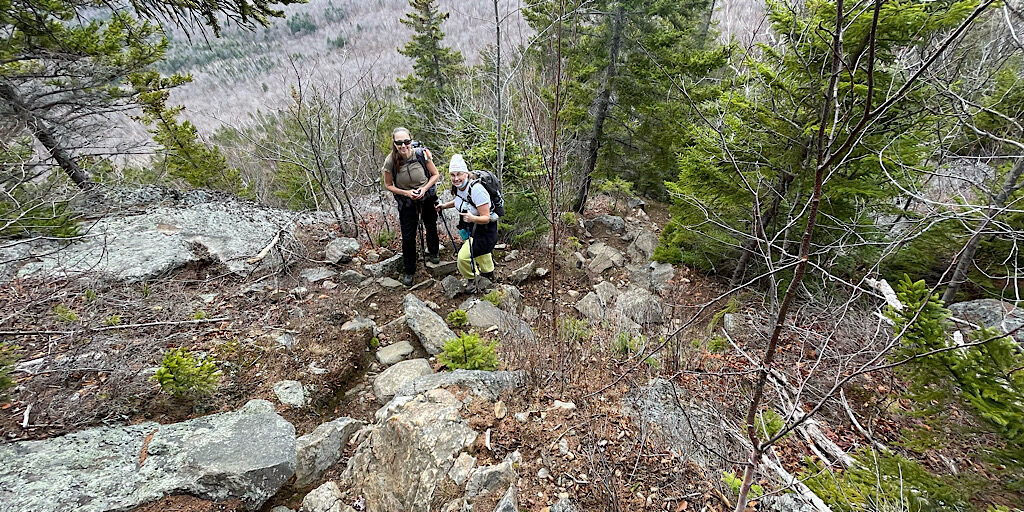 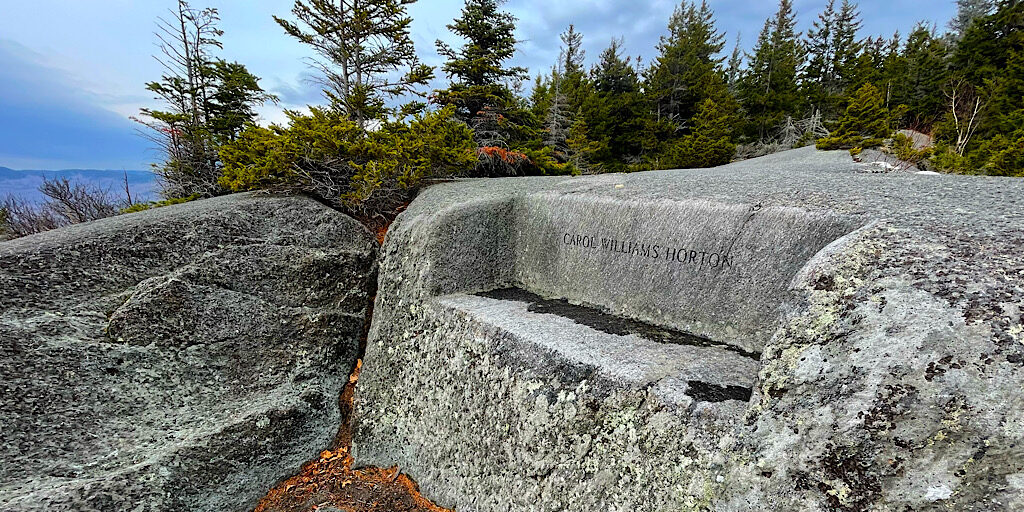 A lot of people seem to miss this bench altogether. It’s a shame. The sunset view from here is pretty good (better from Chapel Rock). 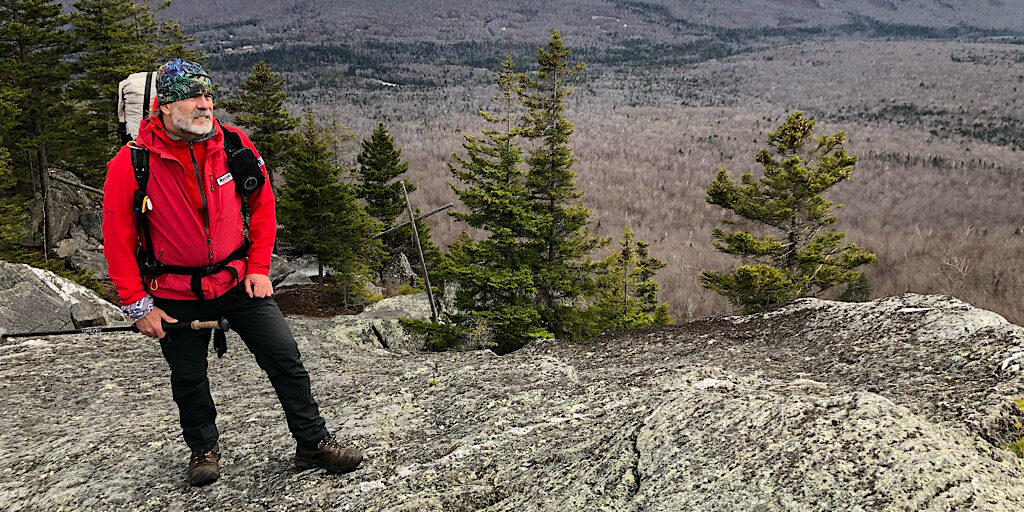 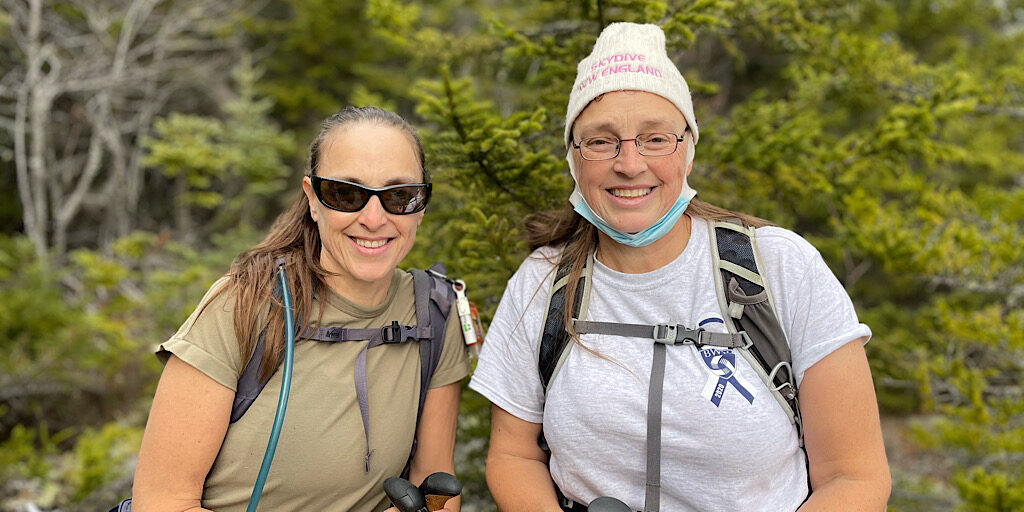 Sisters who are rarely photographed together on the summit together. 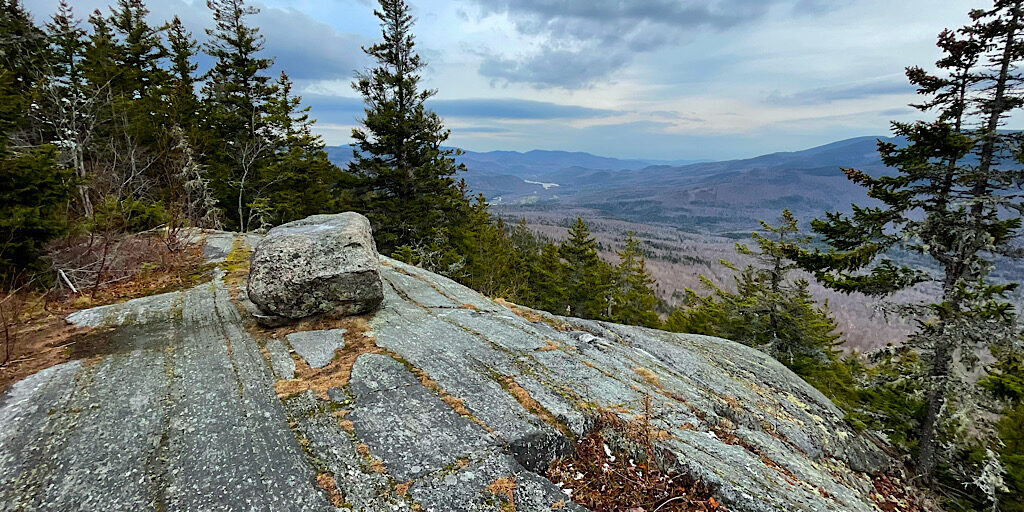 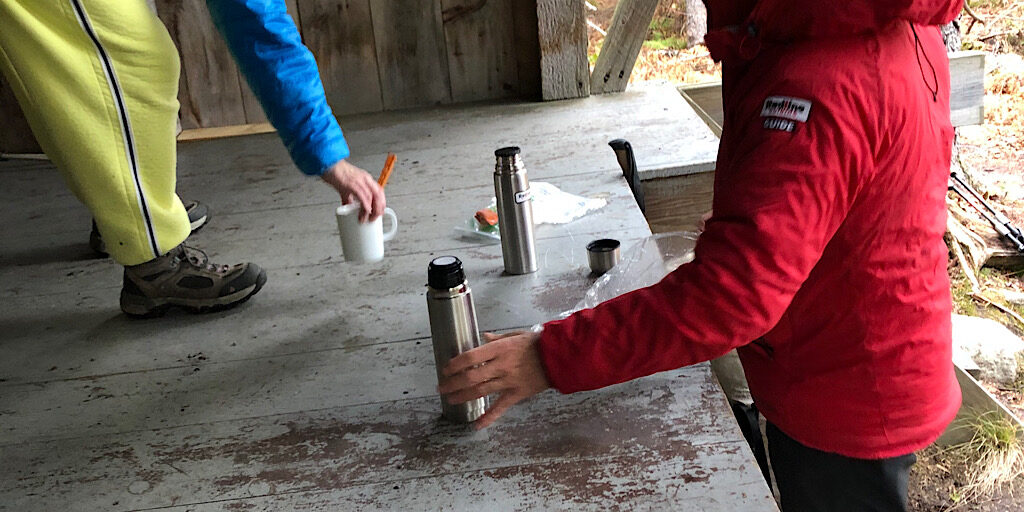 Mike brings hot tea and hot chocolate, breaking it out at the shelter. This earns him many, many points. (Guest photo.) 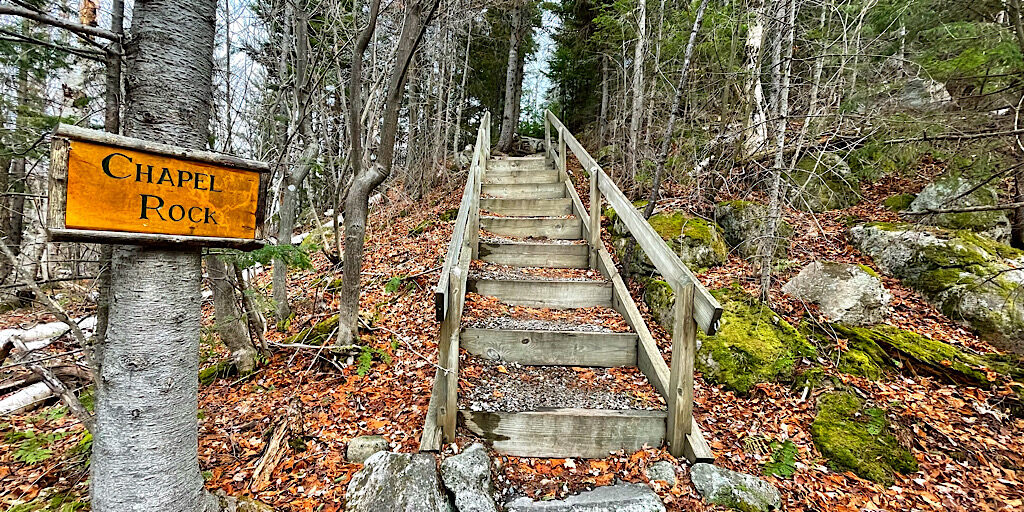 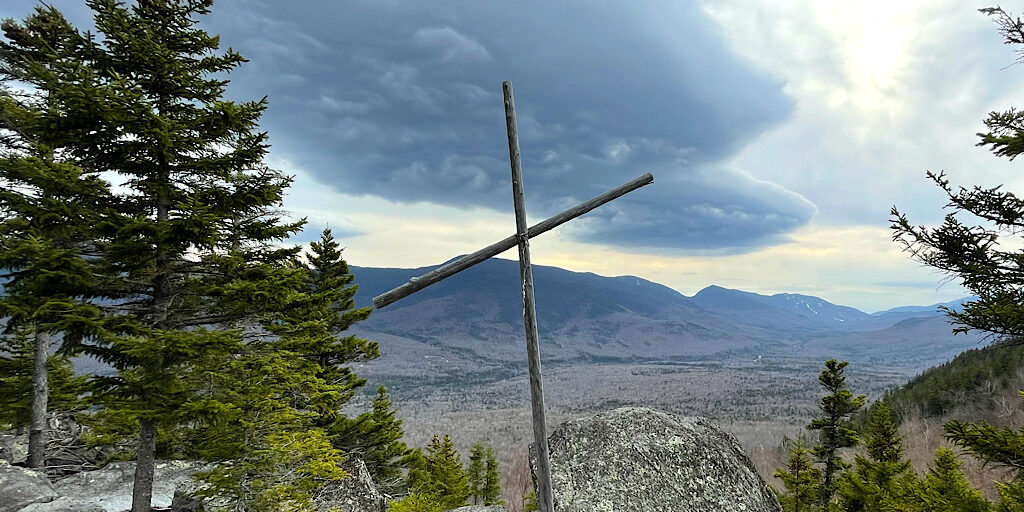 Altar view. Some day we will officiate a wedding here. The Horton Center does hire out their spaces, yurts. 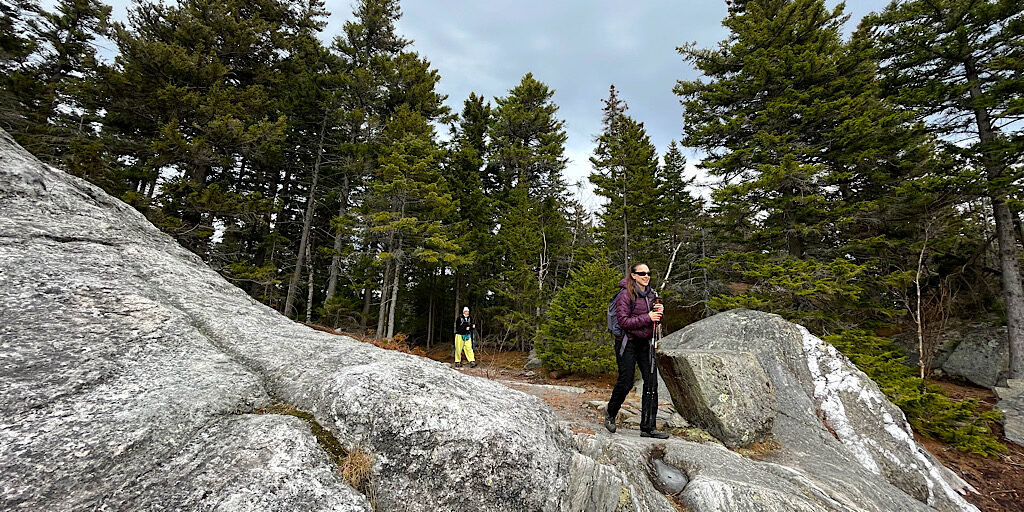 Coming out into the open after a short but delightful hike up. 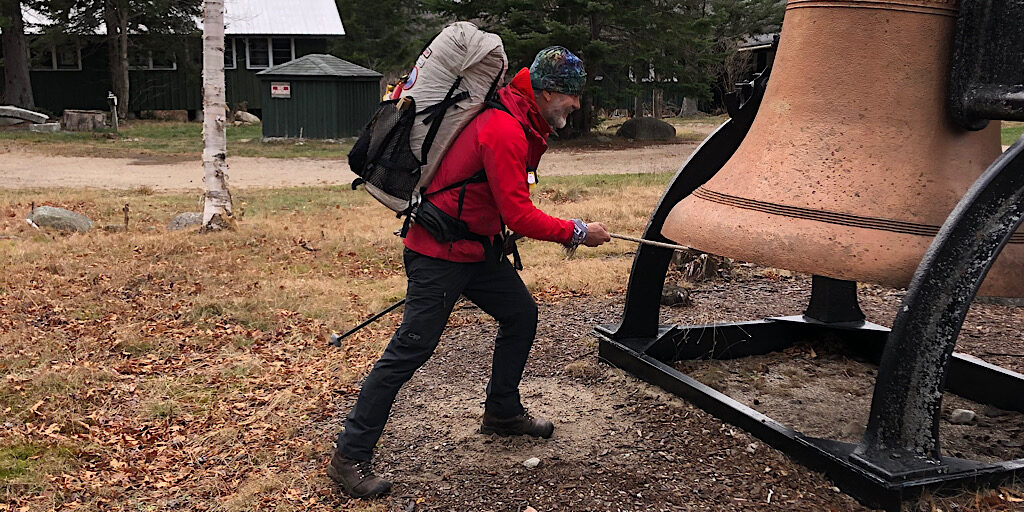 The lasting hum from the vibration was wild. So loud. 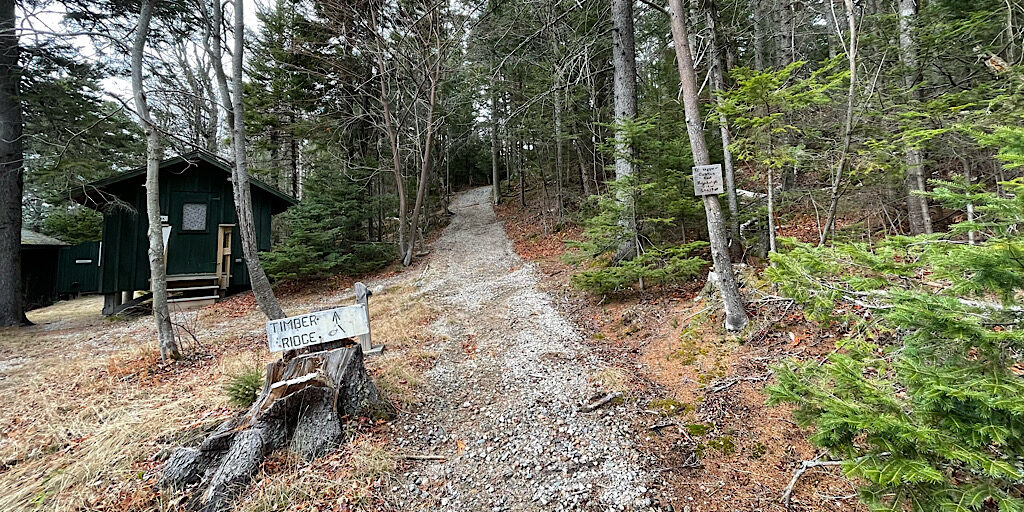 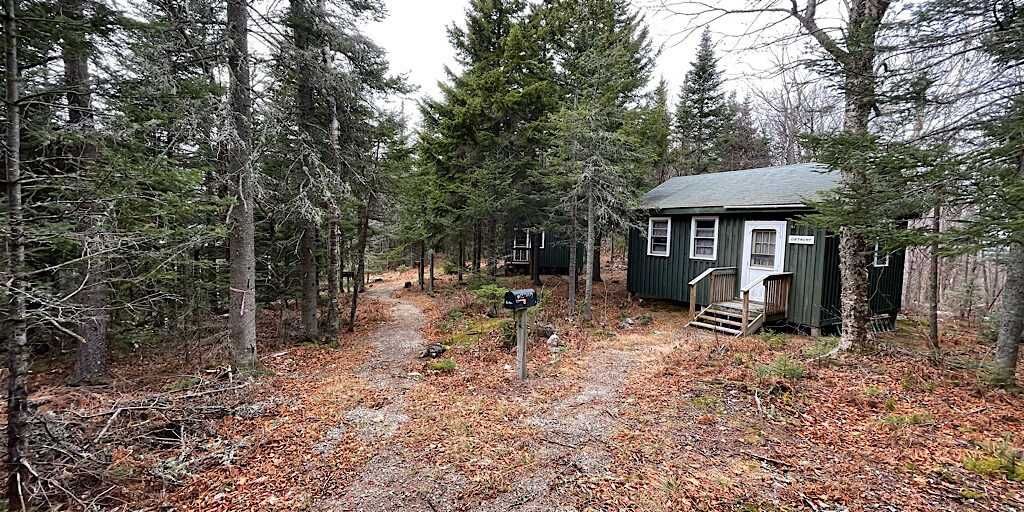 Neighborhood in the woods. 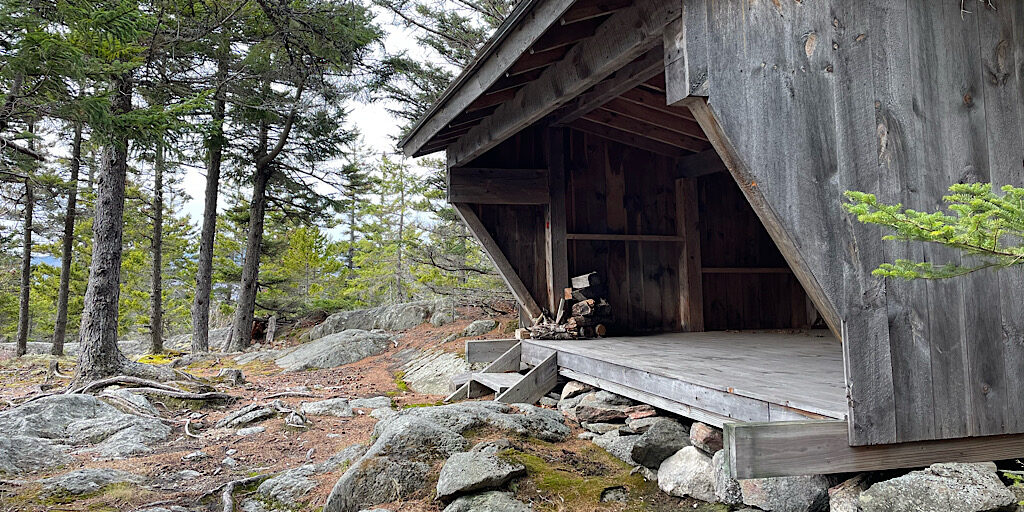 A second shelter. What an unexpected surprise. Nice view-ish toward Randolph.

Well done team, and thanks for choosing Redline Guiding.