[…] a rite-of-passage hike only for the hardiest of peakbaggers […]

The “Classic” Presidential Traverse takes hikers over the Presidential Range in the White Mountain National Forest and stretches from Mount Madison at the north end to the junction just before Mount Pierce at the southern end. It generally claims several 4000-footer summits in between including the Northeast’s tallest peak, Mount Washington (6288’/1917m). One can travel in either direction, and heading south to north is, by the numbers, easier in that there is less elevation gain, but many will argue that psychologically it is easier to go north to south getting those harder northern peaks done early on while still fresh. Oh, man, we totally agree.

Our team opted for the north-south direction and made eight summits, excluding the unrecognized electives Clay and Franklin. (“They weren’t Presidents.“) This incredible journey is a rite-of-passage hike only for the hardiest of peakbaggers plying their trade in New Hampshire. It’s tough — about 18.5 miles with roughly 8300 feet of elevation gain the way our team went — but very rewarding featuring the state’s most vast, weather-exposed alpine zone. Miles and miles of it. It’s jaw-droppingly beautiful — even when you can only see glimpses due to inclement weather and poor visibility.

To help avoid potential afternoon thunderstorms, crowds, and parking hassles, and to heighten the experience, our team planned for a summit sunrise on Mt Madison. To do this they got on trail at 2:10am. It worked out perfectly. By 10:45am they were already on Mt Washington — and being that early they got to pose by the sign for a photo in under ten minutes. By 4:45pm they were back at the Highland Center, done. Totally spent but completely elated. Below are a few photos of their journey. (Unless marked otherwise, photos were taken by Redline Guide Ryan Mcguire, this hike’s leader.)

First they crushed the northern end of the Presidential Range… 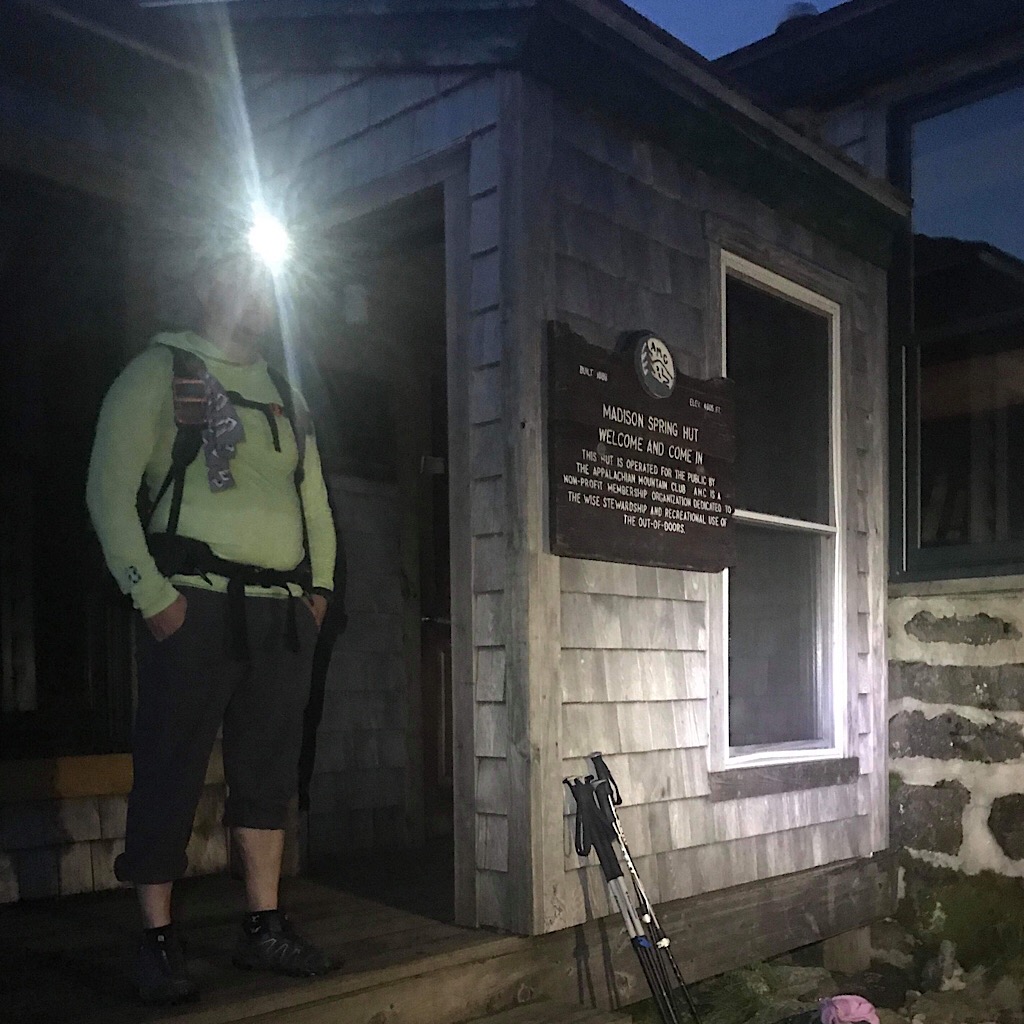 Ryan at the still-quiet Madison Spring Hut. They are right on time for a summit sunrise. Guest photo. 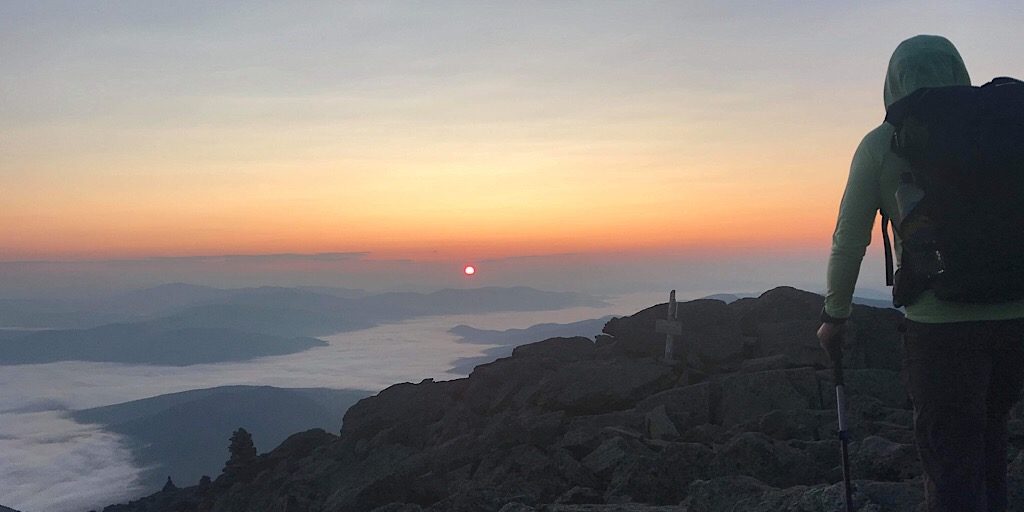 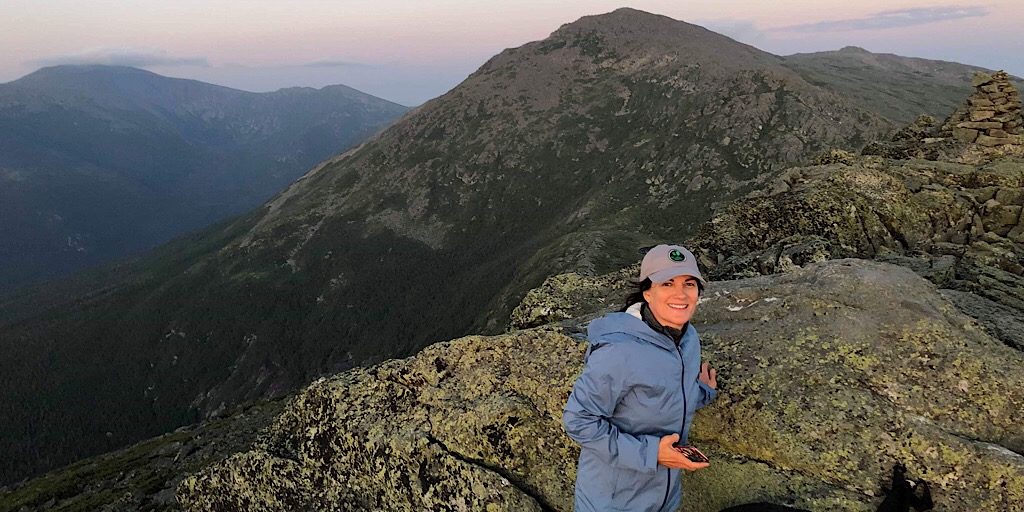 She trained hard but hadn’t planned on this awesomeness, having never night-hiked for a sunrise. She is sold! 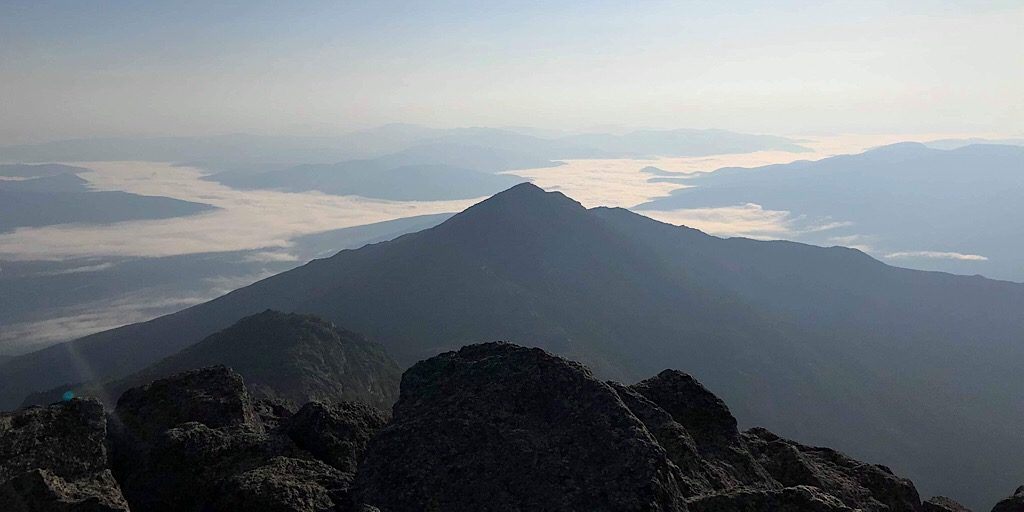 From Mt Adams looking back at Madison in the still soft light of morning. 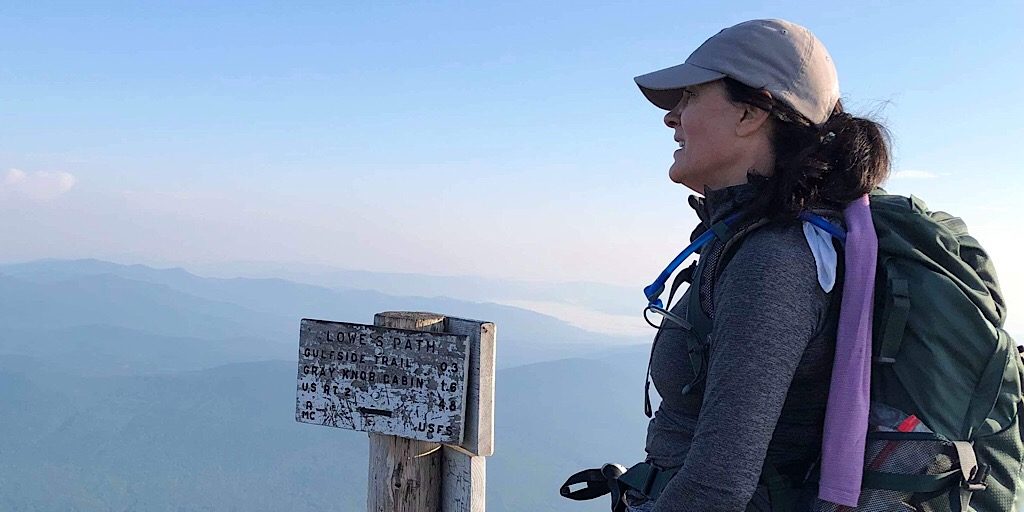 Adams, the second tallest on the ridge, is done. There is still much to do, however. 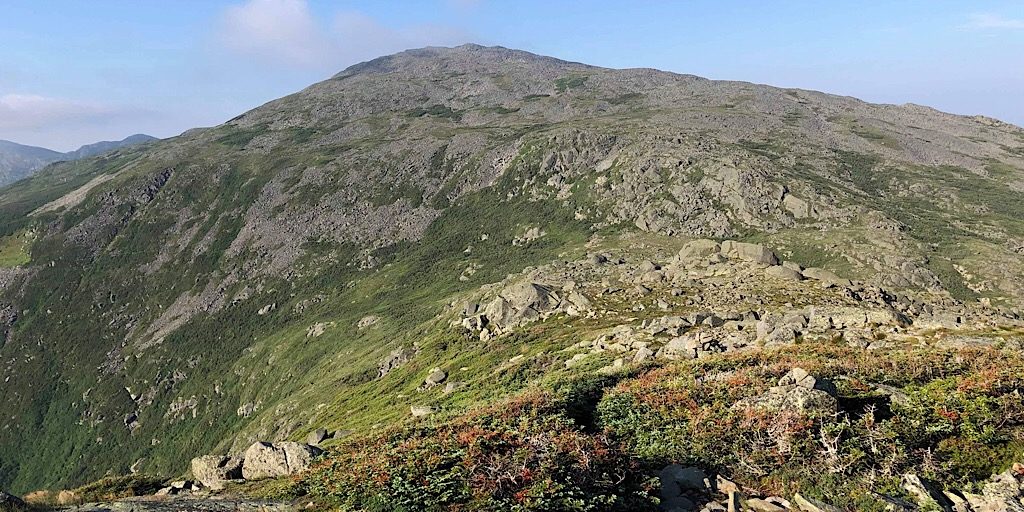 Jefferson ahead, amid a landscape where both dreams and nightmares may exist. 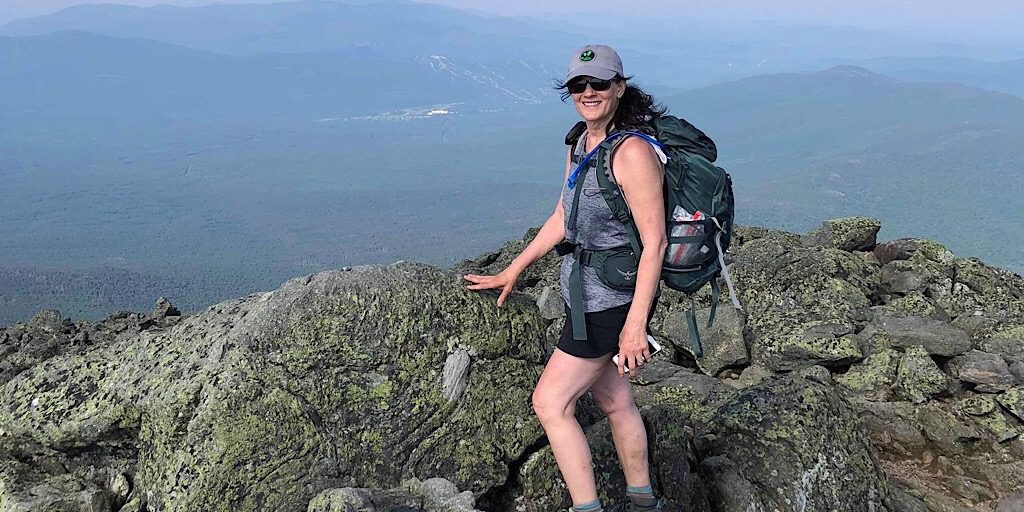 Jefferson falls. They keep going. They will skirt Clay and head for Washington next. 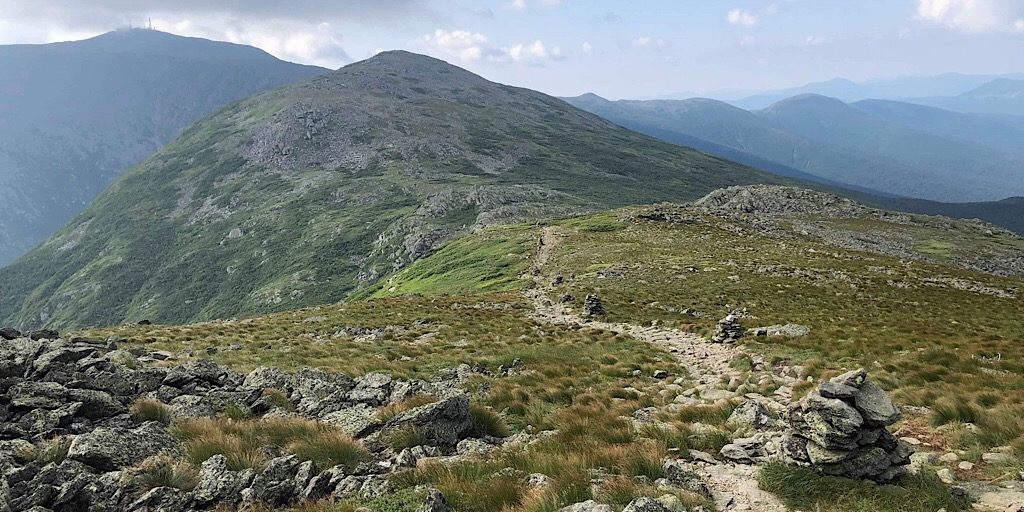 Showing the way ahead. This is hard, and also awesome. 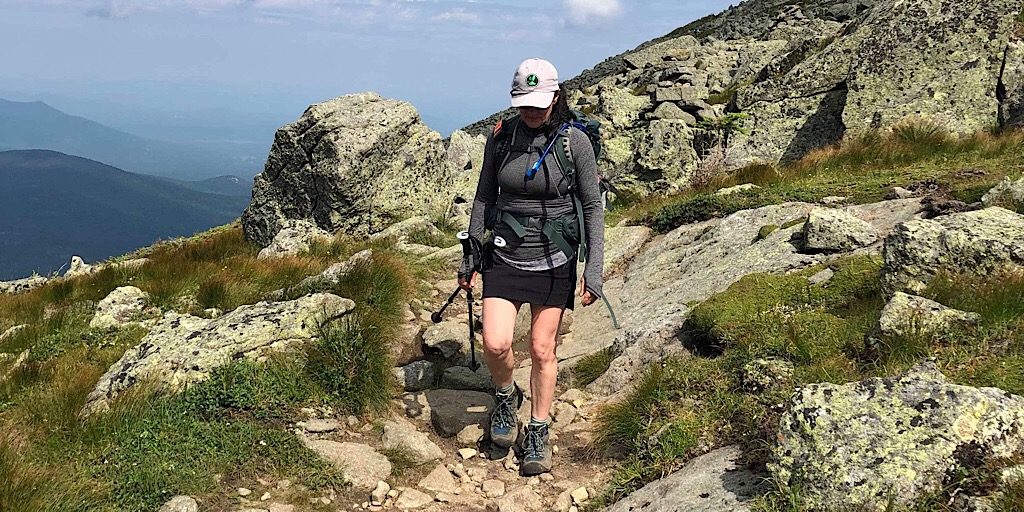 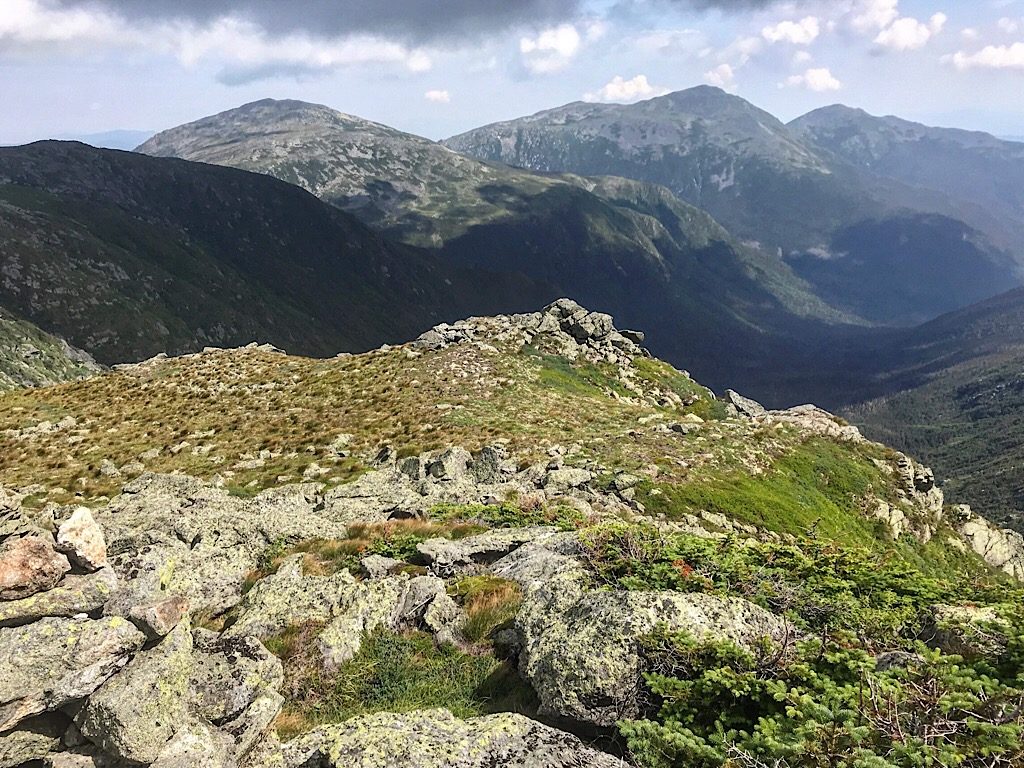 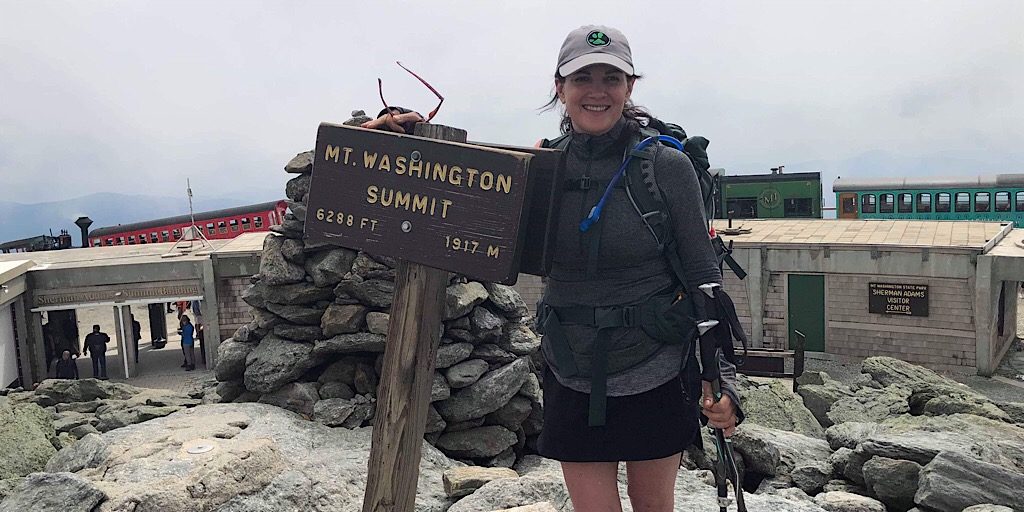 On the Washington summit. The day is still young, and there is still much to do. But first… food!

Then they crushed the southern end of the Presidential Range… 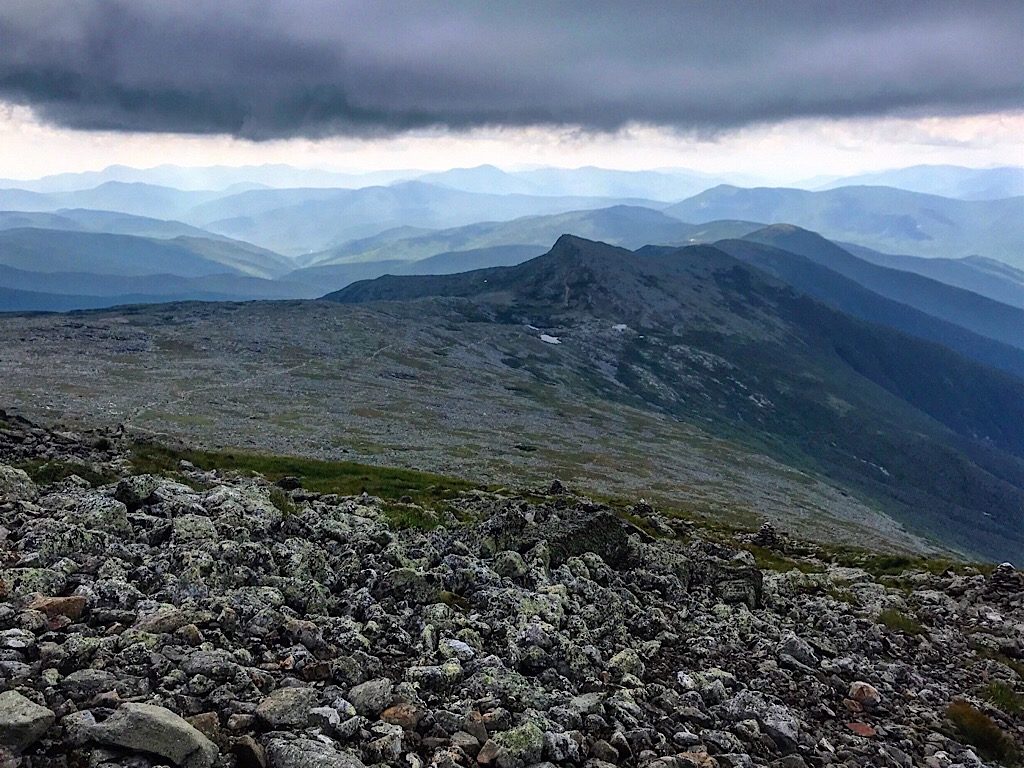 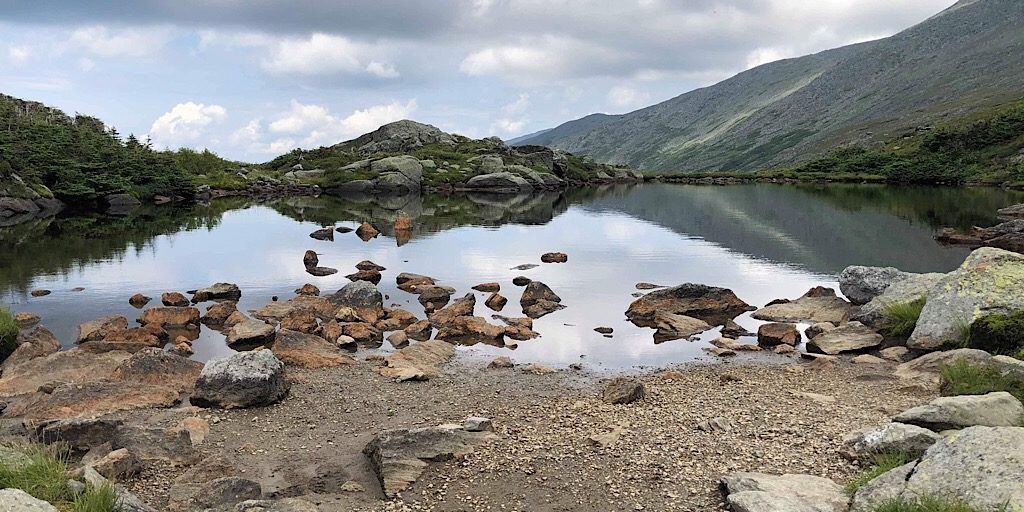 The first of two of the “Lakes of the Clouds.” 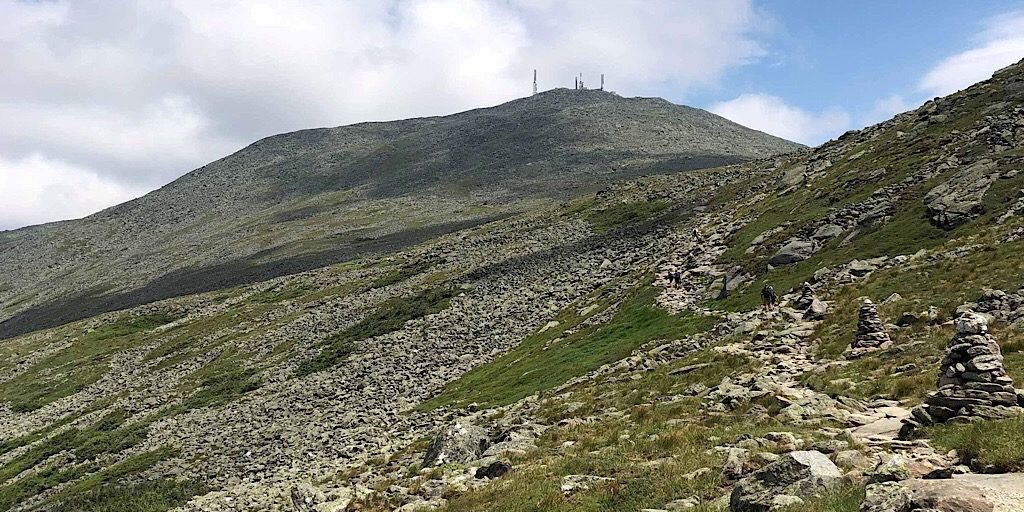 Already they are making great progress on Crawford Path. 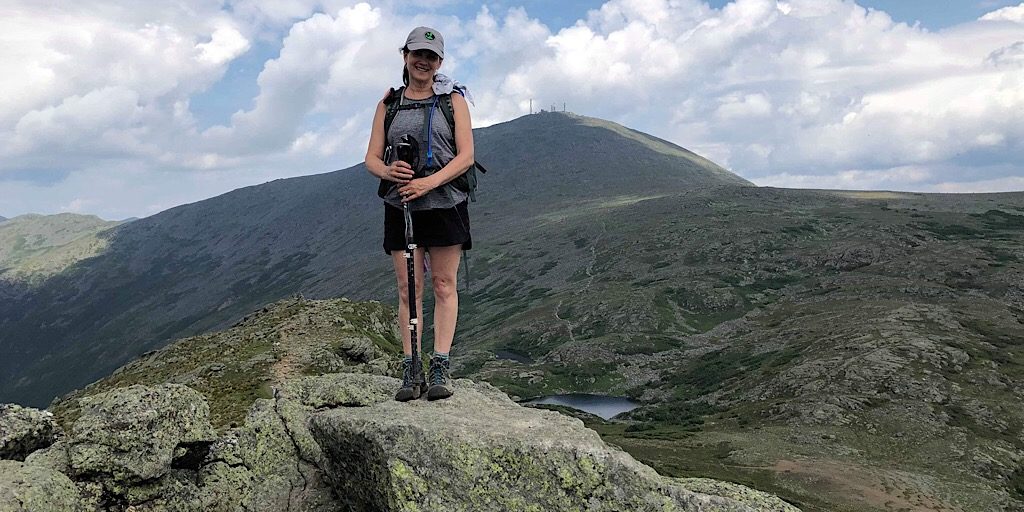 The summit of Mt Monroe. One of our favorites. 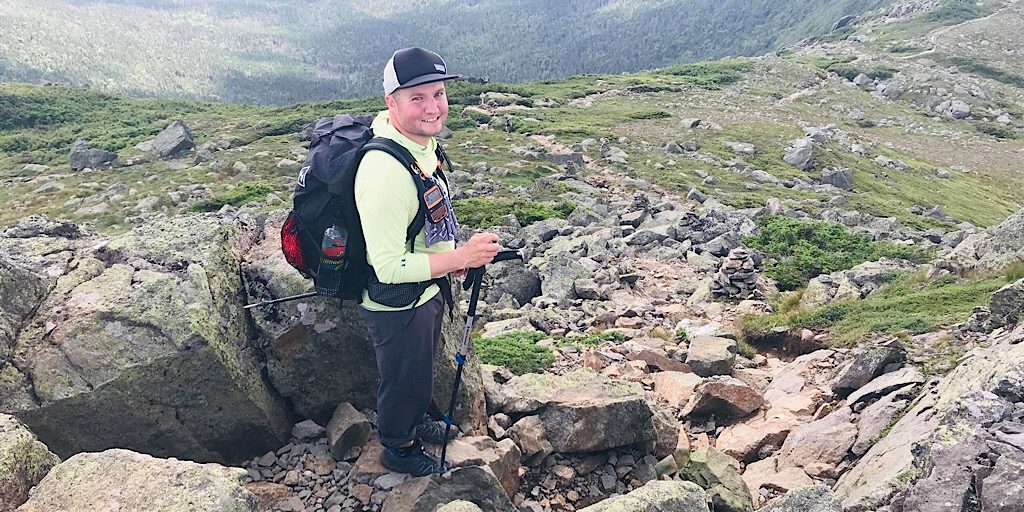 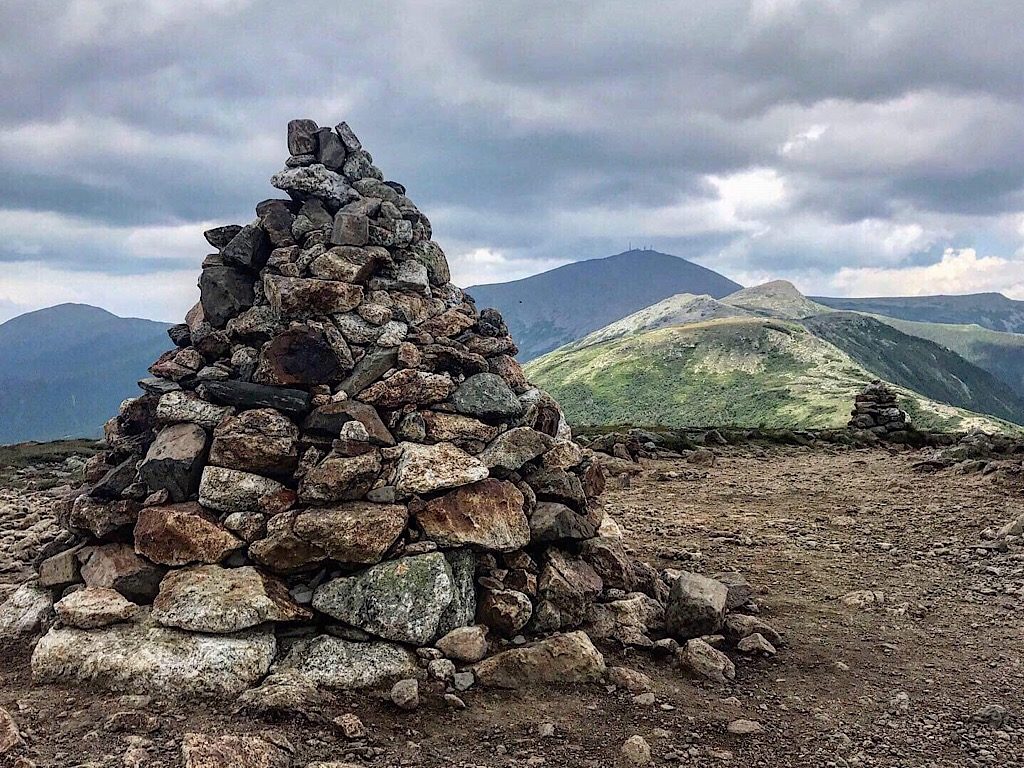 Next stop, Mt Eisenhower. Here they are looking back toward Washington. The miles are melting away. Guest photo. 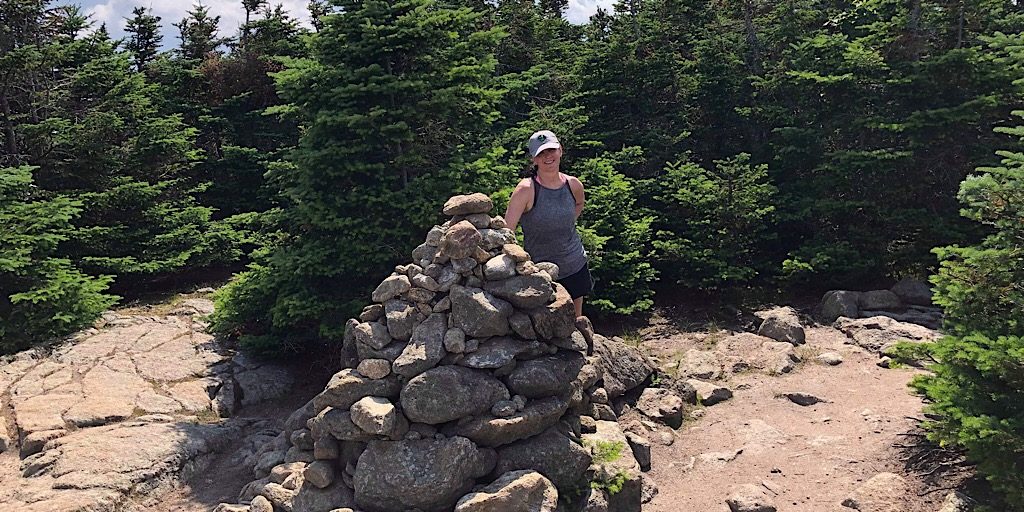 Last summit of the day, yes! They’re probably ready for a foot-soak, but we’re just guessing. 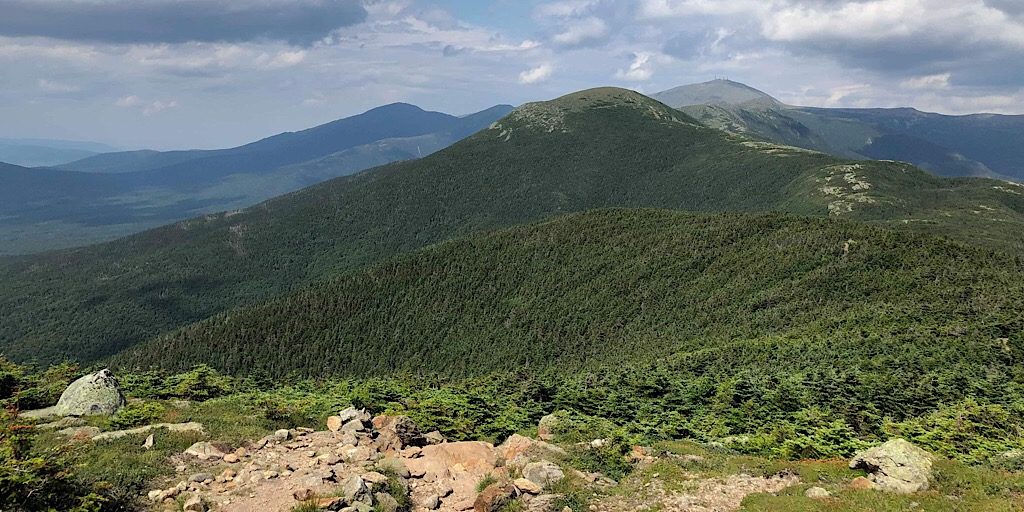 Before dropping into the woods for the hike down they look back. Wow, they hiked everything in sight and more!

Great lead, Ryan. And well done, team! You guys killed it! Thanks for choosing Redline Guiding.

An aside about other traverses…

We noted this trip was a Classic traverse, adding quotes in the text. This was intentional as there are other defined Presidential Traverses. For example, there is the “Full” traverse which includes Mt Jackson to the south, and the “Extended” traverse which includes Webster at the southernmost end. Though we don’t know of anyone who has actually done it, we have also coined the term “Hyperextended” traverse to describe one that includes Pine Mountain — thus it runs from Gorham to the Webster Cliff trailhead located at the 302/AT junction. There are even unnamed variations that exist. These traverses can take anywhere from one to four days to hike and there are myriad ways to do them, including certain summits or not including them, but the Classic is probably the most common.