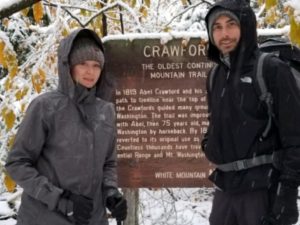 On the historic Crawford Path.

We expected a little early season dusting, but we ended up with a considerable amount of snow. As of Wednesday morning’s MWOBS’ report the summit of the 6288′ (1917m) Mt Washington had collected 15″ (38cm) of snow and rime ice with deeper drifts. Meanwhile down in North Conway itself the conditions were rainy.

We will admit, this affected our gearing-up decision-making prior to Redline Guide Jeffrey Shutak making his way through Crawford Notch toward the Highland Center. While we did ensure our guests, a couple from the United Kingdom, were well prepared, outfitted for the winter cold, snow, and wind, we opted against snowshoes bringing only traction. In hindsight, we could have used them. Frankly, we were taken aback by the amount of snow in the mountains this early. Surely the rain/snow line would be higher. A measurable depth at the trailhead was unexpected. It didn’t dissuade them, however, they were still up for a fun and exciting hike in the southern Presidential Range.

The day’s primary objective was the 4312′ (1314m) Mt Pierce, with the 4760′ (1451m) Mt Eisenhower as a possible second if the ground and weather conditions were manageable and our guests were seeking more. As it turned out, while they loved the knee-deep snow — and as the photos will attest, they made the most of it — they were good with the single summit opting to make their way back down the mountain the way they came. Here are some photos: 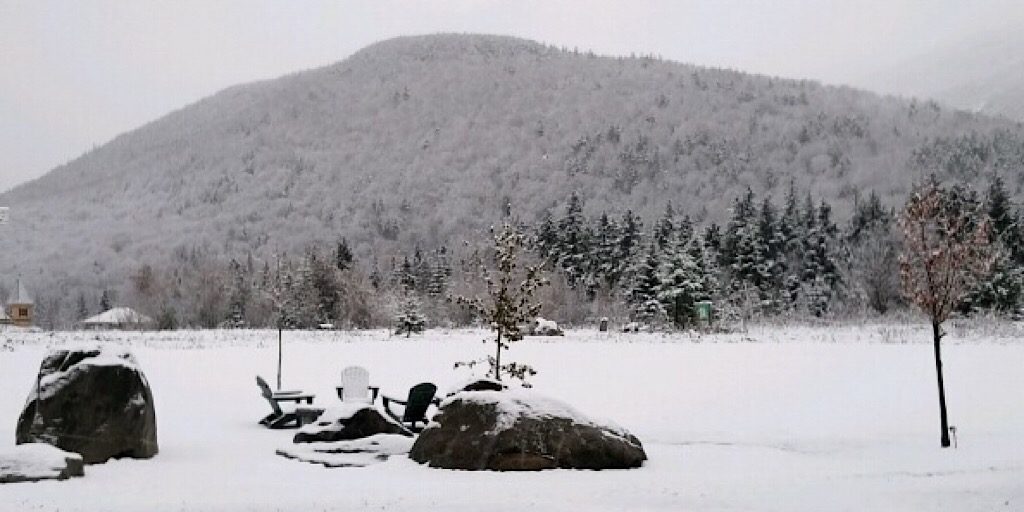 Conditions at the Highland Center. Photos by Jeffrey. 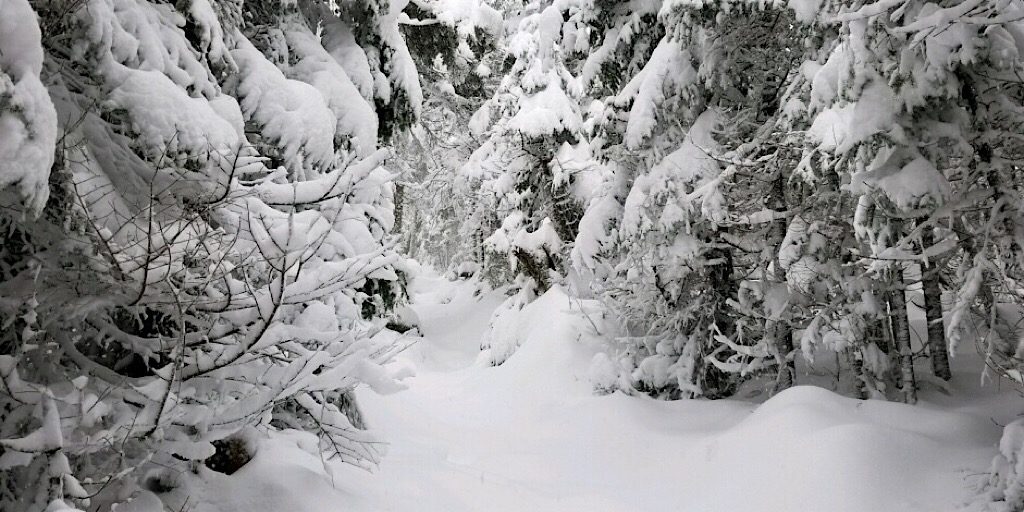 The corridor was filled in and unbroken. 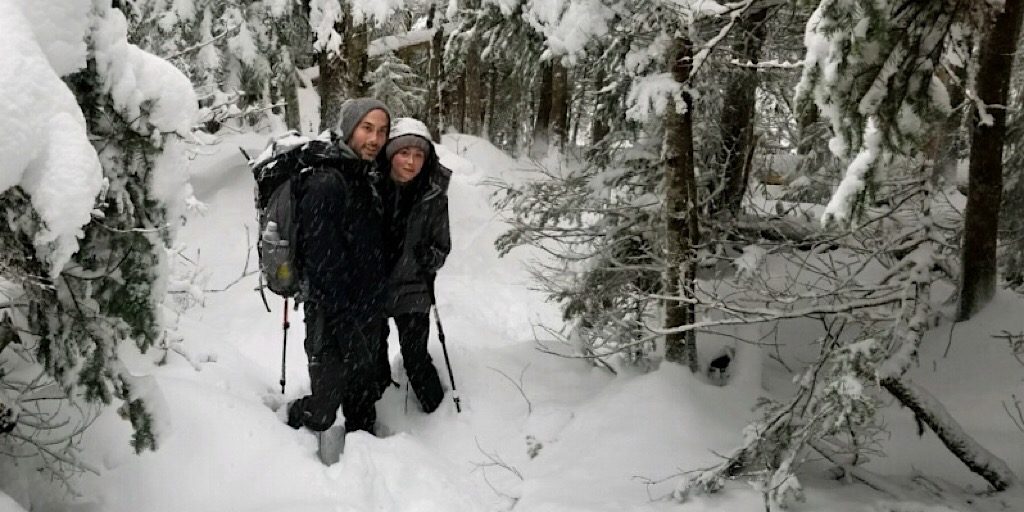 Not a common sight for this U.K. couple. 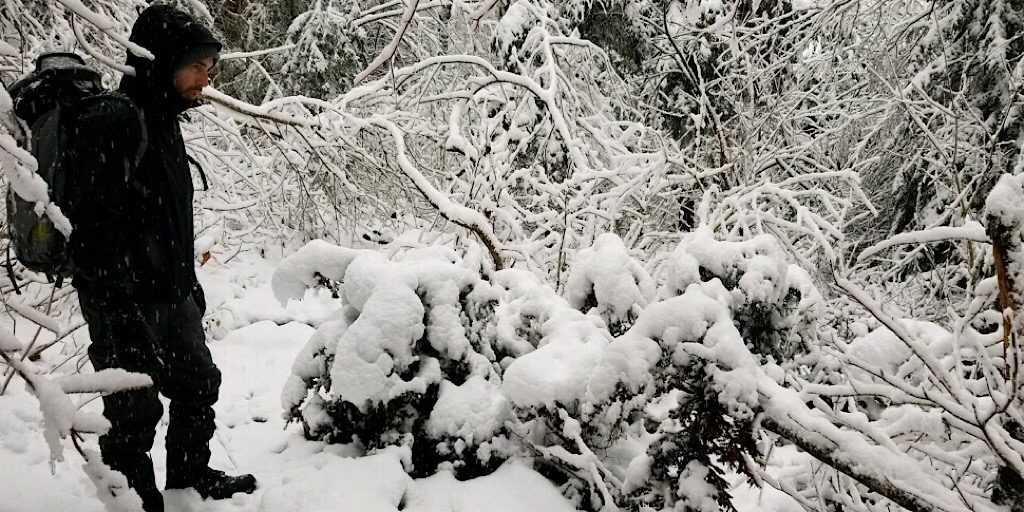 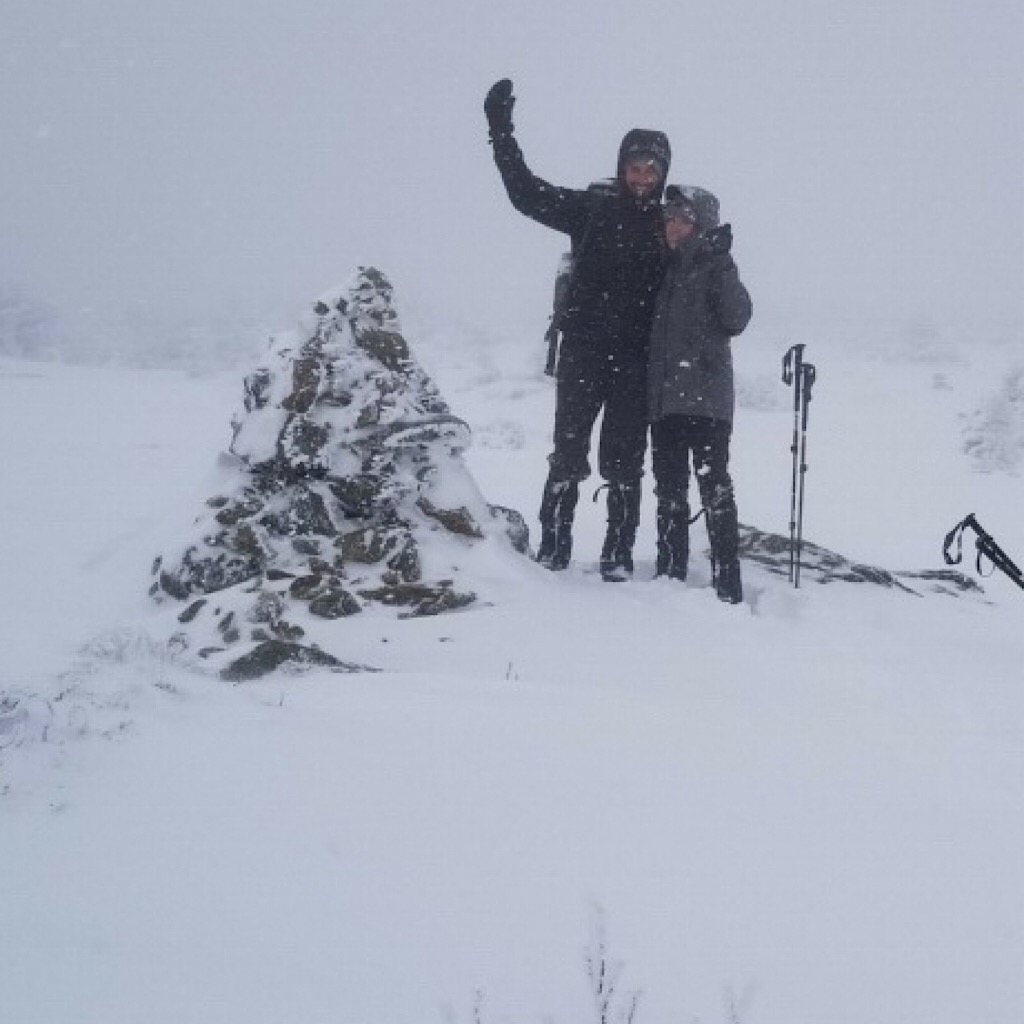 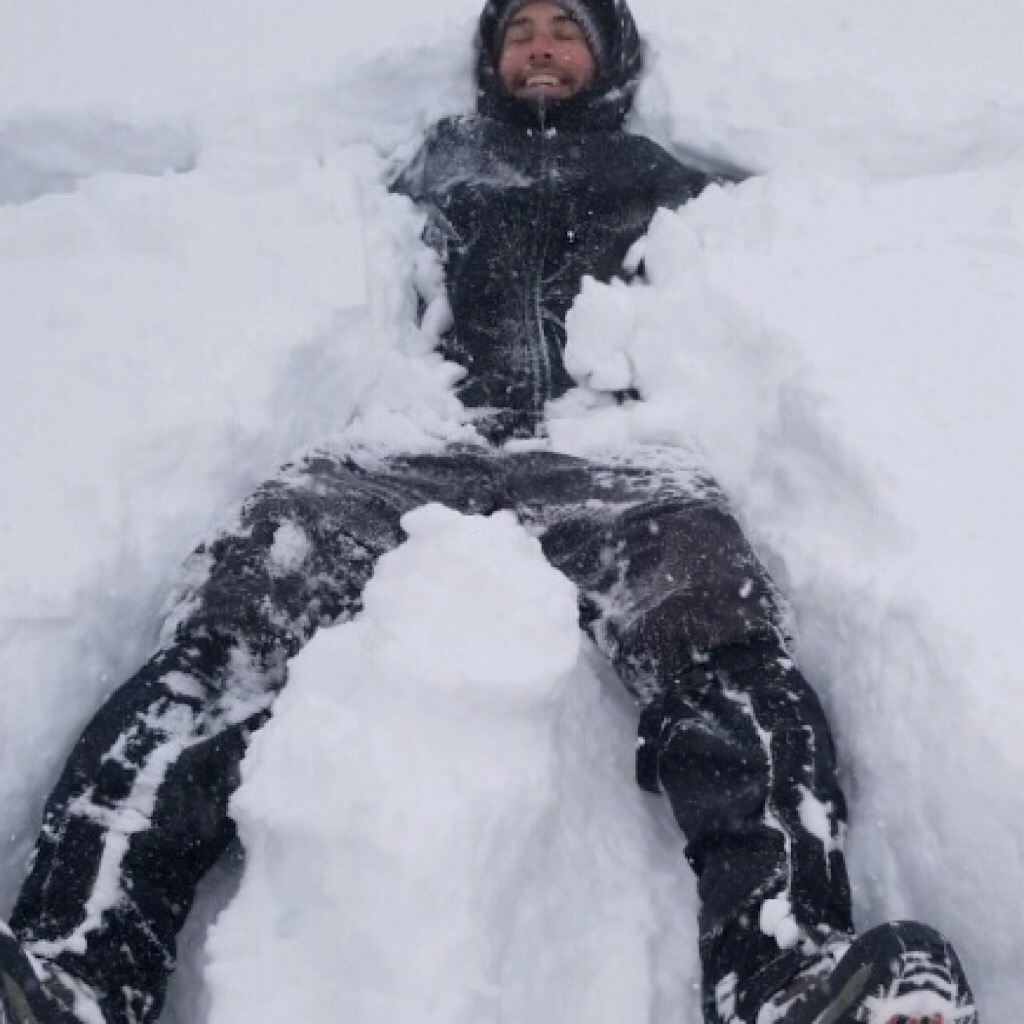 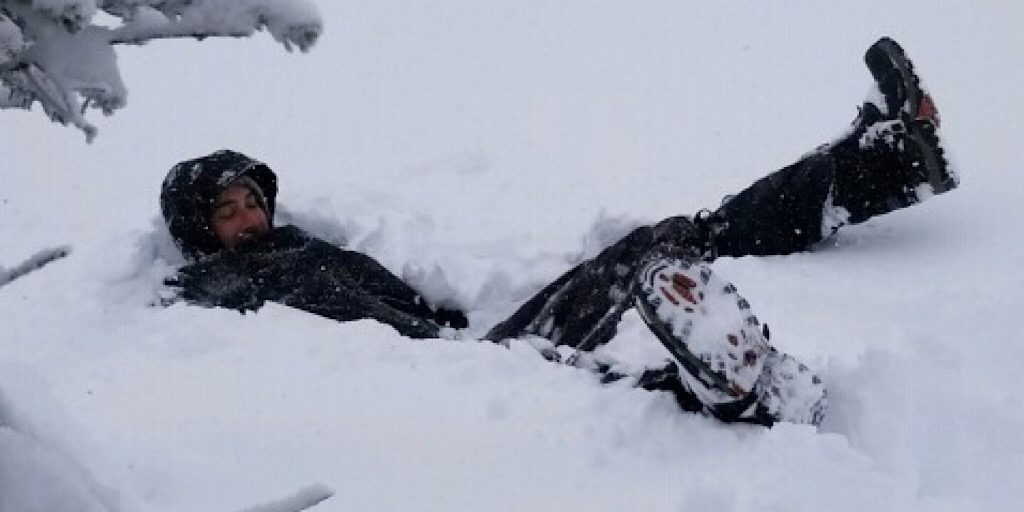 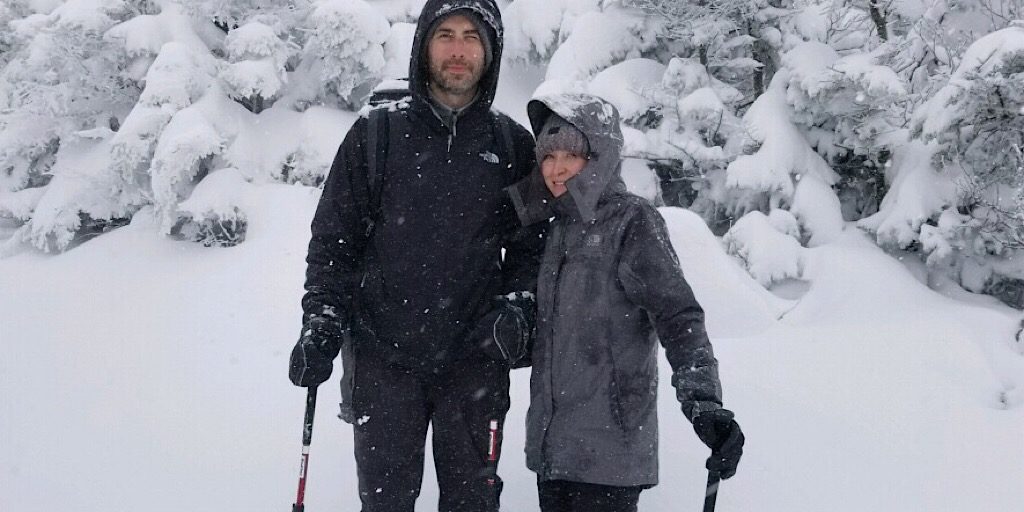 Our couple in a winter wonderland. 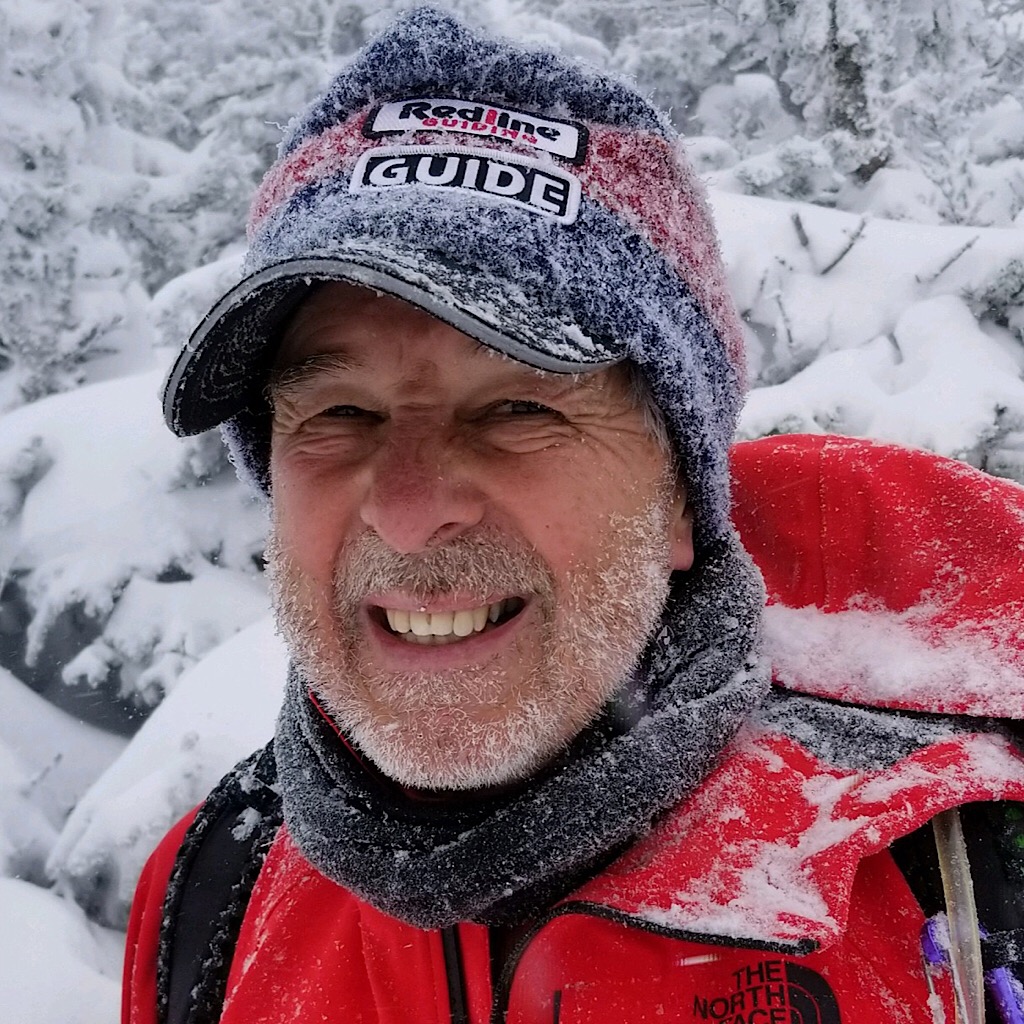 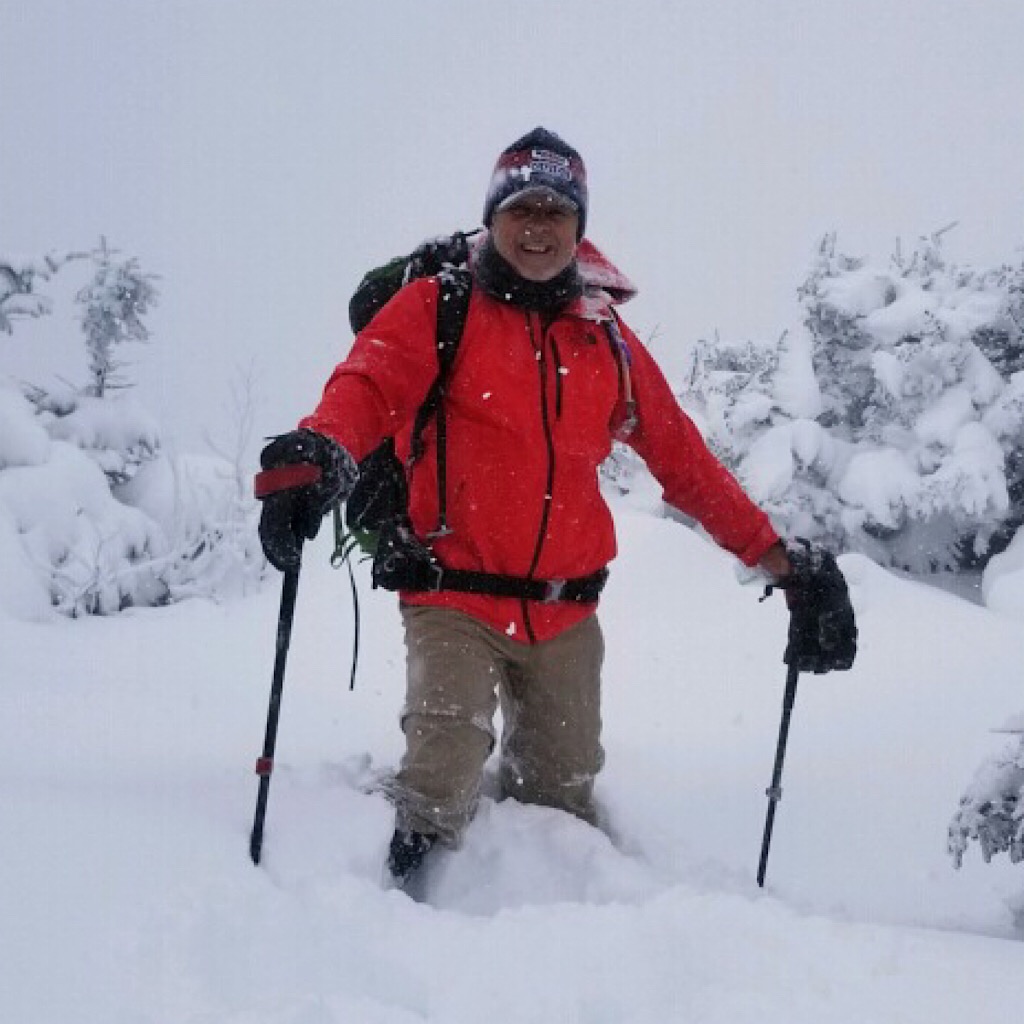 Up to his knees in work.

Back in town we were scrambling to have our studded snow tires installed on our van so weren’t trapped in town (we couldn’t even access the mountains). This is something we do in November, not in October. Winter has come to the mountains, but its grip will likely loosen considerably before we plunge headlong into the heart of it.

Congratulations Matthew and Antonia on your summit. And Jeffrey, well done, sir.