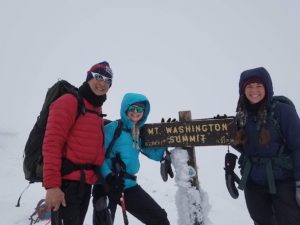 On the summit, momentarily in the clouds.

We’ve experienced a number of trips this season that ended up coming up short of the intended Mt Washington summit — some of those ending up on completely different mountains thanks to such rotten weather we didn’t even attempt the Rock Pile — so we were ready for a win. Redline Guide Jeffrey Shutak delivered the goods leading two guests, Delia (who returned to us after one of those different mountain trips) and Victoria to an elevation of 6288-feet.

The crowds were plenty on the trail in, as was snow, encountering an estimated one hundred other hikers according to Jeffrey. This didn’t deter from the experience our guests enjoyed and the views they appreciated, though. They were quite overwhelmed by the beauty and grandeur. They remarked what a beautiful state New Hampshire is. Victoria claimed she “really needed this” after the week she had. Jeffrey reports that she will be back for a full traverse this summer! Hopefully following a better week for her.

Before we delve into a few photos of the day, we should back up a bit and tell you how Delia and Victoria’s trip started. They drove up from yonder south of here Friday night driving directly to Jeffrey’s house — which he operates as a B&B. It’s a pretty nice base camp to be sure. So nice they stayed the evening after the hike, too. Jeffrey’s girlfriend, Bonnie, joined them for a celebratory spaghetti dinner. Jeffrey reported that Victoria contributed some excellent homemade garlic bread to the meal. Sounds good! Okay — now let’s check out some of those mountain images. 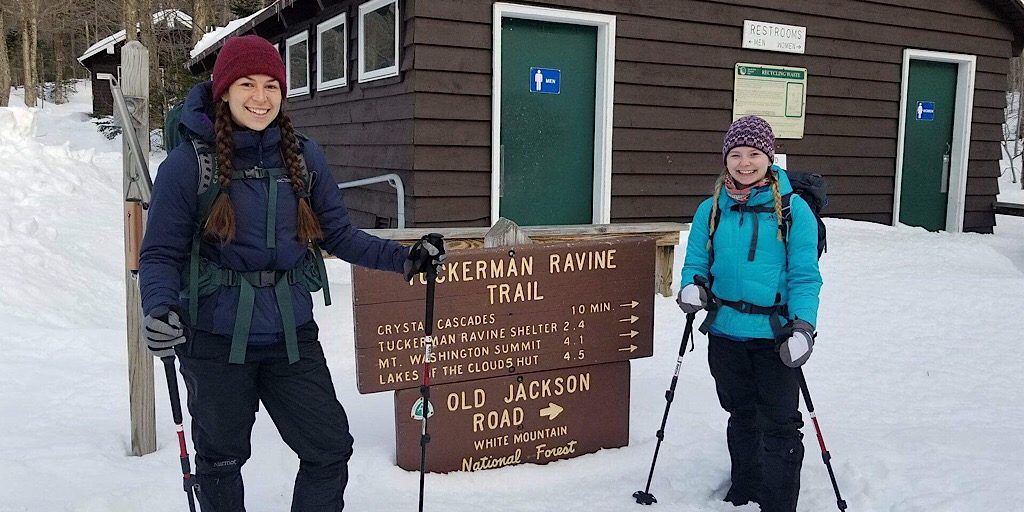 Starting out on the Tuckerman Ravine Trail. 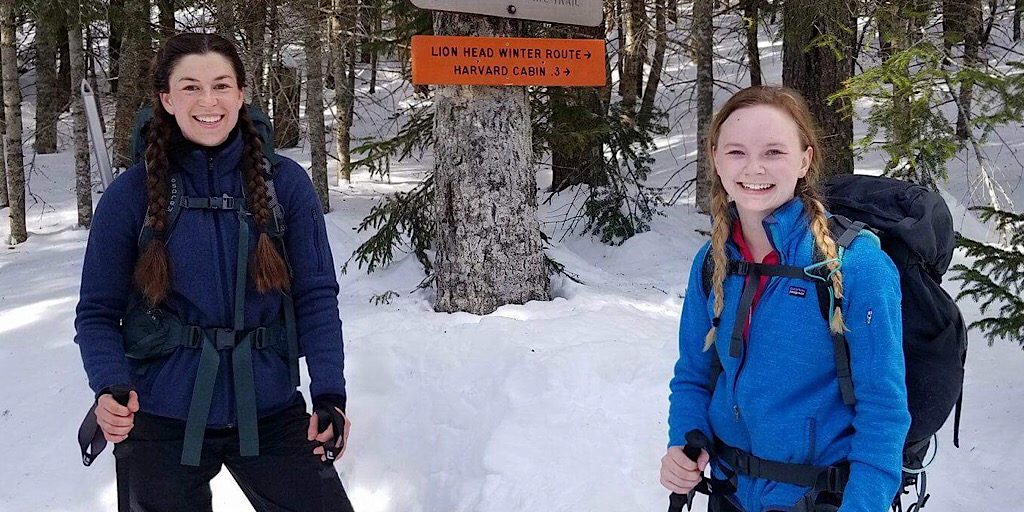 This way for the winter route. 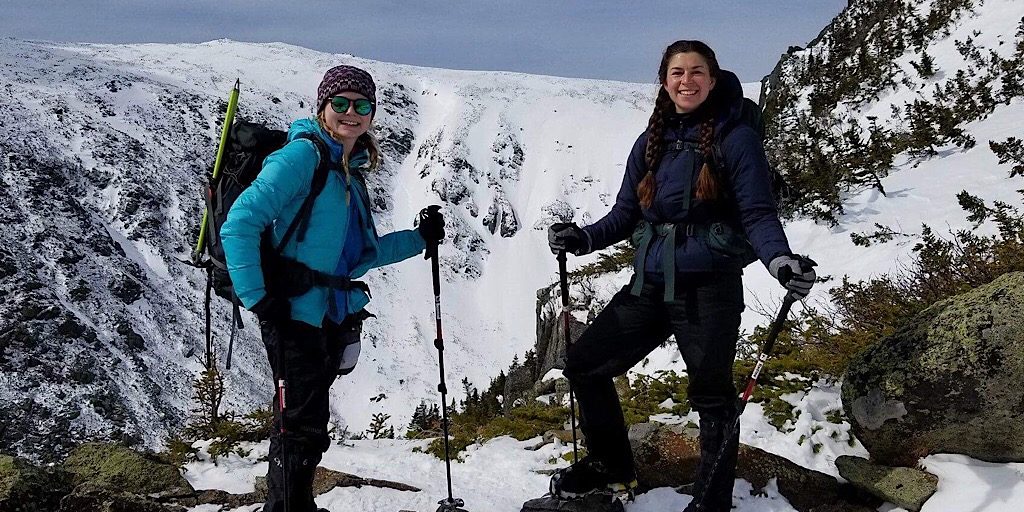 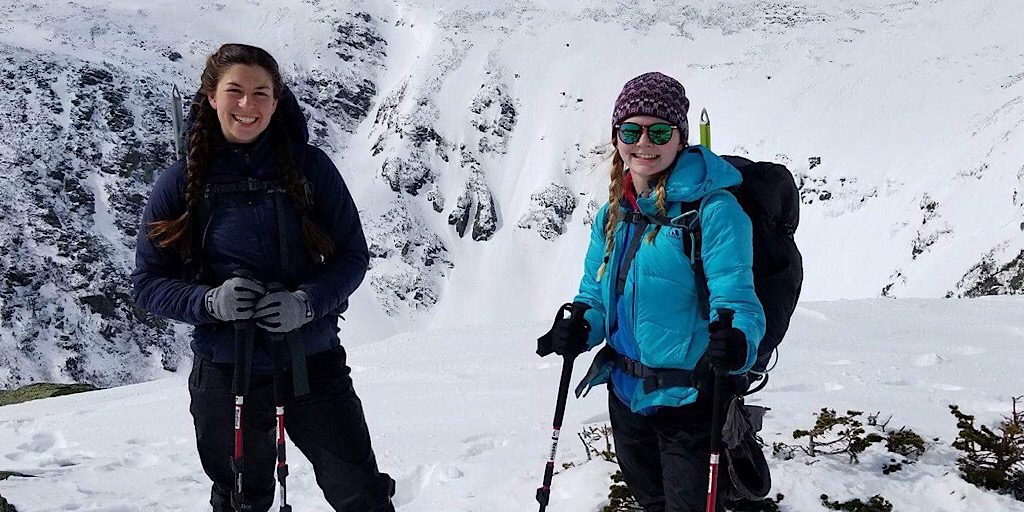 Behind them looms Tuckerman Ravine. 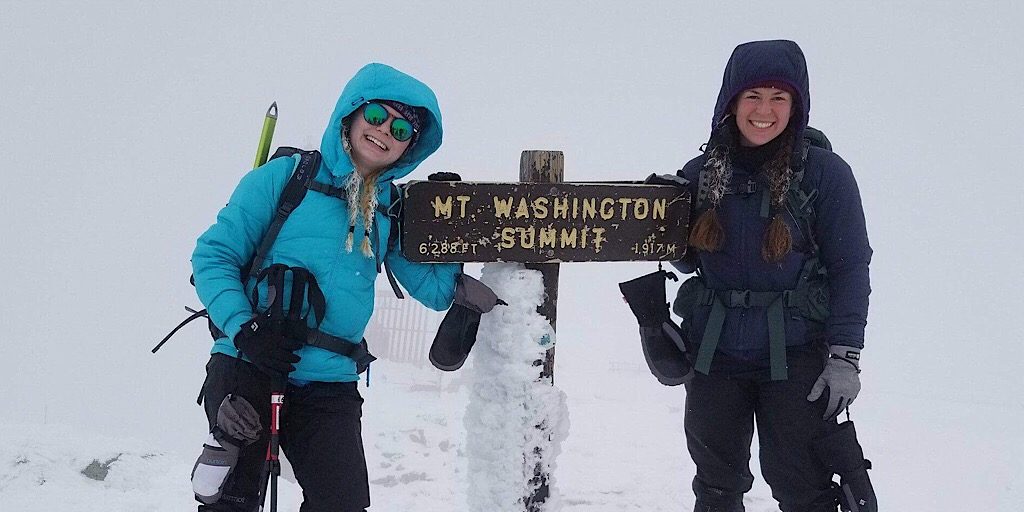 Congratulations on the summit. While it’s not a “winter” summit, it sure looks like one. 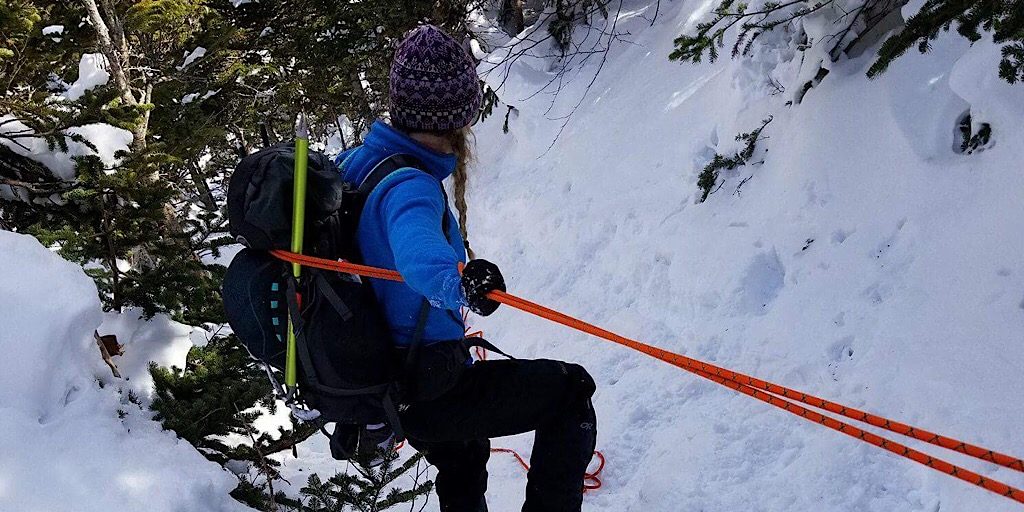 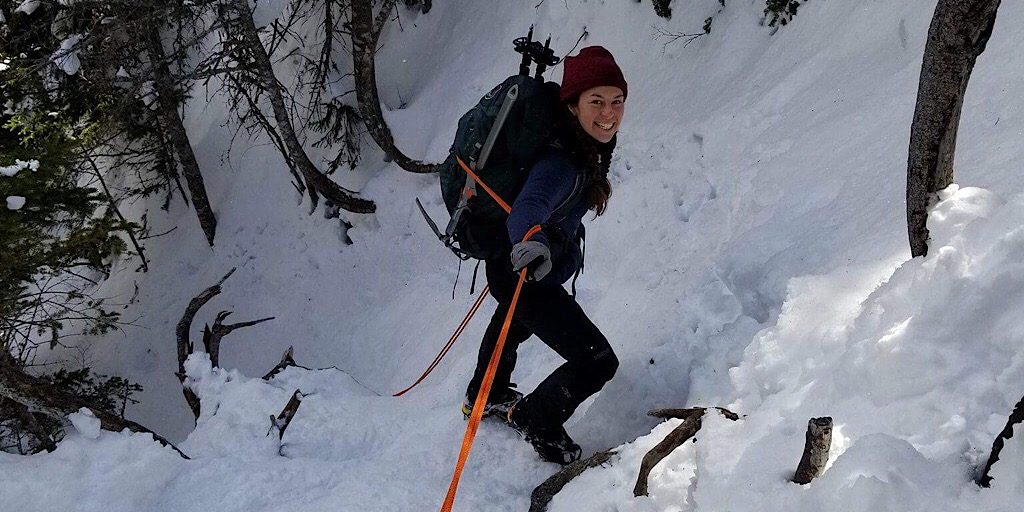