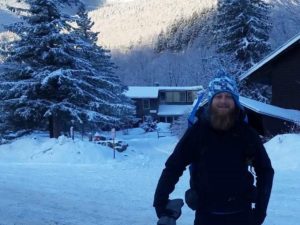 Das Boot, about to make way.

Remember Devin, a.k.a. Das Boot? We just lent him a hand. And then yesterday, with the help of Redline Guide Ken Hodges, we lent him another. This time on a shakedown hike traversing all five peaks of the Wildcat Ridge, the section on the Appalachian Trail (AT) running from the AMC’s Pinkham Notch Visitor Center to the junction of the 19-Mile Brook Trail via Lost Pond and Wildcat Ridge Trails. It’s a rugged, varied training ground that would offer some stiff but measured challenges. Perfect. They made good time, Devin’s legs getting back under him. Plus, since they were hiking a day section without overnight plans, some items were able to be left behind. Ideal for a more gradual conditioning.

We don’t know what is next — we’re on standby — but we have enjoyed our time with Das Boot thus far. Ken, in fact, said this evening during a post-hike debrief that he really liked Devin (and Ryan had said the same thing) and that it was fun to be part of this. We’re making history. In this time, during our travels and time with Devin, we also learned that he subscribes to something we believe in, though perhaps call it by another name, but that is “trail integrity.” We took it to mean looking after the trail, picking up, and respecting nature and others who share it with us. He didn’t spell it out in so many words, but that is our takeaway. Call it trail etiquette, LNT, or any combination thereof. It totally works for us. 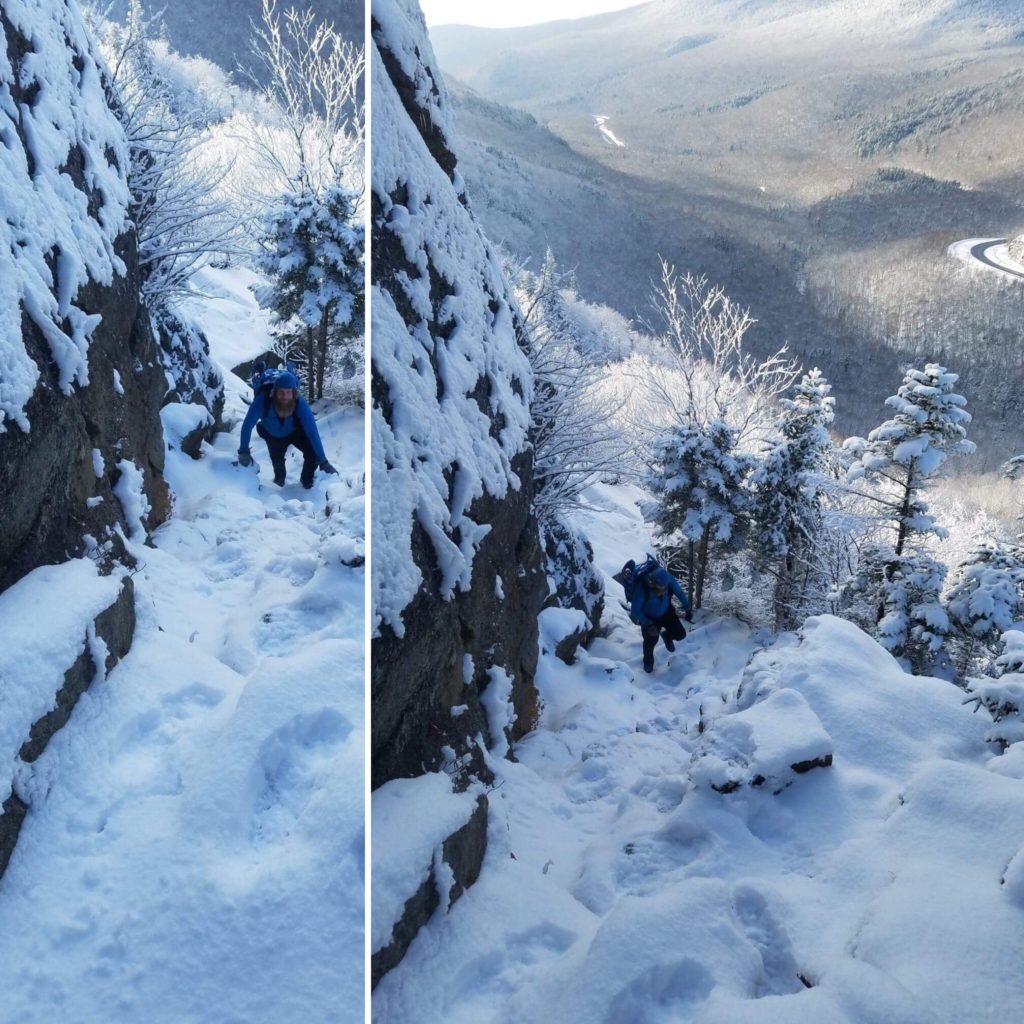 Devin’s recent training involving crampons was put to use on this stellar trail. 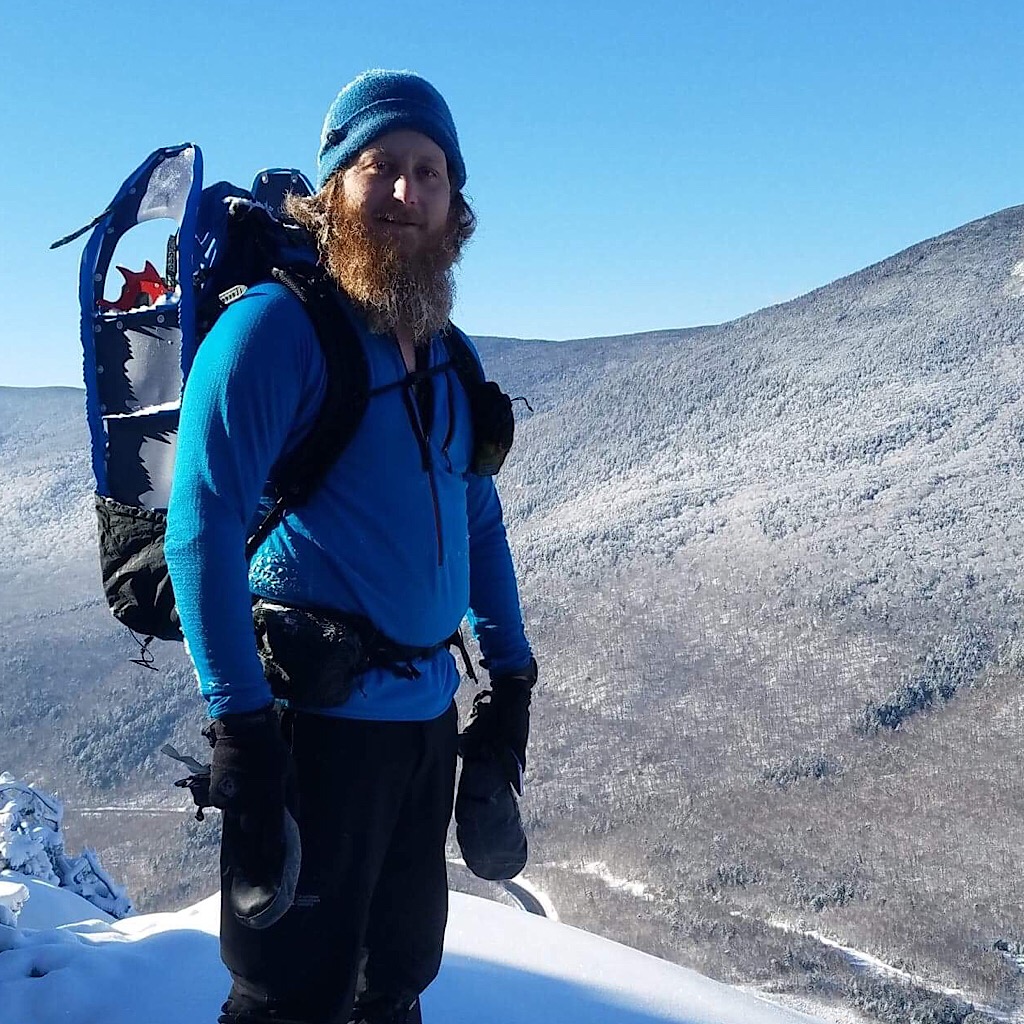 They picked a fine day for it. Temperatures were a perfect 15°F according to the ski area. 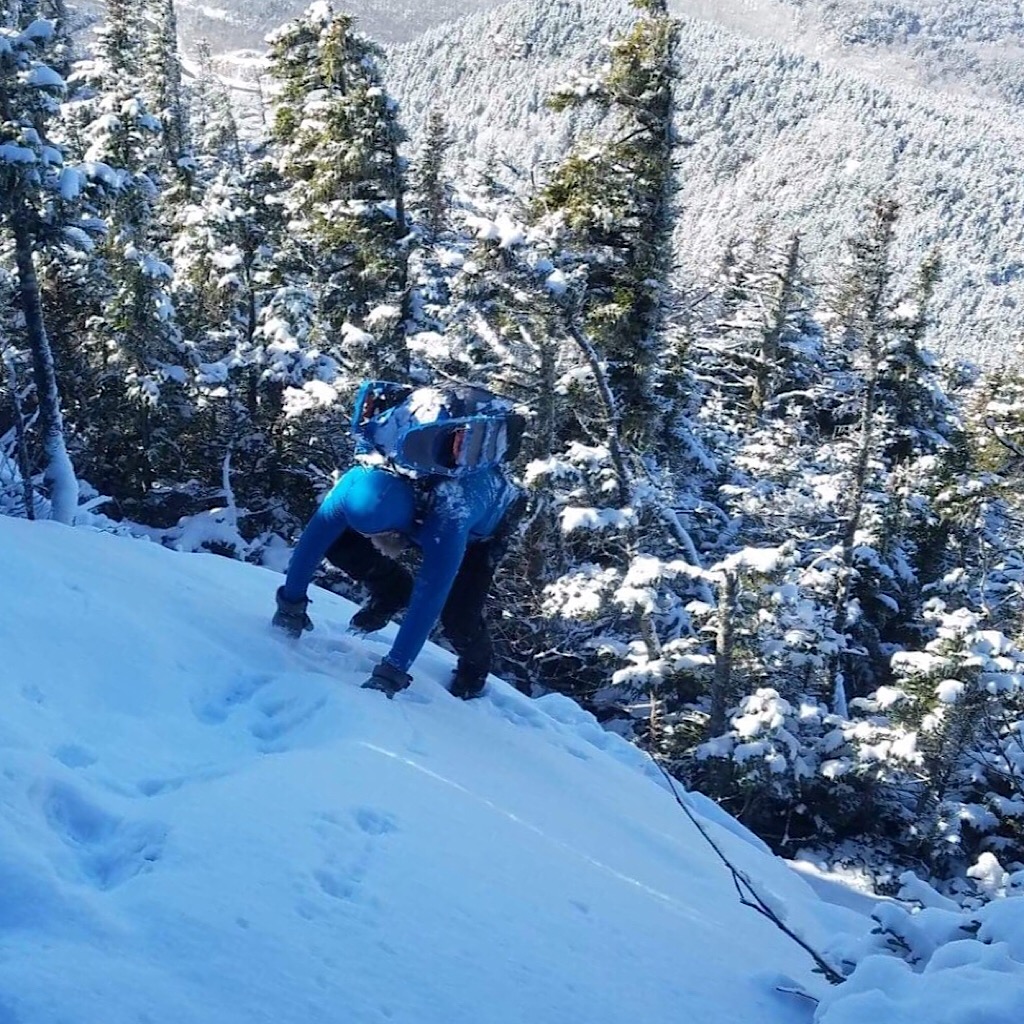 One of the tricky, exposed sections. No problem for Das Boot. 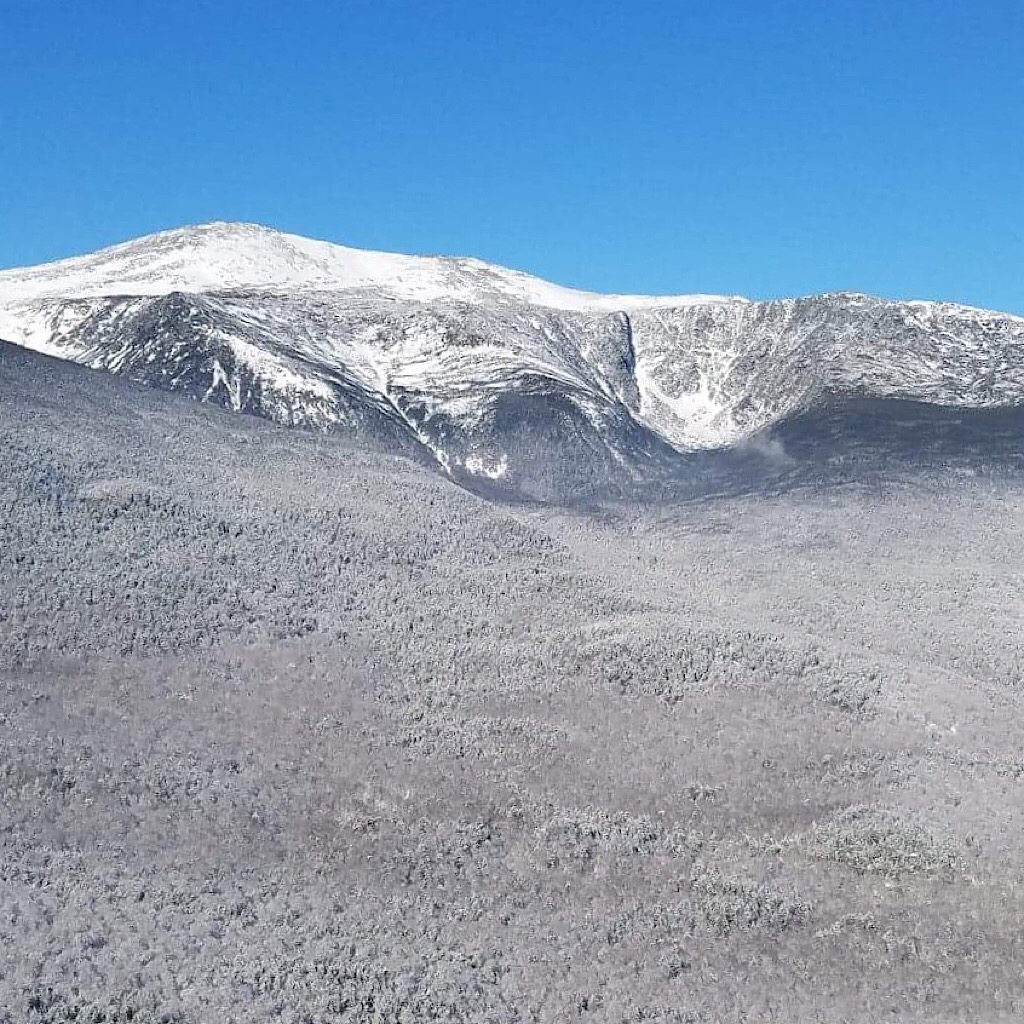 Mike picked them up at the end of the hike to return them to Ken’s car.