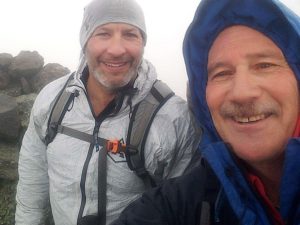 Cool and breezy… an enjoyable day!

That Redline Guide Ken Hodges is in the news again. The other day, while Mike was leading a Flume Gorge Tour, Ken was leading guest, Marc, on a Traverse of the Northern rim of the Presidential Range here in the White Mountain National Forest. Specifically Mts Jefferson, Adams, and Madison, ringing in at 5716-, 5799-, and 5366-feet, respectively. To accomplish this we created a plan to spot a car at the Dolly Copp Picnic Area the night before, to facilitate their exit from the Daniel Webster Scout Trail. The start would be on Caps Ridge Trail. Normally folks would park at the Dolly Copp Campground, but at this time of the year when it’s closed, doing so involves a road walk of nearly a mile. Our plan, instead, was to head from the trail directly across to Route 16 where the picnic area is, right across the Peabody River. With the water levels low as they’ve been, this ended up being a big time and mileage saver.

The following morning Ken and Marc set out from Jefferson Notch Road on the west end of northern rim. They ascended the beloved Caps Ridge Trail, summited Jefferson, then descended to the Gulfside Trail. The duo continued on Gulfiside, then detoured to Adams once they got close. After they summitted mountain number two it was time to head into the col between Adams and Madison. There they took a break by the now-closed hut since Marc had been experiencing some leg cramps. Even though Ken provided electrolytes, the cramps wouldn’t abate. It was decided to forego Madison and bypass it on the Parapet Trail. When Ken reported this we said it might have been easier just to go up and over, knowing how rugged the Parapet Trail can be. In hindsight, Ken agreed with our assessment. Nonetheless, Marc made it to the exit trail where the two descended.

When they got to the campground, as per our plan, they carefully bisected a construction area in the campground then crossed the river. This brought them directly to Ken’s car which we left the night before saving about eight-tenths of a mile. 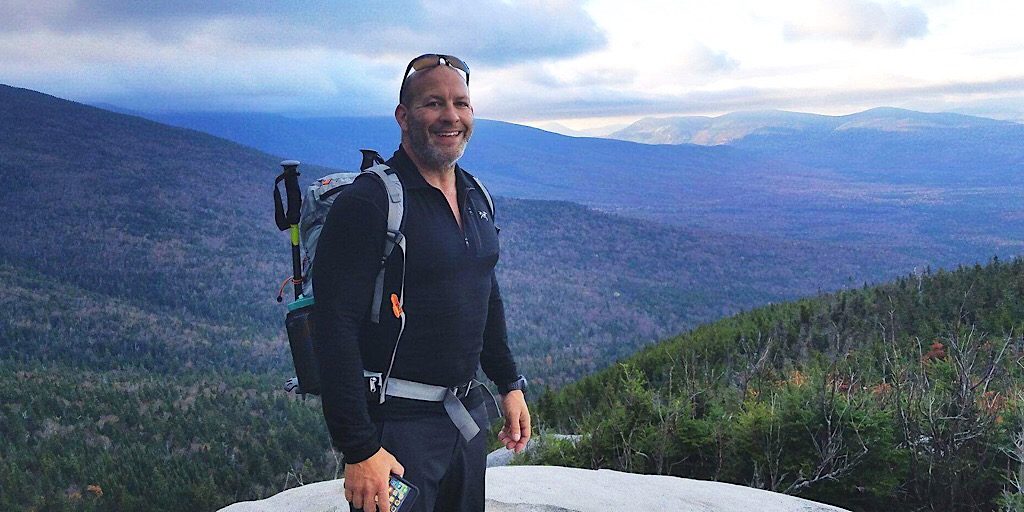 Our guest, Marc, enjoying the day’s first views. In 15 minutes they will be above treeline (though in the fog). 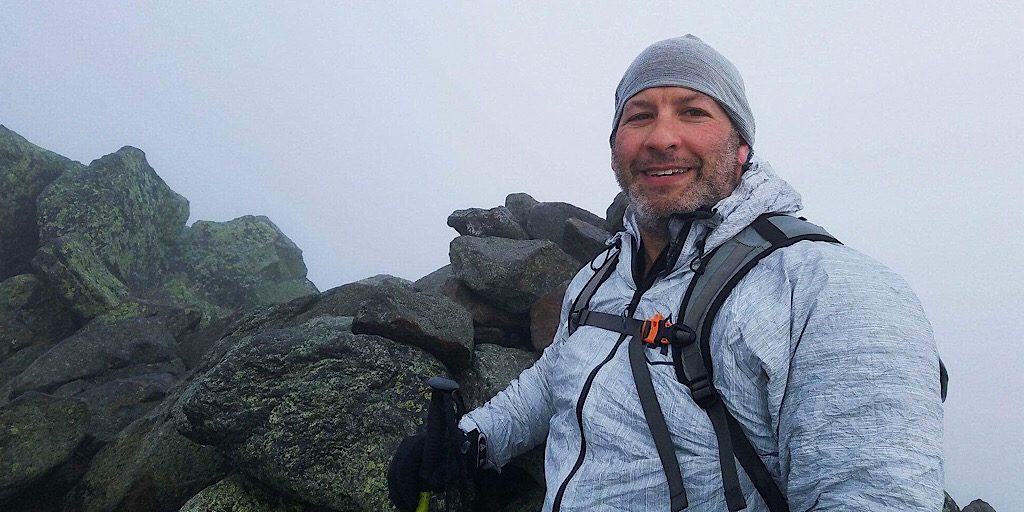 Marc has one of those sexy but pricy HMG shells. 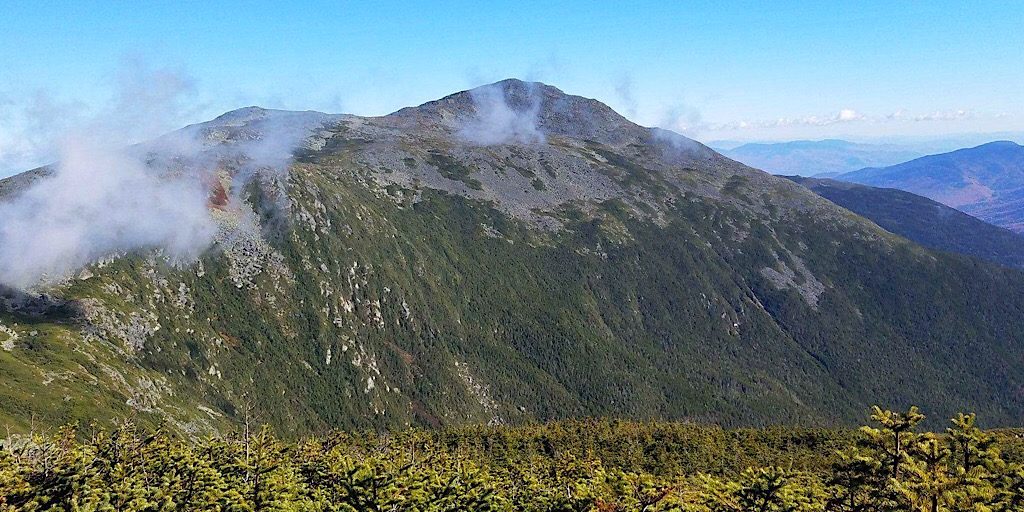 Looking ahead to Mt Adams from somewhere on Jefferson. 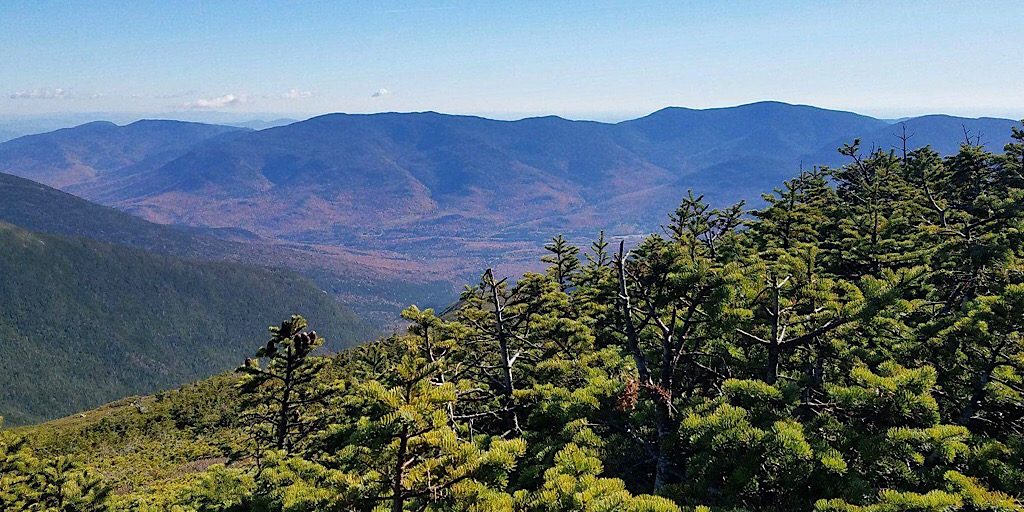 Looking across the Notch at the Carter-Moriah Range. 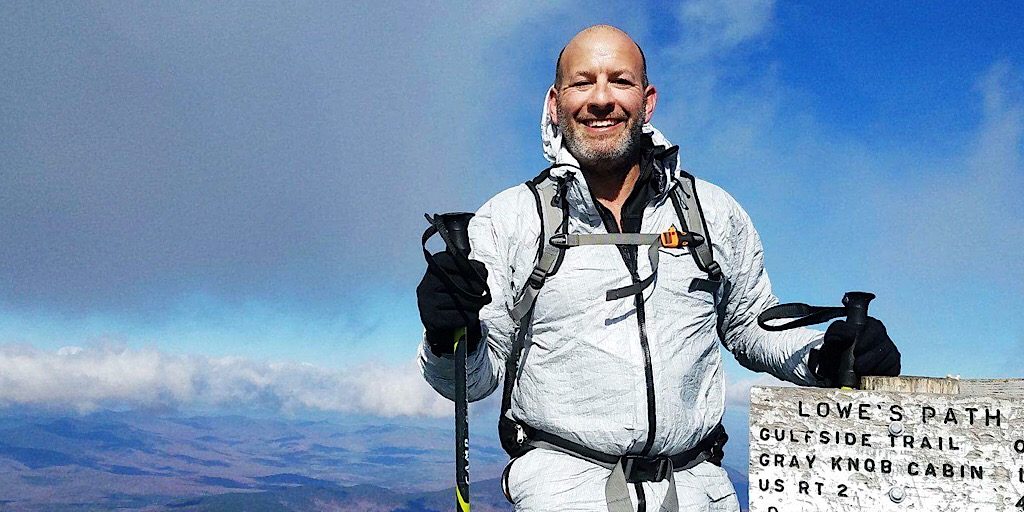 Marc on the summit of Mt Adams. 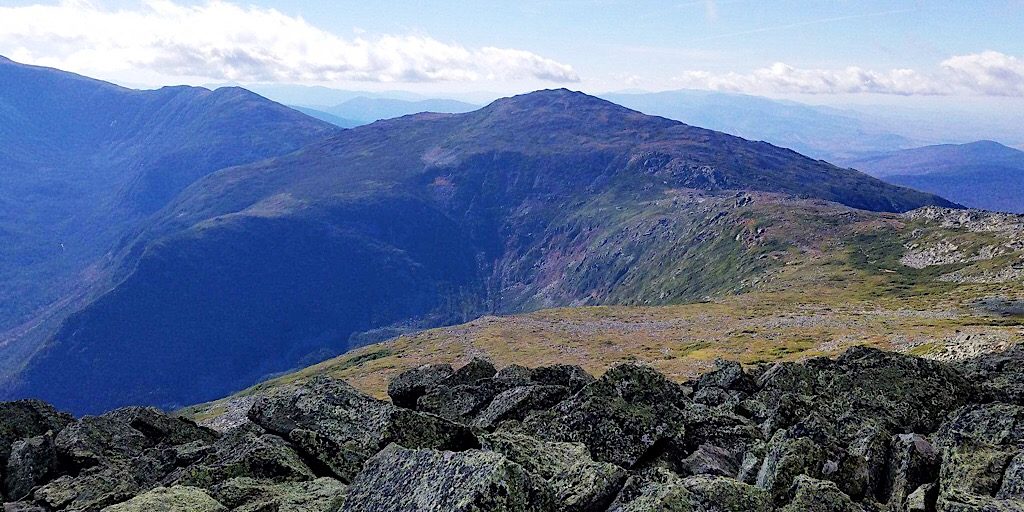 Looking back at Jefferson (and Clay) from Mt Adams. Marc bagged that one, too. 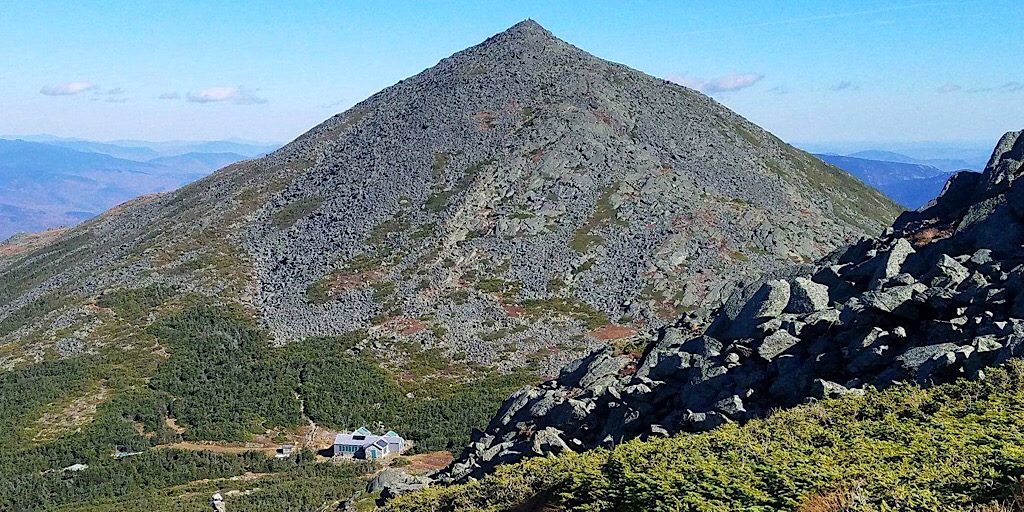 Madison is next, after a stop by the hut. That’s the plan, anyway. 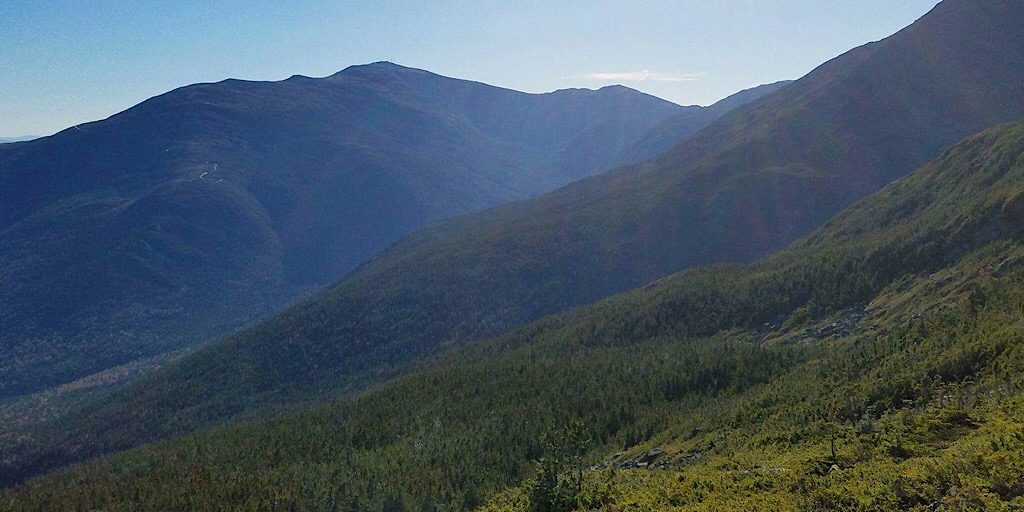 Looking over at Mt Washington from the Parapet Trail. 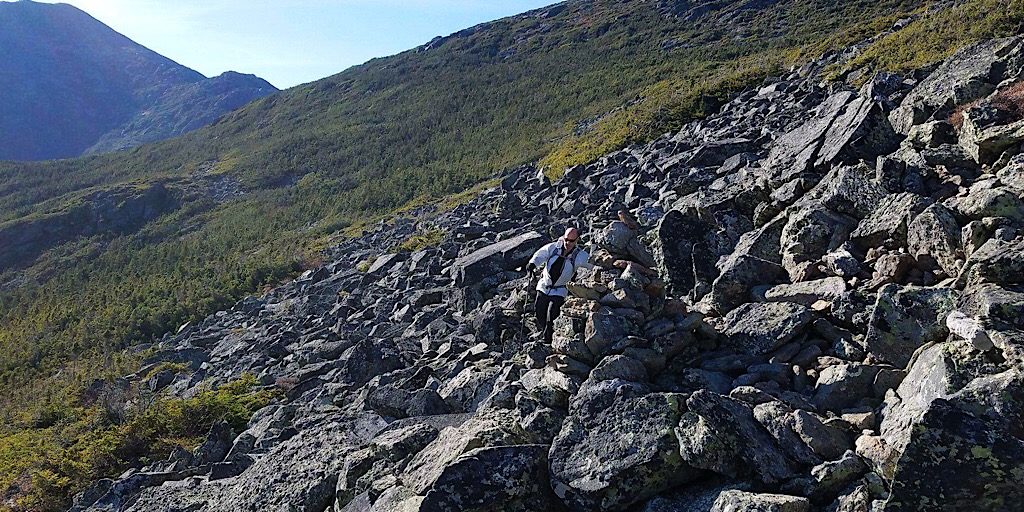 This summit by-pass is ruggged, to say the least.

On Wednesday, Oct. 18, our guest, Marc, and I set out to do a Northern Presi Traverse. The night before we spotted a car at Dolly Copp to save some time in the morning. We started our hike from the Caps Ridge Trail on Jefferson Notch Road, ascending to the summit of Jefferson in a thick fog with visibility of 50 feet and wind gusts of 40 mph. Once over the summit and on our way towards Mt Adams the fog started to lift but the wind gusts continued. We made leisurely time to Adams summit, soaking in outstanding views of foliage and summits as we walked. We continued down to Madison Hut where we had a late lunch and decided to skip the summit of Madison and hike around the Parapet Trail to The Daniel Webster Scout Trail. We had a nice hike out on a day that just kept getting better, weather-wise. Just before sunset we waded the Peabody River to our car spot. Another great day with an awesome guest! —Ken Hodges

Well done, Marc, you summited our second and third largest peaks… in a single day. And, Ken, great lead.