When plans A and B aren’t so sweet…

Despite our best efforts, planning, and imagination, sometimes, as they say, you just can’t get there from here. 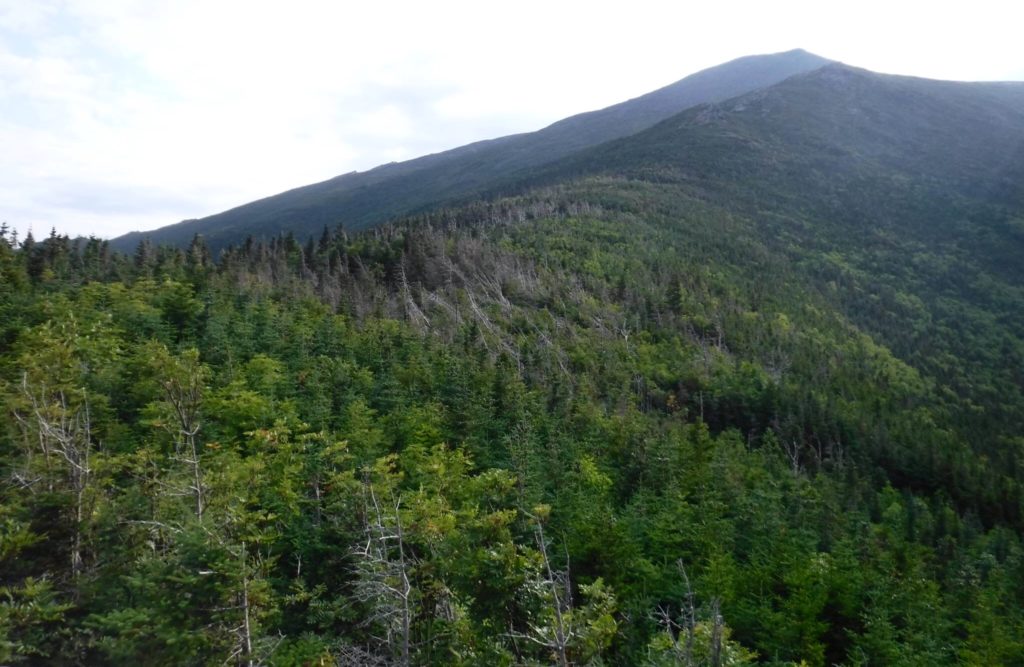 Mt Jefferson began as an intermediary goal on our quest to Mt Adams.

Our guides typically have a backup plan in mind when leading our guests into the White Mountain National Forest. This is recorded in our guides’ online checkout/checkin safety system — yes, we are backwoods hightech. Even something so simple as “turning around early” may qualify as an option.

Today our guests had a lofty but manageable goal, from long ago a once successful summit of the 5774-foot Mt Adams wanting to be re-lived and shared with a young man of thirteen, Preston. Priority one, though, was that the young hiker have a good time, this first foray was meant to be enjoyable! This meant minimal pack weight (without foregoing safety), and if we could avoid a demanding, hard pressed, and lengthy sufferfest, well… that would be good, too. The elder of the party, Stephen, was so serious about this, he carried some of the lad’s water (we took his food), and also entertained a rather interesting idea — because guides are supposed to propose such things. And interesting ideas our specialty here at Redline Guiding.

Inside the proverbial “box” of conformity, Mt Adams is taken from Lowes, Appalachia, or Randolph East, and on a hot, muggy day like it was today, it can be somewhat demanding for a new hiker. Okay, a lot demanding. Outside the box, which was where Guide Mike Cherim‘s head was at, was to try and maximize the fun, it was discussed and decided go via Caps Ridge Trail and get to Adams over Mt Jefferson. That was Plan A, and a good one at that. It’s a fun trail, one can get to treeline in an less than an hour, the mileage is less, and it begins at a much higher elevation. 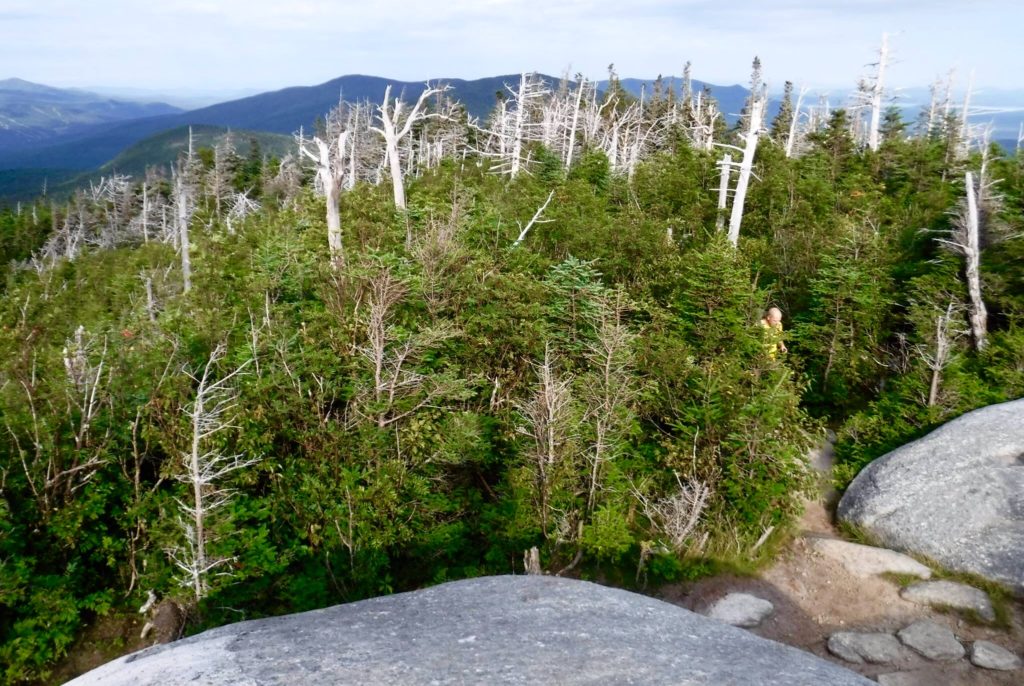 We take our first true break at the kettles rock.

Plan B, was to turn around earlier. Specifically (and probably) at Mt Jefferson, which at 5712-feet, is another prominent member of the Northern Presidential Range. The idea was well accepted, Preston gets the goods, those views, and that treeline experience. And even falling short on the day meant a Mt Jefferson summit. We got this! 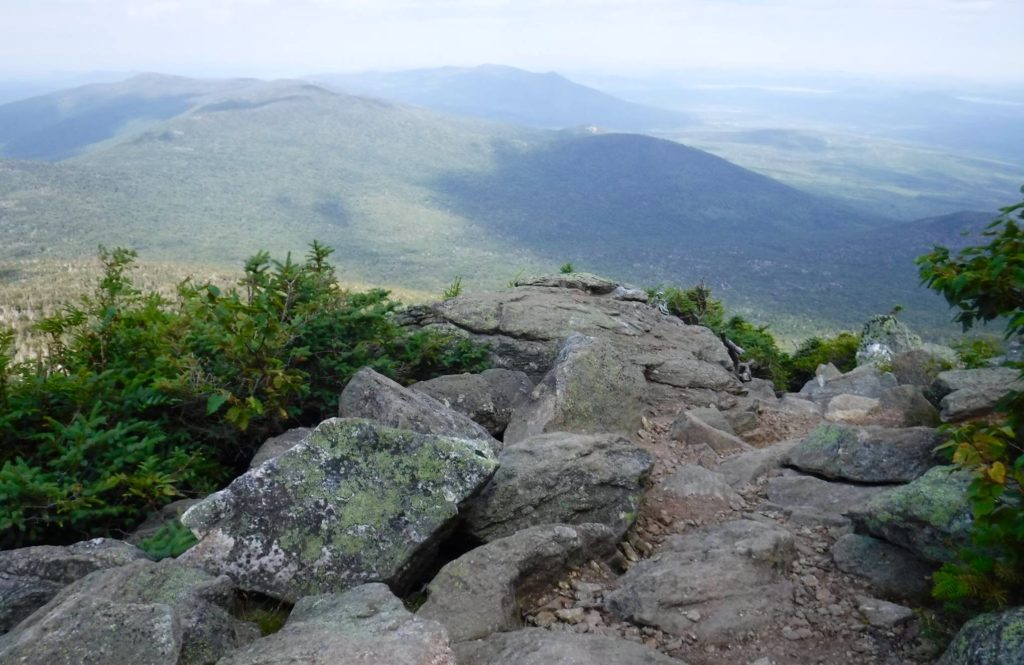 At the base of the first Cap the decision was made to keep it fun.

Wait. No, we didn’t have this. The lower scrambles were okay. Once, however, we got into the exposed scrambles on the Caps, the younger team member wanted no part of it? The scrambles coupled with the exposure was not his cup of tea. Stephen was okay, then suggested we turn around. Between the kettles rock and being at the first Cap, the views were stunning. The experience was actually happening. Aside from the idea of continuing, Preston was loving it. Stephen was satisfied. We wanted to keep it fun. Turn around we did, albeit reluctantly. 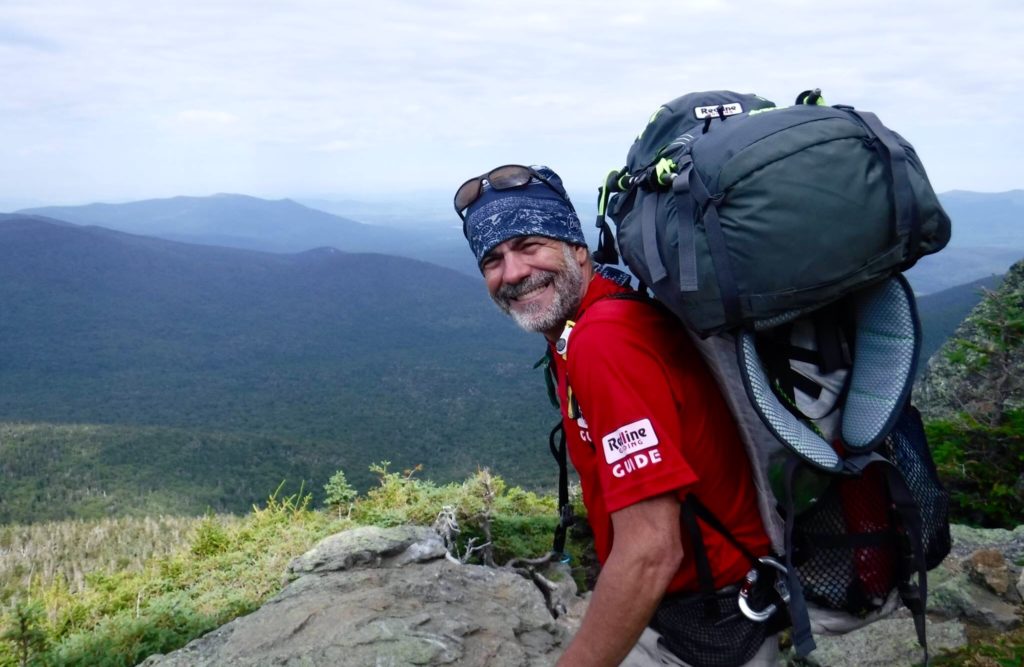 It was early, though, and if views and something a bit more pedestrian was on tap somewhere, we wanted to pour more. The Sugarloaves came to mind. They’re close, offer some options, and offer more views, one being a view of Sam and Abigail Adams, Mt Adams, Jefferson, to the east, and many others, of course. We threw this idea out there and Preston was into it after some consideration during our descent.

We drove to Zealand Road and parked at the lot for this pair of mountains. We then hiked up Middle Suagrloaf, the higher of the two at 2539-feet. Here’s how it played out, in photos… 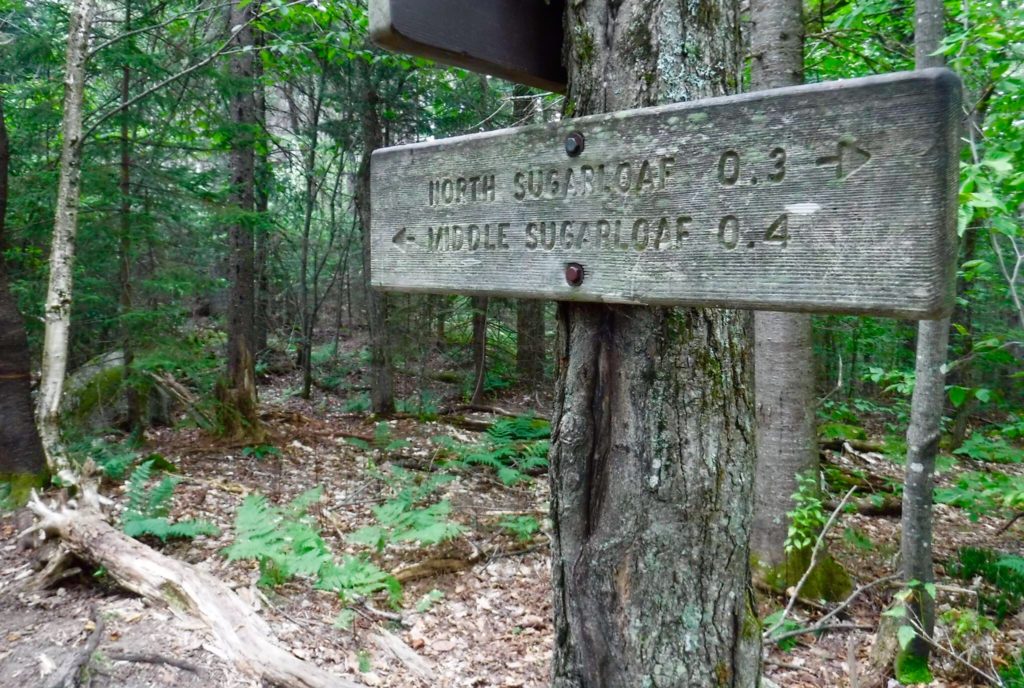 This junction is less than a mile in. We opt for Middle Sugarloaf. 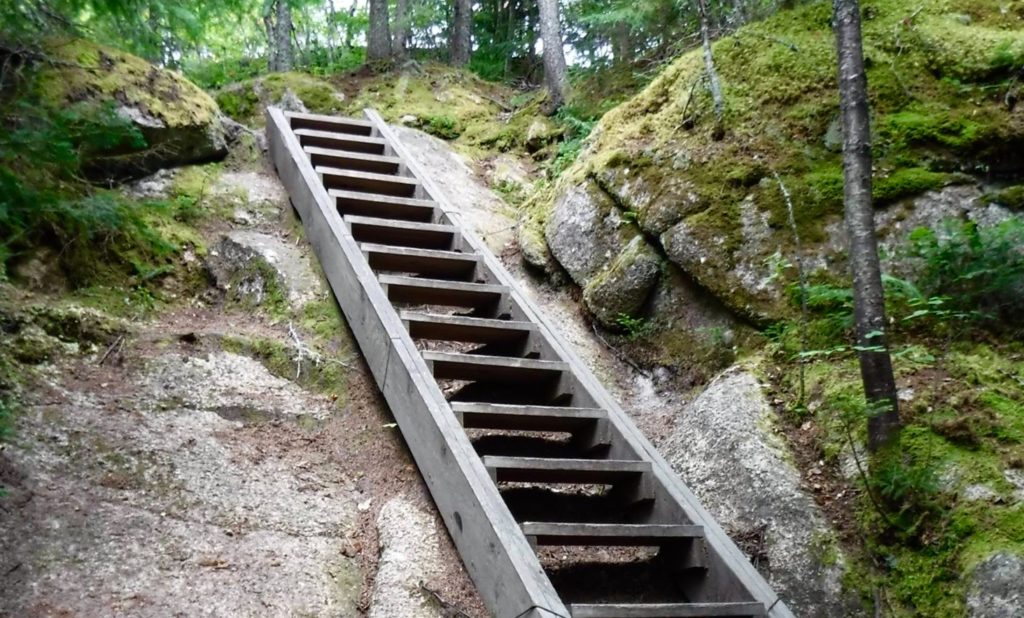 First we must negotiate these steps. 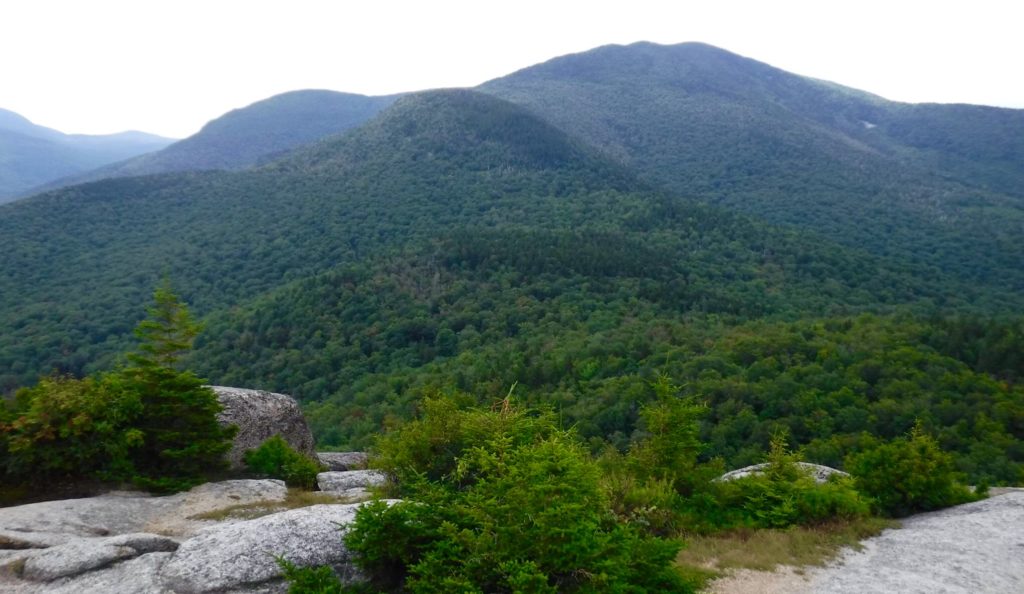 But then we are there. Wow! 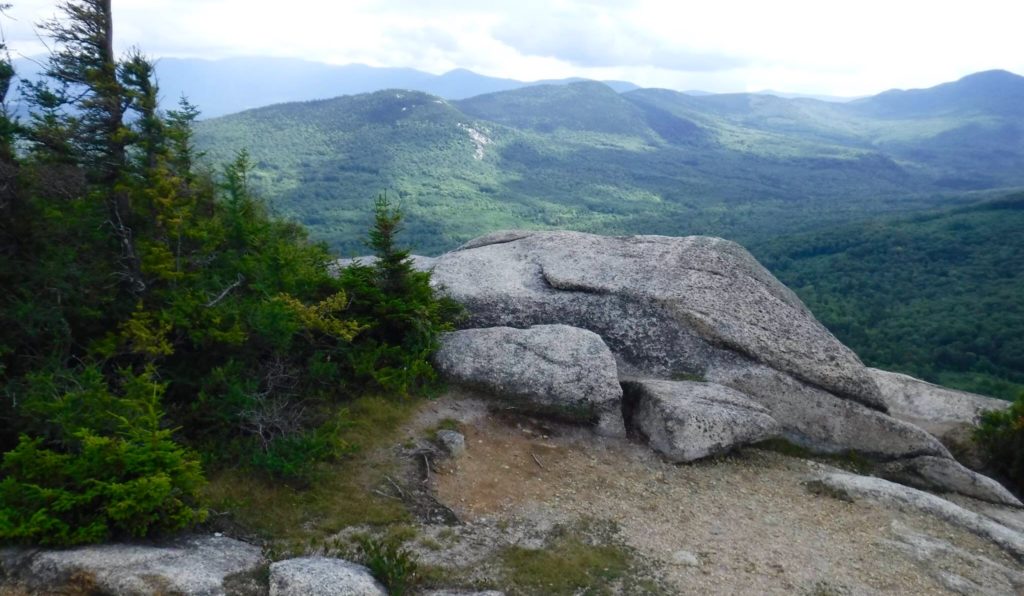 We stop for lunch. 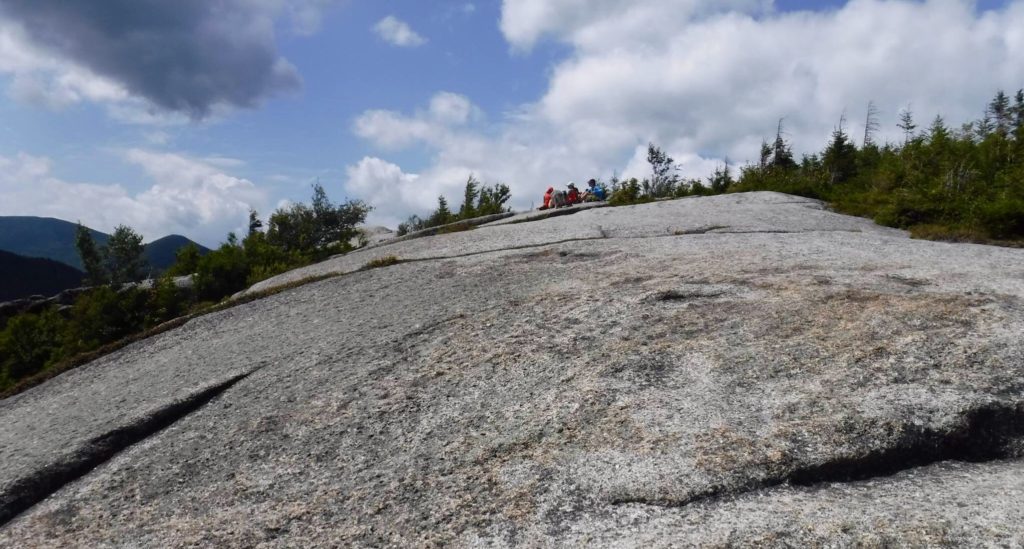 We had the summit to ourselves, at least for a while.

All in all, the day was a big success. If, that is, we are measuring on the fun scale. Well done Stephen and Preston!

Note: Guest photos were not taken or posted at the request of our guests. When booking with us, we do provide a model release as part of the booking process so that our guests have better control of their privacy. That’s pretty important to us.