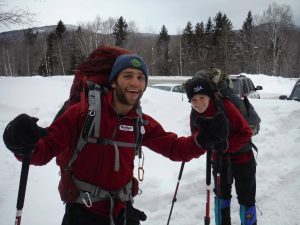 William and Caitlin, ready to roll.

Redline Guides Carl and Mike had a mission: ascend Mt Adams with guests William and Caitlin as far as Gray Knob — a treeline-situated cabin owned and operated by the Randolph Mountain Club. Once there they would partake in some varied training. (Due to the prior experiences of the guests, Mike felt some basic awareness level avalanche training would be fun and interesting.) The following day they would make an attempt on Adams’ rugged, pointy 5799′ summit with the help of Carl.

They quickly made it up to the cabin with guide Carl leading the charge while Mike swept. It should be noted that Carl is also one of the Gray Knob caretakers and an expert in this particular area so our guests enjoyed the added value of area insights and information not known to many (Mike enjoyed this, too). After arriving and enjoying the training, Mike descended the mountain while William and Caitlin stayed with Carl, explored the area and visited another cabin called Crag Camp… then basically got into the whole Gray Knob vibe. They loved it. They ate, a lot, and enjoyed a beautiful sunset, then marveled at the millions or even billions of stars visble from up there.

The next day, after a soul-quenching coffee courtesy of the caretaker on duty, Justin, they ventured out and found they were socked in above treeline and the winds were slightly concerning. Visibility being the biggest issue, Carl led them as far as “Adams 4” — a 5355′ sub-peak of Mt Adams now officially called “Abigail Adams.” They did venture a bit further but as soon as they entered the expanse of nothingness between Abigail Adams and Thunderstorm Junction on their way to the main summit roughly seven tenths of a mile away, the clouds swallowed anything and everything that could be seen. A complete whiteout.

Couldn’t see Abby, Sam, the trail, cairns, tracks… just drifts past Abigail. Caitlin had commented on some wind moving her around, but it was pretty light compared to the forecast 105 mph gusts. We were somewhat sheltered in the snowfield but I knew a couple hundred yards further the wind sets in hard. It was really fun playing in the whiteout for a few minutes, sticking close to Abby and on Lowes Path, confirmed only by my sense of the trail —Carl

Carl wisely retreated with the duo, stopping along the way to investigate the Knight’s Castle and other points of interest. After speaking with William and Caitlin later on, they really appreciated the experience. 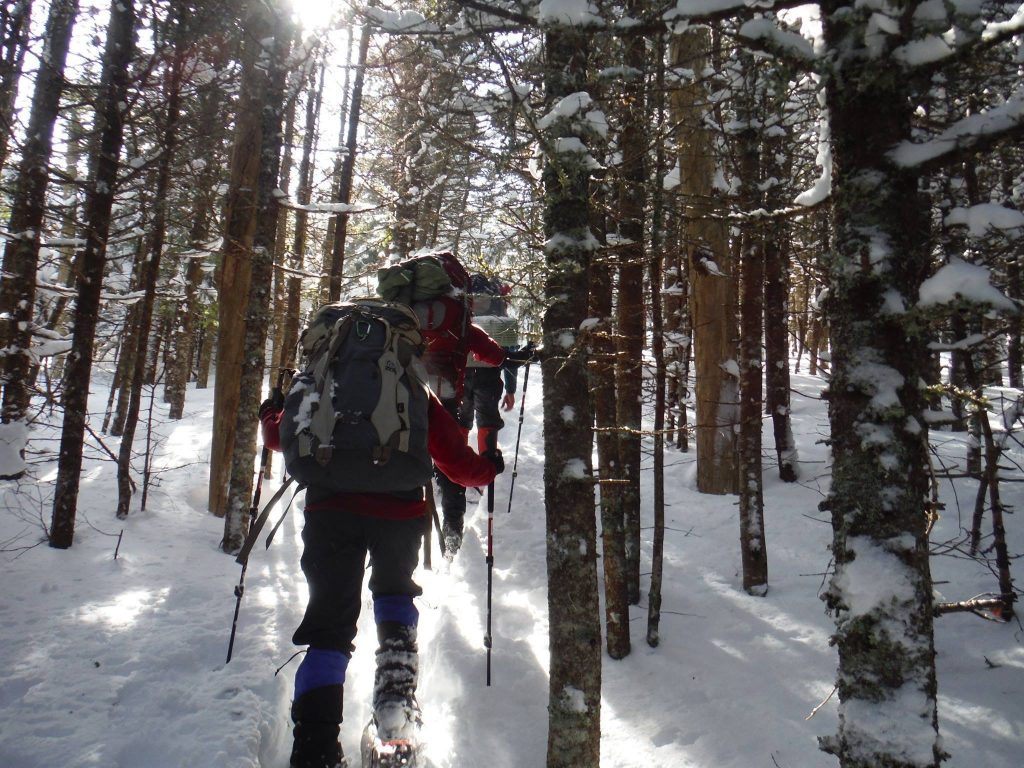 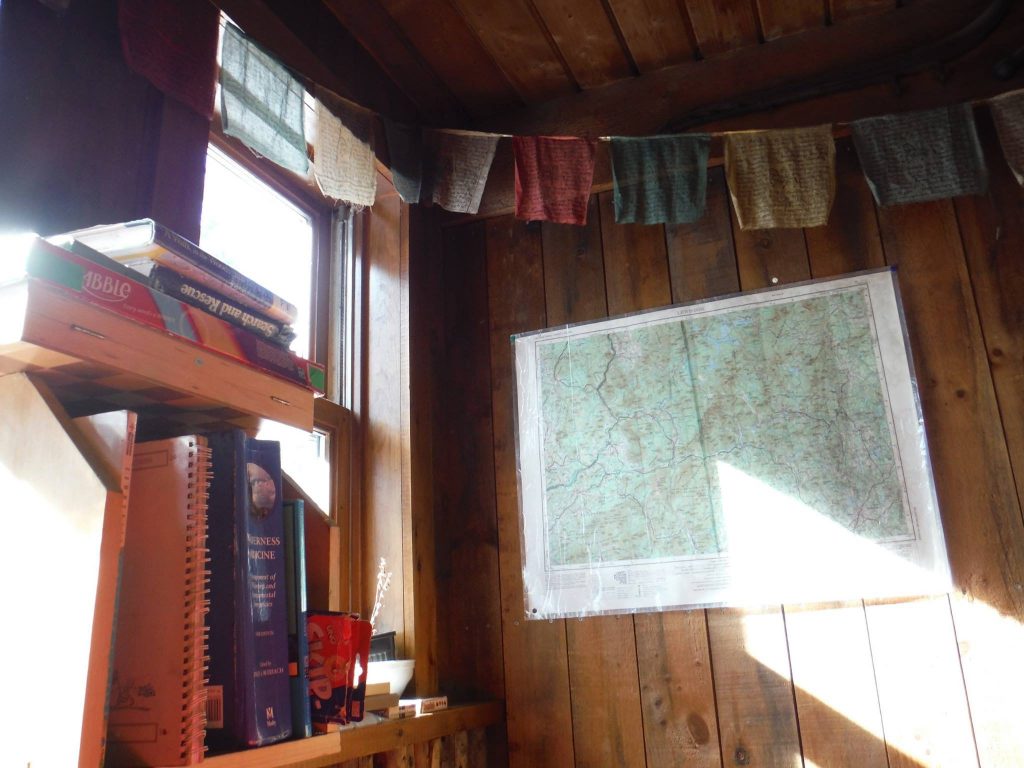 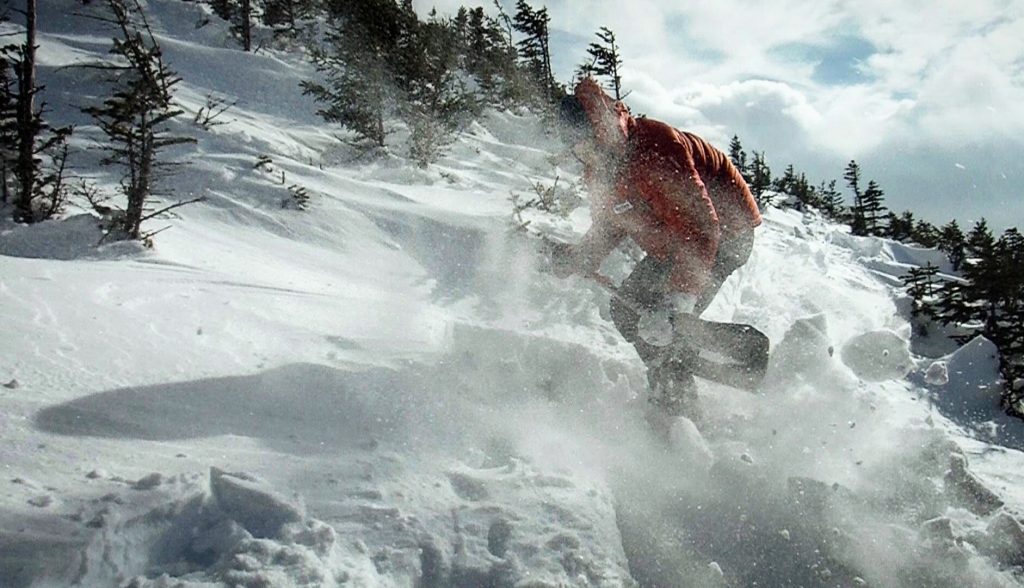 William working on a test pit. 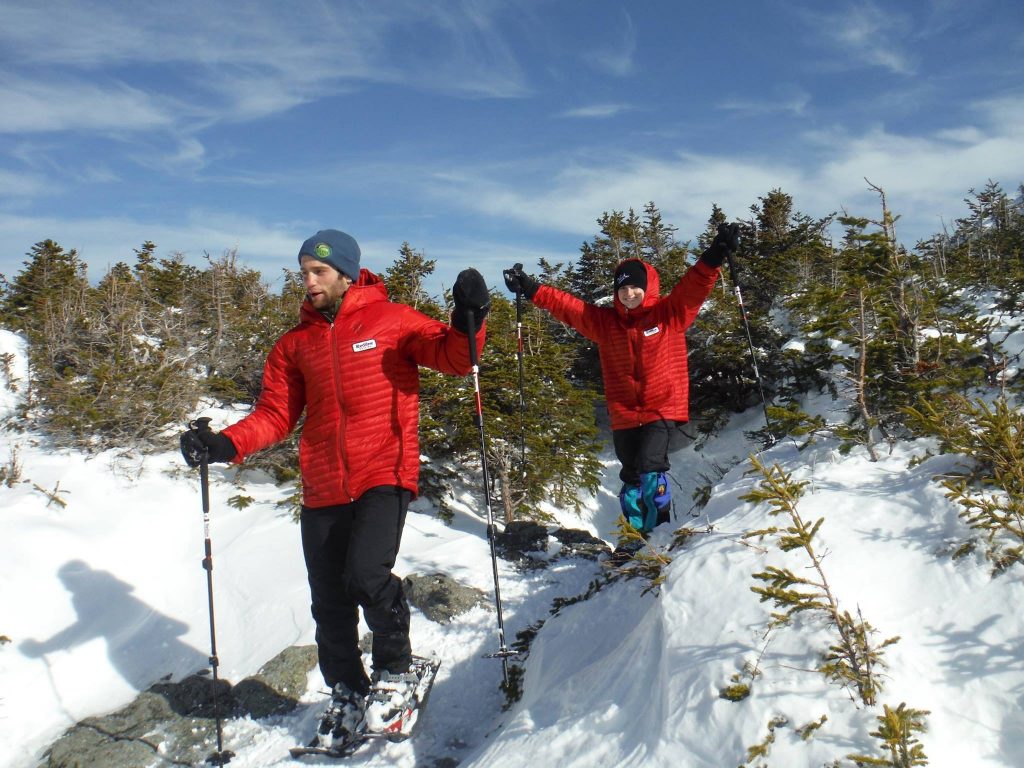 Day one was clear. 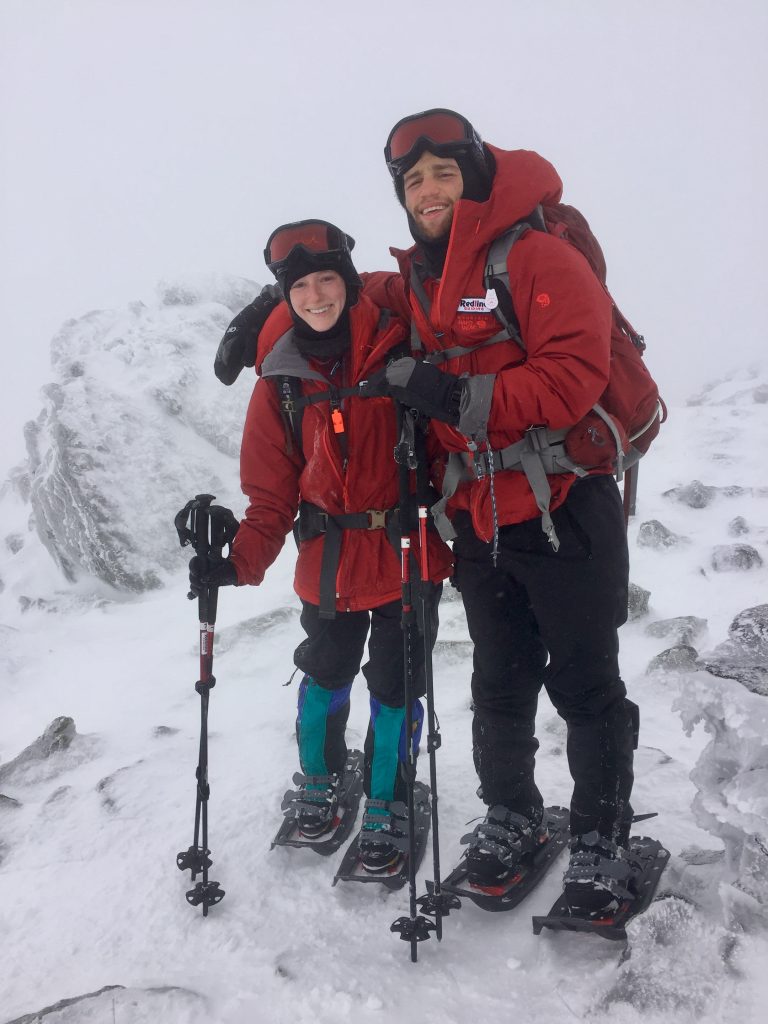 Day two, in the clouds. Our duo on Abigail Adams.